Home » Homeschool Reviews » Your Name, Japanese Anime At Its Best! 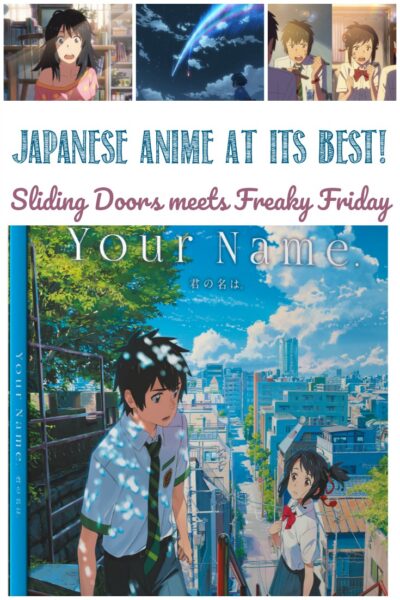 This past weekend Phil and I had the pleasure to watch Your Name, the newest Japanese anime film to be released by Anime Limited.  What a pleasure it was to watch!  It’s right in several genres of movie that I don’t generally enjoy…but WOW!  This movie brings it all together so beautifully! A full 5/5 from us! 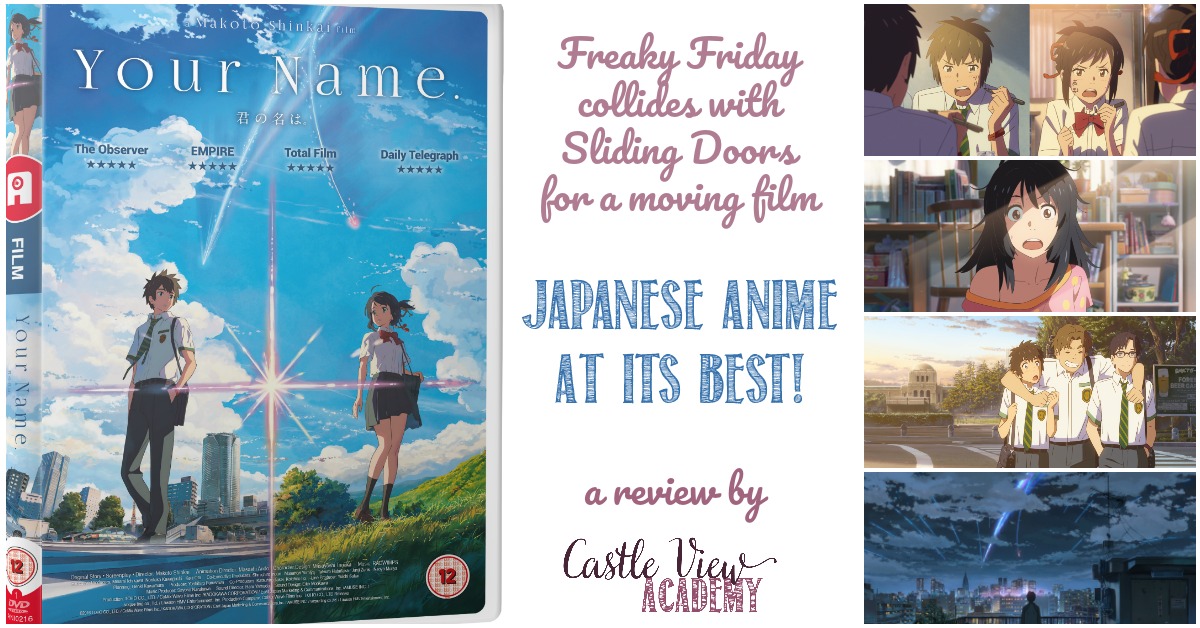 Fetch remembered that I enjoy Japanese culture and sent me a review copy of Your Name to watch ahead of its official release on DVD and Blue Ray.  What a surprise it was to receive it in the post and know that our date night entertainment was taken care of!

After the kids were settled into bed and Phil and I had some nachos and drinks ready, we started watching Your Name.

Taki is from Tokyo and Mitsuha is from a country village and along the way they find that their lives have been intertwined for generations.  In their dreams they switch bodies and become the other, which of course, leads to some funny situations as you can imagine; waking up in a strange bed in the opposite gendered body and trying to live the life of someone else. 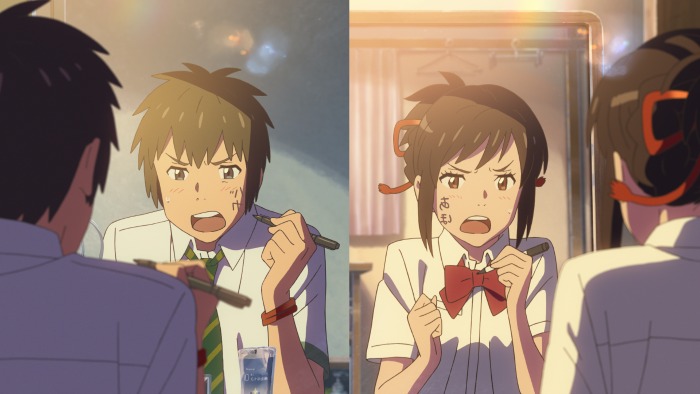 Over several periods of body-swapping, they learn more about each other and learn to deal with the random swapping by leaving each other messages in their mobile journals.  They feel a deep connection with each other.

Taki begins to draw detailed pictures of Itomori, the town in his dreams.  One day in a cafe the owners recognise the location and Taki discovers that several years prior it was destroyed when a comet split and a meteorite hit the village, killing all of its inhabitants. 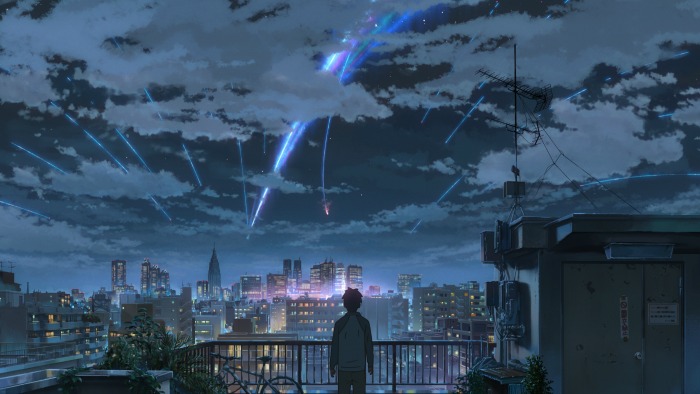 Can Taki contact Mitsuha and form a plan to save the town?  Can they cross the time divide?  Will they ever meet each other ‘in person’?

One thing is certain. If we see each other, we’ll know.

But is this even possible?  Who would ever believe such a story?

Your Name is a cross between Freaky Friday, Sliding Doors, and with a dose of time travel thrown in for good measure.  Time travel is one genre that I have never been a particular fan of…but it works so well in this movie! 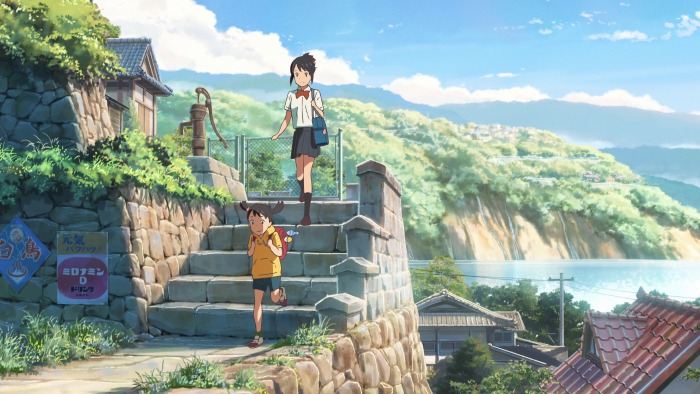 Growing up I was never a fan of animation, either.  However, Japanese anime is on a completely different scale, and is an art form in its own right.  There were a few scenes, the forest in particular, in which everything looked so real, it was like I was right there with the characters.  I could imagine myself in the Japanese Alps, near my Japanese hometown of Toyama and remember the cooling of autumn after a humid summer, the sounds of rain dripping off the bamboo trees, and see the spiders making their webs amongst the Japanese maples. 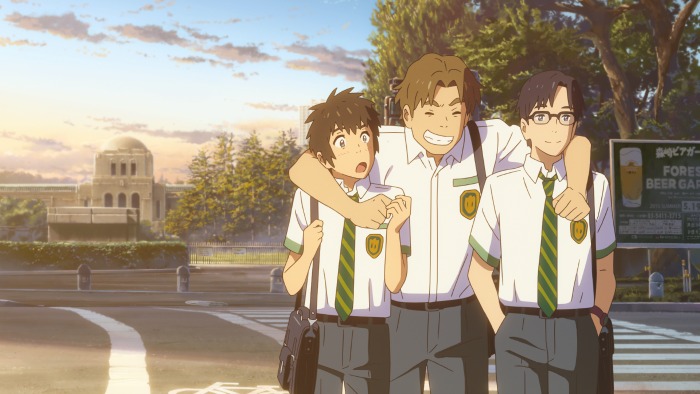 We watched My Name in English with English music, but the next time we watch it together we’ll do it with the Japanese music.  I will be looking for the soundtrack to this movie!  There is also the option to watch it in Japanese with English subtitles, which I think will also be a good experience for practising the language.

There are also extras that include trailers and other Makoto Shinkai films, in which you’ll see a theme running.  There were one or two that caught my eye especially and we’ll be looking into sourcing them soon.

Your Name will be coming to DVD and Blu-Ray on November 6th, but you can pre-order now!

The Deluxe Edition of Your Name will include special packaging, numbered art cards, a poster, book, and 27-track CD soundtrack featuring RADWIMPS.

I can see why this special movie has made it previously to IMAX screens, and is now in development  a live-action Hollywood film directed by J.J. Abrams.  So pull up a cushion, make yourself comfy, and watch your favourite version of Your Name and enjoy!

Previous Post: « Two Times The Fun With These Origami Kits!
Next Post: Where A Smile Meets A Giggle; A Fun Day Out At Smiggle »