If you’re not aware, our first child, Tristan, was borne extremely premature at 28 weeks and 5 days (79 days before his due date).  You can read more about it here and here.  Today is World Prematurity Awareness Day and I’m going to share with you some of the important work that has been happening in the United Kingdom to learn more about it:  the causes, its affect on families, and how to improve the outcomes of premature babies. 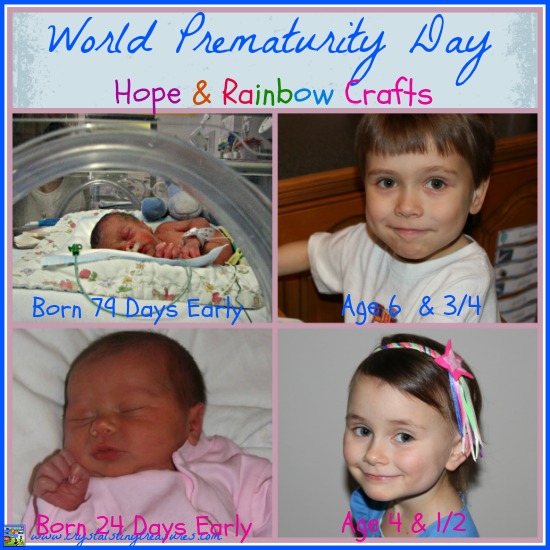 Last November, while writing my post about how the Tiny Life Charity helped us, I came across a survey asking for opinions on what we thought were the most important questions for researchers of prematurity.  I completed it and ticked the box stating my further interest in helping.

January saw me in London for a James Lind Alliance workshop.  The JLA is a project funded jointly by the National Institute for Health Research (NIHR) and supported by the Medical Research Council.  Its aim is to provide an infrastructure and process to help service users and clinicians work together to agree which are the most important treatment uncertainties affecting preterm birth and neonatal care. In order to influence the prioritisation of future research in this area.

It was terrific to see a room mixed with Mothers, Grandparents, midwives, developmental psychologists, neonatal nurses and doctors, researchers, charities, PhD students, and a woman who had been born premature,  all together with a common goal in mind.  Usually research is directed from pharmaceutical and medical industries, but this time the questions are being asked by the people who are personally involved with premature babies. It was a draining day, but I felt so much better about things.  It really helped my head and my heart to know that I’ve had a say in the direction that future research will be going.  Perhaps now I can start to let go of some of the deep guilt I feel over my children’s early entrance into this world.  There was a lot of background prep before this workshop happened, 3 years in fact, but in my opinion it was all very well worth it.

It was an eye-opener to me about how little is actually known about premature births, even down to the strict feeding routines in neonatal that are scheduled with a certain amount of time between feeds, and the number of ml of milk depends on the weight of the baby.  There isn’t any scientific evidence this way works best, but it’s what they do.   The only sure thing known is that breast milk is the best thing for premature babies if it’s at all possible as it’s the only thing that will protect a baby against necrotising enterocolitis, a not uncommon occurrence, but it can be very deadly.

Usually only a top 10 list is completed during the workshops, but on this occasion it was agreed by all that it just wasn’t possible…so a Top 15 list was agreed upon by everyone.

1)  Which interventions are most effective to predict or prevent preterm birth?

2)  How can infection in pre-term babies be better prevented?

3)  Which interventions are most effective to prevent necrotising enterocolitis in premature babies?

4)  What is the best treatment for lung damage in premature babies?

5)  What should be included in packages of care to support parents and families or carers when a premature baby is discharged from hospital?

6)  What is the optimum milk feeding strategy and guidance (including quantity and speed of feeding and use of donor and formula milk) for the best long-term outcomes of premature babies?

7)  What is the best way to judge whether a premature baby is feeling pain (for example, by their face, behaviours, or brain activities)?

8)  Which treatments are most effective to prevent early onset pre-eclampsia?

9)  What emotional and practical support improves attachment and bonding, and does the provision of such support improve outcomes for premature babies and their families?

10)  Which treatments are most effective for pre-term premature rupture of membranes?

11) When is the best time to clamp the umbilical cord in pre-term birth?

12) What type of support is most effective at improving breastfeeding for premature babies?

13) Which interventions are most effective to treat necrotising entercolitis in premature babies?

14) Does specialist antenatal care for women at risk of pre-term birth improve outcomes for mother and baby?

15) What are the best ways to optimise the environment (such as light and noise) in order to improve outcomes for premature babies?

I’ll be following closely to see what research is being conducted and what the outcomes will be.  Even though future research won’t directly affect me, I know the difference it will make to the babies born prematurely each year in the UK.  Prematurity is the leading cause of infant deaths, and the effects of a premature birth can last a lifetime and affect everyone around the person.  Since my children were premature, they are now also at a higher risk of having premature babies themselves.

I was glad that there was a Canadian observer in attendance to take the information back to Canada, so they can learn about what is happening in other places.  Tiny Life is also working on a project in conjunction with the University of California, San Francisco to get information to neonatal parents quicker.  I hope I’ll have more information on this to share with you in the future.

Hot off the press and into my inbox this morning before I pressed ‘publish’ is a fantastic article written in this month’s issue (Vol 10, issue 6, 2014) of Infant, “The Process and Outcomes of Setting Research Priorities About Preterm Birth – A Collaborative Partnership,”  which nicely discusses the whole process from start to finish of making the Top 15 a reality.  These collaborative workshops are the way forward, in my opinion, as they ask the questions that are important to the people dealing with the issues and then the folk with the funds can focus their research where it is most needed, which may not be where they initially thought it was.

Since the Top 15 wording was finalised earlier this year, most of the effort has been in advertising the Top 15 and getting the word “out there” to researchers and corporations.  A letter has been published in the Lancet, a poster has been created (and won a prize), and the Top 15 has been presented at various meetings around Europe.  This is only the beginning, I can’t wait to see what the future will bring.  I know it won’t be immediate, but the process has begun.

Helen Drew of Craft Ideas For Kids has is also familiar with premature birth, and she has organised a theme of Rainbows and Stars and a challenge for us to be creative with our children and make a craft for the day.  Our craft for the day is a pretty rainbow headband with a shooting star embellishment.

If you’d like to learn more about premature babies, Bliss has lots of information on their site.  If you are able, I’d encourage you to donate to Bliss, or an equivalent charity in your area that helps the families of premature babies or researches the subject.

A special thank you to Seilin Uhm (MSc,PgDipi, BA Postgraduate Researcher) for allowing me to use the photos she took during the workshop, and to Virginia Portillo (NIHR Programme Manager) and Sally Crowe (Director, Crowe Associates Ltd.)for their help in forwarding the latest information to me at short notice. 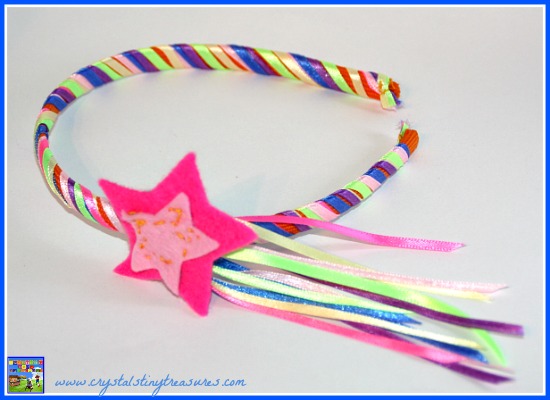 Put the ends of your ribbons together and secure them with a small stitch.  I also used a little fray-check on the ends.

Stitch the ends of the ribbon firmly to the inside end of the hair band to hold them in place. 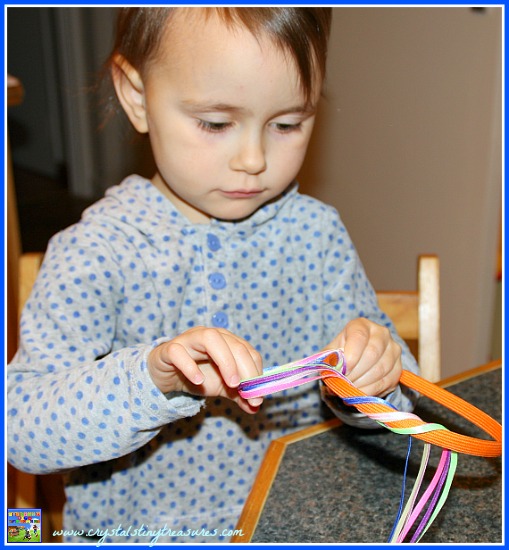 Wrap the ribbons around and around the hairband until you reach the other end.  Then stitch them in place again as you did on the first end. 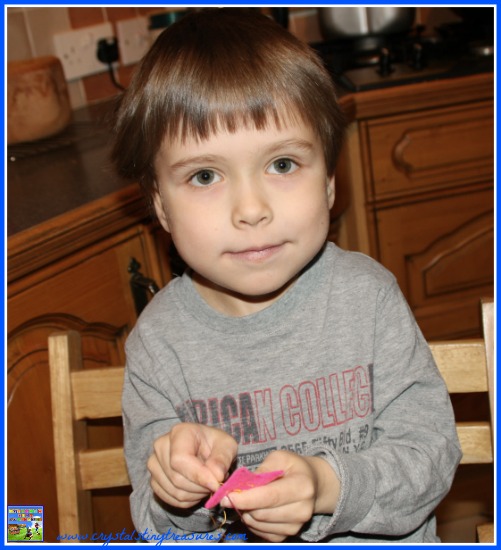 Tristan joined in to make his little sister’s hairband by cutting out two pieces of felt in star shapes and sewing them together with some embroidery floss.

This star was then stitched onto the rainbow hairband and it was done.  A pretty new hairband for Kallista!  She’s loving it! 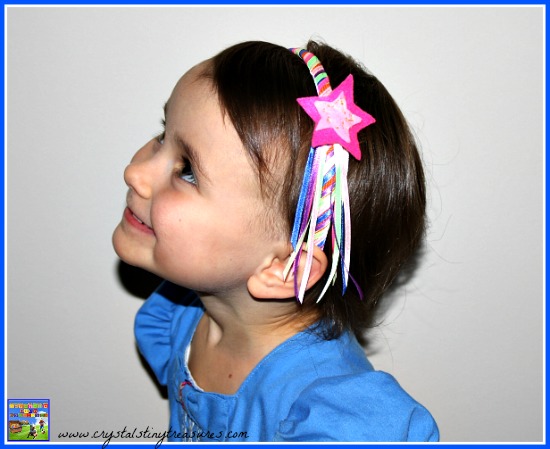 This post is part of an amazing Rainbow Blog Hop dedicated to supporting World Prematurity Day and UK based charity Bliss – who provide the best possible care and support for all premature and sick babies and their families.

Check out these other posts: 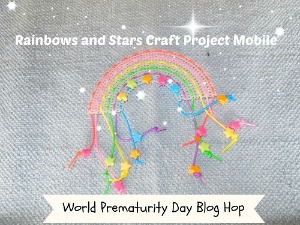 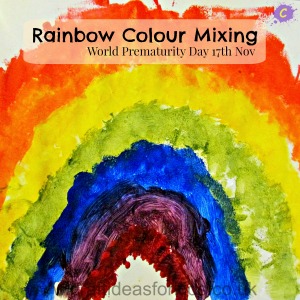 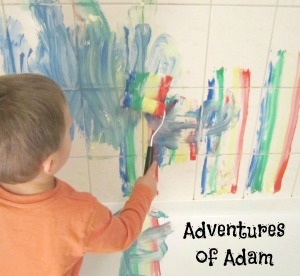 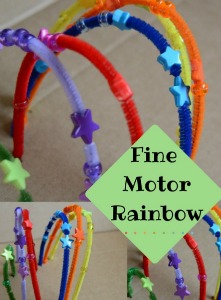 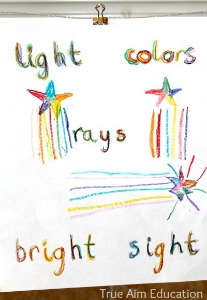 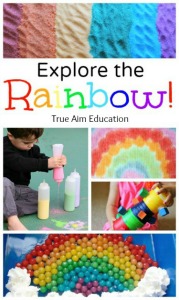