Have you caught the Winter Olympic fever yet?  We were all abuzz from the start, watching Mark McMorris win the bronze medal in Slopestyle Snowboarding last weekend while competing with a broken rib!.  We were even more excited when we discovered he’s from my Canadian home town of Regina, Canada!  We decided to capture the moment by making Winter Olympic peg people. 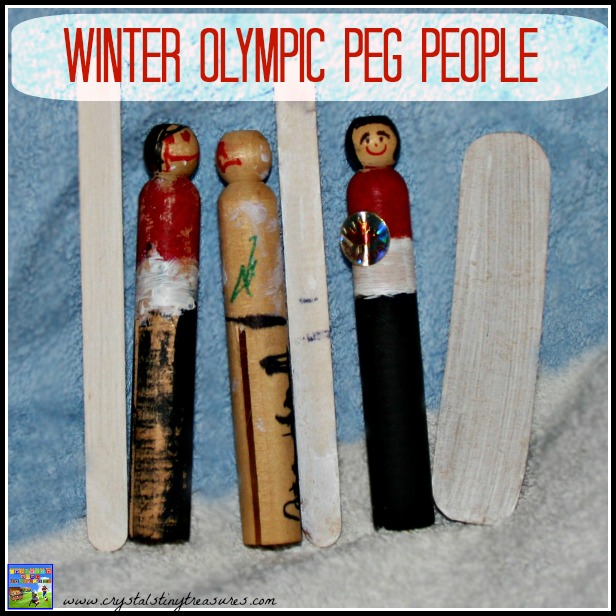 Because I’m Canadian, and my children are half Canadian we’ve definitely been cheering for Team Canada, though it’s been close when Canada have played against Great Britain!  Really, we cheer more for the enthusiasm and skill of all of the athletes rather than which country they represent.  Sporting is an opportune time to teach children about equality and tolerance of all people.  And there have been some fine moments of sportsmanship examples this year.

These are the first peg people we’ve made.  I’ve had the wooden pegs in the craft draw for over a year waiting for their grand appearance, and this seemed like the perfect time to bring them out of hibernation.

Our Winter Olympic peg people were so easy to make:

I used acrylic paint on my figure while the children used a combination of felt-tip markers and acrylics on theirs.  I thought it might be easier for them to use markers, but the acrylic paint went on so smoothly and had excellent coverage they soon gave up their markers and went for the paint, too.  We painted our Winter Olympic peg people in the Team Canada colours. 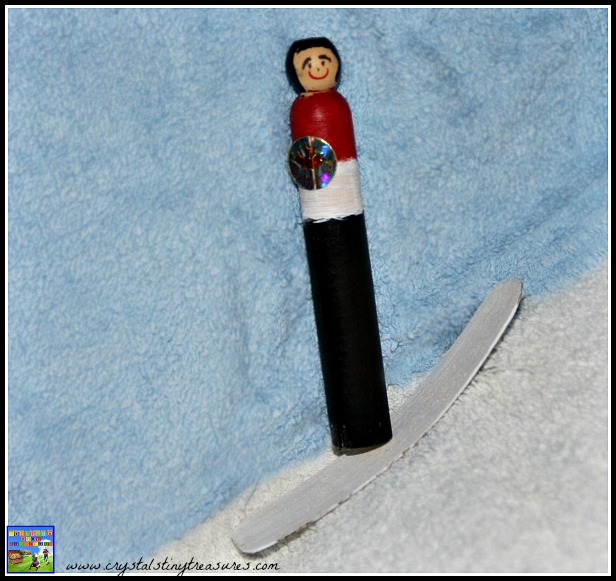 We used the markers to make the facial features on the figures, and I added a little Canadian sticker to the front of my figure.

For the snowboard I cut out a light piece of cardboard and painted it white.  The children painted wooden craft sticks white for their luges.

It only took a short time for the acrylic paint to dry before we were able to have some fun with our Winter Olympic peg people ‘team’. 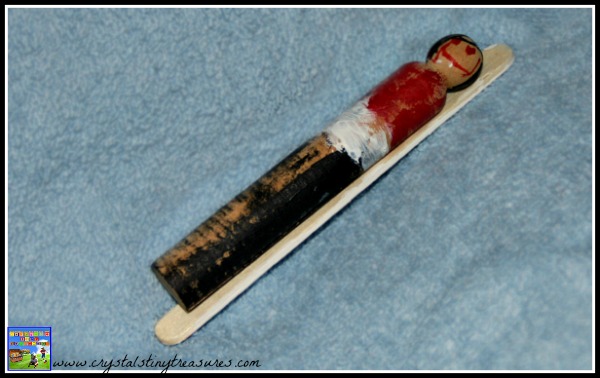 My peg person represents Mark McMorris.  The children decided they wanted to make luge competitors after being glued to the TV screen and awed that they go even faster than Daddy drives!

We’ve not only caught the Winter Olympics bug, but the peg people bug now too!  I’m sure you’ll be seeing more of these little guys and gals around here in the future. 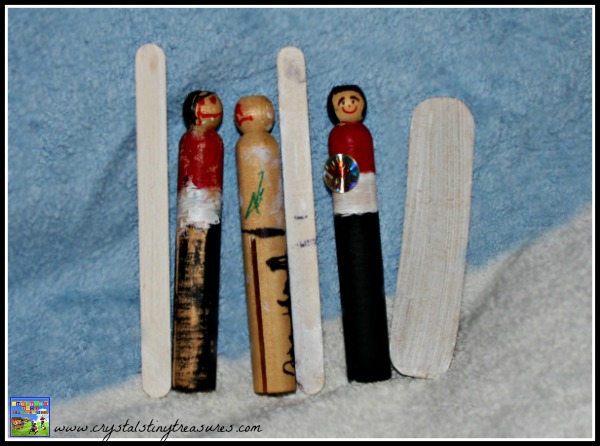 What is your current favourite crafting supply?

If you’ve liked this idea, why not have a peek at our other Olympic-themed ideas?