In our most recent Degustabox, we received a packet of Deli Kitchen Skinni Wraps and I didn’t have a lot on hand to make them into.  Usually my children want everything to be exactly equal in order to be fair….but I didn’t have enough of anything in the fridge to do this…only leftovers.  What’s a mom to do? 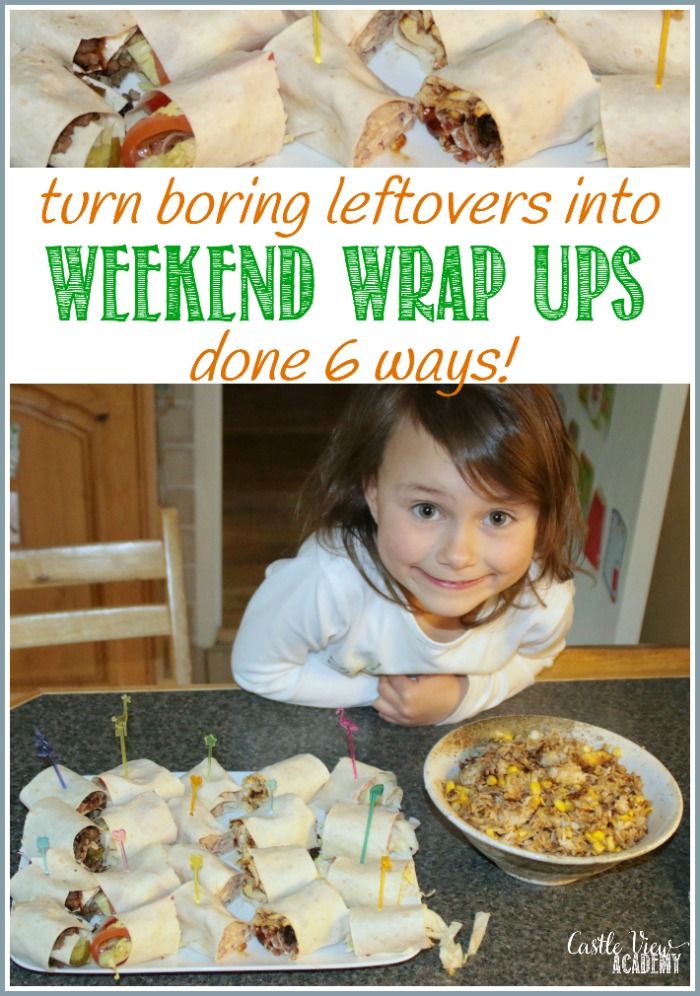 Well, I’m sure there are those occasions when you, too, find yourself with a fridge and freezer full of leftovers, just tiny little bits that aren’t even enough for one person.  I don’t like to throw anything away as it’s such as waste of resources, both financially and earthly.  And this is how Weekend Wrap Ups came to be. (This post contains affiliate links.)

We do from time to time have what we call ‘fridge surprise’ which is when we gather up all the little leftovers and have them for lunch with some bread, and this was similar, but more fancy.

I pulled out all those leftovers and ends of the veggies and almost-done packets of cheese, and lined them up on the counter.

Yes, I thought I could do something with this.

I took out a rectangular serving plate to have ready and then got to work assembling and rolling. 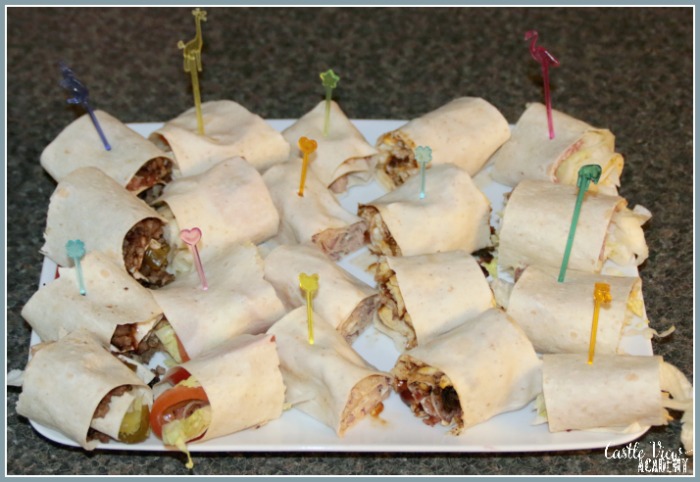 I made 6 different wrap ups:

I sliced the wraps into four pieces each and placed them on the serving plate and added a few little picks to them for some extra decoration and festiveness.

I had some extra rice in the fridge as well, so I tossed it in the frying pan with the extra egg bits, added a little onion, corn, and soy sauce and we had a little side dish, too!

There, now one would hardly recognise these as boring old leftovers!

The top choices as voiced by my family on the night were the bacon and egg and the taco.  Perhaps because they weren’t expecting these flavour combinations.

Also a surprise to all of us was the Banana and jam wrap.  It doesn’t sound so great, but it’s really the same as toast with jam and some banana; just arranged differently.  My only advice would be to be careful when eating this particular wrap as those bananas are slippery and had a tendency to slip out the end of the wrap. 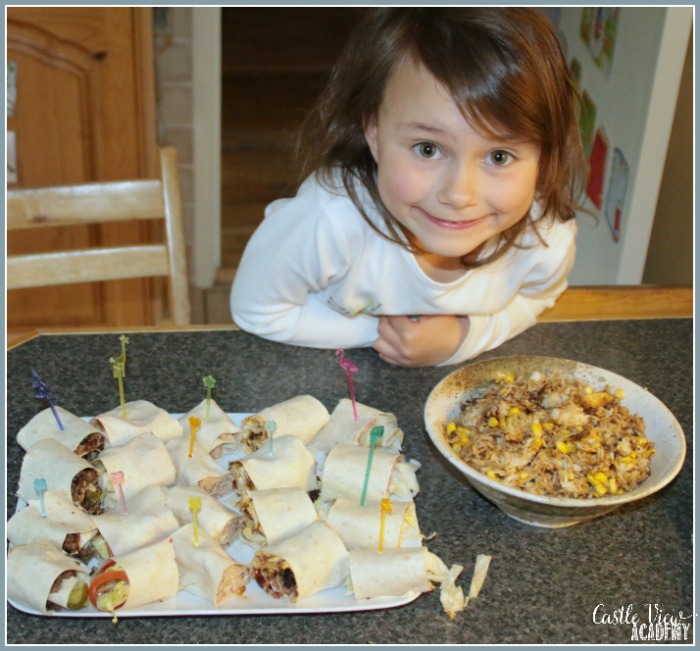 These Weekend Wrap Ups were such a hit, that I’m positive I’ll be making them again.  In fact, we always have a packet or two of wraps in the freezer so I’m thinking any of these combinations would be great to keep those leftovers under control during the week as well!


Do you have any creative ways to use up your leftovers?  I’d love to hear them! Let me know in the comments right down there below this post.