My Uncle Les played with these wooden blocks  when he was a boy (A couple of them even have his initials carved into them), I wonder if he made letters out of them, too? 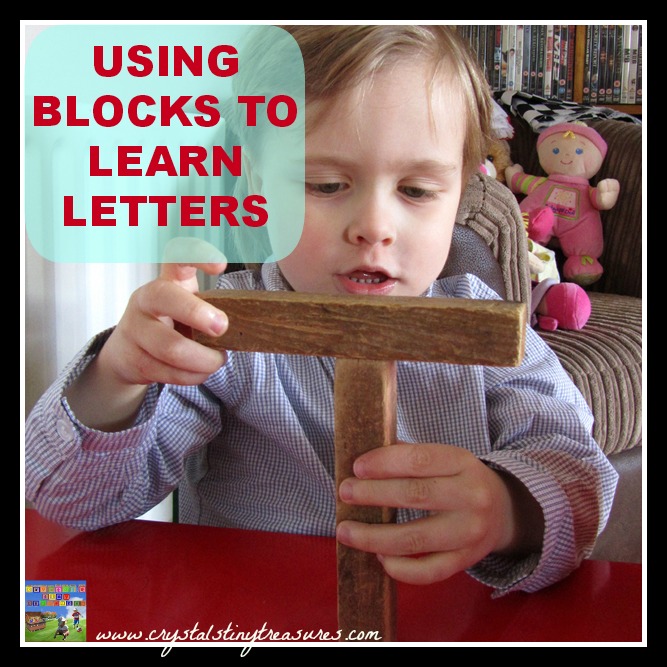 I remember using these same wooden blocks when I was a young girl hanging out with my grandparents two doors down the street.  They were so interesting; soft wood, aged and faded from hours of happy play.  Now my children have them here on another continent, to play and learn with. 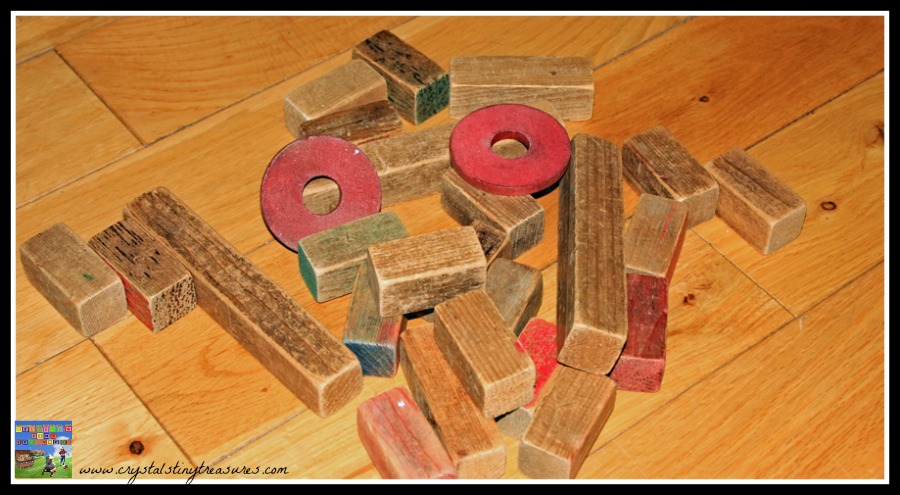 Plain, simple wooden blocks.  What creations they can inspire!  You’re never too old to bring them out and build something with them. 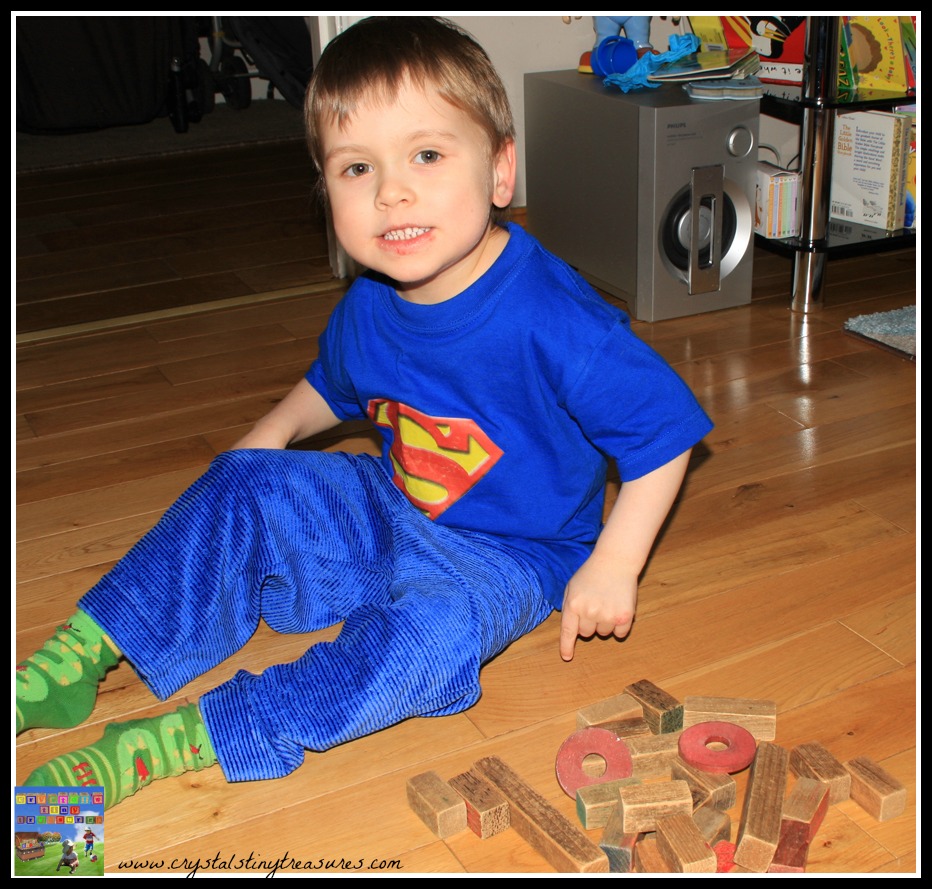 One day we brought them out and built some houses and castles with them.  This was around the time Tristan was just starting to grasp the concept of letters, the alphabet, and how they related to his name.  Often the first letter for a child to learn is the first letter of their name as they can relate the best to it.  ‘Tristan’ has quite a good first letter to learn.  Straight lines and not too difficult. 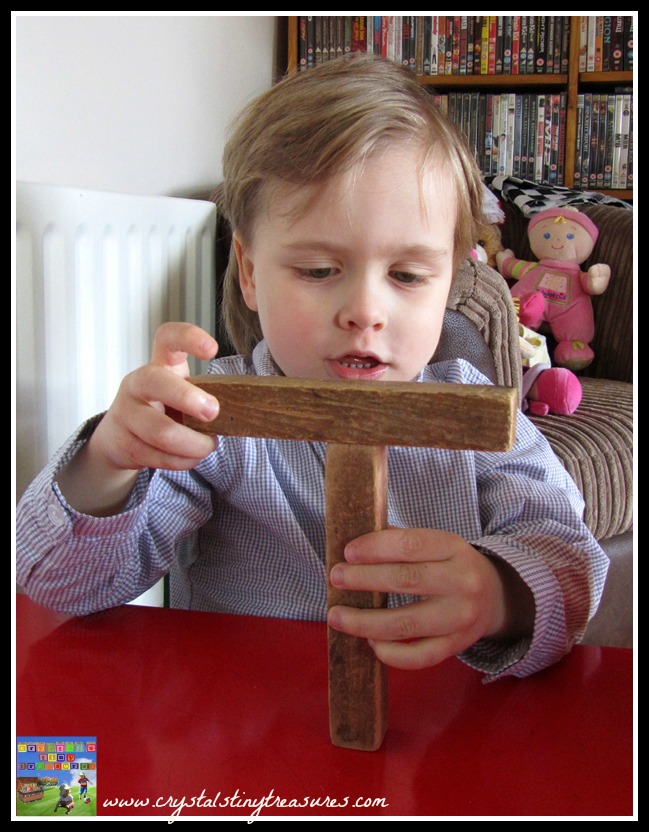 As one thing led to another, we ended up showing Tristan how to make a letter ‘T’ with the blocks.  By the end of the week we had to bring out the mini Jenga set to add more blocks to spell out his whole first name!

By manipulating these little blocks, it was an easy way for Tristan to be able to make the letter himself, and get him interested in how it looked so that later he would remember the block ‘T’ and be able to start printing it himself on paper.

Then it was time to explore numbers. 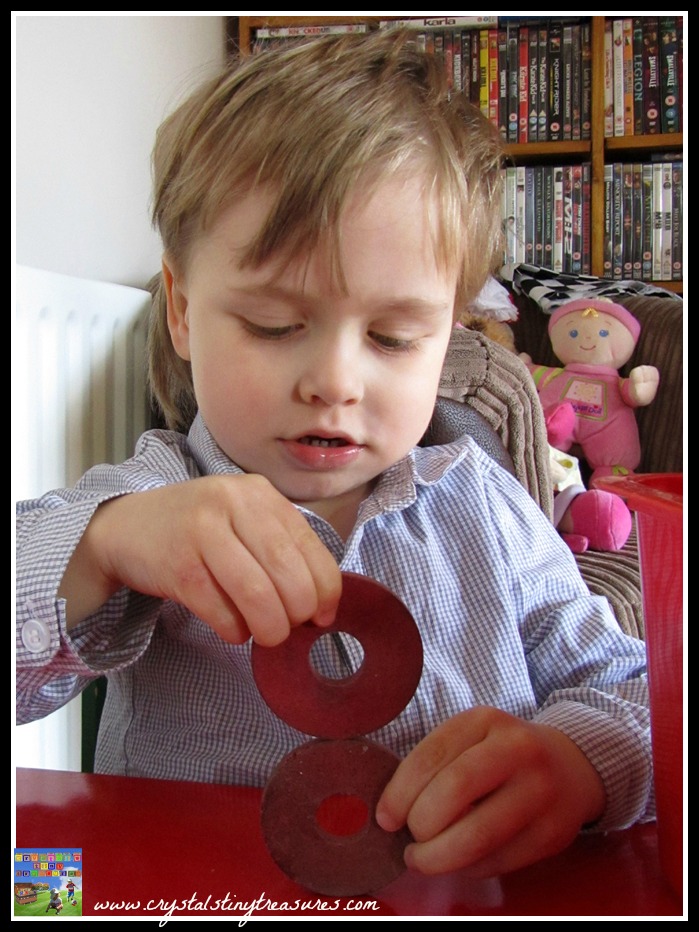 Now little sister thinks this looks like fun and wants to join it! 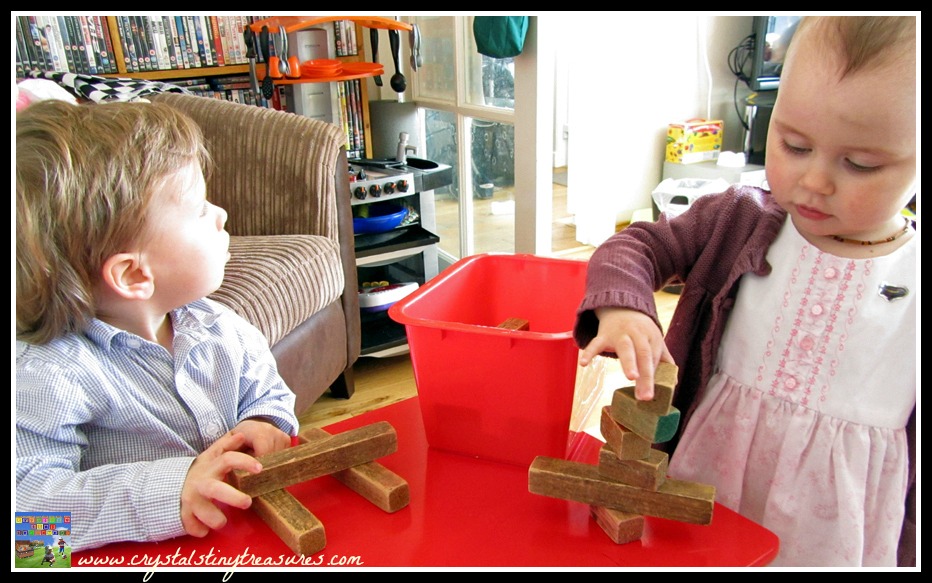 To help Tristan recognise the order of the letters in his name, you can see a blog here in which we made a puzzle for him.

Once Tristan began to recognise letters and associated words with having meaning, he had us stopping all over the village to trace the letters on street signs, which helped with letter recognition as well.

Stop by our Learning About Letters page for more great ideas!