Home » Culture » Europe » The Great UK Coin Hunt Is On! Will You Help? 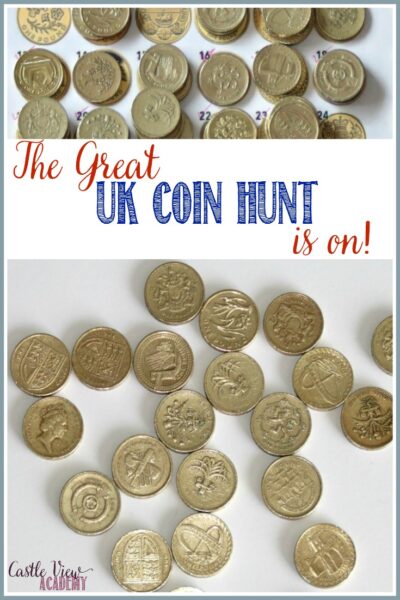 Do you take an interest in your pocket change?  I like to collect coins here and there when I’m able.  Nothing serious, but just out of interest.  The race for me is now on to collect the last 7 £1 coins to finish my collection…can you help?

In May in the UK the Bank Of England old £5 note went out of circulation and was replaced by the new plastic fiver (over which there’s been much controversy) and there is now a £10 note due to be released into circulation.

On October 15th the old £1 UK coins will also go out of circulation.

There have been many ‘tails’ over the 34 years that the coin has been in circulation and I’m on the race to try to collect all of the various designs!

So far, I have 18 of the 24 designs.  Many of the designs were minted over a few years but I’m not quite so picky (nor have so much spare cash) to go that far with this set.

Over the past 13.5 years I’m sure I’ve had most of these in my hands and from time to time I did save them but it was sporadic.  Which means that now I’m looking at all the coins I get in my change to see if they are the ones I need to complete my set:

I even have 6 that aren’t on this list!  Those are the ones down the right of the page: from the Isle of Mann, etc.

So if you see any of these coins, let’s talk and see if we can do a swap for anything that I have duplicates of.

Strangely, I have the rarest of the set – but not the most common!  How is that possible?

The new 12-sided 2-toned replacement is already circulating and has overtaken the old coins in my change purse.  This new coin is thought to be the most secure in the world, which is needed as currently about 1 in 30 £1 coins are counterfeit!

This new coin also has these special features:

With all of this change, Ulster Bank here in Northern Ireland is also getting in on the action and announced this week that they will also be moving to plastic £5 and £10 notes…but the fact that here in Northern Ireland we have 4 banks that each print their own notes, (which is in addition to the Bank of England notes and the 3 Scottish notes) means that there’s a lot of currency floating around.  Yes, I think I’ll leave that explanation for another day.

In the meantime, please keep your eyes open for these old £1 coins and let me know if you can help me out!