Last month the children and I had a chance to travel the world in Belfast!  It wasn’t what we had expected to do, but it was a lot of fun!  How did we manage to do this? 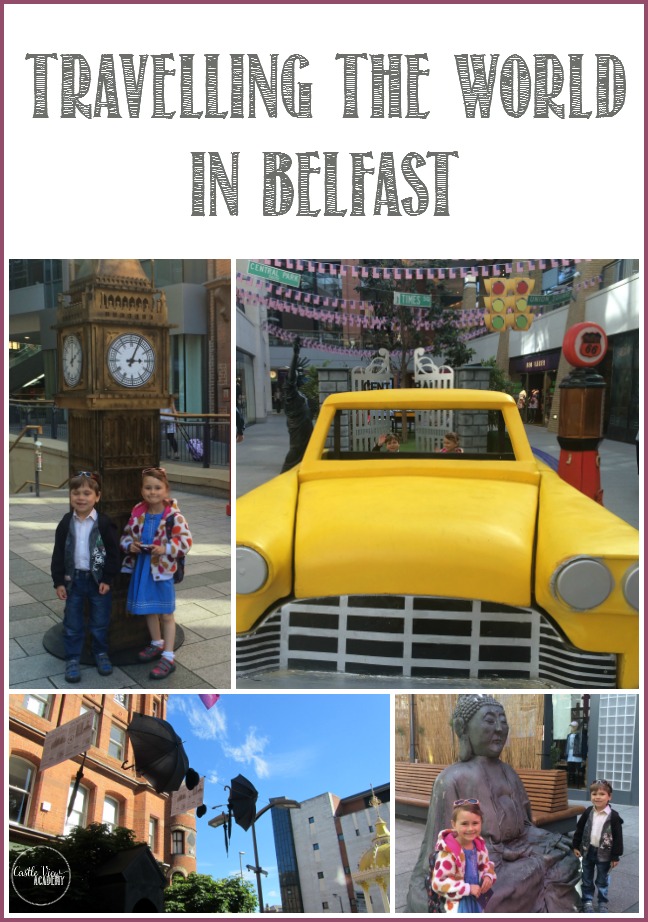 We were heading into Belfast to meet up with Olga, who we’d previously exchanged cultural packages with through the post.  She had travelled to Northern Ireland for two weeks to immerse herself in the English language while taking an English course in the city.

Tristan, Kallista, and I left early and travelled by train.  We had planned to wander around, do a little shopping and see what we could see. 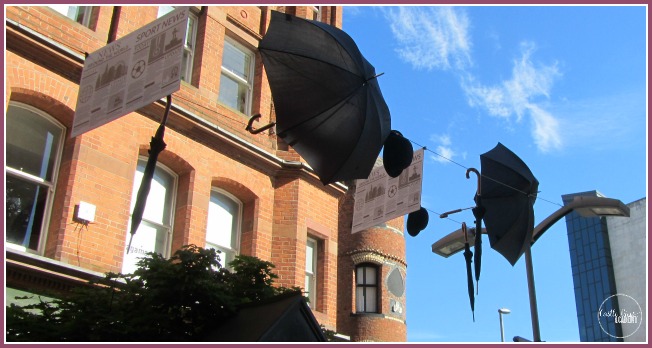 We weren’t even into the Victoria Square mall yet and we were greeted with a London double-decker bus, a red phone box, guardsmen, Big Ben (yes, technically it’s now known as the Queen Elizabeth II tower – Big Ben of course being the bell within), and a line of umbrellas and newspaper headlines strung up overhead.  And let’s not forget a mock-up of the Tower Bridge, too. 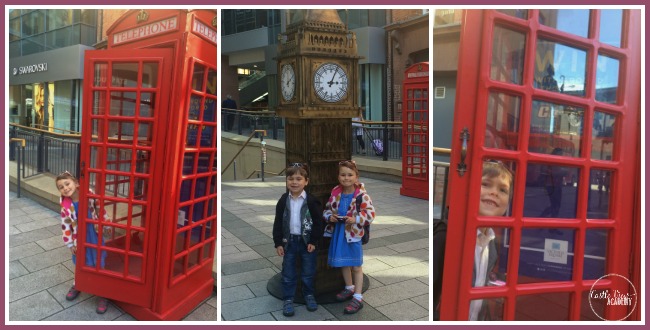 The children were having fun posing with the props, and a gentleman going by must have heard my foreign accent and asked if we’d all like our photo taken together. So, why not? 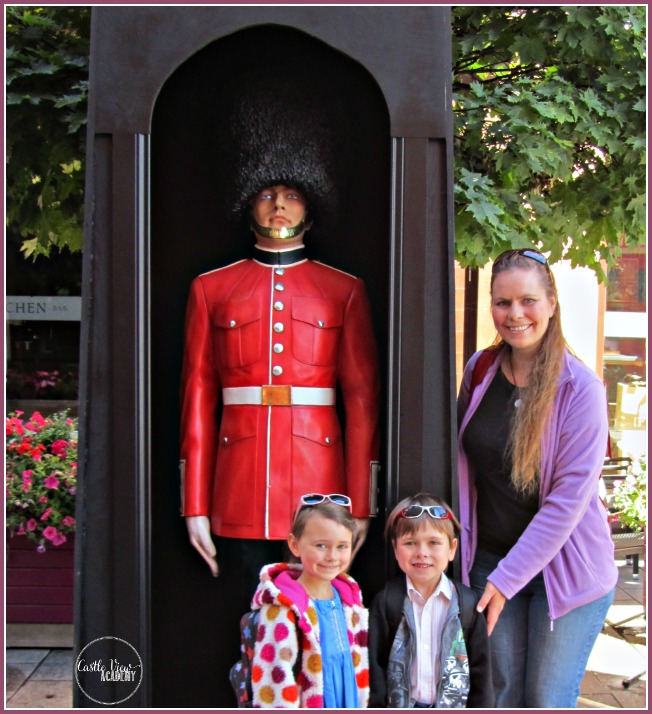 This display was part of a promotion the mall was having.  There were little ‘passports’ for kids with a map and a couple of activities to do.  The suitcase was big enough for us all to fit in!

We followed the map and it led us to New York City next.  The kids posed with a football player, walked through Central Park, and took a ride in a Yellow Cab past the Statue of Liberty. 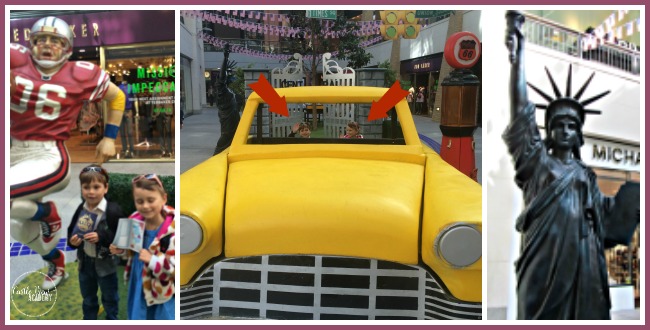 Our next stop was to Asia.  The other two locations were city-specific, but this represented a whole continent.  There was bamboo screening, lanterns, and a Buddha, too.  The children had heard me talk about visiting Japan’s four great Buddha’s but they hadn’t seen one themselves.

READ MORE:   4 Fun History Books For Kids To Travel Through Time And Culture 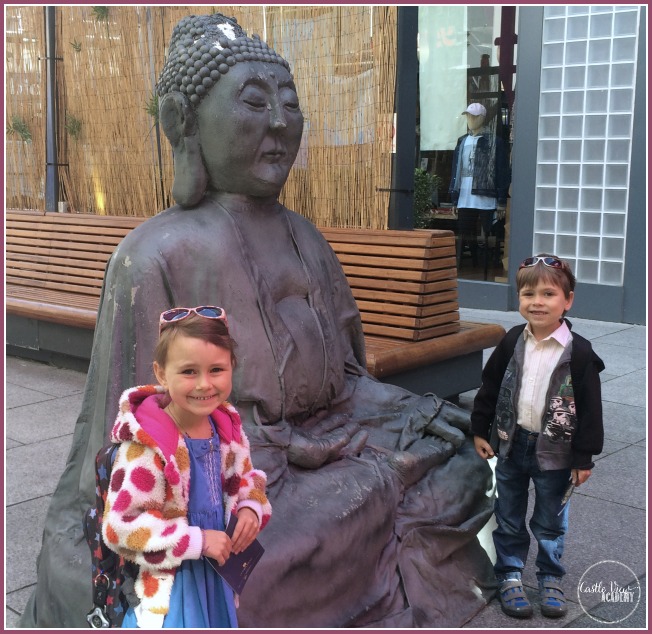 What a fun way to be tourists for a morning!  Arriving early, we had the chance to see the exhibits before they started to become too crowded.  Bonus!

Then after we’d been to the shops, picking up some school supplies and gardening equipment we were ready for the main event of the day.  Meeting Olga who had travelled all the way from Belarus in her quest to improve her English skills.

We went to an historic pub and ate a delicious Irish stew for lunch.  I was enjoying Olga’s company so much that unfortunately, I didn’t take any photos with her.  I’d realised this about 4 minutes after we’d parted ways for the day.  But here’s a photo of a lunch I’d had there last year with Mom and Dad. 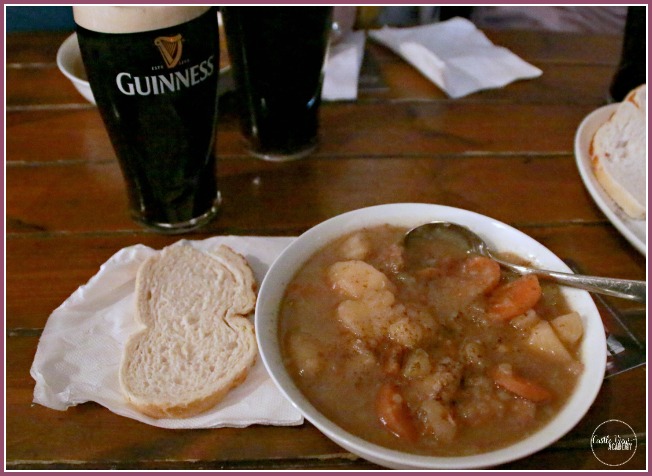 I was totally overwhelmed with Olga’s generosity as she presented us all with special gifts from Belarus.  This will be a meeting my children will remember, and I hope that it will help them to widen their world when they are older. 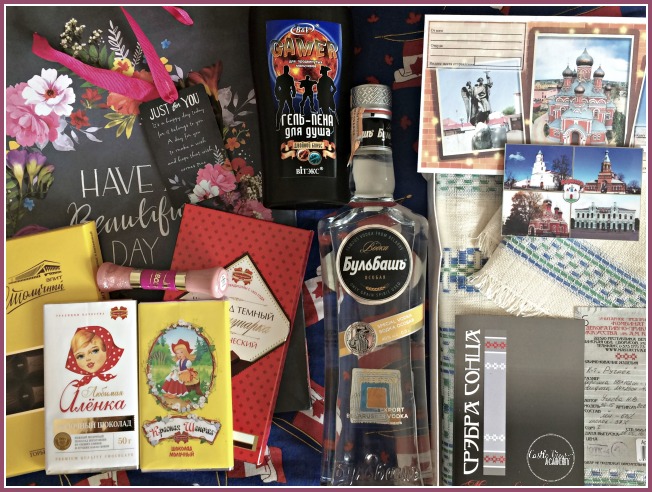 At the moment we can only be armchair travellers and mainly explore the world through books and activities; but one day I dream that my children will be world explorers and find a way to make the world a better place.