Home » Culture » Europe » How Till Spake Norn Iron Like The Locals 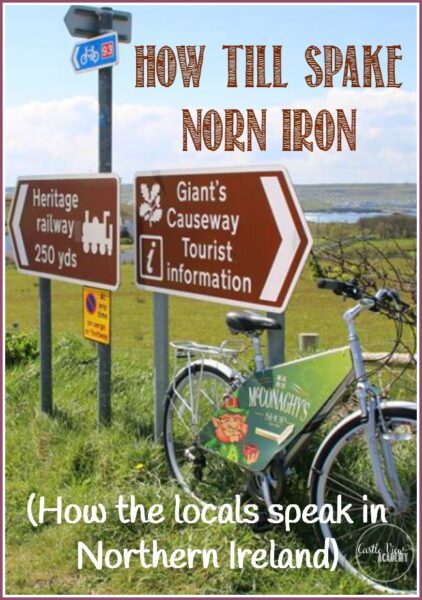 Yes, you’ve read the title correctly, so you have.  Speech in Northern Ireland is a thing all of its own.  I’m sure you’re familiar with different countries having accents, and you may be able to tell the difference between the USA accents from Louisiana, Texas, and New Jersey.  Northern Ireland, however is a much smaller country and there are dozens of accents and regional slang, right down to the food.  Even different areas of the city of Belfast different! I thought it would be fun to share with you how to spake Norn Iron – or a few of the words and phrases, anyway. 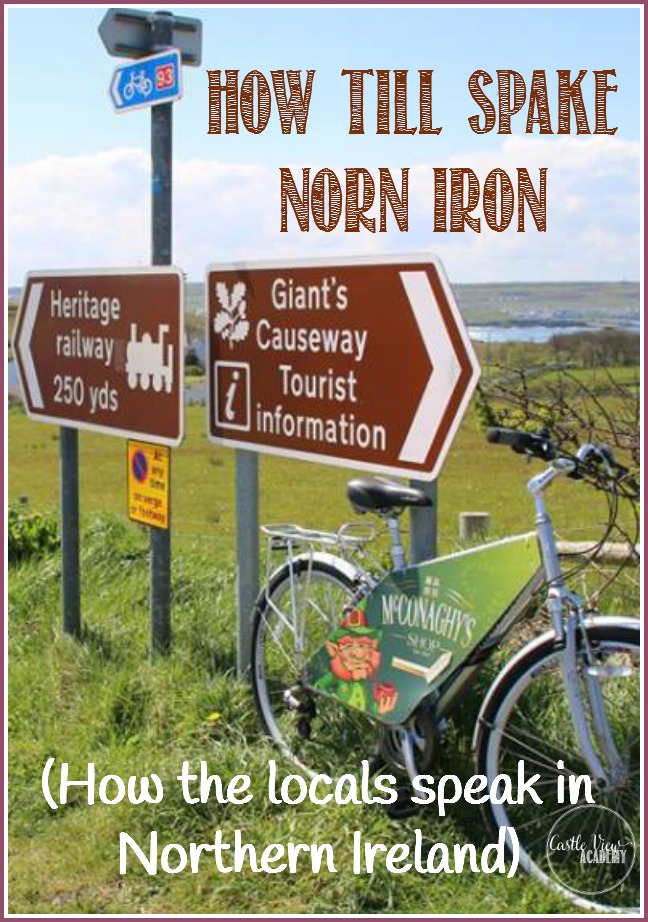 How Till Spake Norn Iron

1) How till spake Norn Iron, if you haven’t figured it out yet, means how to speak Northern Irish.  Norn Iron is actually how locals pronounce Northern Ireland.  And in some areas may even be shortened to Norn Irn.

2) This next phrase took some getting used to, but as my children have grown up here in Norn Iron, it’s second nature to them.  When my parents visited last spring, you could see the cogs turning when Dad was trying to translate from Norn Iron to Canadian. 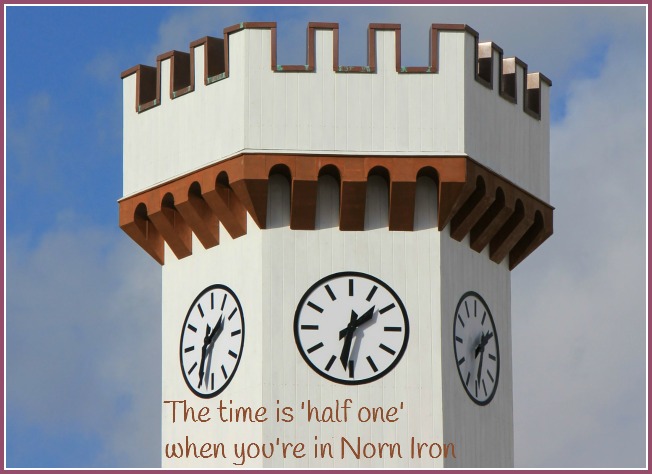 Half four is the phrase…or half three, half eight, etc.  It’s how you may answer the question “What time does the library open?” or “What time is it?”  Instead of replying with “The library closes at 5:30” you’ll more often hear “The library shuts at half five.”  So half five is not half of 5 (2:30), but rather half past 5!

3) My throat is sore, do you have any lozengers? Of course, this means a lozenge, or a cough drop.  The packaging doesn’t have an ‘r’ in the spelling, but it’s always pronounced as if it does.

4) ‘Bout ye can be heard in Belfast, and you’ll now find tourist T-shirts with this slogan on them.  In Norn Irish speak, it’s a passing greeting.  You’ll often hear this when you walk into a small confectionary, walking down the street, or at a pub.  It would translate as “How are you?” but it doesn’t always require an answer; sometimes a smile, a nod of the head, or a similar acknowledgement is just as fine….of course, a simple “fine, and you” is nice as well.

5) Windee, as in, “Did you see that bird fly past the windee?” It’s a window, not a strong breeze.

6) Wee, is very common and you’ll hardly go by a day without hearing it, or using it yerself.  It means small, tiny.  As in, “Pass me that wee book over there, will ye?” 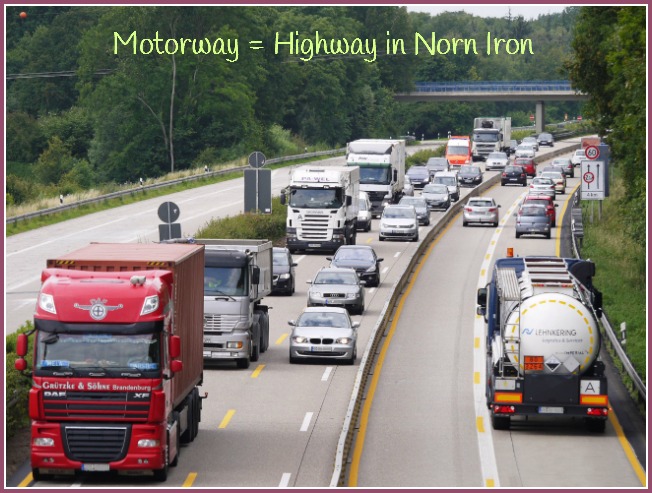 8) A footpath is a sidewalk.  The concrete walkway beside a road.

9) A boot is a form of foot wear, but it is also what folks in Northern Ireland call the trunk of a car.  “I locked my keys in the boot, now I will have to break the windee to get into my motor”

10) A motor is commonly used to refer to a vehicle.  “Thar’s the rain on, I better go close the windees in me motor so the seats don’t get soaked.”

And there you have it, your first lesson in how till spake Norn Iron!  I hope you’ve picked up a useful phrase or two.  There are so many more local words, that I’ll be bringing you more again in another post…check out this one concentrating around the theme of food!

Are there any local phrases where you live?  You may not even be aware of them!  Share yours below in the comments and let’s start a collection of useful terms for travellers!