Home » Recipes » Dinner » How To Cook Teriyaki Chicken With Rice 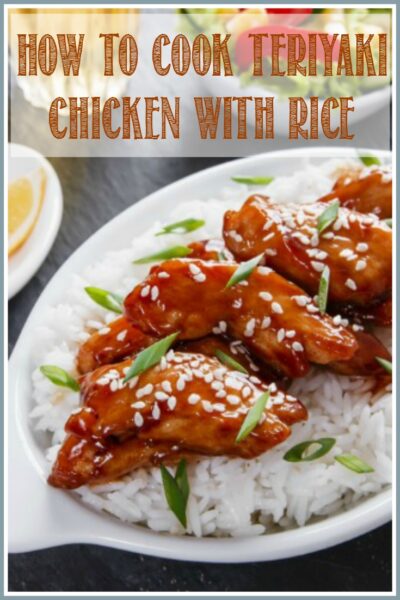 Today’s guest post is by Susan from Cook The Stone. She’s telling us the secrets to make our own homemade teriyaki chicken with a sauce that can be used with a variety of meats and vegetables…and it’s very easy, too!

Learn how to cook one of Japan’s most popular dishes, teriyaki. This teriyaki chicken with rice recipe is delicious and easy to prepare. 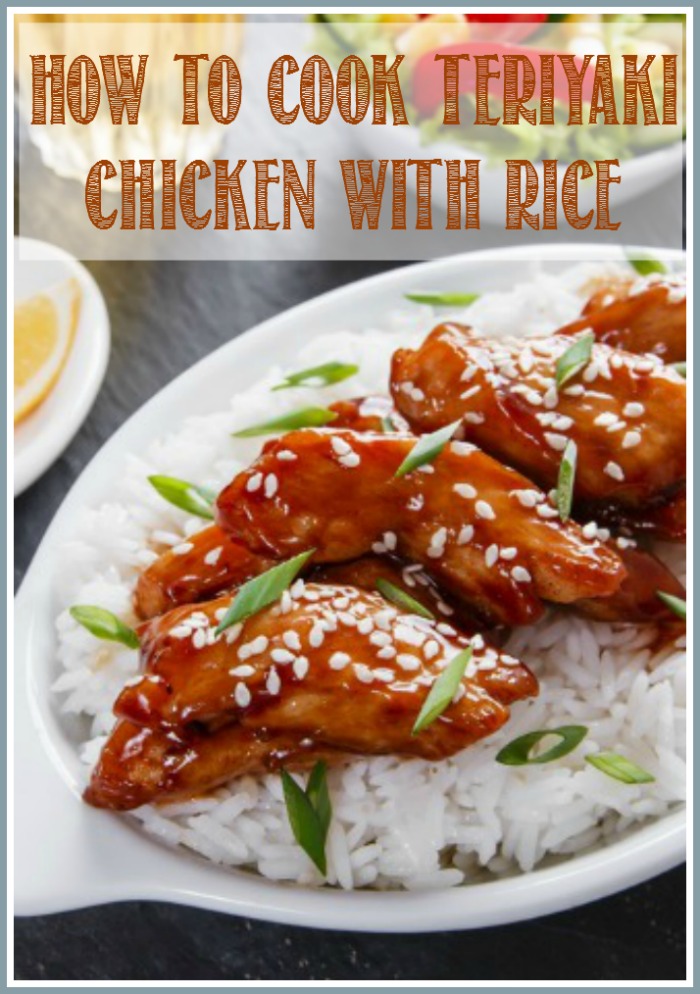 Teriyaki is one of the more popular Japanese cooking methods. For me, any Japanese restaurant can’t be called one if it doesn’t serve teriyaki.

What is teriyaki?
Teriyaki comes from two Japanese words—teri meaning to shine, and yaki which refers to cooking. It is believed that this traditional way of cooking meat was first made in the 18th century by Japanese cooks.

However, it was only in the 20th century when teriyaki became very popular in the United States and elsewhere. Japanese restaurants started to proliferate in the US during the 1960s, with dishes like chicken teriyaki, pork teriyaki and beef teriyaki some of the more popular variations of this type of cooking.

Mirin, a Japanese sweet cooking wine, is one of the key ingredients of teriyaki sauce. This is the ingredient that gives the sauce a good luster.

Mirin has been in use for more than four centuries. It is thicker and sweeter than rice wine or sake, which is formed by the fermentation of steamed rice, rice yeast, and Japanese liquor.

You can get bottled Mirin in most Asian stores. It has a light gold color. But there are some Mirin substitutions to save your teriyaki chicken anytime you can’t find that wine in the kitchen without going to buy a new bottle.

How nutritious is teriyaki chicken?

Chicken is one of the best sources of protein, which our bodies need to grow and repair tissues. It is also rich in other nutrients such as phosphorus, iron, selenium, magnesium and B vitamins. But for sure, these nutrients are not in spoiled chicken, so you need to check the meat carefully before cooking.

You might be worried that eating chicken can increase your calorie and fat levels. That’s true, but you can always skip chicken legs and thighs and opt for chicken breasts instead. The latter is naturally lower in calories and fat. Plus, you can remove fat and skin before cooking chicken to make it leaner.

Another health concern you may have with teriyaki chicken is the high sodium content of the sauce. One way to address this concern is to make the teriyaki sauce to minimize sodium content. 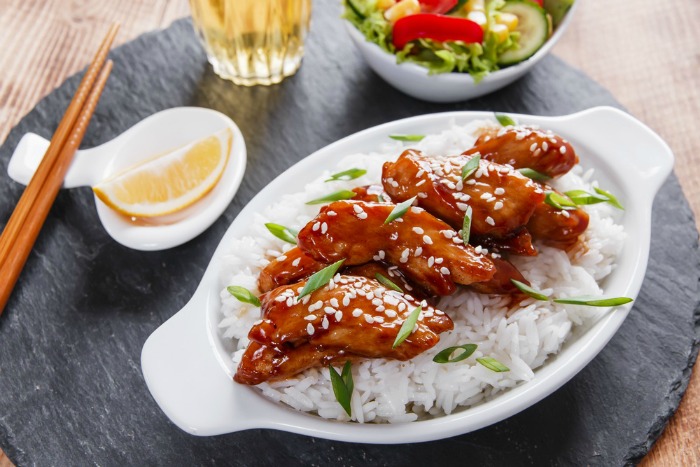 How to make DIY teriyaki sauce

Moreover, you don’t need to go to every Asian store you know because teriyaki sauce requires very simple ingredients.

This recipe makes one and a half cup of teriyaki sauce.

This one is simple to do. Mix the brown sugar, honey, garlic, ginger and cup of water in a saucepan placed over medium-high heat.

Combine the cornstarch with the cold water in a small bowl. Whisk until well dissolved.

Add this to the saucepan. Heat it until it thickens.

If you want the sauce to be thicker, add cornstarch mixture to the ingredients. I’ve tried this once, and yes, this can result in a thick sauce comparable to store-bought teriyaki sauce. 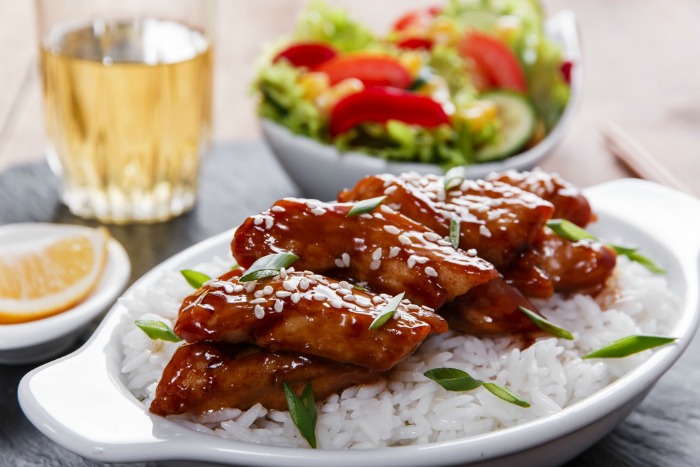 Now let’s go to the teriyaki chicken with rice recipe. This should take you around 20 minutes and can serve 3-4 people.

For the teriyaki sauce, just follow the recipe mentioned above.

Hi friends, it’s great that you’re here. I’m Susan from Cook The Stone. I really enjoy staying in the kitchen to make tasty meals for my family. Hope my post shared today can help you live healthier. Happy cooking!

« Fun Ways For Kids To Recycle: Stories And Crafts
Learning How To Write A Paragraph »