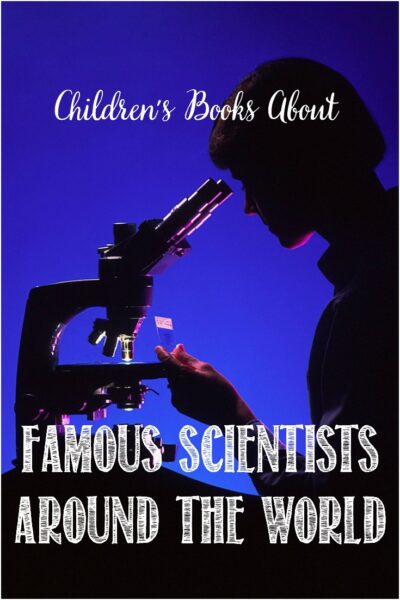 My children have just finished a lapbook about great inventors and this week’s What To Read Wednesday follows nicely along from that and last week’s post about science for kids.  The first scientist was born in 1219, and there are more born every day.  From germs to electricity, these scientists have and are changing the world.  Find out what it means to be a scientist, how to believe in yourself, and gain wisdom from a top scientist by reading the letters he wrote to his grandchildren.  Have fun reading about the lives of these famous scientists around the world! 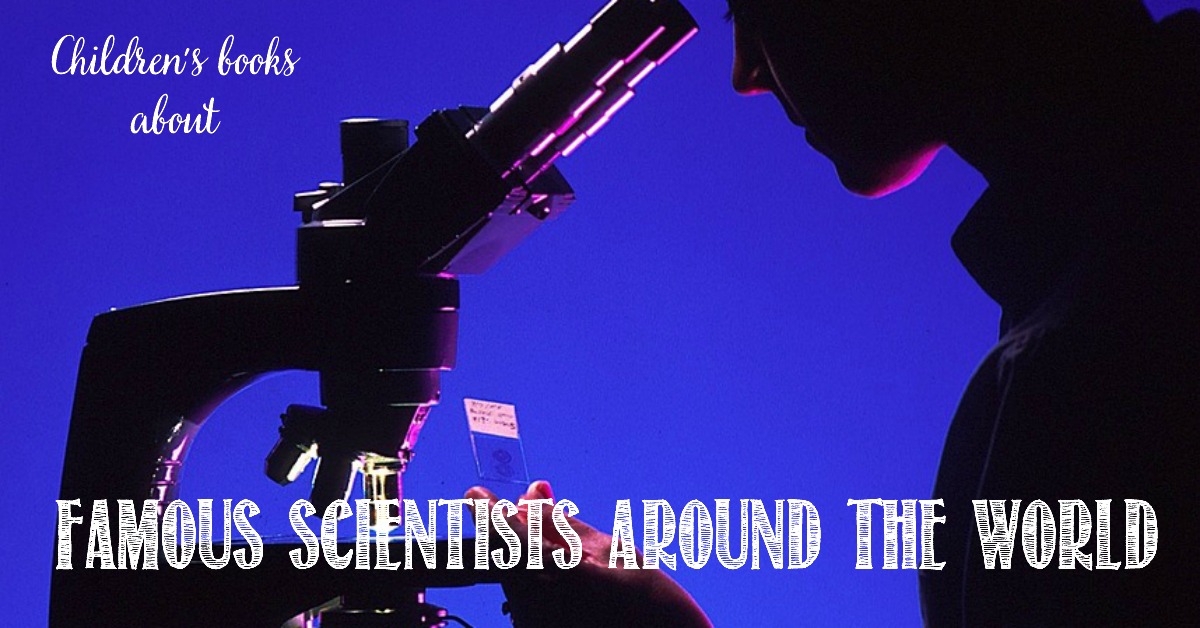 Famous Scientists Around The World

Each week a few of us put together a great selection of books on a given topic and bring them to you to help narrow down the choices for you, each of our hosts share different titles, so have a look around each of our posts for wider choice.

To make things even easier for you, I have provided Amazon links to these books for both my American and British readers (just click on the link and you’ll be automatically directed to your county’s Amazon store).  Enjoy!

How to be a Scientist  Learn about some great scientists and their discoveries (and failures), and be led yourself through probing questions and fun activities to begin your way down the scientific road.

What Is A Scientist ?  It’s one thing to learn about scientists, but what exactly is a scientist?  Find out here.

Science: Quotes from the Most Successful Scientists of all Time  Sometimes just the right quote can provide inspiration as well as a glimpse into a person’s brain.  Ten famous scientist’s and their quotes are what you’ll find here.

The Doctor with an Eye for Eyes: the Story of Dr. Patricia Bath  Dr. Bath didn’t let discrimination or poverty stand in her way to finding a treatment for blindness.  There’s even a note to the reader from Dr. Bath hereself.

The Value of Believing in Yourself: The Story of Louis Pasteur  I loved this story as a child, and I’m happy to know it’s still going strong.  Learn about how a cure for rabies was developed.

Newton’s Rainbow: The Revolutionary Discoveries of a Young Scientist  Newton had a curious mind, and achieved a lot for his time.  Learn how his curiosity led to discovering.

Letters to My Grandchildren: Wisdom and Inspiration from One of the Most Important Thinkers on the Planet  David Suzuki was a big part of growing up in Canada; he had several TV shows and specials where one could learn about a wide variety of topics.  He is all about being at one with nature and connecting to the earth; but that doesn’t mean going back in time, either.  This book is a series of letters he wrote to his grandchildren when they were young.  This book is on my personal wish list.

Odd Boy Out: Young Albert Einstein Learn about how this boy who was physically and mentally different from other children became one of the most important thinkers of the twentieth century.

Marie Curie for Kids: Her Life and Scientific Discoveries, with 21 Activities and Experiments  Curie was the first woman to win a Nobel Prize.  Learn about her work in Poland and why she found her work so consuming that she often forgot even to eat!  There are 21 activities for kids included; from building a carbon model to making Polish pierogies.

The Story of Thomas Alva Edison Life wouldn’t be the same without Edison’s scientific work and inventions; from the light bulb to motion pictures.  Learn more about his life and work.

Time For Kids: Benjamin Franklin: A Man of Many Talents Franklin was known as a man of many trades; how did this general knowledge help him become the man we all know by name?

The First Scientist: A Life of Roger Bacon  Born in 1219, Bacon is considered the first scientist; but he did not lead an easy life as his thoughts in that time period led him to be tried as a magician.  Learn more about him in this book.

« The Greatest Inventors Lapbook
Back To School Degustabox »