Home » Education » Field Trips » A Postcard From…North Carolina: 9 Awesome Things To Do In The Tarheel State With Kids 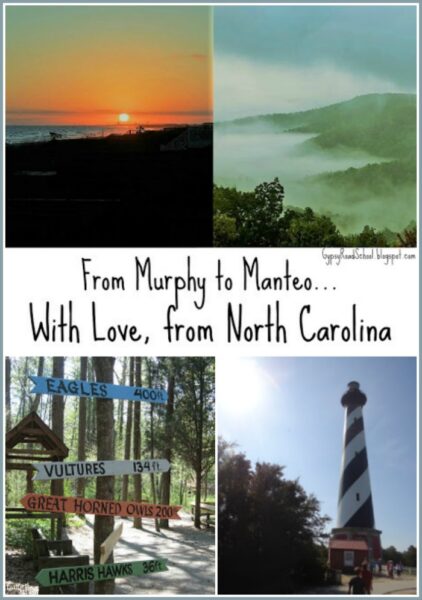 I’d like to welcome Yvie as a contributor to my new series, A Postcard From…Awesome Things To Do Around The World! This year is going to be all about one of my favourite things – travel! If you’d like to share you area of the world, please contact me. Today is a postcard from….North Carolina : 3 Stops in All 3 Zones!

Hey y’all! I am so pleased to be visiting today at Crystal’s blog. I’m Yvie, and you can normally find me at Gypsy Road. Crystal mentioned that she’d like to take a trip to North Carolina and see some of the sights, so I thought it would be fun to point out some of the fun things to see and do in the Old North / Tarheel State… 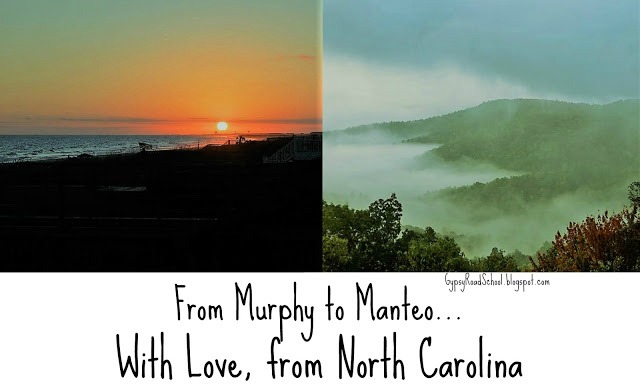 We road-school around the United States, but some of my favorite places to take the boys are in North Carolina. I get to take them to all the places we visited as kids, and experience the memories again through their eyes! North Carolina is divided into the Coastal Plain, Piedmont, and Mountain regions…and we are going to hit three stops in each of them on this tour!

Graveyard of the Atlantic / Lighthouses 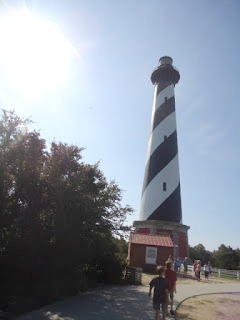 The Outer Banks of North Carolina has a long, rich history full of pirates, U-boats, and shipwrecks! More than 2,000 shipwrecks lie off North Carolina’s Outer Banks. A dangerous mix of storms, shoals, and strong currents earned the area the nickname “Graveyard of the Atlantic.” There are several museums dedicated to the history of the region, and (if you’re bold enough to make the climb in the ocean winds) some beautiful lighthouses with absolutely breathtaking views of the area! 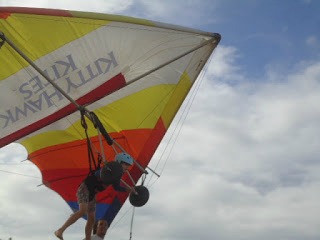 The North Carolina license plate boasts “First in Flight.” When visiting OBX (Outer Banks), we always take time to stop at the Wright Brothers Museum for an aviation day. If the weather is nice, definitely stop by Jockey’s Ridge and do a little bit of hang-gliding as well! They have classes for every level, from beginner to advanced. Feel the wind in your face! 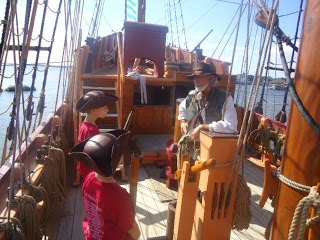 One of the first English settlements to the New World, led by Sir Walter Raleigh, settled in the Roanoke Village of present-day North Carolina. Their story, and the mystery surrounding it, has yet to be solved. There are several museums, plays, and hands-on activities dedicated to the history of this colony and region – and they’re all fun!

The Triangle is what most people think of for this area, so we are focusing on the Triad instead – the other metropolitan region. 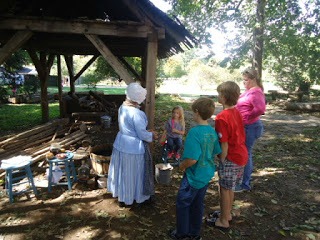 Old Salem has wonderful actors who dress up in 18th century costume and demonstrate daily living and worship in the original community. When visiting, you get to experience life over two hundred years ago through hands-on activities and discussions with costumed re-enactors. We are all about hands-on learning! 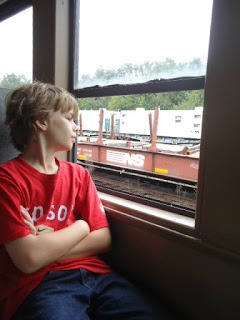 Known to the locals as ‘Spencer,’ this museum has four large exhibit buildings that represent the Southern Railroad’s largest steam locomotive repair facility on the east coast. Buildings include the Back Shop, the Master Mechanic’s Office, the Flue Shop and the 37-stall Bob Julian Roundhouse. The museum is a source of education and fun for the young and old. 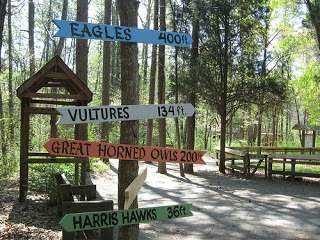 Tucked into the hills of southwestern North Carolina, a magical forest lies full of eagles, hawks, owls, falcons, and their raptor cousins. The Carolina Raptor Center, in Huntersville, is dedicated to the conservation of birds of prey through education, research, and raptor rehabilitation. As an added bonus, it feels like a land of fairies as you wander through the winding forest trails! 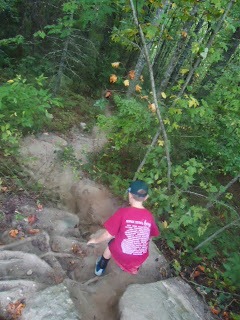 The mountains of North Carolina are known for their stunning waterfalls! Paradise Falls, located near Cashiers, happens to be our favorite to visit for a day hike. The flora and fauna make for a great ecology study all on their own! 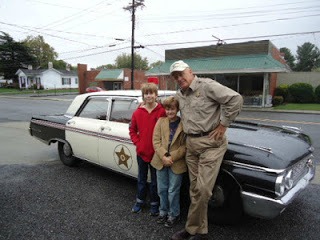 One of our favorite black and white shows is the Andy Griffith Show. Up in Mount Airy (think : Mayberry), they’ve dedicated their tourism industry to recreating the scenes and atmosphere of the show itself. Friendly people, old timey entertainment, good food, and lots of fun can be found here! 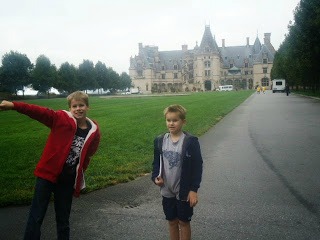 Probably the best-known house in the Tarheel State is the Biltmore House. Built at the turn of the 20th century by the Vanderbilt Family, it features gorgeous architectural design, a winery with its own science lessons, and a hands-on, microscopic look at the history of the Gilded Age.

You can learn more about field trips in North Carolina by going here, but honestly…just stop on by…there’s some Cheerwine and sweet tea over by the barbecue..and there’s always room for one more at the table! 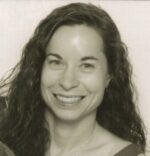 You can find Yvie at Gypsy Road, where she blogs about roadschooling, natural living, and raising boys. She’s also a member of the Homeschool Review Crew so you’ll find lots of interesting homeschool reviews on her blog.

Previous Post: « Using Color My Conversation For Building Confidence In Introverts
Next Post: Québec City Family Vacation on the CKCBH »