To be honest, this all started with Tristan and his Superman costumes.  First he had a ‘put together’ costume from bits around the house.  Then he received a ‘real’ costume.  But then he also wanted to be Clark Kent and have the whole package.  So Daddy used some hair gel and made a little curl in the front of his hair.  And to complete the look I fashioned a pair of pipe cleaner glasses for him. 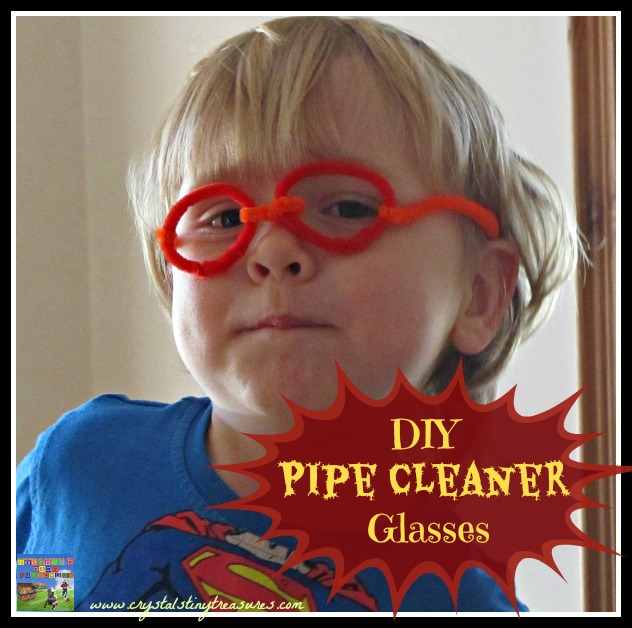 How to make your own Pipe Cleaner Glasses

To make these pipe cleaner glasses, Tristan chose the colours he wanted the glasses to be. I cut a small piece off of the first pipe cleaner and the cut the large piece in half. 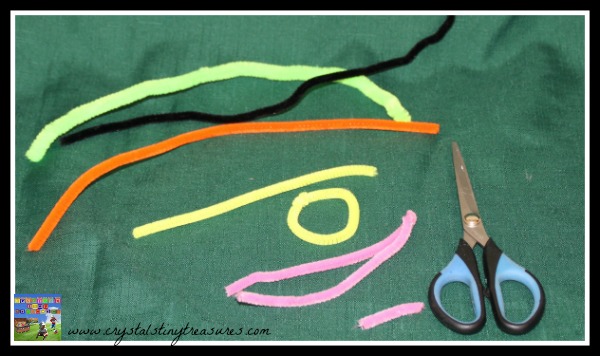 Then I curled each long piece into a circle and twisted the ends together, being careful so that the ends weren’t poking out to cause scratching.  These were of course the lens frames. 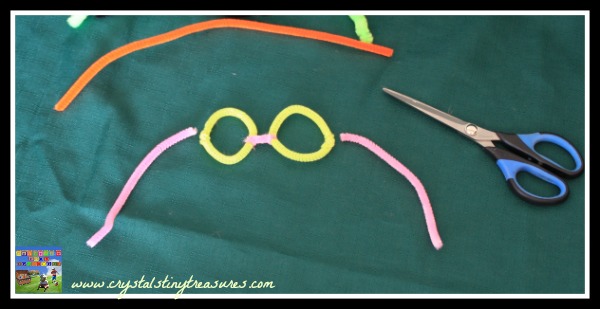 The small piece was carefully wrapped around one circle, and then the other circle to make the nose bridge.

Next I took a second pipe cleaner and cut it in half. Then I wrapped the very end of it around the ‘join’ of one lens opposite side of the bridge.  This was repeated this on the other side.  These were the ‘arms’.

Tristan put the glasses on and I adjusted the arm curvature so that they were comfortable over his ears. 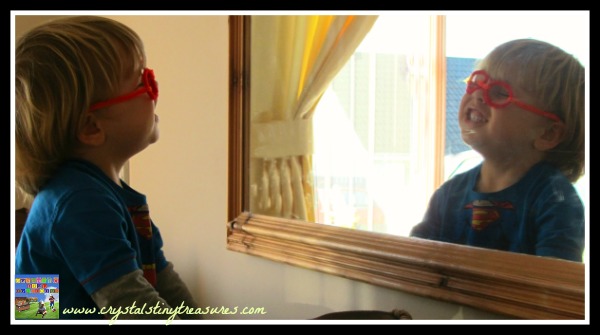 Daddy made a second pipe cleaner glasses style.  For his he took one pipe cleaner and bent the ends into a ring and twisted the end up near the middle, leaving a space between for the bridge.

The arms were made in the same way as for style #1. 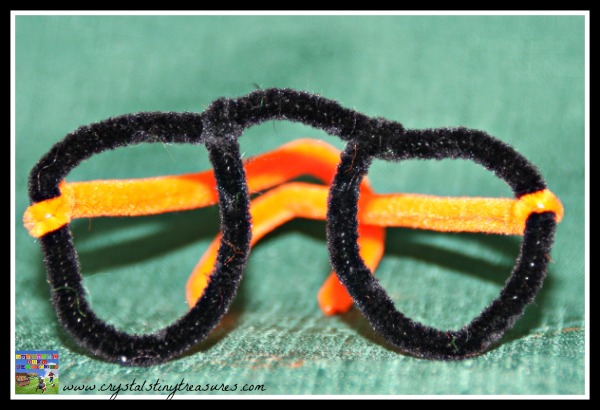 Since the first pair was made over two years ago, the collection has expanded, and the ways they are played with has also changed; though Clark Kent still makes his appearance. 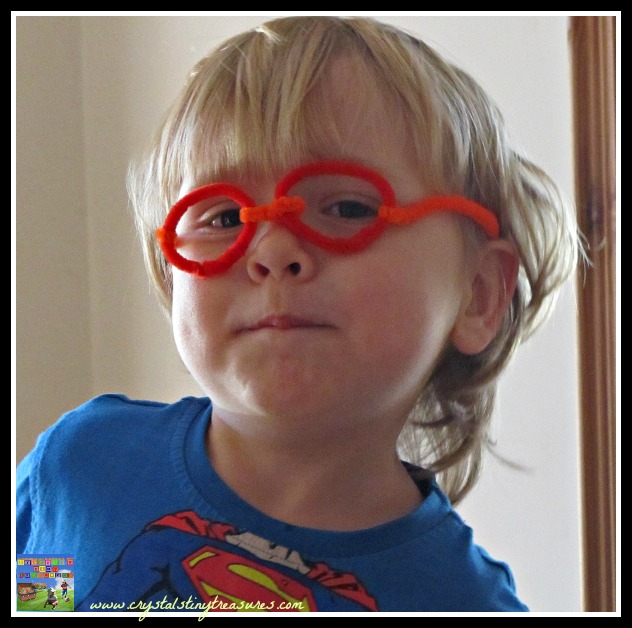 We’ve since been using these pipe cleaner glasses with our optician’s office role-play.