Home » Books » Pepe Builds A Nest; A Story of Friendship and Anti-Bullying 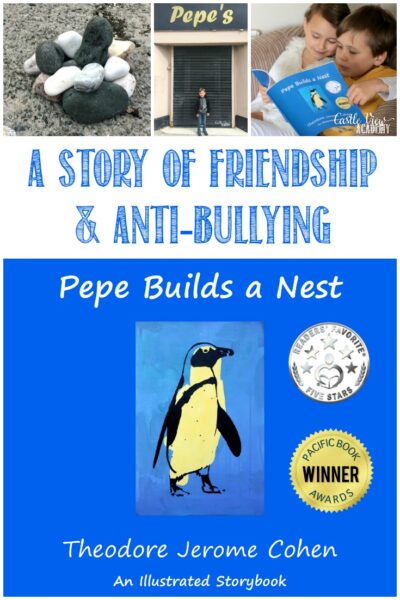 As the weather turns more chilly here, and snow has already fallen in Alberta, Canada, our minds are beginning thinking about the impending winter ahead.  And what symbol stands out when you think of freezing weather?  Penguins, of course!  Today we’d like to introduce you to Theodore Jerome Cohen and his children’s book, Pepe Builds A Nest.

I must thank Carolyn of the Wise Owl Factory for ‘introducing’ Theodore and I.  If you’re not (yet) familiar with Ted (as he signs his emails), let me tell you a little about him and how Pepe came to be.  Ted has led a most interesting life, having three degrees, and spending decades as an engineer; which led him to spend time in Antarctica as a researcher.  In fact, he has even had a group of islands named after him! How cool is that?

Ted’s time in the Antarctic has left an indelible mark on him and has influenced his life since; it’s what has inspired the story, Pepe Builds A Nest (as well as the adult Antarctic Murders Trilogy that you can see here).  While there, he used to watch the nearby penguins and how they would often steel rocks from each other’s nests.  Fifty years later he found that school children loved hearing these stories and the idea for this book was born.

Pepe Builds a Nest is a fun story written in rhyme.  Pepe is building a nest for his love, Miss Amber.  But while he is out searching for the perfect stones and his back is turned, Otto is taking stones from Pepe’s nest for his own.  Otto thinks that Pepe won’t know, but Pepe has counted and knows better.

Otto is jealous of Pepe’s high, well-built nest and thinks it won’t hurt for him to take the stones for himself.  He is full of envy and greed, as well as dishonesty (these are often found together).  It isn’t right that Pepe has been working hard while others are benefiting from it and leaving him with nothing.  Pepe’s friends come to his aid to confront Otto.

“We all can make choices,” said Clyde, Bill, and Claire.

What’s important in life is that you should play fair.”

“I know I was wrong,” said Otto in shame.

Otto and Pepe talk it out and Otto helps Pepe rebuild his nest for Miss Amber and then they all lived happily ever after. 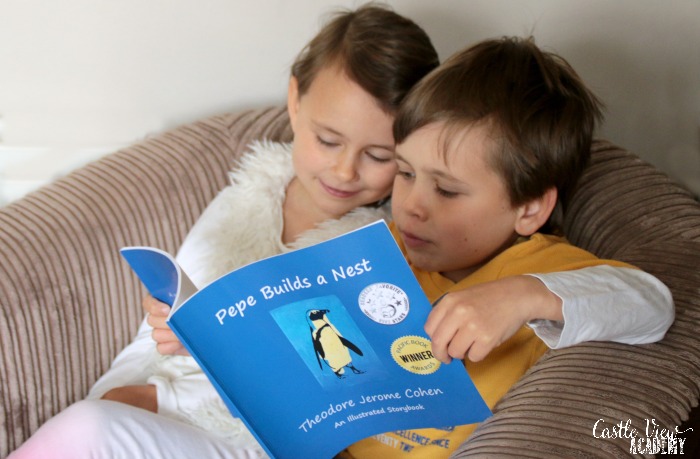 After reading this book, you can talk with your children about fairness, helpfulness, cooperation, and how to use these character sets rather than those of bullying, stealing, laziness, and greed.  You will be richer in life when you are true to yourself and help others, and find yourself in cold water when you treat others with disrespect.  Make a friend and be the good influence.

Our whole family has enjoyed this book and the morals contained in it were not lost on the children.  Here’s Tristan’s own review:

While we were out for a walk one day by the sea my children had some fun finding rocks and building their own ‘nest’ for Pepe.  I think Pepe and Otto may have had bigger nests, but we were on a race against the weather that was quickly moving in…and we did make it home just in time! 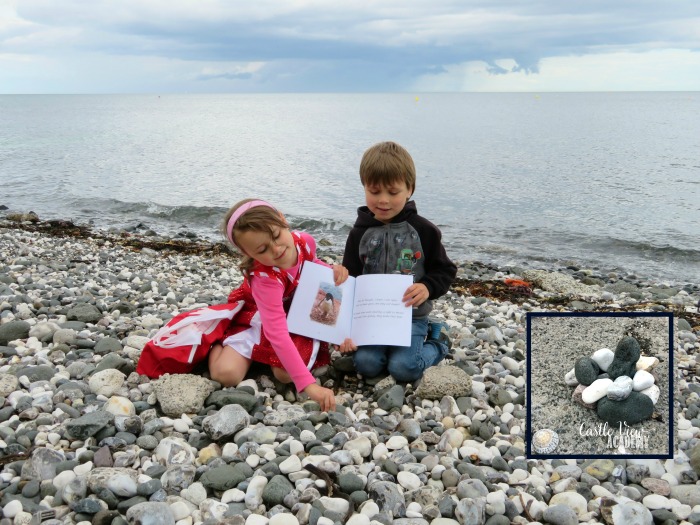 Later this month we’ll be sharing a fun little craft to go along with this book, too.  And in the meantime, you will find a cute craft and some free printables for Pepe Builds A Nest that Carolyn of The Wise Owl Factory has created in both English and French (this book also has French and Spanish editions. 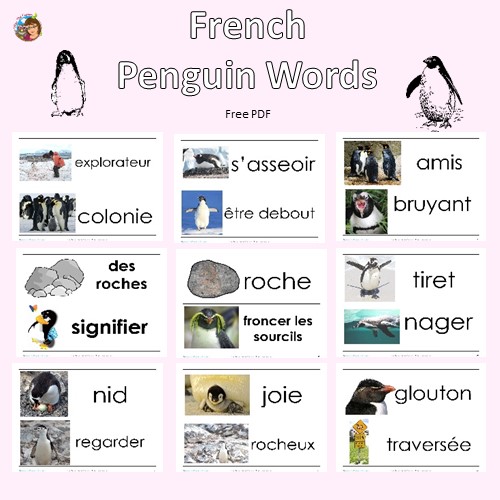 And before long you’ll have Pepe in your mind, even just while walking down the street!  We just couldn’t resist taking this photo when we happened upon this place.  I think Pepe has migrated south for the summer, though. 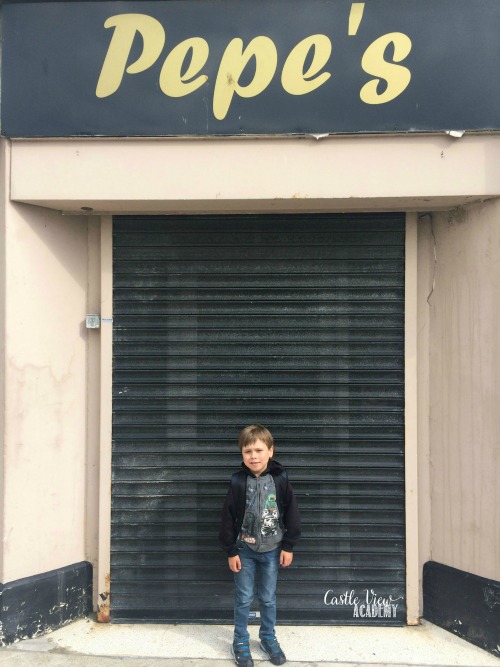 Soon you’ll be having fun with Pepe and Otto and inspired to learn more about the Antarctic and the life that resides there.  Who knows…maybe one day your child will have an island named after them?  After all, life is meant to be be an adventure; never stop exploring!