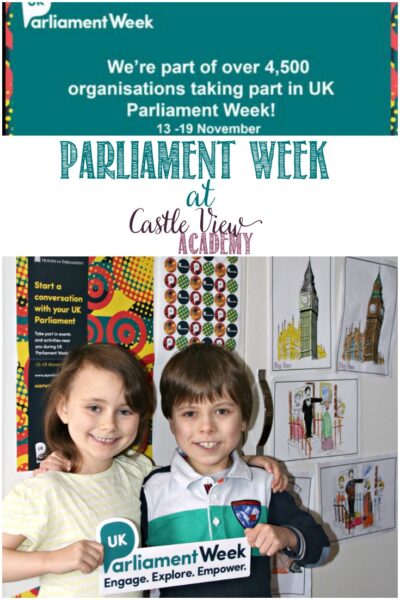 This was our first year participating in the UK Parliament Week.  Until about two months ago, we didn’t even know it existed.  Thankfully, an MP contacted a member of the Facebook Home Education group we’re a member of here in Northern Ireland and she said that home educators were very welcome to participate!  Woohoo!  We signed up immediately. 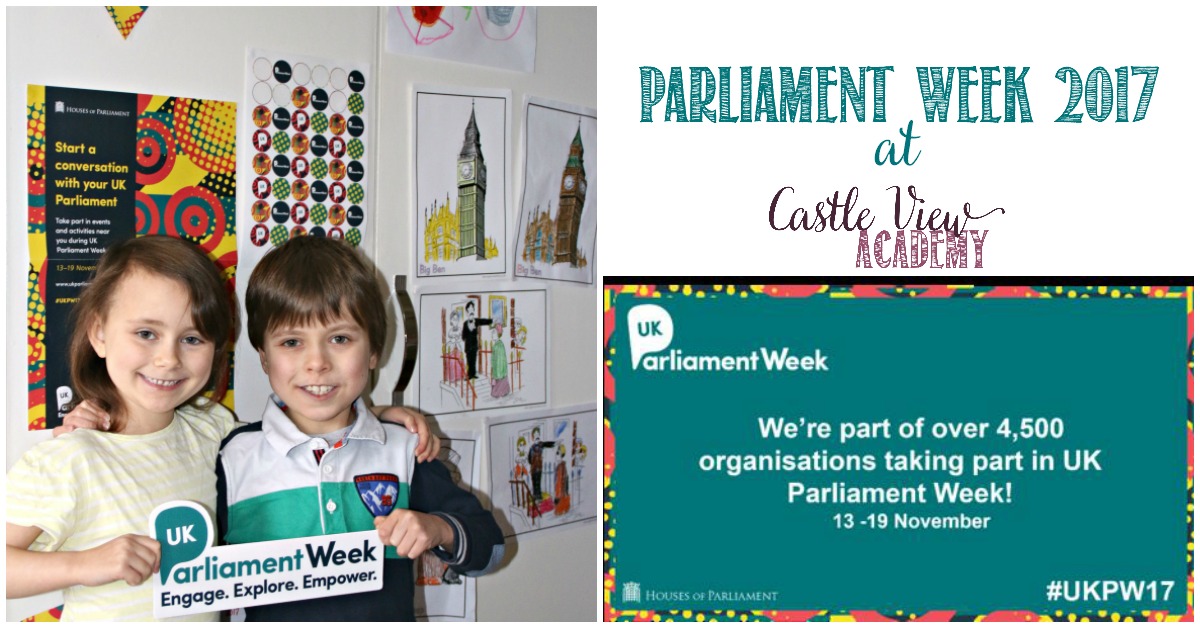 Political science is not a subject I ever thought I would be teaching; I never had any interest in it growing up.  But since doing some travel and living on three continents, and raising children in a different country from the one in which I grew up, I’ve been paying more attention to the politicians and the way countries are run.  Their actions affect both the resident citizens, as well as ones living overseas, as well as foreigners who reside within their country.  The decisions made within Parliament can affect people worldwide.

A few weeks later we received a box of goodies in the post to help us with our fun and education.  How fun to get a box filled with supplies!  Bunting, a cardboard ballot box, balloons, pens, badges, a highlighter, stickers, a placard, and even a squeezy stress-buster in the shape of the Queen Elizabeth II Tower (the tower that houses Big Ben, the iconic bell).  This was in addition to a book filled with information, colouring pages and activities for children to do. 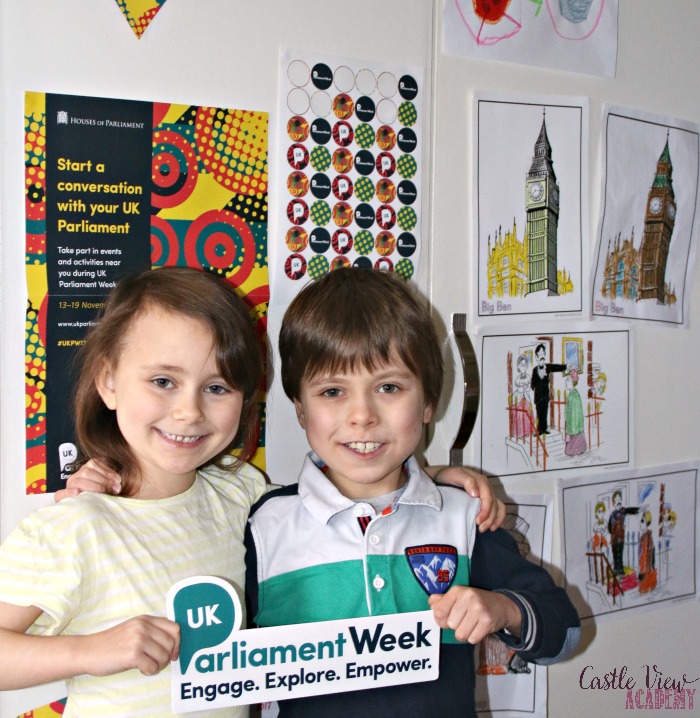 When Parliament week arrived, we filled out the posters and put them up with the bunting to make a display.  We were ready….or so we thought.  As it turned out, I wasn’t feeling so well myself that week and we were a bit slow to get started.  It’s hard to continue with home education when the teacher isn’t well and doesn’t have the option to call in for a substitute.  It happens, and we just have to go with the flow.

READ MORE:   10 Things To Do In Belfast in January With Kids

We started going through the book one evening as we had dinner in the oven and were waiting for Phil to come home from work.  The children watched a couple of the suggested videos.

The next day we read some of the information from the book and tried out a couple of the activities.  They perhaps didn’t have quite the same effect as they may have when done with a full classroom, but they were fun.   I called out a statement and they ran from the centre of the room to the side which had the statement they agreed most with (for or against).  Some of the statements were more difficult to answer than others.  They they had to tell me why they chose the answer they did and we’d have a mini debate of the pros and cons of each option.

The following day the children learned the difference between an idea and a motion. then they created posters.  Tristan made one for healthy food at public schools and Kallista made one for serving healthy meals at home and at schools.  They had fun doing this project and showed their posters off to Phil when he returned home that night. 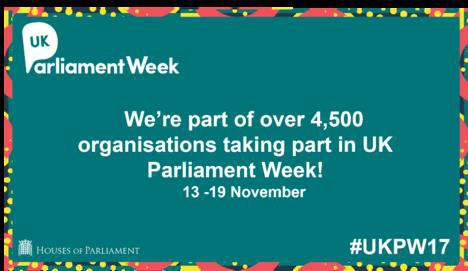 Parliament week also fit in nicely with a unit on the Victorian times the children were working on at the same time.   The stress-buster was just the right size to fit in with a 3D puzzle of the Tower Bridge the children had worked on.   It’s wonderful when things come together like that (I’ve said that a lot this past year; it’s truly been a year of coincidences for us).

There is, of course, so much more to learn about the UK Parliament for all of us.  I had to learn some to take my Life in The UK test for citizenship, and the children have learned through what they see on the BBC Breakfast news as part of our morning ritual.  After learning a little more about the UK Parliament during Parliament Week, my children want to learn more; and I’m quite positive that it wouldn’t take them long to become more knowledgeable than many adults.

READ MORE:   A WALK ON THE WILD SIDE

We look forward to participating in UK Parliament Week 2018, will you be joining us?