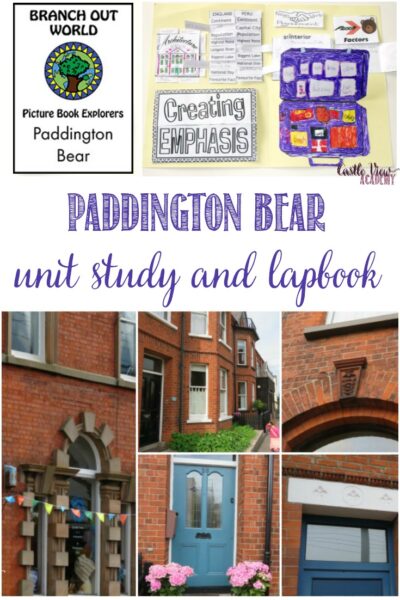 It’s not often we have the opportunity to review English companies so we were very interested to try out a literature study for Paddington Bear by Branch Out World. 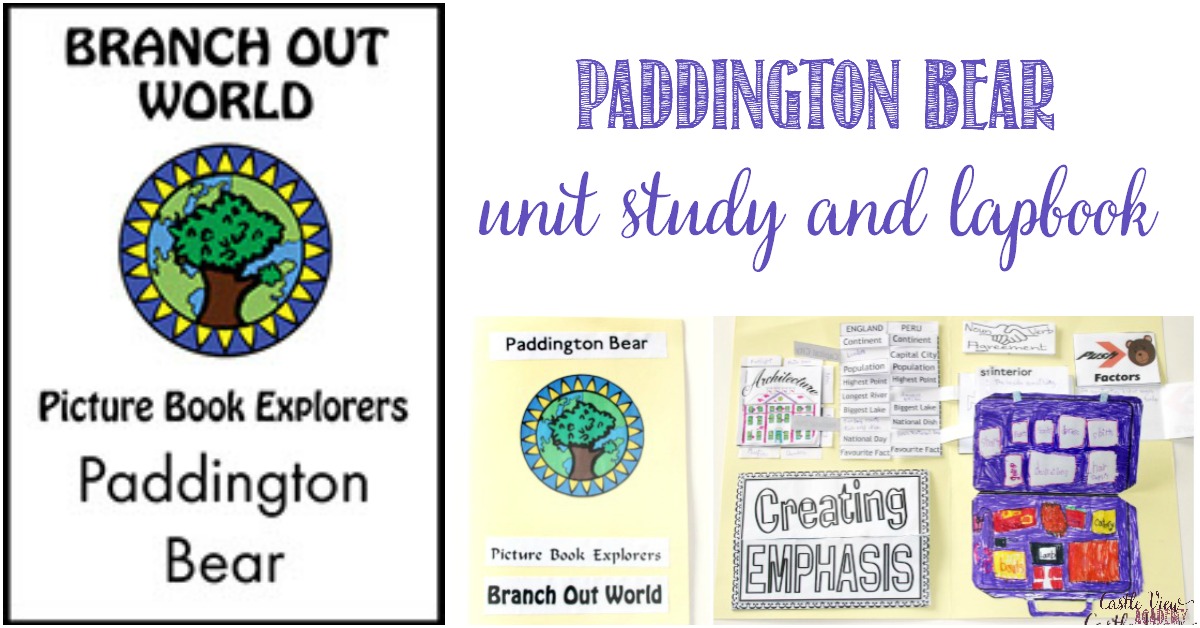 This Paddington Bear literature study is aimed at children between the ages of 5-10; my children are 8 & 10, and I will say that my youngest was more interested in the study, but I think this may have been just the genre and nothing to do with the product.

We received a downloadable PDF document that had everything we needed to get started, except for the book, which we borrowed from the library.  One thing to note is that this lit study is for the basic picture book, not for the larger Paddington novels, but I’m sure that once you complete this study, the information learned will cross over to the novels and enhance thinking while reading those books, as well.

I printed off all of the paper-based activities and the kids spent an afternoon cutting the elements out to prepare.  I’m afraid to say that we were unusually busy during our review time with this product, but once the prep was done, then the kids could easily work on a couple of elements first thing in the morning before we had to head out for the day, which worked well.

As with most unit studies, you don’t necessarily have to do everything that is included; particularly when they are designed to cover a range of ages, but we have done most of the activities; however, we haven’t done any of the ones that use shaving foam as we do not have any and I haven’t been into the city for a while. 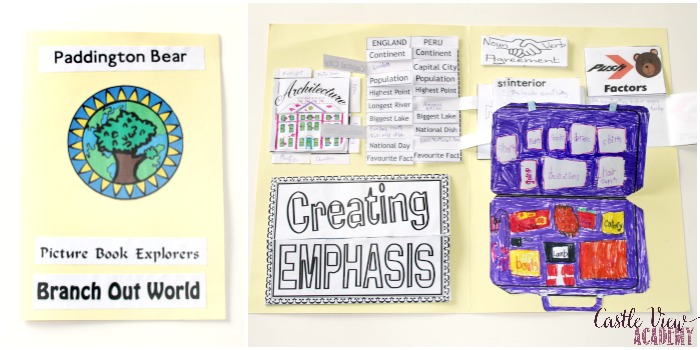 This study is designed to be done over the course of 5 days, with each day being given a different area of exploration:

To get the kids in the mood, we began by watching the Paddingon Bear movies for our movie nights the first two weeks, while waiting for the book to arrive at our local library from another location across the country. 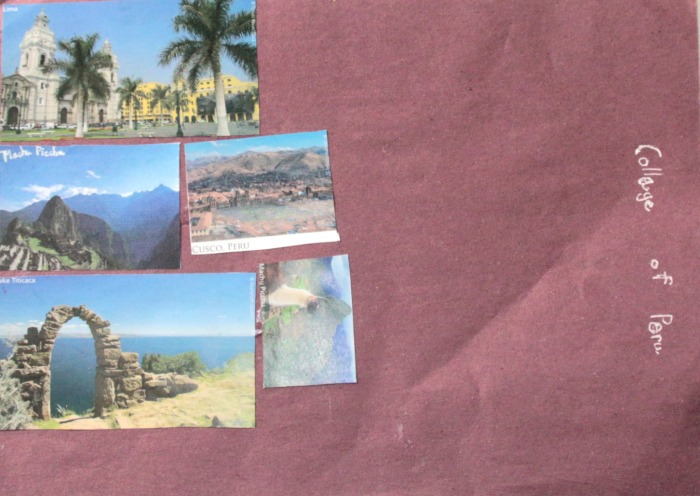 In this section, children will learn about where Paddington came from (Peru), and where he travelled to (England).  There is a lot of map work in this section, as well as some additional reading to learn about emigration and immigration and the factors that are involved in each.  As a Canadian ex-pat raising children in the UK, I found this an important and interesting area of study, and it brought up some good discussions between the kids and I.

In this section you learn more about the author and his inspiration for writing the Paddington books, looking at the vocabulary in the story and looking up any words that are unfamiliar, and there’s also the opportunity for older children to take a couple of chapters of their favourite book and rewrite them in an easier language in order for them to appeal to a younger audience.

In this section, children learn about Victorian architecture; parts of buildings and the names for them.  Children also learn some art techniques that artists use to balance their pictures and give them great composure. 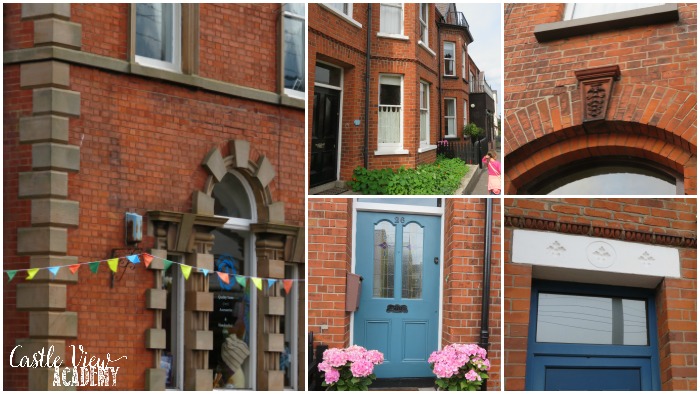 The children took some photos while we were out and saw some examples of Victorian architecture. 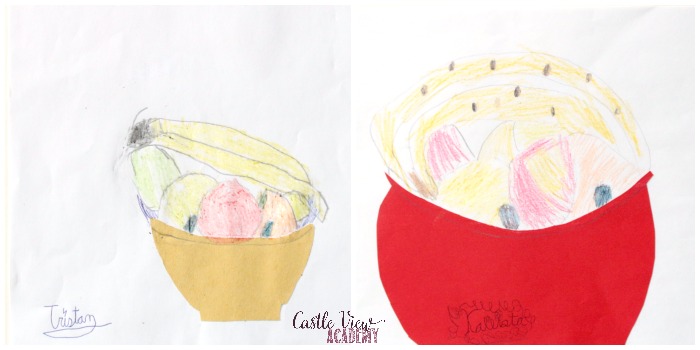 They also tried their hand at drawing some fruit in a bowl using what they had learned.

In this part of the study, children learn more about spectacled bears.  Then there are a couple of experiments to try.  One is with shaving foam, one is with steam on a mirror, and one is to make meringue.  With all of our business, we have only done the steam experiment so far (but it didn’t take a good photo), but I do have meringues on the plan.

In this section, children learn how two ways to draw parallel lines, how to pack a suitcase (spacial reasoning), and how to design a mini tablas de Sarhua.  In these each member of the family are depicted doing their job, as well as something that is important to the whole family.  Here you can see Phil cycling to work in the morning, me at the computer, and the children are wizards, baking, and such. 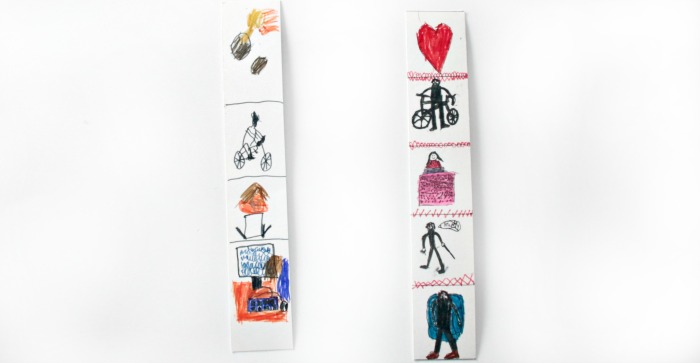 My children enjoyed making the mini tablas and they are looking forward to making marmelade! Now that life is starting to slow down a little, they will have time to really enjoy it.  They have done some forest foraging recently, just like bears do in the woods, so we were able to tie this in as well. 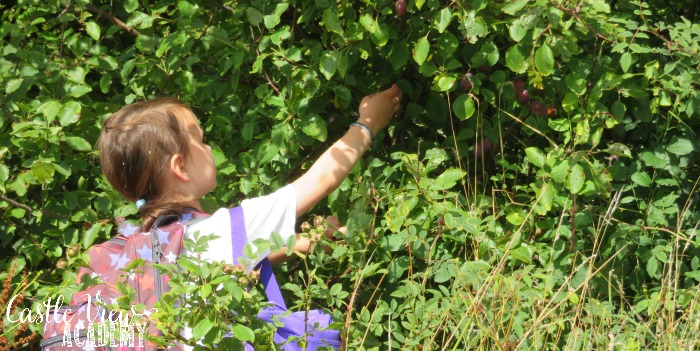 I liked that this could be used by two children at the same time while working at different abilities and that we can pick and choose which elements to do or not do.  I really liked the parts that had the children look more closely at the pictures and the language of the characters and pointing out that although some of it may not be correct grammar, it will be the language that that individual is likely to use.