We’ve been watching some of the Olympic events over the past week.  It makes a change from the ordinary as we don’t usually have the TV on during the day unless it’s been a particularly tiring day or someone isn’t well.  Yesterday we were watching a little cycling and Tristan was able to tell me how Canada was doing by seeing the Canadian flag come up with the place number beside it.  It was a long race, and by the end both children were hollering at the TV.  Kallista saying “Go Can, Can!” and Tristan “Go Candada!!  You can do it!”.  It was so cute!

I saw an archery set at one of the £ stores a while back, but thought twice about it as I don’t want the children to become aggressive with that type of toy around.  But while in Belfast on Monday unexpectedly, I decided to buy it as we could use it for several things in learning about hunting/gathering societies, hand/eye coordination, and the Olympics. 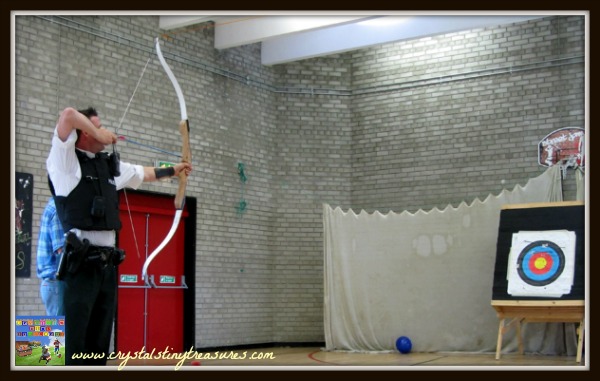 We were at the local Food and Folk Fest last week and stopped by to see what was going on and watched PSNI Michael try his hand at archery.  He could use a little practice…but he became better with each shot.  I gave it a go as well, but let’s just say I’m not as good as I was at the age of 13 when I could beat every boy in my class….Tristan on the other hand is getting the hang of it 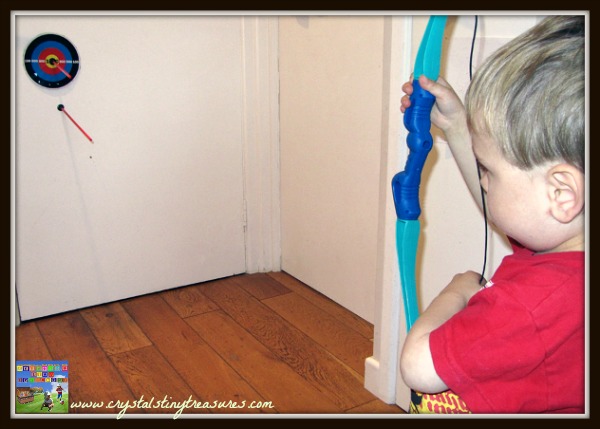 The children have seen Phil recently doing some exercises and yoga in the mornings before he heads off to work, and during the day they try to imitate him by putting their feet under the sofa and trying some sit-ups, or striking a yoga pose if the mat is still out.  So we thought we’d add to their repertoire.

I made a prop for Kallista by using some double-sided tape to secure a pre-loved ribbon onto a chopstick. 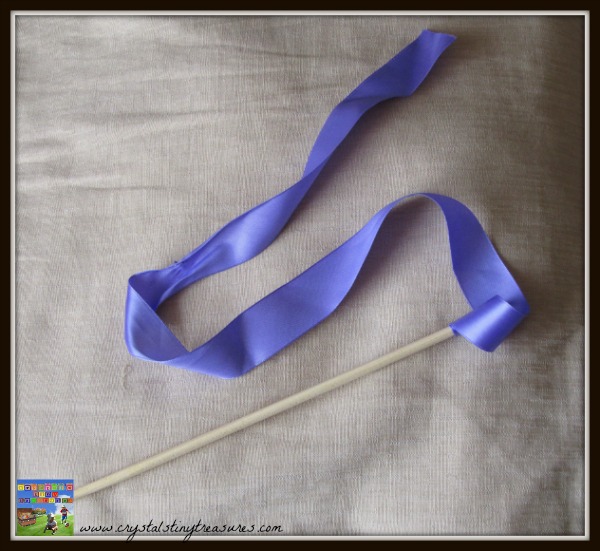 Then we let her loose! 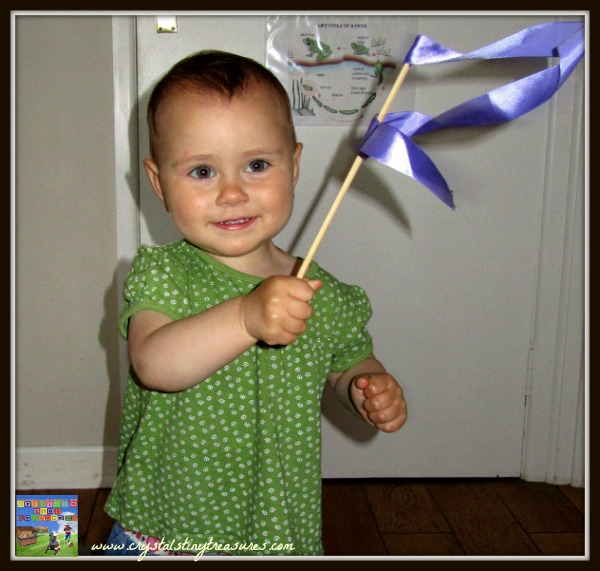 Next Phil put some water into some used and clean tiny milk bottles previously purchased for use with the play kitchen.  These then became Tristan’s weights.  He was moving them about in such a way that I didn’t think there was anything in them.  Next time we’ll have to find larger bottles or try some sand! 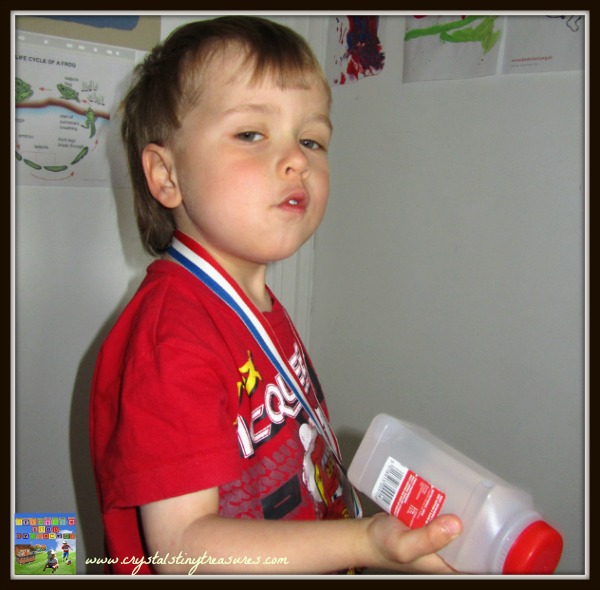 This next feat, Kallista did all on her own in the kitchen a few days ago and gave me the idea for this post. 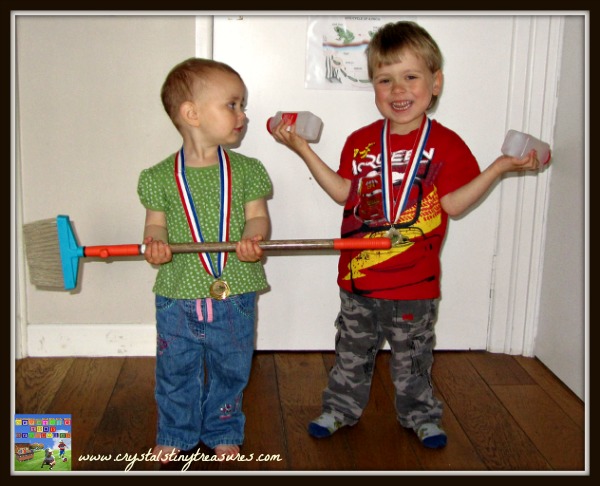 Tristan added some squats to the routine. 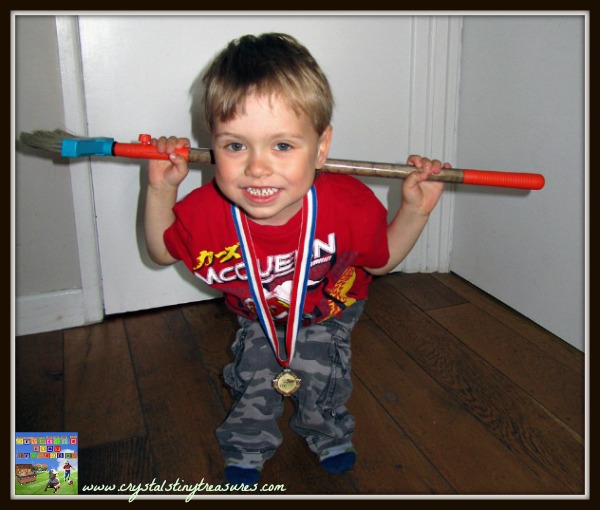 So the next time the weather isn’t favourable to going out and the children need to burn off some steam, just search around the kitchen for some odd bits to turn your home into a gym!