The 2014 Winter Olympics are fast approaching.  It doesn’t seem like long ago that my children were standing in front of the television cheering for Team Canada during the Summer Olympics in London.  To start our season of Olympics off, we began by making an Olympic flag craft.  We thought they needed  little bling, so we used sparkly pipe cleaners cut in half to make the tactile rings

As you may know, I’m not an advocate  for having my children watch very much TV, but I will definitely be making  a concession during the Olympics and we’ll managing our homeschooling around the events.  Of course, we will be doing some learning about countries, flags, weather, foods, and other things related to Russia and sports, so really it will just be a two-week ‘unit study’.  Yep, that’s what we’ll call it!

We reviewed that the five rings represent the five continents that originally participated in the modern Olympics.  We also were reminded that the colours don’t have any significance of their own, but every country has at least one of the 5 colours in its flag.  We did a brief trial of this by comparing the colours on our kitchen wall map flags with the five colours of the Olympic rings, and it held true. 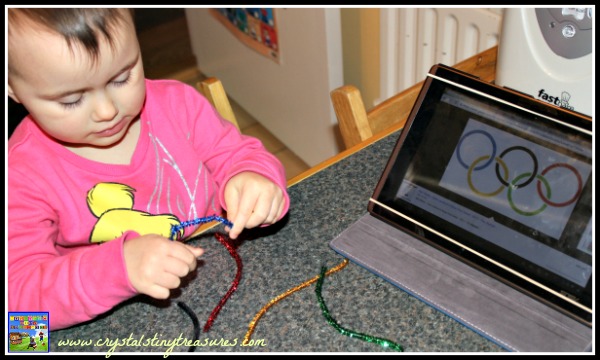 To make their Olympic Rings flag the children bent the sparkly pipe cleaners into circles and twisted the ends together.  Kallista needed a little help because the ends of the pipe cleaners were a little to sharp on her sensitive fingers. Once the rings were shaped and looped so that they were intertwining appropriately, we began the flag process. 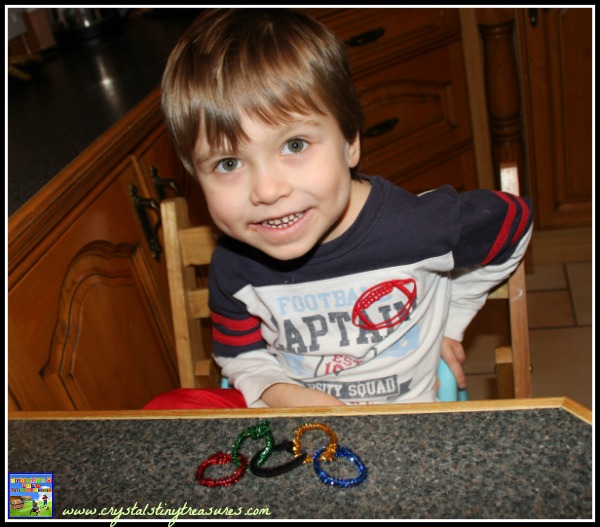 They cut a piece of cardboard out in a rectangular shape and twirled it around the end of a disposable chopstick and secured it with double-sided tape.  Then they used some tacky craft glue to attach the pipe cleaner Olympic rings to the cardboard. 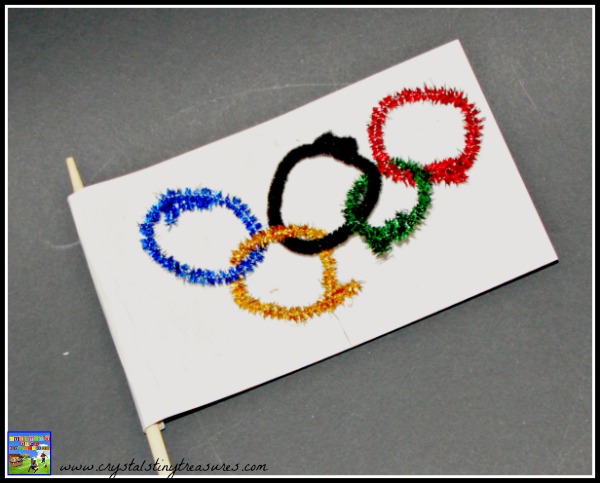 We let the flags dry overnight and this is the result.

They look pretty snazzy, but in hindsight if we were to do them again I think I’d recommend using regular pipe cleaners instead so that there would be more surface area for the glue to stick to as we had a little trouble getting it to stick to the cardboard well. 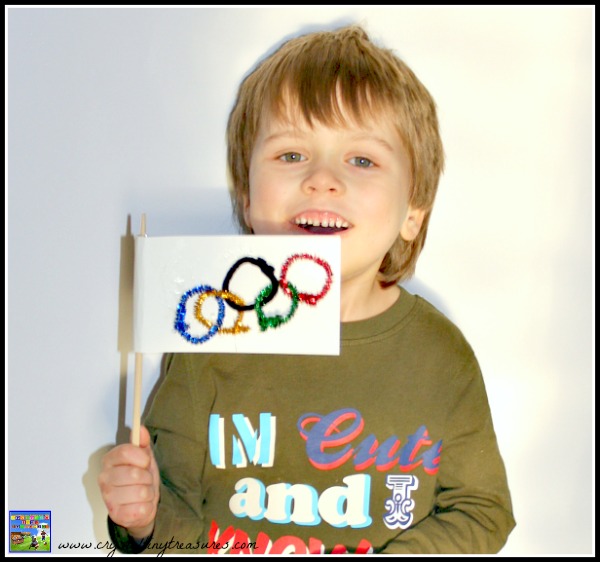 The children will have fun waving their flags while cheering for the various countries. Bring on the Olympic Fun!  What’s your favourite winter sport?

If you’ve liked this idea, why not have a peak at our Olympic Torch Craft?