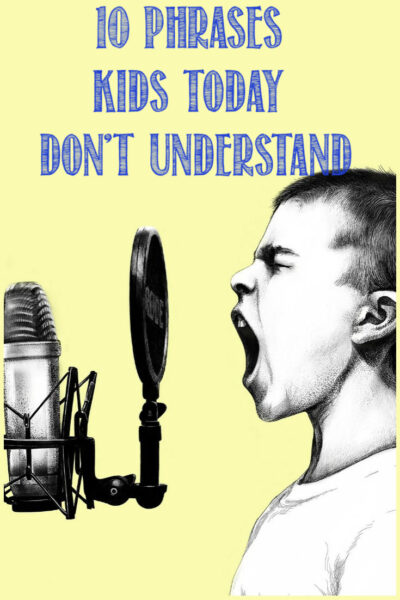 Do you ever have those memes come across your social media accounts that make you feel ever so old…you know the ones I’m talking about…teens today attempting to use a rotary telephone and they haven’t a clue what it is or how to use it.  I don’t consider myself terribly old; my children are just 9 & 11, but there are so many things I either catch myself saying to them that has them scratching their heads, or that come to mind on occasions like this, that I thought I would write these obsolete phrases down and perhaps they can have a good laugh someday when they take their kids to a history museum and tell them that they’ve heard of these things…even if they didn’t use them. 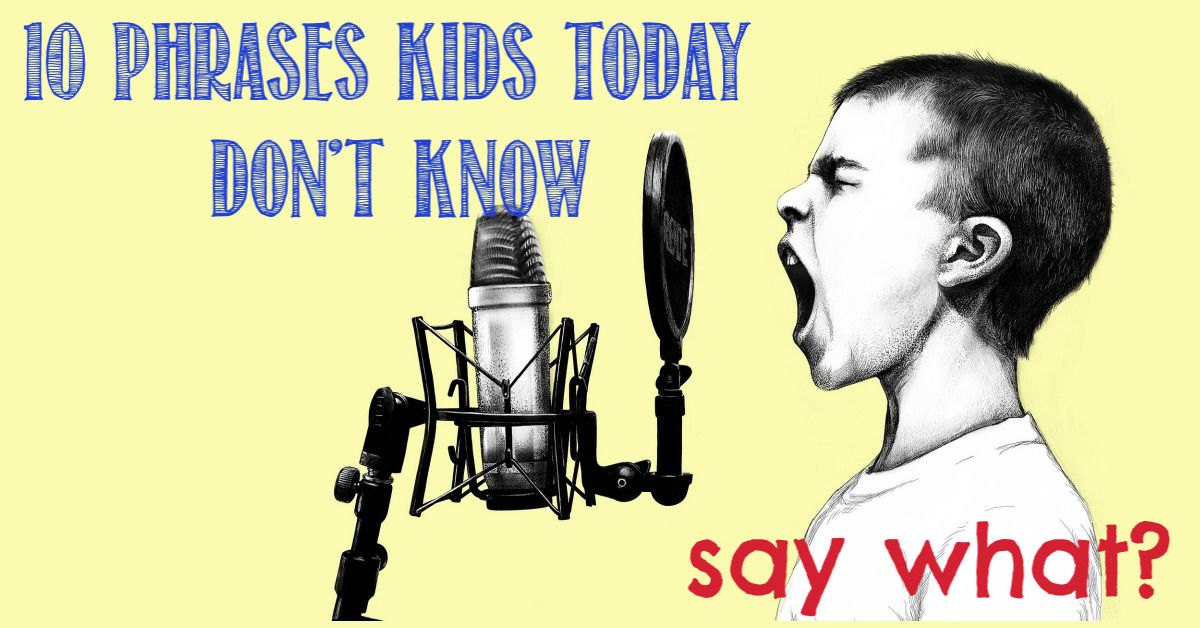 1 ) The rotary telephone, as mentioned above.  Yes, we had a rotary telephone with a short cord when I was growing up; even though many of my friends had ‘upgraded’ to push-button phones, I didn’t graduate to a smaller push button phone until I moved out on my own.  Just imagine!  Not being able to walk around with a phone in your pocket and having to stand up next to the device just to use it!

“Get off the phone, I want to use it!” is something that was often heard, especially when there was more than one child in the house and they each wanted to talk to their friends.  Only one phone for a whole family; how did we manage to survive?

2 ) In the same vein, comes life with a longer telephone cord, in which case you might hear the phrase, “Put the phone away where it belongs before someone trips over the cord!”

3 ) Still on the telephone theme…”Let your fingers do the walking” was a famous slogan for using the Yellow Pages.  Sometimes it was even used for referring to other resources such as dictionaries (the physical kind, not online).

4 ) When children keep repeating themselves while trying to either get your attention or get what they want, your parents may have said, “You sound like a broken record!”  Of course, with CDs (even these are becoming dated now), and MP3s, many children today have never seen a record player in use and know what a tiny little scratch can do to your listening pleasure. 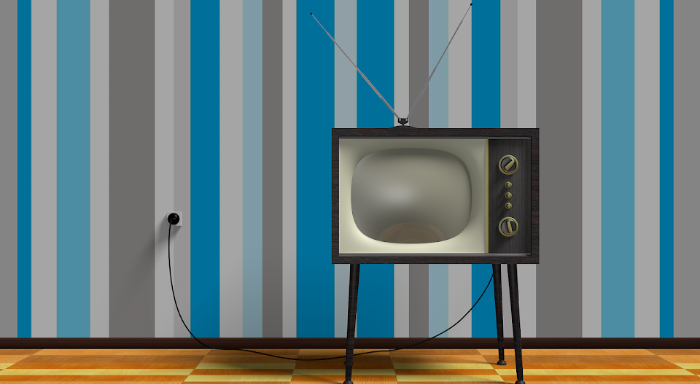 5 ) Oh, the days when parents would have their kids walk over to the huge TV in the corner of the front room, the TV screen, of course, was only a fraction of the size of the whole unit; sometimes they could be considered a whole piece of furniture on their own enclosed in a cabinet.  Once you were there you were instructed to “Move the left rabbit ear to the right.  No, that’s too far!  Back to the left, now do the same with the other ear.  Hold it there…okay.  No, that didn’t work, you’ll just have to stand there until this show is over so I can see it without a fuzzy screen.”

I can’t believe that just 12 years ago I had such a TV in Belfast; although this set would occasionally shoot out lightening bolts without warning.  Yes, I’m not so sad to see the end of that box!  but now there’s the inconvenience of not being able to turn on my TV without the remote control as the option doesn’t exist.  Perhaps there were some good qualities about the old designs!

6) And then when remote controls became popular (even they’re going by the wayside in favour of cell phone apps), hardly a day would go by without hearing the phrase, “pass me the clicker.”

7) Although it is still used occasionally here in the UK, “spend a penny” will certainly fall by the wayside soon.  If you aren’t familiar with this phrase, if you are going to spend a penny, you are going to go to the powder room; at one time you may have needed to pay a penny to enter the public toilets.  Of course, with inflation, it’s no longer a penny…and in some countries such as Canada, pennies are no longer in circulation.

8) “Crank up that window, it’s going to rain,” may cause you to receive a strange look from the back seat.  What’s a crank?  Why do you need one for the window?  Remember back in the ‘olden’ days when you actually needed to use arm strength and several minutes to roll up a car window?  Now it can be done from the driver’s seat with the push of a button.

9) “Please be kind, rewind,” was a catchy phrase and important to remember before returning a video tape to the rental shop.  Kids today will certainly wonder what that means…and you’ll also have to explain what a VHS or BataMax tape is, too!

What are some other obsolete phrases or slang do you catch yourself saying to your children that they don’t have a clue about?  Share them in the comments below and we’ll all have a good laugh together!

Previous Post: « Japanese Origami Kit For Kids
Next Post: A Geek in Japan: A Great Book For Japanophiles »