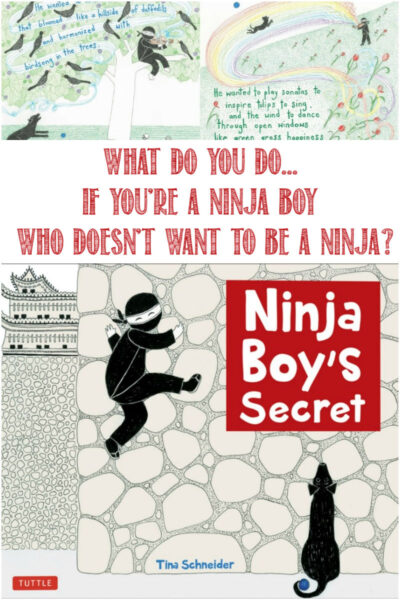 Tuttle Publishing kindly sent us a copy of Ninja Boy’s Secret, by Tina Schneider, to read and review, and it would be a wonderful gift for any young child, particularly those who beat to the sound of their own drum (or violin, as the case may be).  What do you do when you’re a ninja who marches to another beat? Ninja Boy did not want to be a ninja. 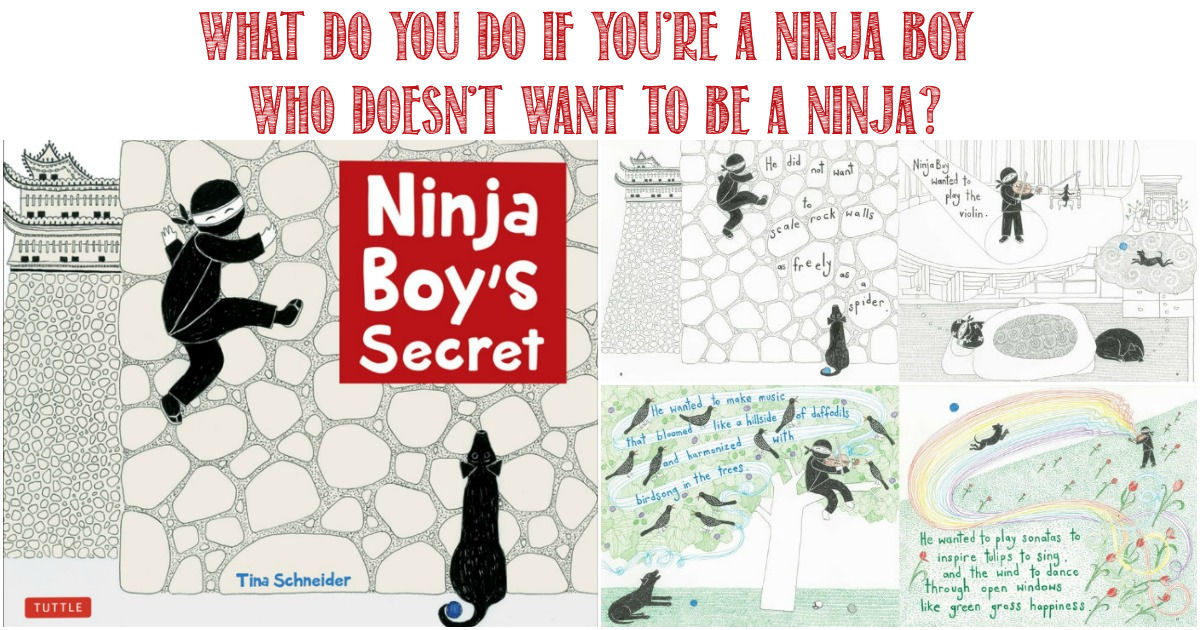 However, It was to be his destiny, and he came from a long line of ninjas in his family.

He didn’t want to be a ninja and have to be still and disappear.

What little Ninja Boy really wanted was to play the violin.

His life was bleak at the thought of being a ninja.

However, when he played the violin his life was filled with colour, and the book shows this as well.  It begins in black and white and moves into full-colour illustrations as it describes him playing the violin. I love this different way of imparting his feelings and his way of seeing the world is shown in a way that children can understand.

Little Ninja Boy did not pass his final exam and he was not a happy boy; he was the polar opposite of his father.  His dad was a ninja.  His dad liked to meditate be still like an immovable mountain.  Little Ninja boy was afraid to tell his dad what he thought and how he felt.

However, one day he took out his violin and began to play for his father.  Life became rainbows.  He felt free.

When song ended he looked at his father, who was simply delighted. His father saw the joy that music brought to his son and the talent his son had in this area, as opposed to becoming a ninja.

His father knew that Ninja Boy was meant to be musical. His father was so pleased and he asked his son to play again. 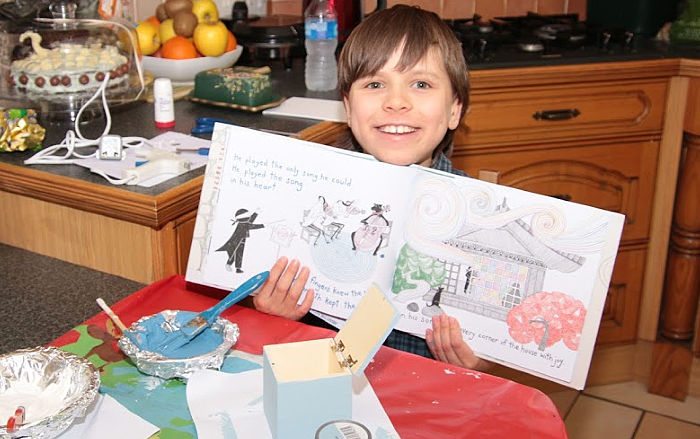 This bock can be used in so many different ways. Many children will think that their parents want them to do something, but they may not be enamoured with.  Children may be filled with trepidation about broaching the subject with their parents, for fear of disapproval.

Enter Ninja Boy, who was brave and showed his father what he wanted to do the best way that he could.  His father could see that the life for his son was not to follow in his footsteps, but rather for Ninja Boy to be his own person, and follow his own path in life in order for him to be happy.

In Japan, particularly, this must have been difficult as tradition plays such a huge part within society, and stepping outside those boundaries can be very difficult and intimidating, indeed.  So, if little Ninja Boy can do it, perhaps that will give greater courage to children around the world to do what they love and find a way of expressing themselves.

I really do love this book.  It is simple and straightforward, and it is beautiful, both in the text and most certainly in the illustrations.

You really must make this book a home on your bookshelf! 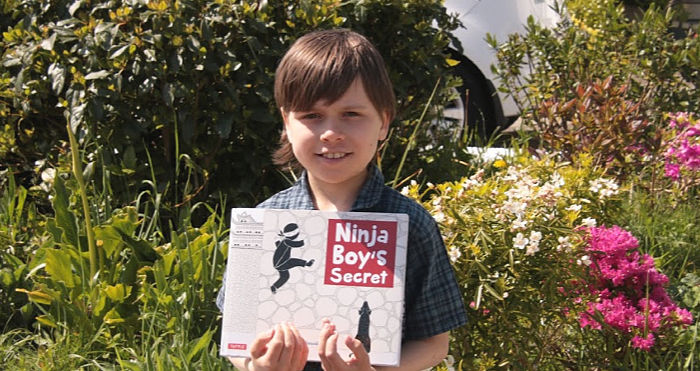 I have been going outside of my own comfort zone this year and I can relate to Ninja Boy.  Although us as parents may hope for our children to take one path it isn’t always the path that is best for them and we must keep this in mind.  This book can open up conversations for parents and children to open up ways of communication about dreams, ambitions, abilities, and all manner of things not even just to do with jobs, but life in general.

This is quite probably my favourite book of 2019! 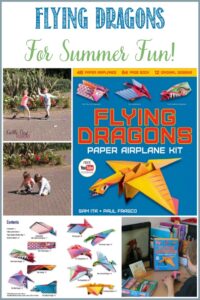 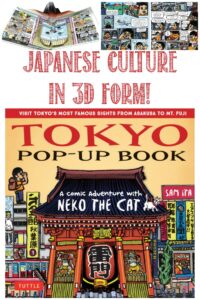 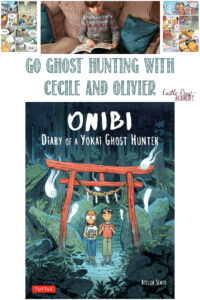 « A Taste of the World: What People Eat and How They Celebrate Around the Globe
Fantastic Female Adventurers: 14 Truly Amazing Tales »