Home » Culture » Europe » Neighbourhoods Around The World, Northern Ireland Style
Travel with us and learn about neighbourhoods around the world!  I’m a  member of the Multicultural Kid Blogs Network, and we’re doing an on-going series of posts from around the world, introducing our neighbourhoods to you.
There have already been features from Russia, Japan, China, France, and loads of others.  You can find all of the information about this series through The Piri-Piri Lexicon.

We live in a large village/small town within the Borough of Carrickfergus in Northern Ireland.  I’ve been in Northern Ireland for 10 years, and we’ve lived here for about 7.5 years now.  I prefer our current location over the concrete of Belfast.  I also miss my homeland of the Canadian prairies, but in the meantime we’ve made our town our home.
In Northern Ireland nursery (kindergarten) starts as young as 2 years, 10 months of age, and primary school begins at the age of 4.  It’s a year younger than the rest of the United Kingdom, and the youngest starting age in Europe.  Children here wear uniforms to school, usually a skirt for girls and trousers for boys.
My own children are being homeschooled, and because of strict child protection laws there aren’t any children in the pictures of this primary school and attached nursery school. 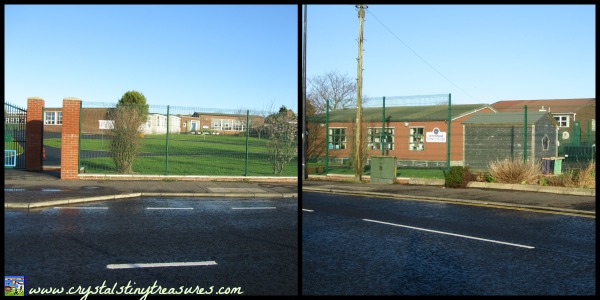 This is the playground closest to us.  There are three playgrounds in town and this has been considered the best.  However, as I type, one of the others is being renovated into a  play park with the theme of maritime and steam trains, which I’m sure will be a hit with the kids. 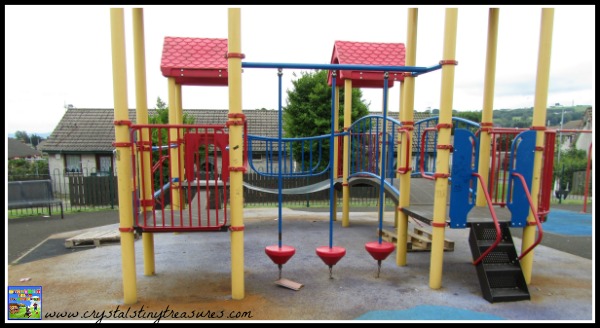 Leading into transport, in Northern Ireland most people will take cars to work, though it’s not uncommon for people not to have their driver’s licence until their 20s, 30s, or even 50s.  There are city, town and country buses for transport.  We use the train when Phil isn’t with us.
The train cars were upgraded on our line about two years ago.  Now we have free wifi – the trains they replaced were old ones that you had to open by sticking your head and arm out the window to use the latch on the outside of the carriage!  A big improvement, I think.

There are many different styles of housing in our town.  We live in an 80s bungalow designed for pensioners or disabled people.  It’s the same as any other house, but we have slightly wider doorways to allow for wheelchair access, and our home is all on one level.  It’s small, but it’s our cozy, loving home.
Most houses are built on two levels, and the old-style typical terraced housing would have 2 bedrooms upstairs and two rooms downstairs (kitchen and livingroom).  Our town has a Victorian heritage and thus the are near the train station, the older part of town, has many Victorian-style houses. 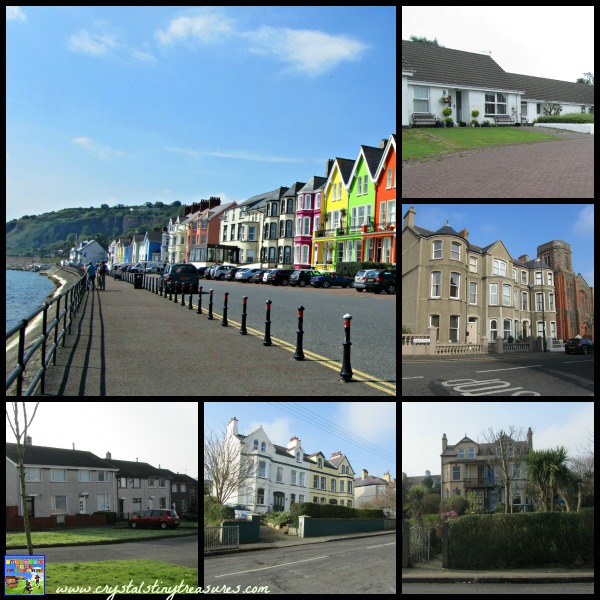 There are many amenities in our town for the size of it.  Within walking distance (3 km round trip), you can make stops at a bakery, a butcher shop, a post office, library, community centre, convenience stores, chemists (drug stores), coffee shops, hair salons, a drop-off laundromat, craft and gift shops, and an art gallery, as well as a few more!  So except for our monthly grocery shop and clothing we can pretty much find everything we need nearby! 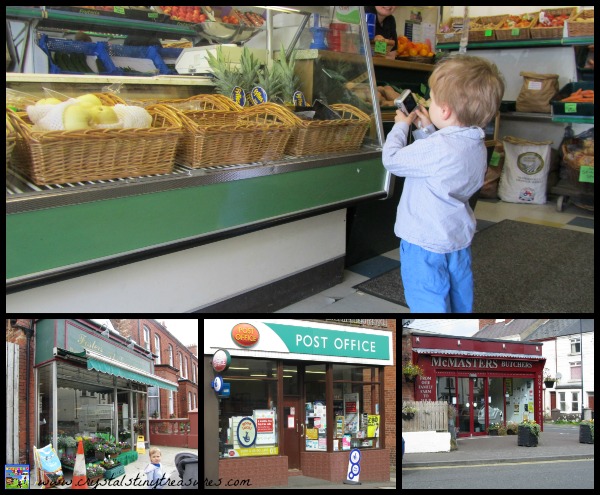 I love that we live so close to the sea and can go rock pooling, foraging, bird watching, and other great activities.  On our last walk by the sea we saw 3 harbour porpoise and a seal!  If we walk in the other direction, we are out in the country in 10 minutes where we have seen calving season and planted trees. 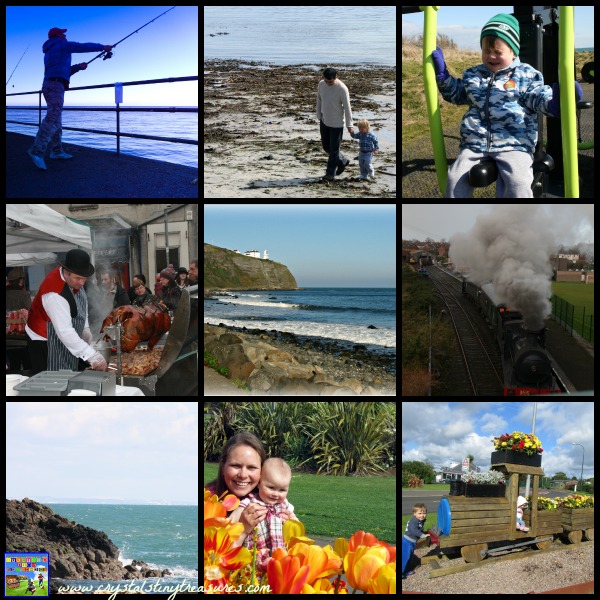 As you can see we’re really spoiled for choice in our neighbourhood, we have a lot to do right here on our doorstep.  There’s no reason to be bored as the scenery is always changing.  The only thing that stops us from venturing out is the weather.  The gale-force winds and driving rain are really not much fun for anyone.  We’re hoping this year will be mostly a fine year so that we can go out and about and explore our surroundings in more depth.
Now that I’ve shown you our neighbourhood, where do you live and what is your favourite thing about your neighbourhood?
If you like learning about new places and cultures, please see our multicultural activities for kids page where you’ll find all of our ideas in one place.