Ever since we reviewed Daria’s Little Songs of The Andes CD and activity book, my children have been obsessed with the sound of the rainstick in the song Alturas.  They have been listening to this album every night while falling to sleep, the sound of the rain and listening to Daria’s voice is relaxing to them.  When they learned that Daria gave the directions on how to make one both in her activity book, as well as on-line here – well…let’s just say it’s been three months of them asking when they could make their own musical rainstick! 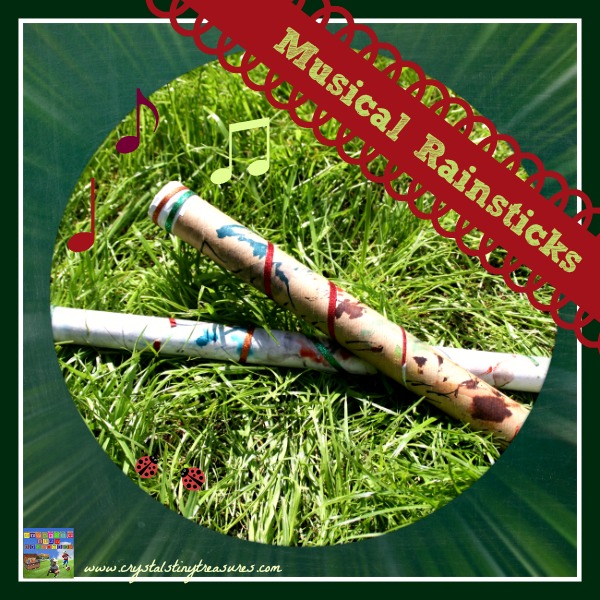 A good friend of ours has had his wife saving up things he thinks we could use for crafts, and as soon as I saw two cardboard tubes from food wrap, I knew they would be just perfect for making into rain sticks! One very sunny afternoon I decided to surprise the children and told them this would be THE day!  I set up the kitchen table with everything they would need:  cardboard tubes, scissors, paper, packing tape, wire, pipe cleaners.  They chose to decorate with markers and water colours.

The first thing we did was to seal one end of the tube securely.  If you use a postal tube, then this will be a little easier, but it’s not difficult. 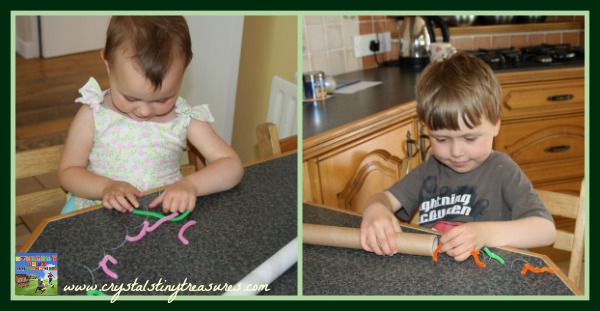 I helped the children unwind a length of wire from my craft supplies.  We used a thicker gauge that should hold it’s shape better.  Then the kids chose some pipe cleaners and cut them into thirds and quarter.  They had fun practicing their fine motor skills twisting these around the wire at various intervals.

Traditionally, rainsticks are made from a cactus called a chola.  This cactus has internal spikes that create a way to slow down the sand and crate a sort of pin-balling effect.  The wire and pipe cleaners do a great job of this.

Then we took hopped outside for a bit and had some fun pouring sand from their sandbox into the tubes.  Whoops!  It looks like Kallista could use just a little more practice pouring! 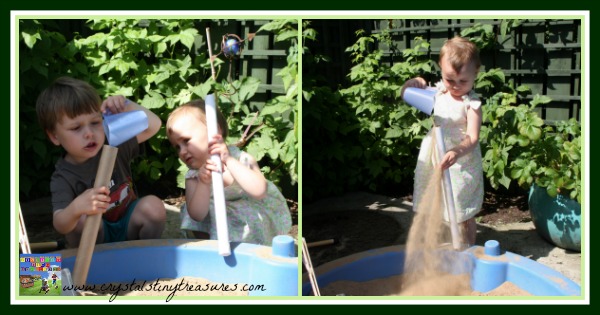 Then we went back out of the mid-day sun (what a marvellous summer we’ve had so far, the longest heat-wave in seven years- just like a real and proper summer!) and sealed the other end of the tubes.  Then it was time for the little one to get creative and decorate their rainsticks.  They looked quite good, but a few days later they decided to add a little more sparkle to them with some glittered paper strips. 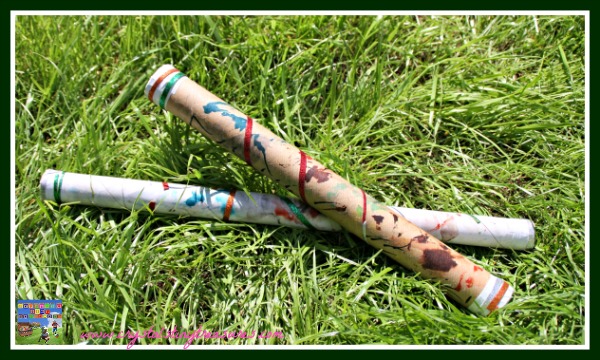 This is how our musical rainsticks have been used (so far):

Tristan and Kallista have had a great time playing with their home made musical rainsticks.  Because the tubes weren’t the same length or diameter, they each make a different sound.  The longer, thinner one sounds almost like the one in Daria’s songs.  But they haven’t only been used as rainsticks…Kallista will turn anything long into lumi sticks.  She takes both of them and taps them together over her head or behind her back.

Now, I’m not sure if these South American rainsticks are supposed to act in the same manor as a rain dance…but after three weeks with virtually no rain, the day after making these, the rain came down.  And since then each time they’ve been used we’ve had thunderstorms in the afternoon.  I’ve heard more thunder in the past week than my entire last 10 years here!  I kid you not!

Music is a fantastic element to bring into a home, and it’s made all the more fun when you create the instruments yourself.  This is just one of the 25+ musical craft and activity ideas on Dariamusic.com so head on over and you will be spoiled for choice on what you or your children can make together! 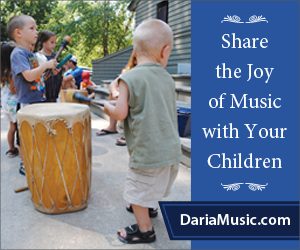 Other previous musical instruments we’ve made are jingle wristbands and plastic tube shakers.  If you’d like to try a little South American food from the Andes, you can make your own spicy home made fries.  For more great ideas, have a look through our multicultural activities for kids , multicultural meals, and our music pages.

This has been a sponsored post, but the fun and joy are purely ours!