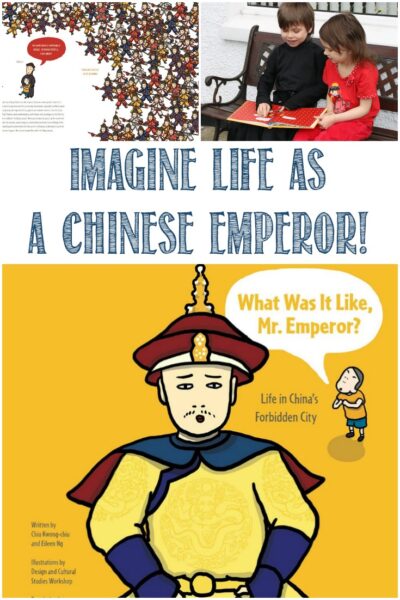 There weren’t any phones or television to document history, so what was life like for the emperor of China; a mysterious life behind the walls of the Forbidden City?  Children will get a small glimpse into this life in the book, What Was It Like, Mr. Emperor? Life in China’s Forbidden City. 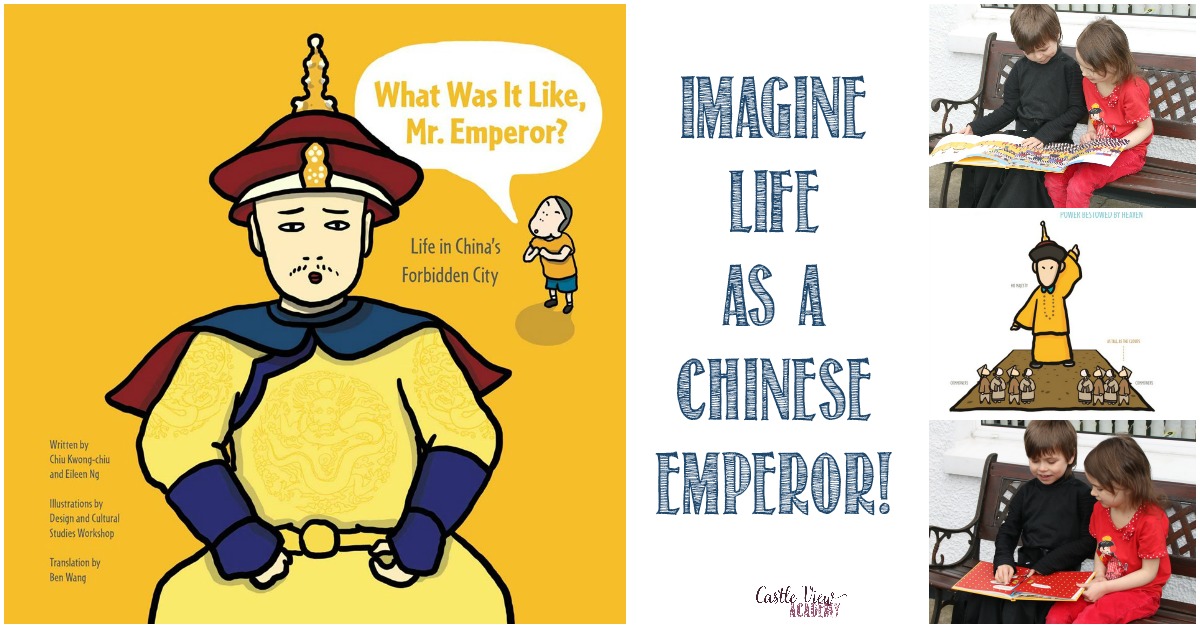 Affiliate links are used in this post and I may receive a small commission through them.

Tuttle Publishing kindly sent us a copy of What Was It Like, Mr. Emperor? with its bold colours and characters.  Some of the drawings are very simple, while others are very detailed and put together just right.  There’s a lot of information in this book, and the illustrations bring lightness and humour to what could otherwise be a dry and boring study for young children.  But let me just say that this book has really sparked Kallista’s interest and she’s even taken this book to bed with her at night and now she wants to learn more about China and its history; way to go, Tuttle!

Many children wish or pretend they are kings and princesses; but is the royal life worth such awe?  Did you know that over 1/3 of Chinese emperors were murdered?!  They had to be so heavily protected that they certainly weren’t privileged  to have much privacy.

China used to be divided into many states, each ruled separately, until in 200BC Yingzheng of the Qin united them.  How did this work?  An example of how a tangram fits together is used, 7 states under one emperor….so of course, that meant that the children just had to take out their own little tangram for some fun!

What was an emperor’s education like?  If your children don’t think they have enough play time, just remember that an emperor began school at the age of 6 and lessons began at 5:00am (!) until 3:00pm, and then continued again after dinner.  And the emperor only had 5 days off school during the entire year!  No, I don’t think our school day looks so bad anymore. 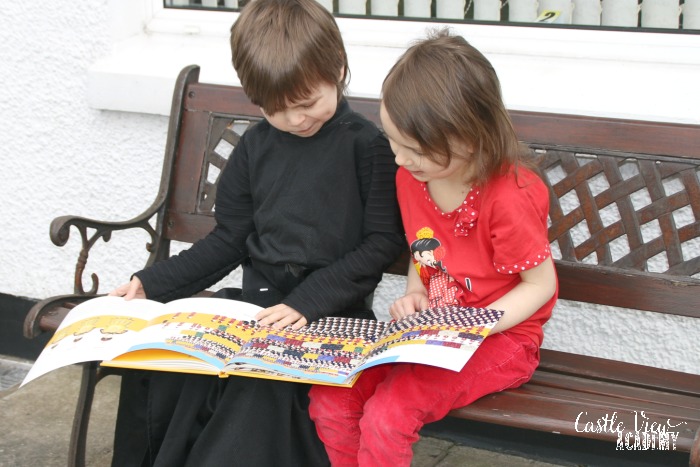 I found it very interesting to find out that the 12 emblems on the emperor’s imperial court robe each stood for a different virtue.  And balancing that, the 14 confessions of Emperor Shunzhi are also included in this book.  It isn’t often that you hear someone in power confessing to their weaknesses. 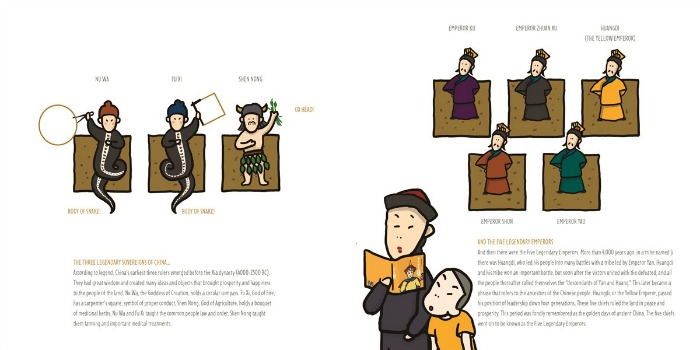 What Was It Like, Mr. Emperor? There are a few different emperors introduced in this book, along with what they were known for (good or bad), and some interesting facts about them.  Of course, we found it of note that Emperor Xianfeng of the Quing Dynasty was premature; and something that his mother actively attempted in order that he be born ahead of another Imperial Consort’s child.  Because Tristan was also born premature, this is a fun fact and proves that coming into the world a little (or a lot) early doesn’t necessarily have to reduce your impact.

Ending this book is up to the reader…there is space for children to answer the question, “If you ask me, I’d say that a good emperor should…..”  This is a good way to open up discussion with children about what they think it takes to be a good leader.  If you have a group of children they could help each other see the positive leadership qualities in each other and help them learn how to be a good leader rather than a dictator….which is a whole other discussion about the world’s leadership.

Of course, no one really knows what life was like as a Chinese emperor…but this is a good story to give children an idea about it and have them ask questions.  Questions which can be further researched; building little historians one reader at a time.  Excellent!  In a world full of gadgets and fleeting images, it’s also important for children to learn about the past.