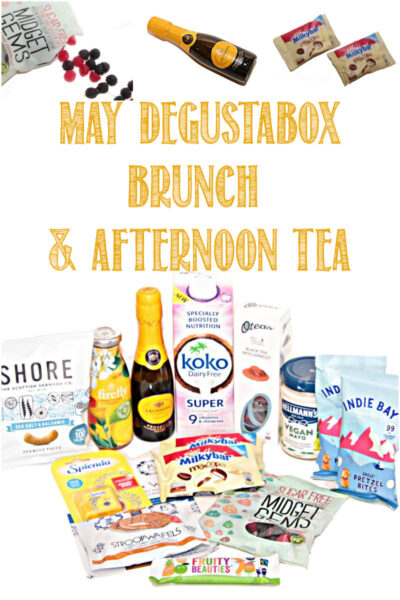 We’re just back from a visit home to Canada, and we had the pleasure of taking along a few of our May Degustabox items with us to snack on along the way.  It was fun for the kids to try new snacks while out at different locations, and it was easy for me to just pop them into our carry on luggage and keep them handy during the 35 hours it took to get there, as well as the many kilometres that we walked visiting various attractions in Regina. 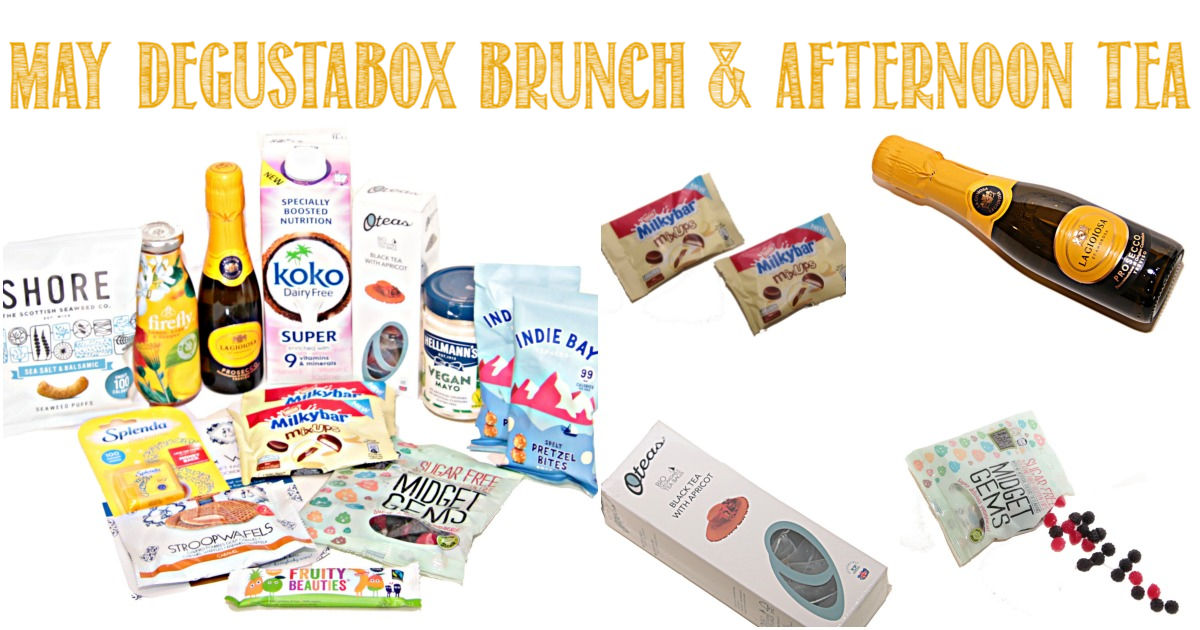 Let’s start with the contents of the Brunch and Afternoon Tea Degustabox before moving on to our top picks.  Each monthly box contains between 10-15 products; some aren’t yet available in the shops which gives you the first chance to try them out!  The short version of this month’s box is that there are 14 items; 8 snacks, 4 beverages, and 2 meal items.  The long version is…. 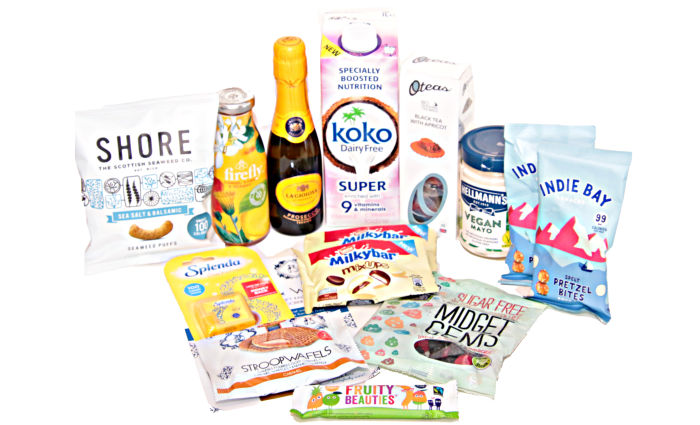 There are also a couple of recipes in this box for:

The night the children and I arrived back from Canada, Phil and I settled in with a movie and a bottle of La Gioiosa Prosecco Brut DOC Treviso.  It was bubbly and a bit tart, and I can see why so may people gravitate towards prosecco for celebrations.

Daelmans Duo Stroopwafels have been one of my favourite tea-time treats for the past decade.  Set them on your cup of coffee or tea and let the caramel between the waffle layers melt for extra deliciousness.  Phil and I tend to indulge in these during Christmas festivities, however, they are wonderful at any time of the year.

While we were away, Phil was home enjoying Oteas Black Tea & Apricot rather than his usual breakfast tea.  He liked the flavour of the black tea with the shot of apricot flavour that it has.

Organic & Fairtrade Snack Bars were a great addition to the travel backpacks for snacking on during layovers (2 layovers totalling 15 hours in one direction).

They are small and light, and helped keep the children going until we walked the 5km home for dinner.  They are full of flavour, a little bit chewy, and better than a chocolate bar on the run.

Bravura Foods Free From Fellows Vegan Midget Gems were a sure favourite, as gummy candies usually are with children.  More people can now enjoy these as these are vegan friendly.

Indie Bay Snacks Spelt Pretzel Bites with Rock Salt.  These little bites are a little smaller than a chickpea.  They taste a little different than a twisted pretzel, but they aren’t as delicate.  I don’t think there was a broken one in the bag.  You can taste the roastiness of the pretzels, and although they are salted, the salt is quite subtle.  The children had these in the baseball bleachers while resting their feet after a long day of walking across the city.

Phil was a real fan of the Milkybar Mix Ups.  They are a combination milk chocolate and white chocolate, in various stacked and coated combinations.  Phil really enjoyed these, as he’s a long-time fan of Milkybar, and he never turns down milk chocolate so to have them combined worked well for him.

Rather than try the Splenda Sweet Minis out ourselves, we passed them on to a special neighbour of ours who has diabetes and would benefit more from them as we don’t use sugar or sweeteners in our tea or coffee.

Shore Seaweed puffs are light and crunchy, and the taste of the seaweed is definitely there.  Strangely, my children, who generally love seaweed, weren’t huge fans.  I think perhaps the taste was okay, but the aroma may have been a little strong for them.

Hellmann’s Vegan Mayo was something new for us, as we generally go for the traditional version.  However, it’s nice to see companies branching out and supporting a wider population base.  We used this while making deviled eggs, which are always a great summer classic.  I know – a bit strange to use vegan mayo in eggs, but it worked for us on the day.

Tristan’s already familiar with the taste of Koko Dairy Free Super Milk; when we was allergic to dairy products he used it in his morning cereal and it was very often used in our baking.

Phil and I shared the Firefly Drink in Lemon, Lime & Ginger when we returned home from our trip overseas.  You can see it has quite a golden colour.  It doesn’t taste like gingerale, but perhaps more like lemonade with a warming ginger aftertaste.  The ginger isn’t so harsh as to provoke heartburn.  I’m up in the air about it, but Phil liked it much more.

There you have it!  The full run-down of the May Degustabox  – the ups and downs and in-betweens.  Have you tried a Degustabox yet?  Give it a whirl and see what delights are in the next box!