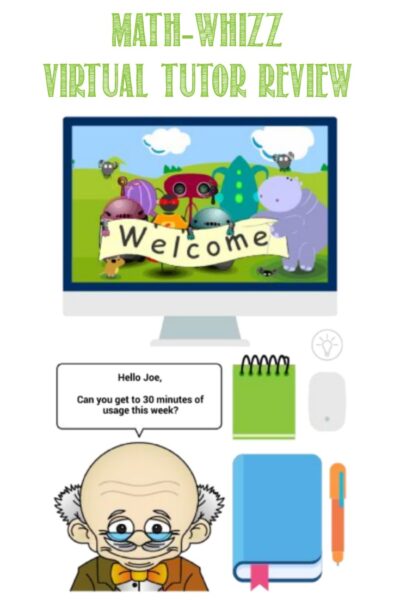 Over the past few weeks my children have been challenged in a fun way with  Math-Whizz from Whizz Education.  My children generally do pretty well with math, so I was curious how supplementing their usual program would be of benefit.  Read on for the results. 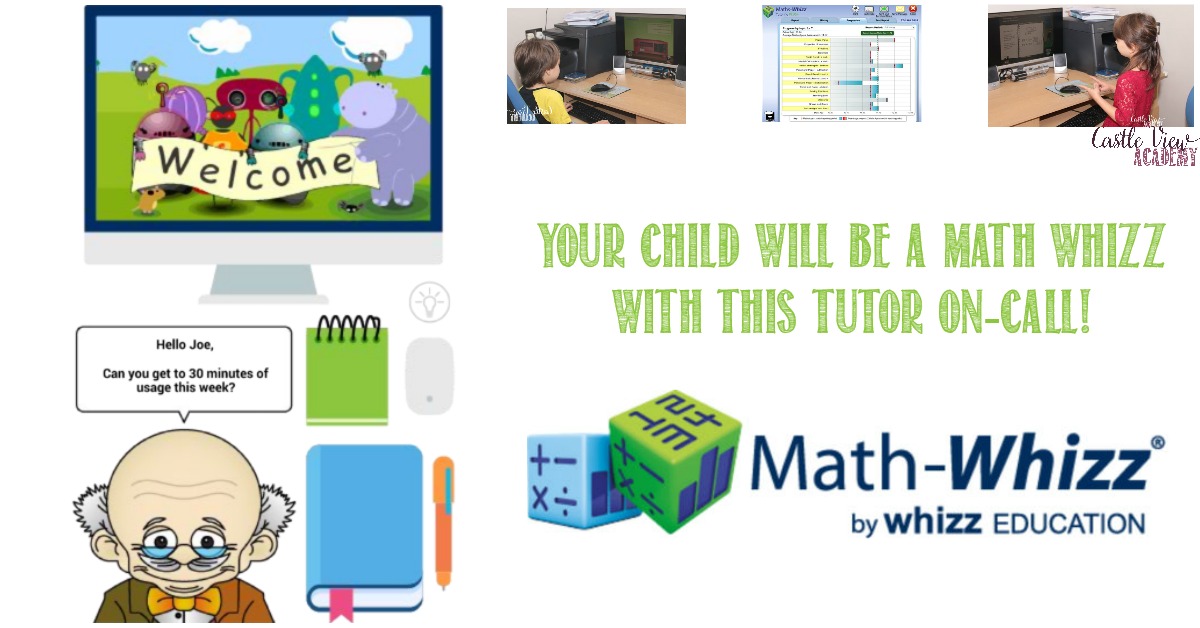 The children each received a 12-month subscription.  Math-Whizz has both USA and UK versions, and we were pleased that we could avail of the British version so the children could work with Celsius, miles, and £ (yes, the UK is a mixture of metric and imperial measures) rather than inches and $. 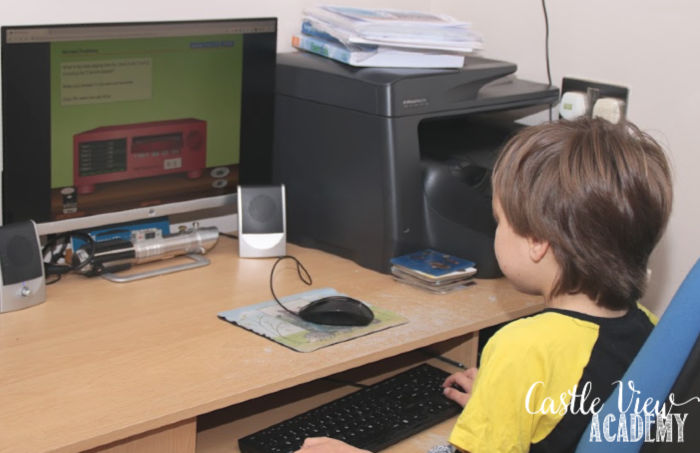 Math-Whizz is an online program that uses flash, so you need to use it on a PC or laptop rather than tablet.  It was created using artificial intelligence so that it can pick up on the areas that a student needs help with and focus there.   The children started off with taking an assessment to gauge their abilities.  After the , your child’s ‘math age’ compared to their actual age.  In addition to the info in the parent’s dashboard, I also received an email that highlighted what each childs’ greatest strength and weakness was, which didn’t come as a shock, but left us more aware of it. 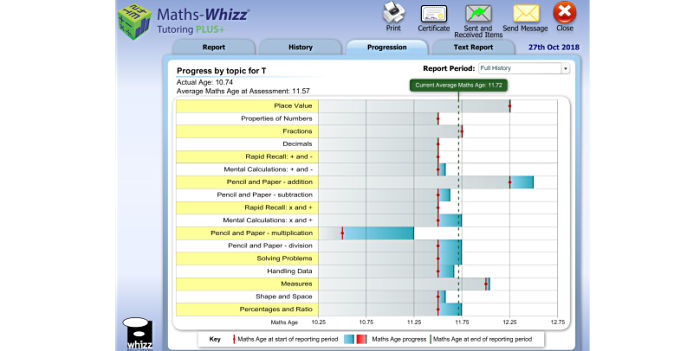 Math-Whizz recommend children spend 15-20 minutes a session on the program for a total of 60-90 minutes a week.  There are exceptions such as if you your child is gifted or needs some remedial help.  My children did do more than this time amount per week as we’ve only been using this program for about 3 weeks and wanted to see what could be achieved to share with you.  Now they will be scaling back to a slower pace.  As you can see above in the screenshot, in about 6 hours of tutor mode, Tristan has improved by .15 of a year – and his paper-and-pencil multiplication has gone up 3/4 of a year.

READ MORE:   A Taste of the World: Food & Celebrations

The first lessons my children were given after the assessment was in the area in which they most excelled, which gave them confidence in themselves and the program.  Then it moved onto the areas in which they weren’t as confident. 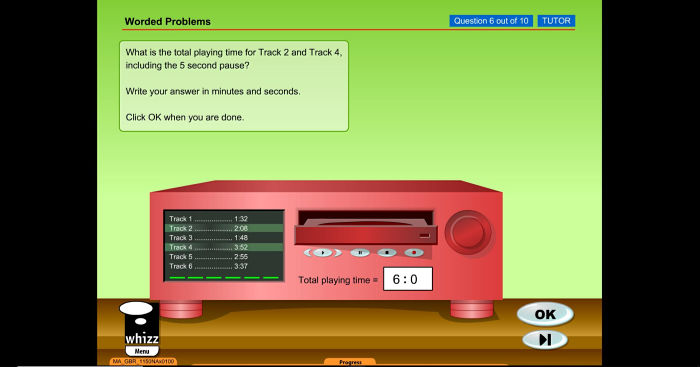 The format is fun and there’s lots of sound to keep children’s attention; it feels like a game.  First children are given a lesson and exercises to practice with.  Then they complete an exam upon which they must achieve 70% in order to pass and move to a new process.  Parents are given both grades in the dashboard to compare.  If a child doesn’t do well, you will receive an email saying that they are finding a particular area challenging and they encourage you to look further into it and sit with your child to work on the problems to achieve success the next time they go through the unit.  I like this because we can’t always be hovering over our children’s shoulders and this means nothing will slip by. 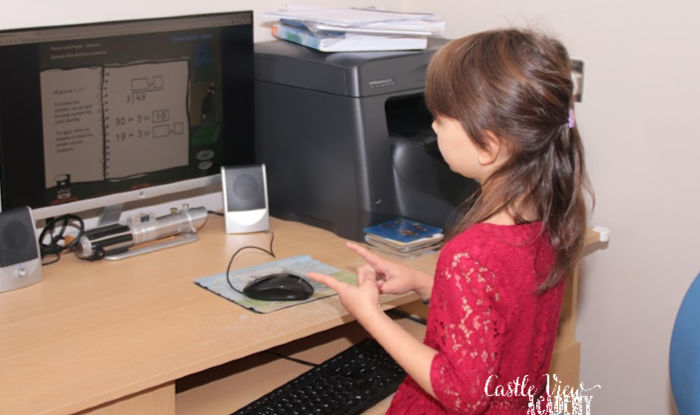 With Math-Whizz children cannot pick and choose which topics they would like to do; it’s all decided ahead of time by the AI program.  Parents can see the next three lessons their children will have in their dashboard, and even try them out so they can give a little guidance if needed.  Also in the dashboard are video tutorials to show us parents some best-practices and other information.

Parents and children can send each other emails within the program, and even include some fun animated stickers.  There’s an editable certificate that you can change the colours for, choose a sticker, and you’re in charge of what it will be awarded for – which is great.  Kids don’t have to wait until they pass the whole year to receiveencouragement – you can create a certificate for trying hard, persevering, perhaps even not whining when it’s time for math!

READ MORE:   How To Create Drool-Worthy Printables And Email Opt-Ins

Math-Whizz is geared towards children 5-13 years old, and as a supplementary tutor, it targets those learning gapcs – you know, those little areas of ‘regular’ class where children will avoid doing the lessons at all costs, and will bring them up to a more well-rounded level of achievement and then once they start improving they will have better overall confidence in all areas.

In the short time we’ve been using Math-Whizz, the children have been improving.  They like the program, and I like that it’s strengthening their weak areas of math.  But what do they think?  Watch the video above to find out what my children really think.