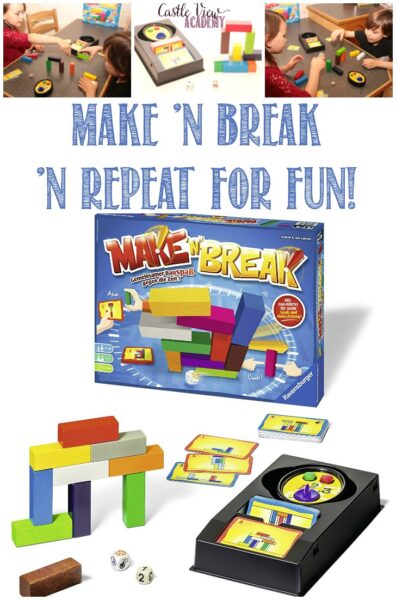 Games that are a mix of both skill and chance are a great way to level the playing field between players of differing abilities…add in some team play and a unique way to add up the points, and you have Ravensburger’s Make ‘N Break! 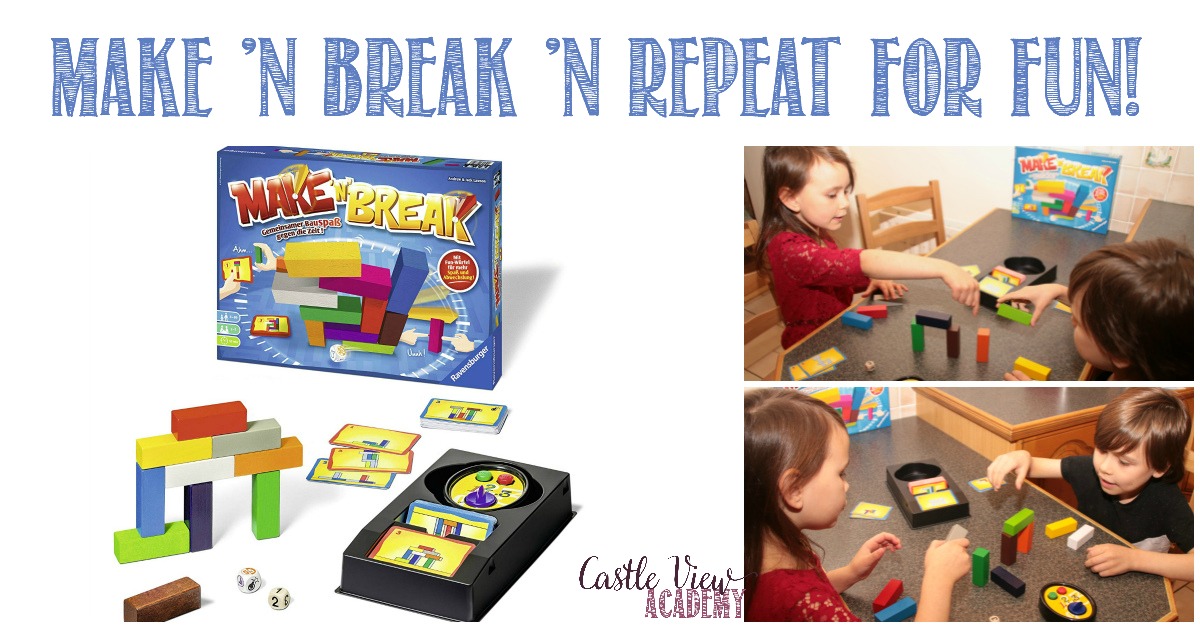 Ravensburger kindly sent us a copy of Make ‘N Break to try out and the kids are having fun with it!  It’s aimed at people aged between 8 and 99 and can accommodate between 2 and 5 players at a time.  With a playing time of about 30 minutes or less, it’s short enough to keep the younger players interested and is a great way to take a break from the day for everyone.

What’s in the Box

Beat the clock to use the blocks to build the images on the blueprint cards together with your teammate. 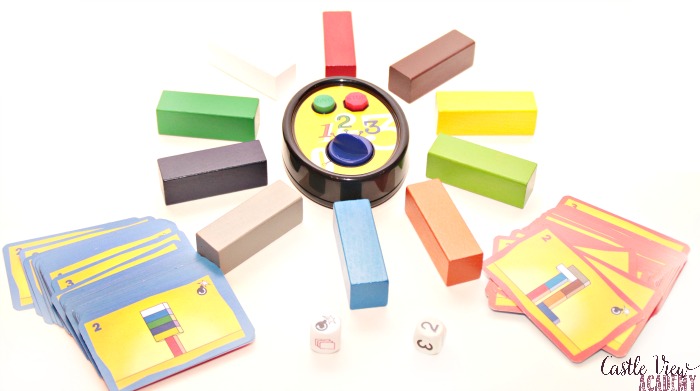 There are two ways to play Make ‘N Break.  The original game play is to first decide whether you are going to use the more simple blueprints or the more advanced blueprints throughout the game.  Then sit around a table (the floor works great, too). 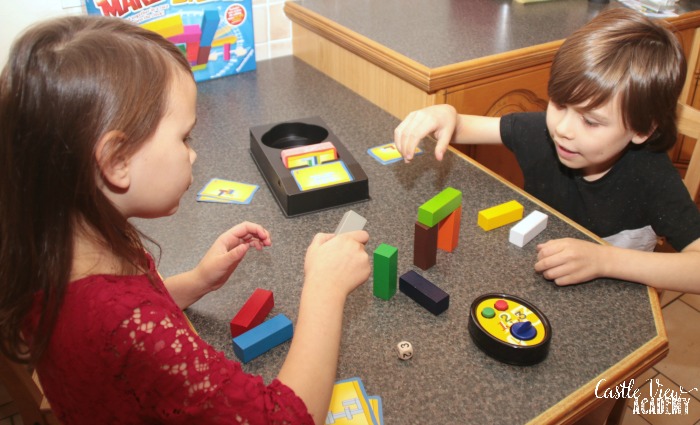 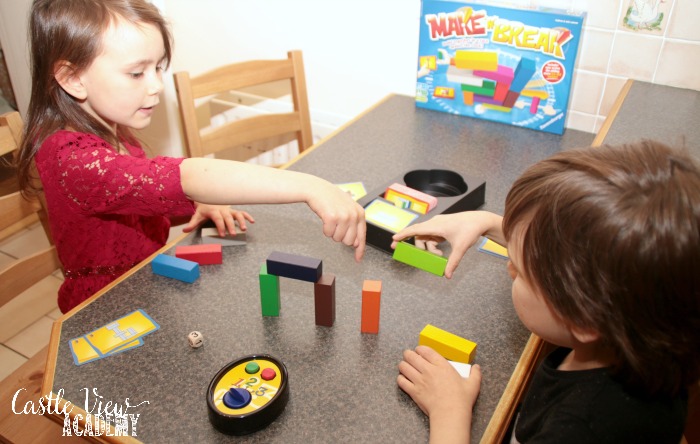 This is a new way to play that wasn’t included with the Original Make ‘N Break game.  In this version, for each turn not only is the time die rolled, but also the action die, which will then delegate which additional rule must be followed for that turn:

Most of the game versions can be played with only two players going against each other.  More specific rules are included, and you are also free to use them in a way that works best for the players involved (taking age and ability into consideration).

Make ‘N Break is a fun way to have fun together as a family, while at the same time working on team building, cooperation, and spacial reasoning (you could even use this game as a part of your math class and be an awesome teacher!).

Because there are so many ways to play (for younger players you could even play an entire game using one of the Action options), and other ways kids can use the game parts for other imaginative endeavours, and because this game works on spacial awareness, dexterity, and cooperation, I can recommend it both as an educational game, but also as a FUN game, too!