This is a classic science experiment.  I never did make a volcano when I was a child, but my children have now done this several times and never grow tired of watching the reactions! 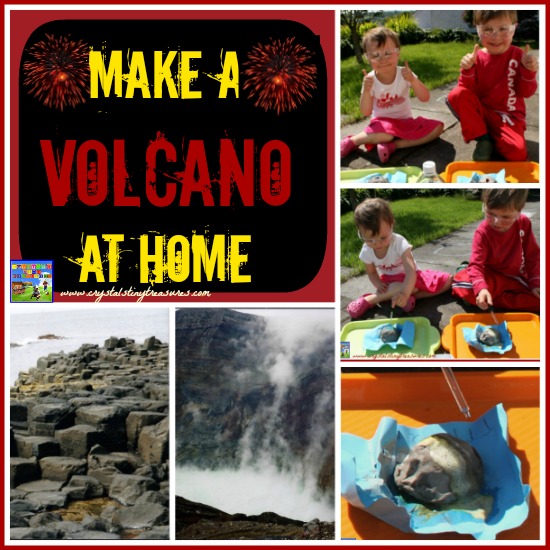 My children have been interested in volcanoes and other phenomena.  And reading Harry and The Hot Lava this week has erupted their curiosity once again.

It’s fun to take them for a walk down by the sea where they can see basalt rocks in various shapes and sizes.  In fact, there is an almost unique volcanic phenomenon known on the North Coast of Northern Ireland where the cooling lava from long ago formed into hexagonal posts.  This area is known as The Giant’s Causeway.  There are legends and folklore associated with this area, but we’ll explore those another time. 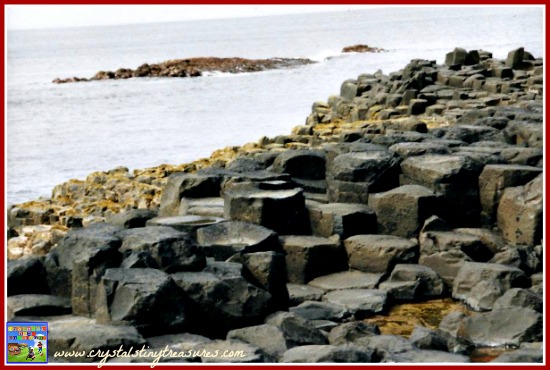 For the base of this volcano we used some clay.  The kids rolled it into a ball and then tried to sculpt it up a little into a cone shape before sticking a finger into the top, but not going all the way down through the bottom of their form.

You can start using your volcano right away as well as after it dries.  We’ve kept the volcano that the children made while attending their first home education meet-up at the Irish Linen Centre and Lisburn Museum.  Of course, every experiment with chemical reactions requires the use of protective eye wear, as the children reminded me. 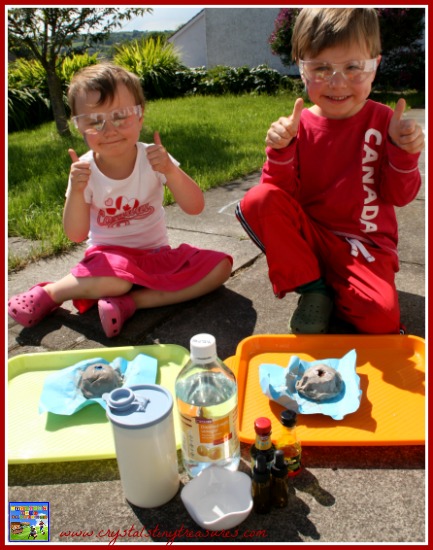 Let your children carefully put some baking soda into the hole in their volcano.  They can add a drop of food colouring to it as well, if they’d like.  We’ve run out of red food colouring, so they children decided they wanted to use yellow and blue for their eruptions.  They’re not entirely wrong, either, as not all active volcanoes are spewing red lava. 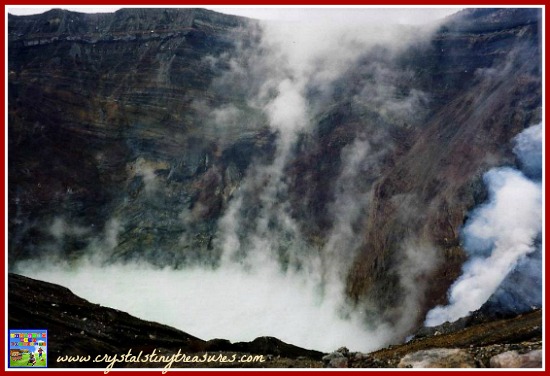 When Mom came to visit me in Japan we made out way to the southern island of Kyushu and then rode a steam train to Aso-san (Mount Aso).  It’s a live volcano.  When the winds had shifted, we were able to walk up to the edge of it and look down inside.  This is what we saw.  Not at all what we were expecting!  A very exciting experience indeed. 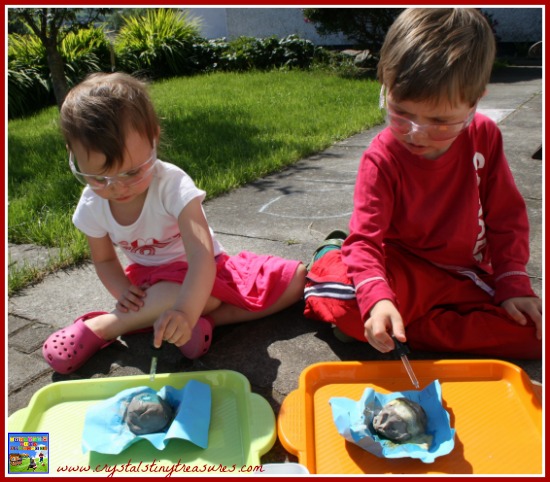 Now drip some vinegar into the hole and watch your children’s faces as they are fascinated by the chemical reaction taking place as the lave bubbles up and flows from their volcano.  This reaction between the vinegar and the baking soda creates carbon dioxide.  The pressure inside the volcano builds up until it has to rise up and flow out to relieve the pressure. 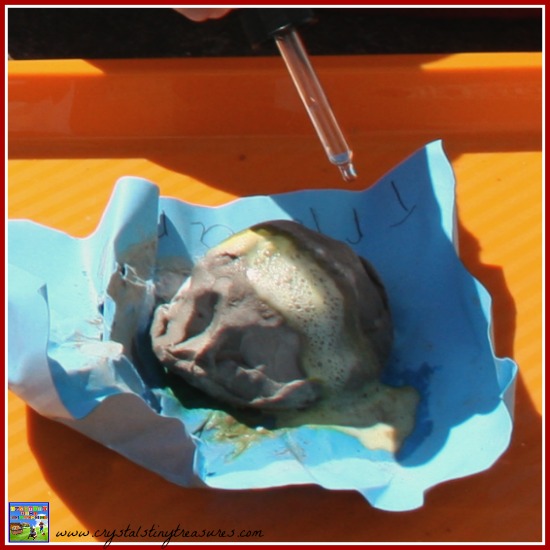 This is a hands-on way for young children to understand a little more about the earth and the world around them.  Have you tried this experiment with your children?

We love learning about science!  Our best experiments so far have been sink or float, and making our own thermal bottle covers.  For more ideas, see our science activities page.  And if you want to read a fun and imaginative book, try Harry and the Hot Lava! Happy learning!  Please see our Lava cake in a mug for a fun volcano-themed snack!