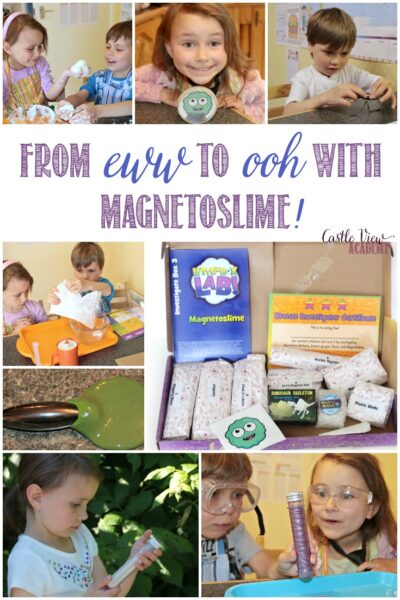 We’ve really enjoyed sharing with you the colour and magic of LetterBox Lab this summer, and today we’re bringing you the third box in the subscription for little scientists.  This month’s theme is Magnetoslime, and it’s fascinating!  This box revolves around different kinds of slime, magnets, and trying to decide whether things are liquid or solid…or can they be both? 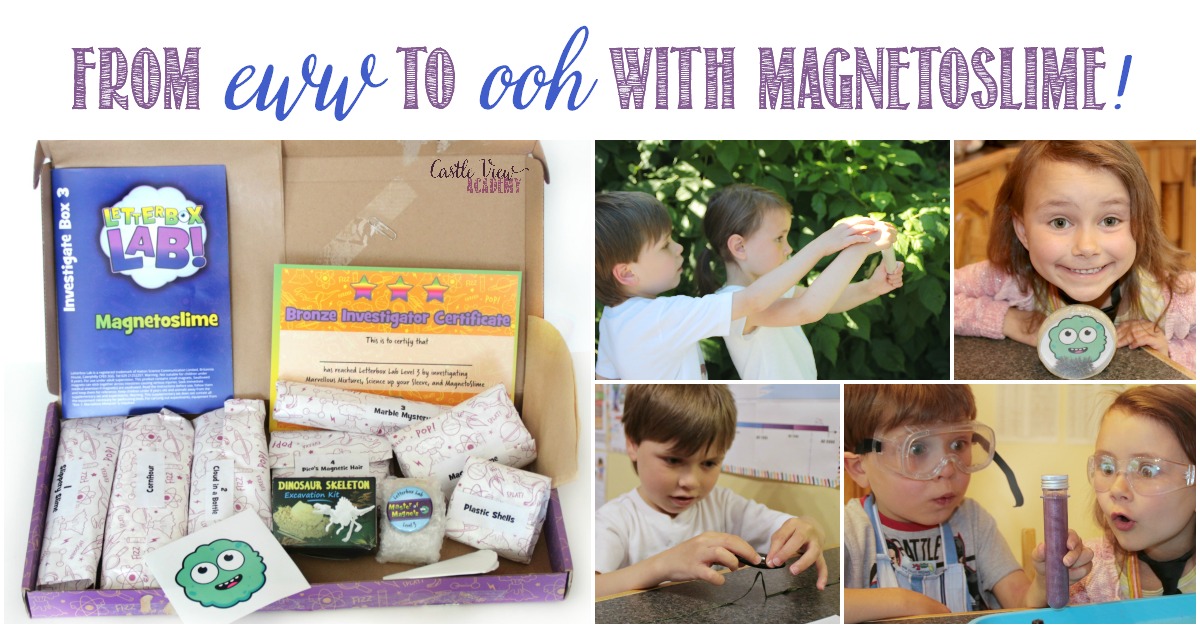 This summer things have come together so well for the children and what they’ve been learning, and the experiments in Letterbox Lab.  We had summer days filled with rainbows, then as Tristan was reading the Harry Potter series, the Science Up Your Sleeve box arrived for the rainy days, and now with all of the excitement about the solar eclipse, the Magnetoslime box contains some wonderful experiments revolving around clouds, Saturn, and magnetic forces.

Have you signed up yet for LetterBox Lab? Be quick, the coupon code at the end of this post expires on Thursday!  In my UK homeschooling groups there is a lot of talk and dozens of parents are signing up to this new subscription box filled with at least 5 experiments each month.

From eww to ooh!

Ewww, that slime is gross!  That’s the response I was expecting based on past experiences; but I was pleasantly surprised that the child who previously wouldn’t go anywhere near slime was the most enthralled with these experiments!  How can something be both a solid and a liquid?  And how can slime creep across the table on its own?  It’s some interesting science, indeed; even if you don’t want to get your hands dirty, you’ll want to get hands-on just to find out what’s going on!

We’ve done some magnet experiments before, but these were definitely the most fun and engaging!  Figuring out how magnets buzz, giving the Letterbox Lab mascot, Pico some fun hair styles – these were hilarious!  Even I had a try (or two) with this one.  Kallista had to leave her style up on the kitchen shelf for a week she found it so good.

But the best experiment in the box was the cloud in the bottle; I haven’t seen it done in this fashion before; and in addition to our weather, it helps explain Saturn’s dust storms; and you should have seen Tristan’s face when he figured out that this experiment could also be used to aid an explanation to the Northern Lights – his light bulb could be visibly seen switching on in his mind!  That’s what I love most about homeschooling and working with the children investigating life’s mysteries. 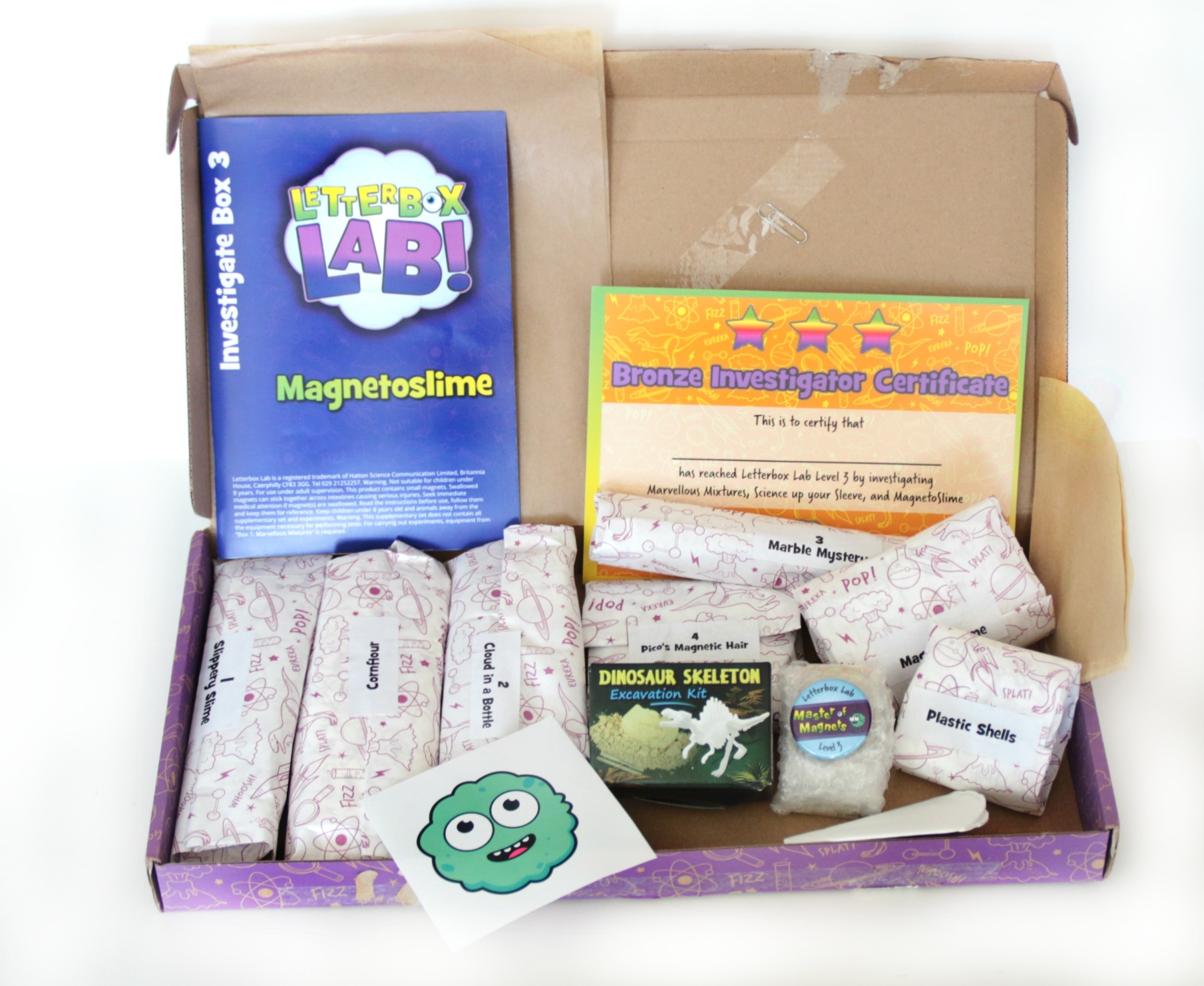 Before your box arrives, you’ll receive an email with a parent’s cheat sheet to give you a heads-up about anything you might need to know, as well as  a key to an internet page from which you can view all of the experiments before you do them.  We’re a bit backwards and tend to do the experiments first and then watch the videos to compare how our results were with the pros!

The experiment booklet is easy to read and includes a safety checklist for each experiment for children to read and check off.  It’s a good reminder for them to have their goggles and gloves on if they’re needed.  And space to record the results of their experiments and be led towards more enquiry with some guided questions after the experiments.

There are 7 main experiments in the Magnetoslime box, as well as some ways to take some of them further.  As an added bonus, there is a surprise in this box, just for your little explorer, as well as a badge and a certificate of completion as a quarter of the year has passed; where does the time go when you’re having fun?

Is it a liquid or is it a solid?  It’s been a few years since Tristan and Kallista made slime.  The first time Kallista didn’t want to go near it, but this time she was fascinated.  One of the things I loved about this Letterbox Lab was the expressions it generated on my children’s faces; they’re priceless! 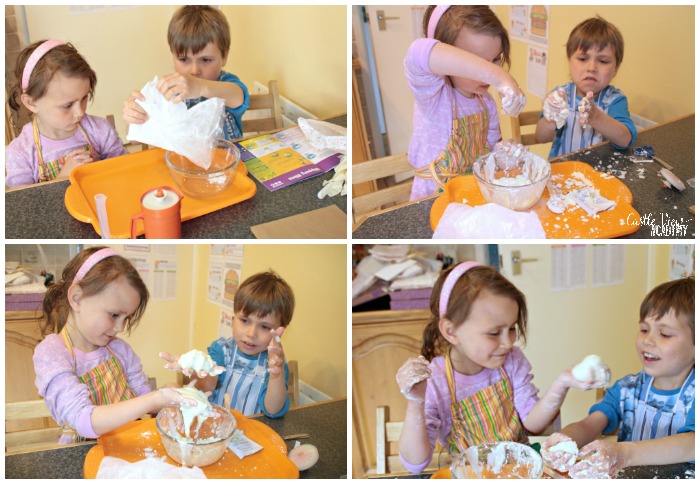 Cloud in a Bottle

This I think, was Tristan’s favourite overall experiment!  Seeing a cloud swirl around in a test tube, checking it out with the lights provided in the second box, and also using a magnet to take control of the storm within was powerful!  You have the opportunity to create your own Saturn as well (we’re leaving that one to your imagination). 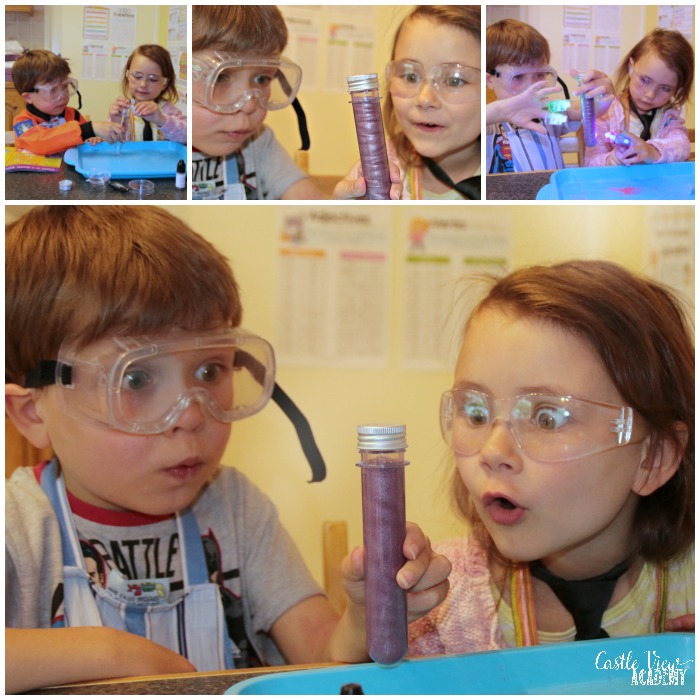 What is the best way to move a marble from one end of a tube filled with sand to the other?  What will you learn about the properties of these objects?

These buzz magnets are really cool!  They’re beautiful, strong, and smart, too.  Tristan figured out on his own how they created the ‘buzz’, which is what he’s explaining to Kallista in the last photo. 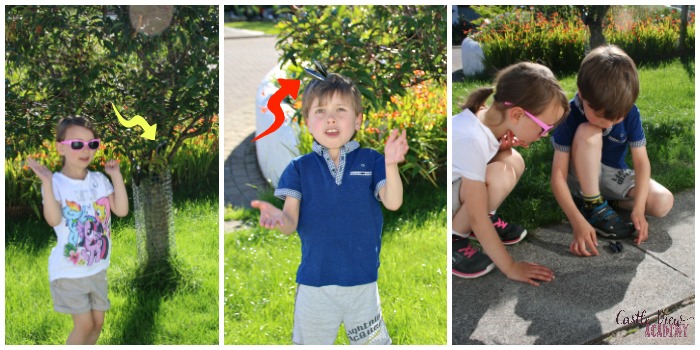 Kallista had lots of fun with this experiment!  She had Pico sitting on the shelf like this for days.  It’s fun to see how magnets work with iron shavings and creating different hair styles for Pico.  And don’t miss the laughter when a beard or mustache ‘waves’! 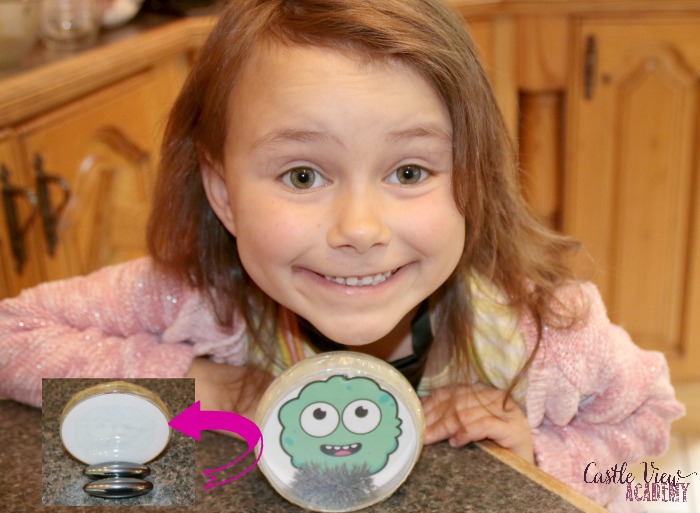 A second pot of pre-mixes slime is included, which has a magnetic component to it.  Can you build a bridge? Can you lift the slime without touching it?  What happens if you leave the slime on the table near a buzz magnet while you watch a movie?  Perhaps ‘creeping slime’ might be a better name? 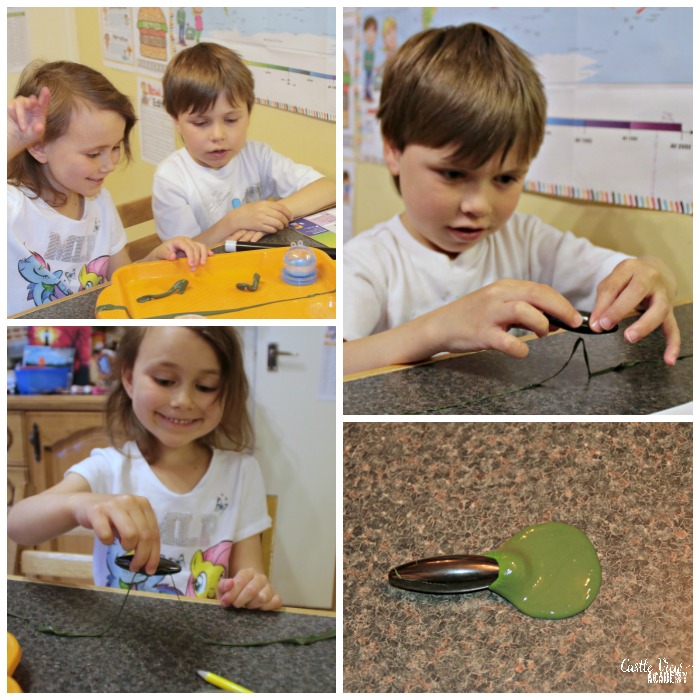 How long will it take for a little magnetic slime to fall from the funnel?  What will happen if you leave it overnight?  How long does it take for all of it to slide through?  Why does it behave so mysteriously?

Is Letterbox Lab Value For Money?

I have seen the question asked in my home education groups.  And I was on the fence at the start as well.  Of course, you could source all of the supplies on your own for less; and this is the way many things in life are; do you make meals from scratch or get a take away or eat in a fine restaurant?  However, it could very well end up costing you more in the long run as you may have to purchase multiples of petri dishes or test tubes when all you need is one.  I’ve been there.  I’ve wanted to do some of these experiments with the kids but hadn’t due to this (let’s not mention the bag of 100 plastic tweezers in the cupboard that were less than just a single pair – but what on earth am I going to do with the other 99  pairs?!)

Each box comes with items that will be used and disposed, but there are also items to keep and add to your own science kit; we already have a nice start after 3 boxes so I can only imagine the supplies you’d have after a dozen!

And when you consider the time spent sourcing the supplies and researching the best experiments, and getting everything out and ready; it’s not for everyone.  This is why Letterbox Lab is brilliant; everything is included, even a safety pin, invisible string, and clothes pins.  The only thing you will need for this box is a bowl, water, and a freezer.  Everything is organised within a bag for each experiment, which not only keeps things tidy, but also adds the the mystery and excitement of each box.

And of course, who can resist the excitement of having a box delivered in the post?  Just for you!  Children will be enthralled with the fun while us parents will be thrilled that our children are learning with enjoyment.

Instead of a new toy (that may break or be thrown to the side all too soon), a weekly kids magazine (filled mostly with ads), or a video game, think about Letterbox Lab and invest in your child’s natural inquisitiveness.

How To Have Letterbox Lab Delivered

Simply go to Letterbox Lab, choose the box(es) you would like, fill in the delivery information, pay, sit back and watch for the postman.

Boxes are available in as a one-time box, a rolling monthly subscription, or for 3-month subscriptions.

And until the end of August, you can receive 15% off your order with the code castleviewacademy.