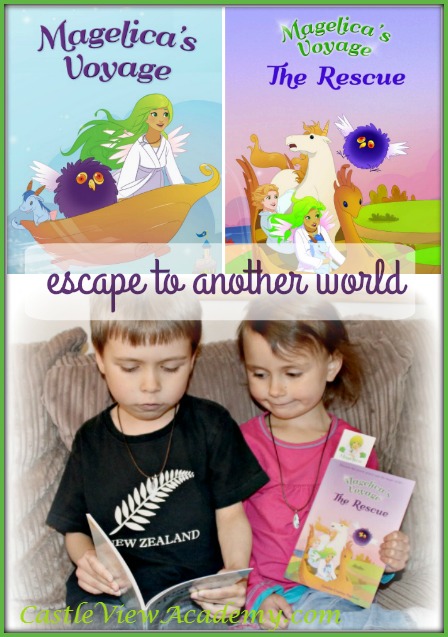 Let’s start at the beginning with Magelica’s Voyage.  It’s the first of the Magelica trilogy and sets the background of how Magelica didn’t know about her past, only that she was being raised by Gri.  The legend was that she hatched from sapphire egg, along with a silver feather that she kept around her neck.  She had a cute little dragon pet, Tris, who joined her on her adventures. 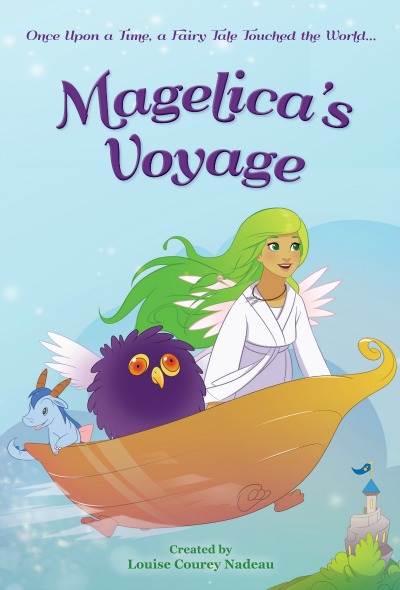 One night Magelica was visited by Odin and taken on a magical journey to another land.  Their transport was nothing other than her bathtub that turned into a golden galleon.  This faraway land was the Isle of Dreams, on the back of Turtle, who was sad.  When Turtle was sad, he didn’t move, and that put the Isle of Dreams into jeopardy.

Magelica managed to help Turtle with his troubles, and returned to her own land, wondering if it was only a dream….but it had been real.

Magelica’s Voyage: The Rescue, the second book of the trilogy (the third is yet to be released) begins with Prince William lost and in need of rescuing.  Magelica dreams about this and knows that she must return to the Isle of Dreams and see what she can do to help. 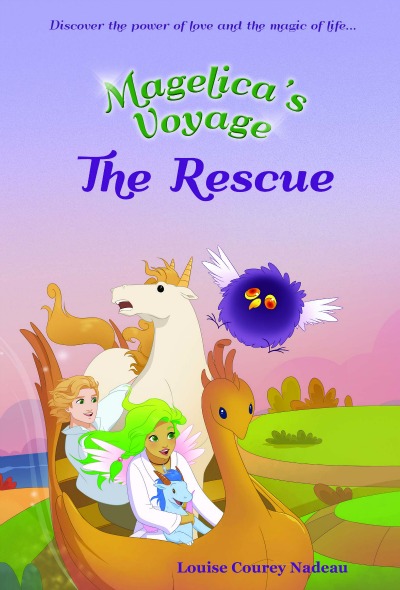 Magelica must travel to the Isle of Darkness with Odin and Tris before it is too late.  They find Prince William just in time and they felt a connection with each other.  Prince William said he would try to find out more about Magelica’s past and that sets us up for the final Magelica’s Voyage book.

Each book is 48 pages and is available in both print and ebook versions in your choice of English, French, and Spanish.  They are well-written and fire young imaginations with worlds of possibilities.  To be honest with you, I don’t usually enjoy fantasy books, but I thought my children might enjoy these.  I was pleasantly surprised to find myself reading on to the end of each book in one sitting!  I was cheering for Magelica and hoping she’d have the courage to help.  I’m looking forward to reading the third book.

The illustrations are done in pastels and jewel tones with simple lines. You can read the characters’ emotions in their big eyes, and movement is shown as their hair flows behind them while on the golden galleon.  The inhabitants on The Isle of Dreams are multicultural which is fantastic to see! 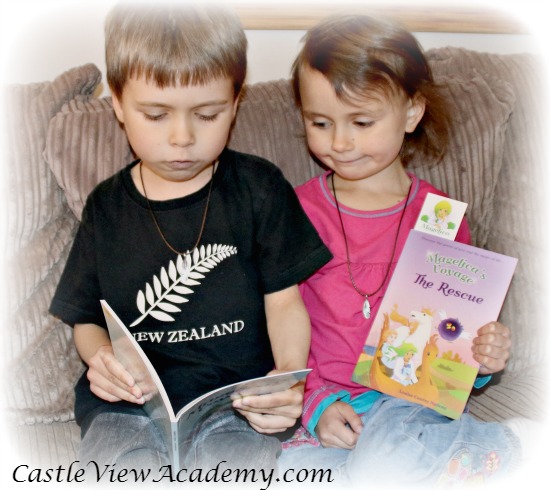 I’m so glad that we’ve read these books, and that the children (and I) enjoy them.  It’s heart-warming to see my children together with their feather necklaces, Tristan reading to Kallista, and dreaming of faraway lands and learning that courage and joy are important in life. 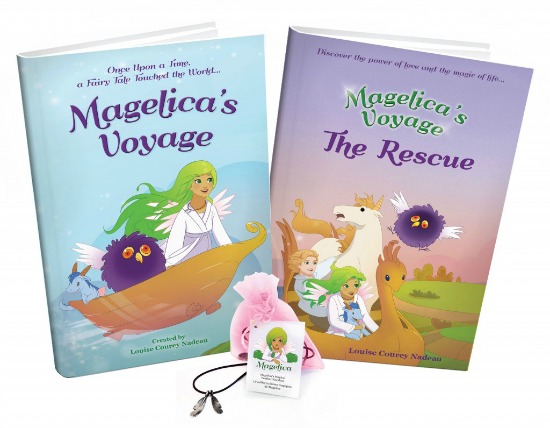 We received both books, as well as the pretty feather necklace that you see above.  There are two cords and two feathers so there’s a choice of whether to wear one cord or share with a friend.  Tristan and Kallista each wear one to keep the other close, just as Magelica and Queen Raya (and later Prince William) did.