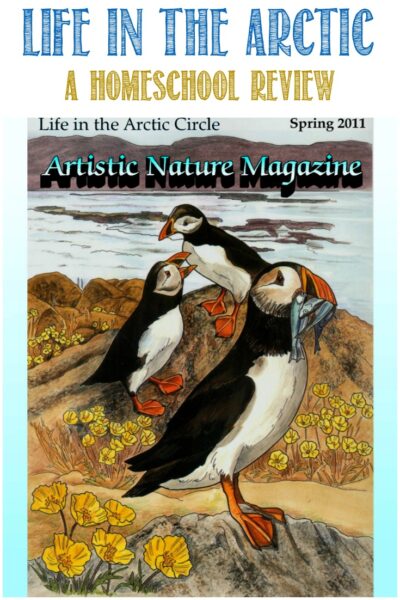 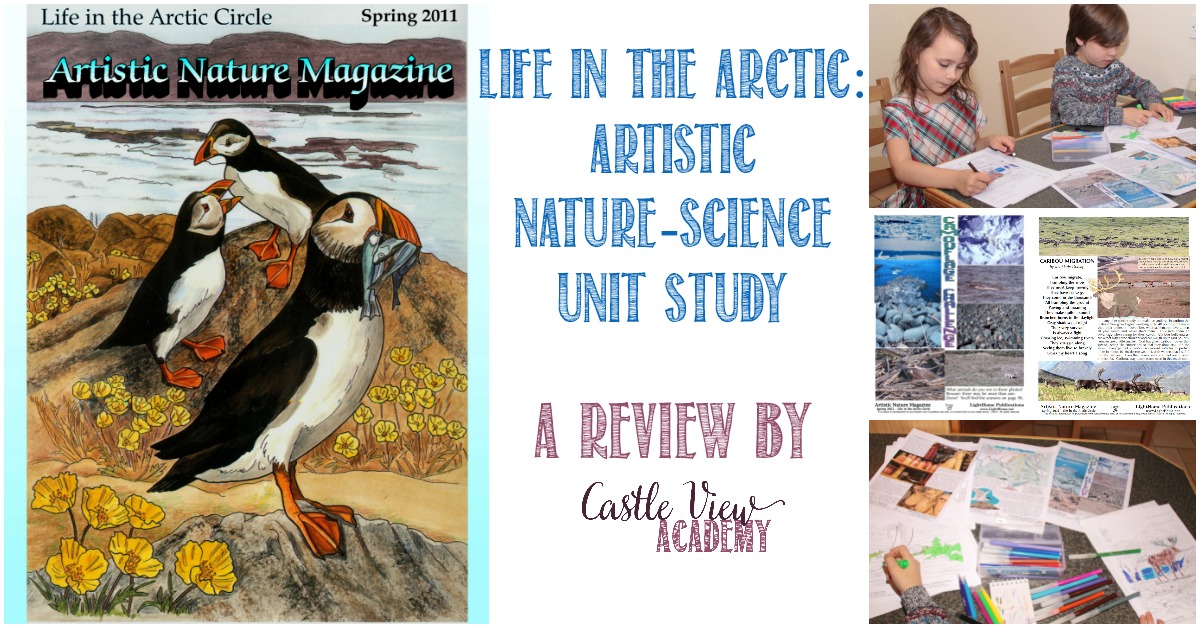 Life in the Arctic Circle is a downloadable PDF magazine that consists of 103 pages in total. It’s well-written and contains a plethora of information about northern species. There is a short article on how to recognise and treat hypothermia, and another on building igloos, but the vast majority of this magazine is on wildlife; both on land and in the sea.

My six-year-old daughter was delighted to learn about polar bears as they’re her favourite animal at the moment. My son looked forward to reaching the section about narwhals, having read 20,000 Leagues Under The Sea. I’m pleased to see many birds such as puffins, arctic terns, eider ducks, and loons were included; these are birds that my children may see here in Northern Ireland when they migrate and winter here on the tidal rivers. Now when they attend a winter waterfowl count with me they’ll know more about migration patterns and why the birds are only here during part of the year. It really helps to bring the learning to them and make it more meaningful.

This isn’t just another dull magazine filled with text and advertisements. Oh no; there aren’t any advertisements at all (how refreshing!), and the illustrations and photos are all in colour and beautiful to see. Wildlife photography is probably one of the more difficult genres to do as you cannot control the light, the weather, or give the animals directions on what to do. Each topic also has several links included that lead to videos on external websites and YouTube. Seeing the animals in action on the screen is a much different experience to only seeing it on the page as a picture or photograph.

I do realise that this magazine issue is quite a bit in the past, but the one thing that lets it down was that many of the links within it were broken and no longer went to the correct website or YouTube video. This did cause my children much frustration, but for a few of the links I was able to source alternatives. 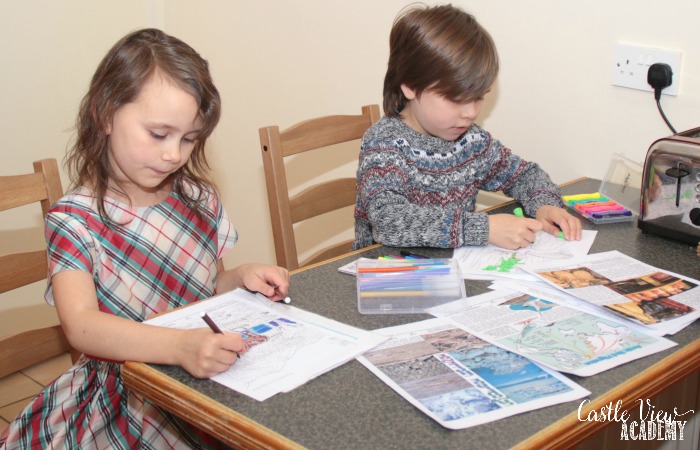 In addition to the photos and articles, there are also plenty of activities to keep children between the targeted age group of grades two to nine busy. Although I think it would be the best fit for children between the grades of three and seven; but of course this depends greatly on each individual. The additional activities are word searches, word unscrambling, simple mazes, drawing silhouettes and animal tracks, and cracking the code.

Another large part of this magazine, and one that drew me to it initially, in addition to the subject matter, was the artistic aspect. My children love art and are quite good at it, but I don’t know how to help them improve. For most of the topics there is a colouring page to print out and colour. They are meant to be done with markers and there are directions on how to use them to get the best results for the picture. By using small vertical strokes or broad horizontal swipes, children learn how to make trees, water, and shadows on rocks and animals look more realistic.

As with any magazine, children can read this one cover to cover in order, or they can dip in and out reading about their favourite birds and animals in any order. My children went going mostly in order so that they didn’t miss anything. As things come up on the news or they see a movie or find a book about the Arctic, they become even more interested in learning more about the Arctic. It’s easy to weave in such complimentary materials and make this magazine even more impactful than it is. When things come together like that, it enriches the learning experience and makes it more memorable. 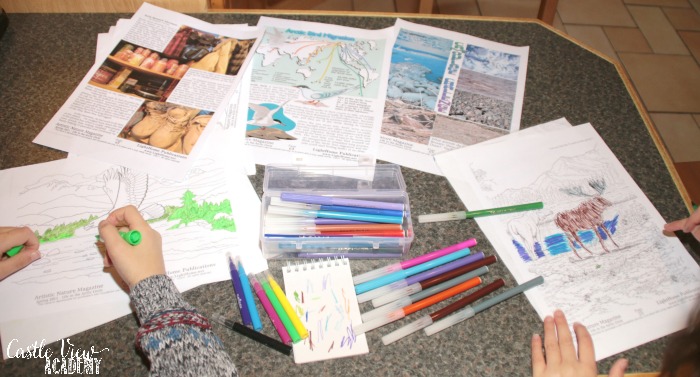 My daughter was in grade one and was able to do just about everything other than the word scrambles. My son was in grade three and it was a good fit for him. Some days I read the articles aloud to my children and other days my son took the lead. They were able to choose how much or how little they want to do each day, and by giving them this freedom they actually did more than I would usually have expected them to do.

The content isn’t too heavy and thus it has turned out to be a great way for my children to continue learning when they each came down with chicken pox. In fact, there were days when they asked for a second lesson later in the day.

We’re all enjoying the information and art in this magazine, and I already have my eye on a couple of other issues in this series. I haven’t come across a magazine that so easily worked into my children’s interests and could be expanded upon so easily and make learning fun for them. It’s opened my eyes to another resource we can use in our eclectic homeschooling journey.