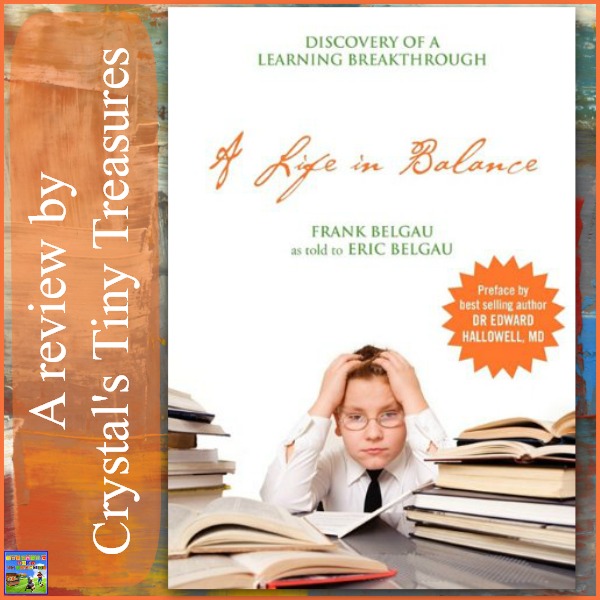 A Life in Balance began in 1960s Houston.  It was the start of the space race, the infancy of neuroscience, and anything seemed possible in these changing times.  Frank reveals that he suffered from dyslexia as a child and felt out-of-place in his bright family.  Though he successfully learned to work through this hurdle he always remembered how he felt as a youngster.

After a time in the Air Force, Frank found himself teaching in the school system.  The start of his brain fitness program evolution can be traced back to when a colleague asked him to teach art to a class of ‘mentally retarded’ children’ to give their teacher a break.  Times were much different then and he was told if they acted up to have the children sit with their heads on their desks and put a newspaper over their heads.

But Frank connected with these students, he held their attention and they discovered new talents and passions within themselves. Frank didn’t underestimate the children; he expected them to live up to their potential.  His views were radical for this time, but he kept at it.

One day he found that something he had the children do really helped immediately with their reading and comprehension skills.  The spark was lit and he became obsessed with finding out the hows and whys.  His whole life encompassed his work and he became totally focussed.

At each stage of is career he had key mentors and supporters appear at just the right time.  Often he didn’t know how much they stood up for him and his ideas until later, but they all had an effect on Frank.  He mentions these key people in the book and gives some background to their relationships and how they helped Frank move forward with his work.

After Frank left academia he continued to develop his theories and began to make and sell his equipment.  Often he would take his whole family across the country in a camper to personally show teachers and other experts his equipment in practice. Frank believed that everyone has potential.  A teacher who is inspired will often inspire their students as well, and this drive and quest for improvement kept the spark alive in Frank throughout his career and he inspired many others along the way

The technical side of how the brain works is near the end of the book, as Frank himself didn’t understand until later in his career why his methods were working.  By not getting into the scientific explanations until then it also means that casual readers aren’t confused by technical words and explanations until they’ve been introduced to the underlying processes.

Broken down, Frank had discovered that there is a link between physical activity and reading ability.  Concentrating on body movements and balancing changes connections in the brain and allows people to both read and comprehend what they read better, even after just fifteen minutes.  Frank first discovered this brain training connection with the children he was teaching.  However, as he approached the age of 60 he found his own mental abilities declining and thinks that the same principles of his brain training techniques could also work for the aging population, specifically Alzheimer’s sufferers.  Could his body and brain exercises help keep everyone’s brains sharp?

The equipment that Frank developed is available on his Learning Breakthrough Program website, but there are also some exercises that can be done at home without any special equipment and these are described at the back of the book. 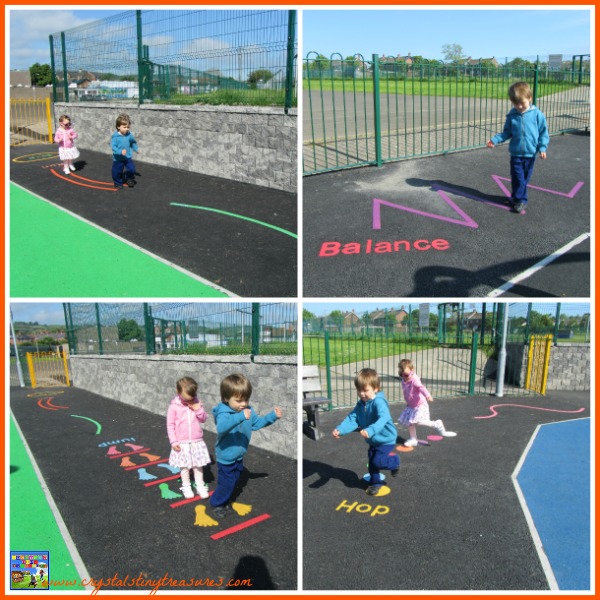 It was a fun coincidence that a new playground opened in our town the week I finished reading A Life in Balance.  When we went to explore it we discovered some painted lines on the tarmac that reminded me of Frank’s “spacewalk”.  The kids think it’s great fun, and though I haven’t done it yet, it’s tempting to have the children do the playground course a few times and then read a book to see how well it works for us.

If you have an interest in special needs or if you’re just looking for an inspiring story, A Life in Balance will fit the bill. I was interested in this book because of my background in psychology and early childhood development and I found it a very interesting read.  I enjoyed reading the autobiography in the evenings and having a little time alone to relax away from housework and social media.  In fact, I realized how much I missed reading true-life books that I’ve since been to the library searching for more inspiring lives to learn about.

A Life In Balance currently costs $16.94 for the 216 page paperback book.  If you’d like to find out more about brain training you can follow Learning Breakthrough on Facebook, Twitter, and YouTube in addition to the Learning Breakthrough Program website.  You can also read over 70 other Schoolhouse Review Crew opinions by clicking on the graphic below.