We enjoy going for walks and learning about our surroundings.  Where we live the street signs are very low, usually at about hip level.  Tristan became curious and began asking about them.

He understood that there were letters on the signs and wanted to know what they were.  We made a game out of tracing the letters to learn about letter formation. 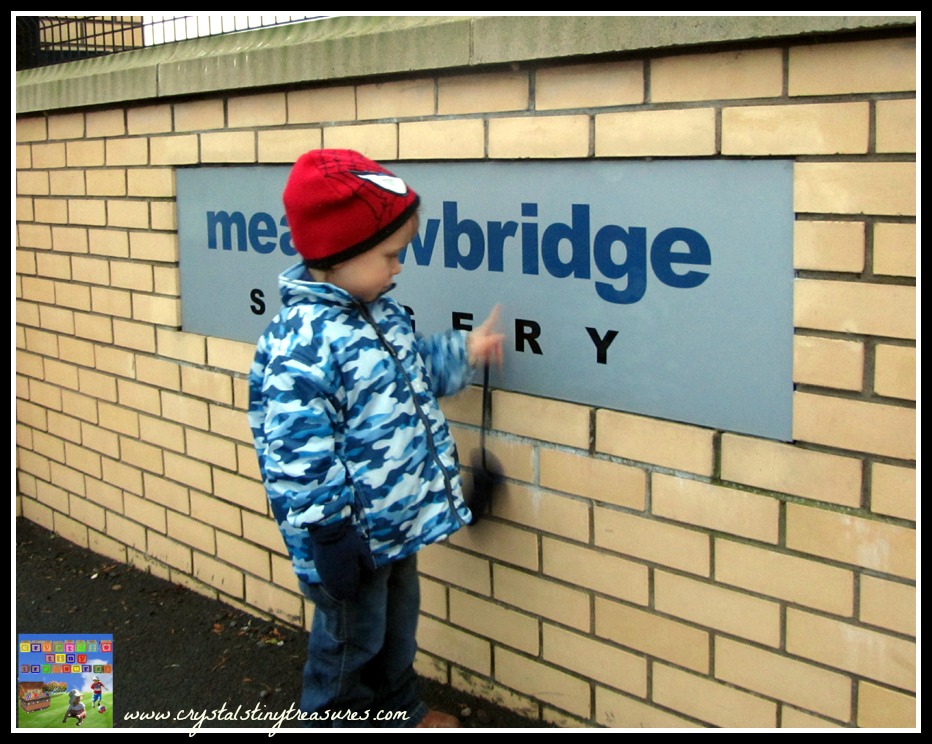 We began to stop at some of them and I would tell him the letters as he traced them with his finger to become acquainted with the figures. 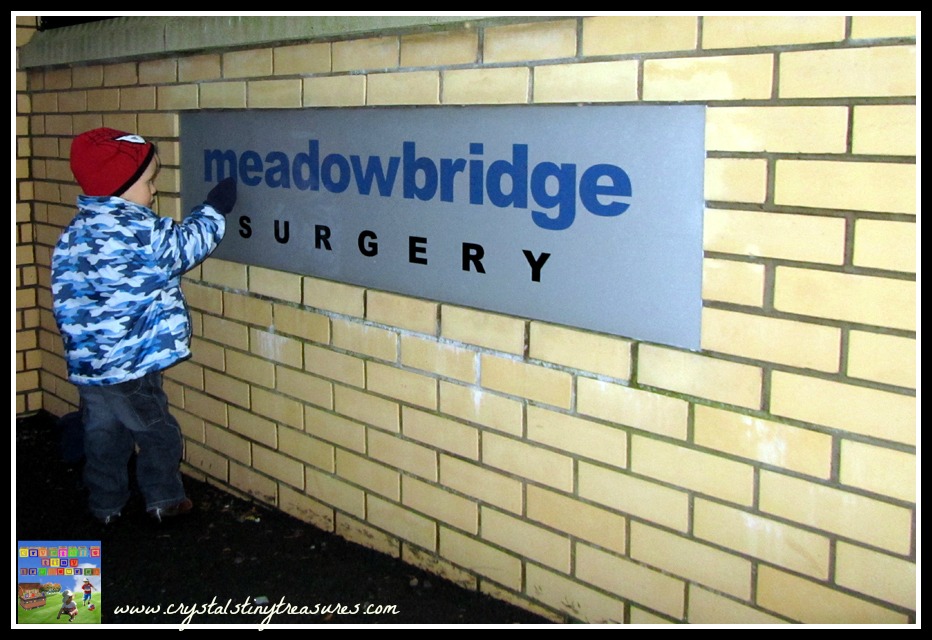 It became a game for him and soon he was hunting out the signs and asking about every one!  Tristan doing this reminds me of the first word I was able to “sound out” in Japan – it was a sign as well! 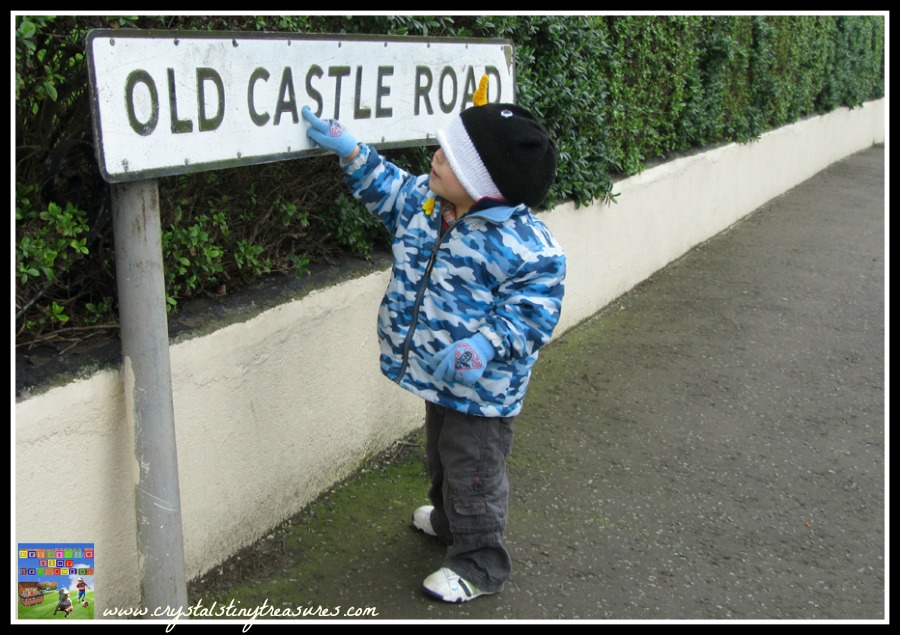 We haven’t done this for a while now, but now that he’s familiar with the letters our next step will be to start sounding out the words of the streets and learning which ones are where. 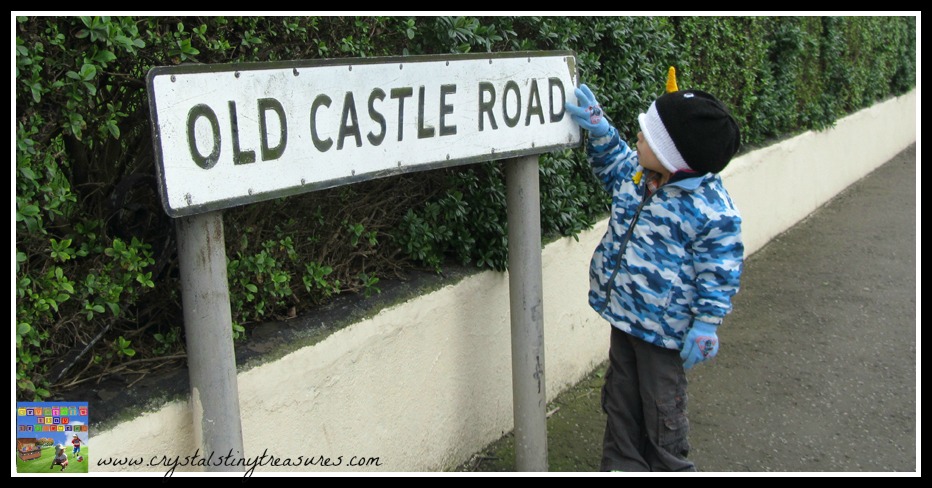 Following on from this will also be some map work.  This is also a great exercise for learning your address and giving it meaning.

Update:  Tristan is now learning to read, and this year it will be Kallista’s turn to do some letter tracing on our walks.

For more ideas on learning the alphabet, try a name puzzle or other fun ways to learn to spell your name, or see our Learning About Letters page.