On December 15, 2015, Tim Peake became the first British citizen to launch to the ISS (International Space Station), and only the second Brit to have been in space.  You may be familiar with our love of astronauts from Canada’s Chris Hadfield to Greg Johnson from the USA, so we were all pumped up for this event. 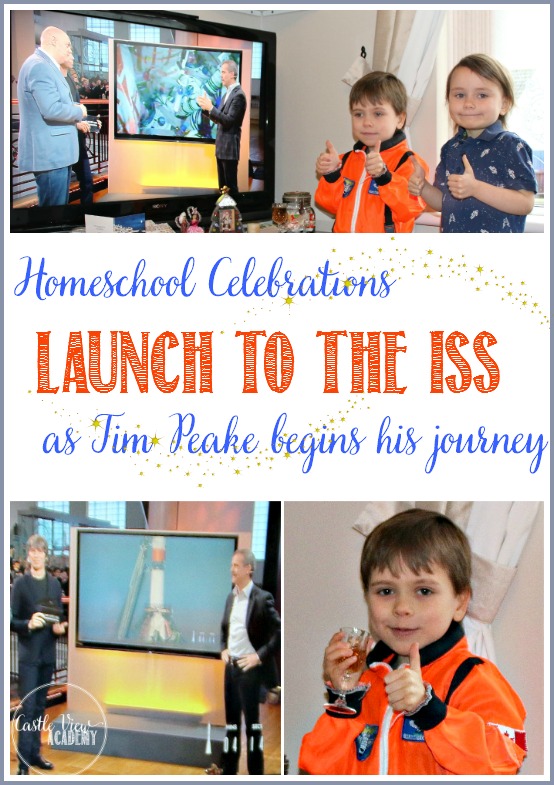 A friend on Facebook let me know that the W5 in Belfast was going to have a special space launch day with lots of activities, and 2 days before they announced there would be an American astronaut there, too.  We wanted to go, but alas, Monday saw first Tristan and then Kallista coming down with this awful cold.  Fortunately, illness doesn’t hit Kallista as hard as Tristan, but we decided against going as Tristan’s lungs wouldn’t have made all the walking.

So.  Instead we stayed home and prepared for the launch to the ISS in our own way.  We were all bummed about not going to the science centre, so I tried to make the day special in other ways.

We started off by watching updates on BBC News in the morning, like any other day.  Then we all dressed and hyped ourselves up to see the launch from Kazahkstan live.  Our TV connection can cut out at times, so I had the PC fired up as well so we could use it as a back up if needed.

Tristan and Kallista watched their favourite astronaut, Chris Hadfield go through his explanations about what was happening, and things behind the scenes.  What would be going through the minds of the three about to exit the Earth’s atmosphere.  Brian Cox gave scientific explanations as well.Tim Peake was on the trip with Tim Kopra from the USA, and Yuri Malenchenko from Russia. 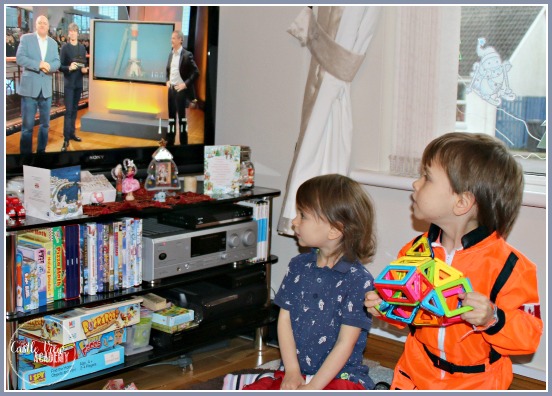 Tristan dressed up in his astronaut costume, and Kallista borrowed Tristan’s astronaut-themed shirt to wear for the occasion.  Tristan counted down the last minute, second by second until BLAST OFF!

Tristan was so excited that he got up early and designed his own Magformer’s (affiliate link) rocket.

Up, up, up went the Soyuz, and it was touching to see Tim Peake’s son wave from the spectator’s stands and say ‘Bye, Daddy’!

We watched until they were weightless and Tim officially earned his ‘wings’.  At this point we celebrated with a glass of homemade gingerale.

For the afternoon the children spent some time making origami airplanes and reading up on flight.

The ISS was due to pass right over us just 10 minutes before the planned coupling, and less than 50 meters apart from each other.  Unfortunately, as luck would have it, the skies over the UK were too cloudy to catch a glimpse.

We prepared our dinner meal to be eaten in the livingroom as a treat so that we could watch the hatches open and the crew of the Principia launch float into the ISS for the first time.  This was delayed for almost an hour as checks were done.  Usually the Soyuz would couple with the ISS in auto mode, but on this day, Yuri Malenchenko was in manual mode and while we were watching and listening to the process, the video link went out between them and Earth.  Ground control later admitted they were a little nervous as they weren’t sure yet what had gone wrong that had required a manual coupling. 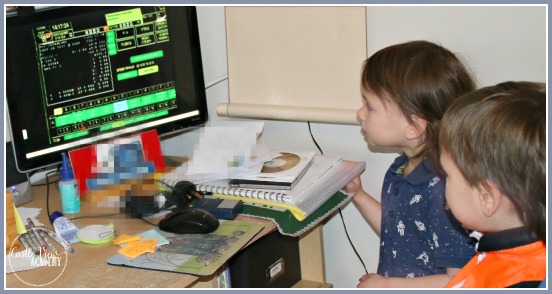 How awesome it must have been for the families of the crew to be talking from the ground up to the ISS!

We’ll be following the progress of the activities of Tim Peake and his crewmates over the next six months.  We’ve applied for some ‘Rocket Seeds’ (rocket lettuce seeds) that have been up to the ISS, and will be part of a citizen scientists schools program.  Fingers crossed that we’ll be able to share the results of that with you, too.

Signing off until next time…..

Have your children met someone who inspires them?  How did you nurture their interests and keep them going?  Do you have any suggestions for us?  Please let us know below in the comments.