We have really enjoyed the events we have taken part in over the past year that we have been members. One of the great things I love is that all but two of the events are daytime family-oriented events that we can all enjoy together, such as the Hanami party in April! 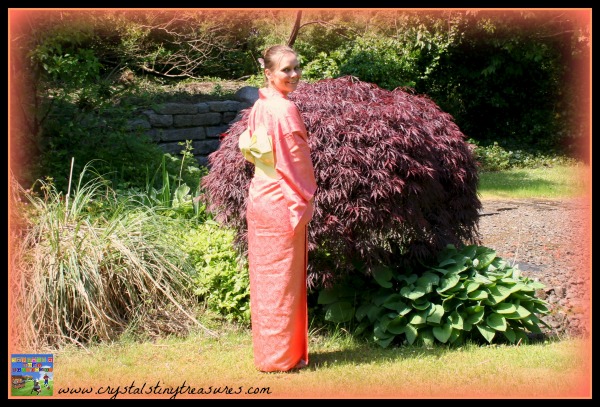 We had been down doing a little bird-spotting for baby peregrine falcons earlier in the day, and by the time we dropped things off at home and ran a couple of errands we were arriving right on time, but a little later than we should have for me to have help donning my kimono.  My sweet friend was there and helped me into my beautiful kimono I received from a friend and a student in Japan last year, and the obi and zori that she had given me for my 40th birthday last year. 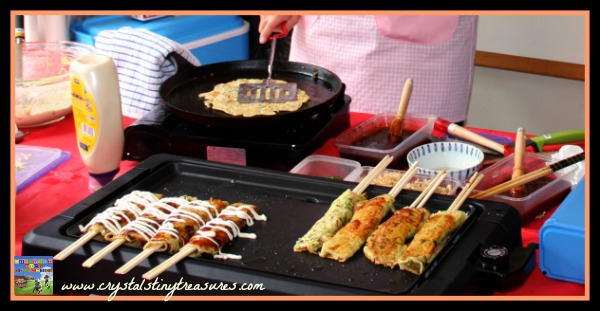 We arrived to the pleasing smells of Japanese festival food!  Festival food in Japan is much healthier than the deep-fried butter that has been making the fair circuit of North America, or the deep-fried Mars bars of Scotland!  Of course, you can find ‘naughty’ foods at Japanese festivals (Baby katsutara was my favourite while living there).  At this party the hard-working and talented women had prepared grilled corn on the cob, grilled squid, yaki-onigiri (grilled rice balls), okinamiyaki on (chop)sticks, and yakitori (grilled chicken on skewers with a delicious sauce). 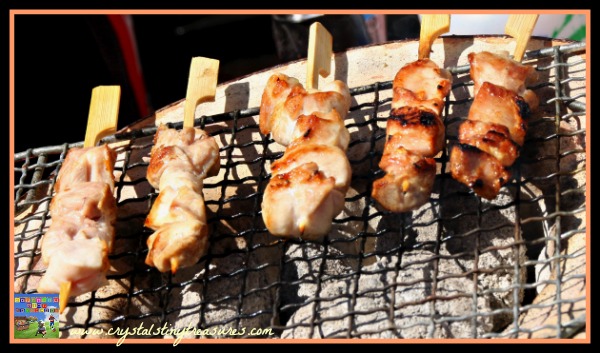 For desert there were lovely little fish-shaped pancake pockets filled with sweet bean paste.  There was also some mochi over which you could sprinkle soy powder and dark brown sugar syrup.  The smells really took me back in time!  Tristan and Kallista tried just about everything and asked for more!  The only thing they weren’t keen on was the sweet bean paste, which was a bit surprising as they are quite adventurous in their tastes.

READ MORE:   Where A Smile Meets A Giggle; A Fun Day Out At Smiggle 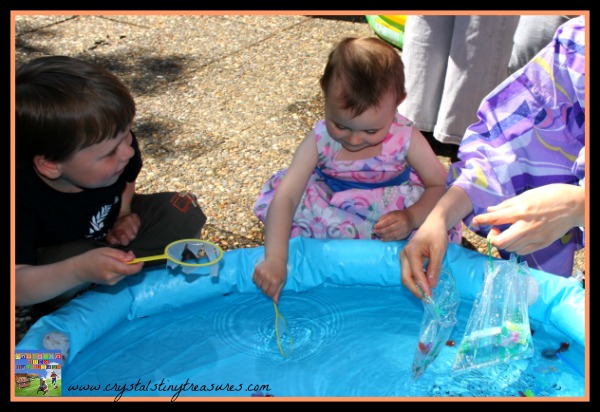 There were children’s games.  There were little plastic fish in a paddling pool filled with water.  The children were each given a little round ‘net’ to catch the fish.  This net was made of tissue paper so that before long it would rip and that was the end of your fishing expedition. 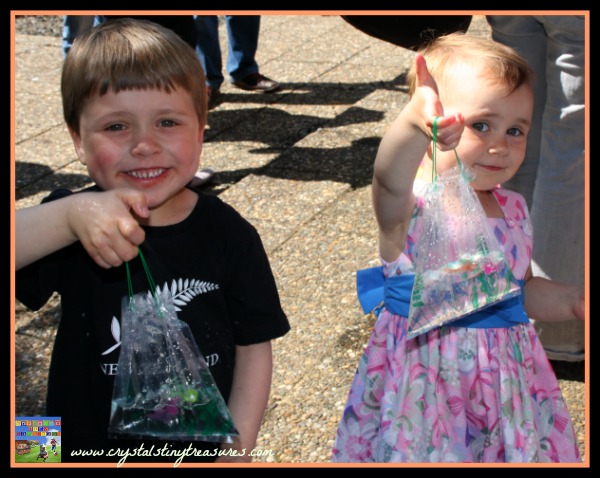 The fish they had caught were put in a little plastic bag that had some fish and seaweed printed on the front.  They carefully guarded their prizes for the remainder of the afternoon.  These new little pets now have a new residence in a glass jar.  They are the perfect pet with no feeding or walking required! 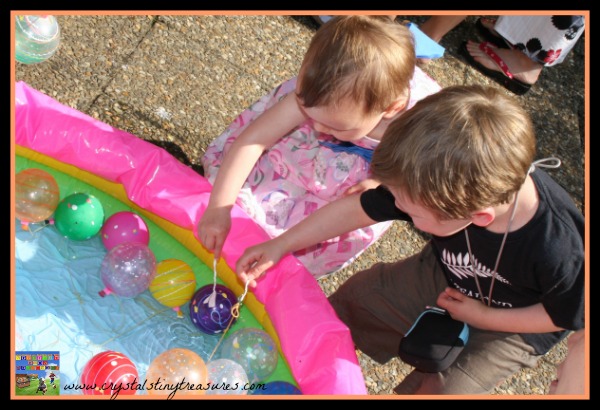 The second game that the children participated in was trying to catch a Japanese yo-yo from another paddling pool.  These little balls had a little water in them which made them unpredictable when attempting to bounce them off your palm!  This game was a lot of fun for both the children and  adults. 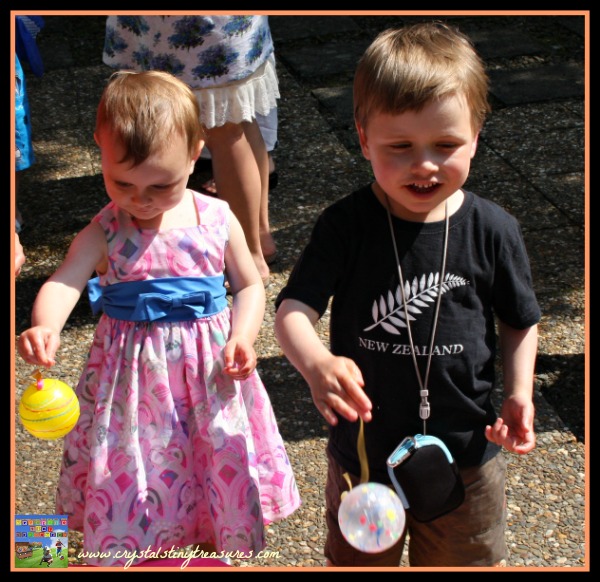 After the food had been consumed, and the children entertained, it was time for some fun for the adults.  One of the Japanese Society members taught us a dance/odori from her hometown.  In Japan every town or region has its own odori that is performed during particular festivals.  This one is danced during the O-bon festival that takes place in August of each year.   It is at this time of year (decided by the lunar calendar) that it is believed that your ancestors will return to their homes.  People return to  their family homes to celebrate with the spirits.  It is one of the three main holidays in Japan where people are busy travelling and many businesses will close in order to allow their employees to return home. 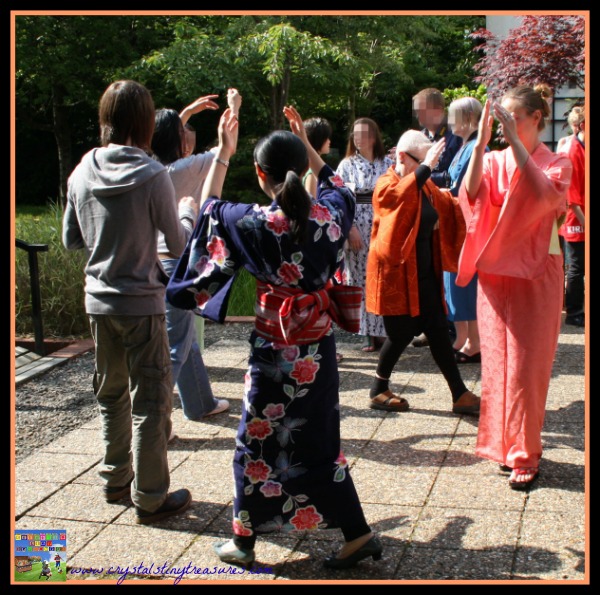 This odori consisted of ten steps, put to a rhythm, while walking in a circle, but this could be improvised to be done with whatever space you have, just as you would dance in a ballroom.  I am anything but coordinated and graceful, but after much practicing and with determination and perseverance, even I was beginning to get into the swing of things!  I could still use some practicing, but I was much better this time than when I tried an odori at the Yatsuo Hikiyama Festival during my teaching time in Toyama, Japan.

Phil and the children had a good time frolicking in the garden as well: 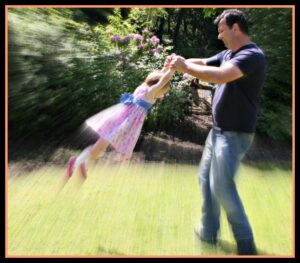 The weather couldn’t have been better, it was another sunny and warm day, a rarity for Northern Ireland.  We enjoyed it with new friends while it was here.

For more fun, check out our pages about summer fun, and multicultural activities for kids.

Do you have any summer traditions?  I’d love to hear about them!