March the 3rd is Hina Matsuri in Japan.  It’s a festival for girls when wishes are made for their health and happiness.  A parallel festival for boys is on May 5th.  For a girl’s first Hina Matsuri parents and grandparents may buy elaborate and expensive Hina-ningyo dolls that are brought out and displayed in the family home each year on a special stand. 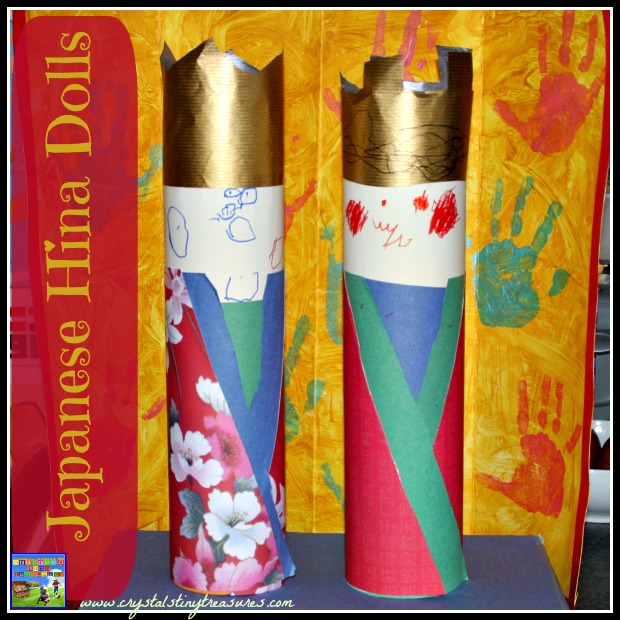 The Hina dolls are dressed in ancient court costumes from the Heian period (794-1185).  The dolls are arranged in a particular order on either a 5 or 7-tiered stand made for the dolls and covered in a heavy red fabric.  The Emperor and Empress always sit at the top.  Because of the expense of these dolls that can run up to 1,000,000Yen, and because of the space that they take up (most Japanese homes are very small compared to Western standards), many girls may only have the Emperor and Empress.

I was really taken with these dolls when I was living in Japan and admired the displays of the various dolls and accessories in the department stores. 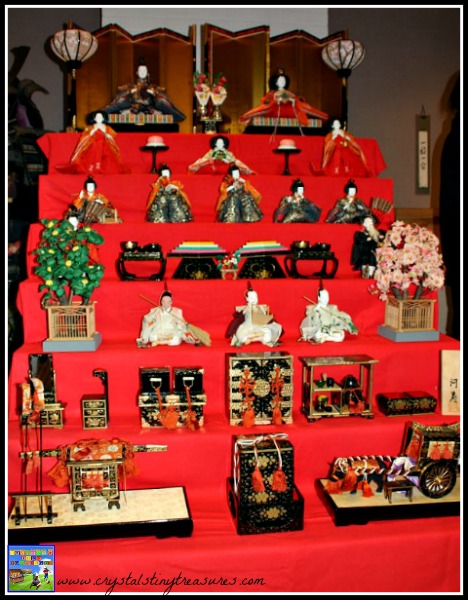 Last year our family attended the Hina Matsuri at the Japan Society.  My friend had generously set her family’s Hina-ningyo dolls, which is probably the only such display in the country.  It was wonderful for my family to be able to see a display in person, as photos and descriptions really don’t do them justice.

Last year I was scrolling through Facebook and saw a photo posted by Hirono-san.  She was my friend and work colleague for the first year I lived in Japan.  Although we no longer work together, we still keep in touch through Facebook.  This photo is of her children’s Hina dolls that they made at school.  I thought they were so beautiful I mentioned that we would like to try to make them and she agreed that it would be a great idea and that we could use her photo as well.  Arigatou Hirono-san \(*-*)/ 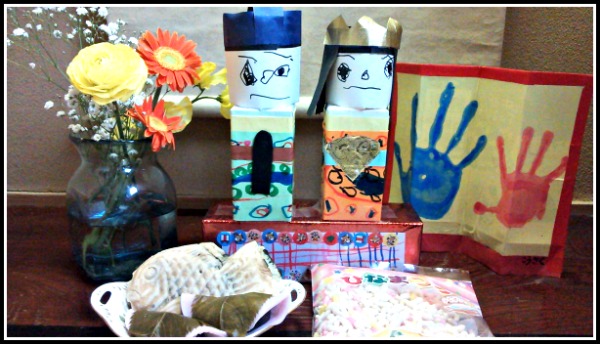 Our Hina dolls are made almost entirely from recycled items, which is fabulous.  The children cut and glued a couple of layers of paper together and wrapped them around their large cardboard tubes for the Kimono. 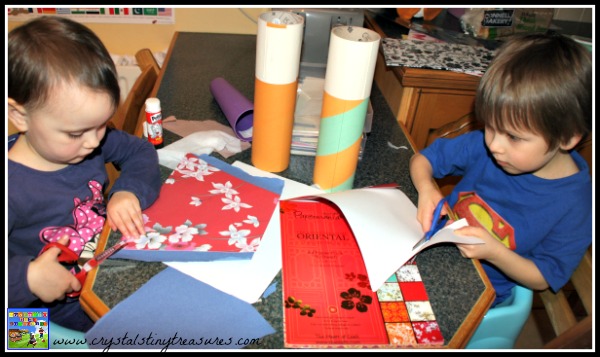 Then they cut some old wrapping paper into rectangles and cut some bits out of the top to make them into crowns.  Then they drew on some faces.  They look a little strange, but the children were trying out new expressions and rosy cheeks. 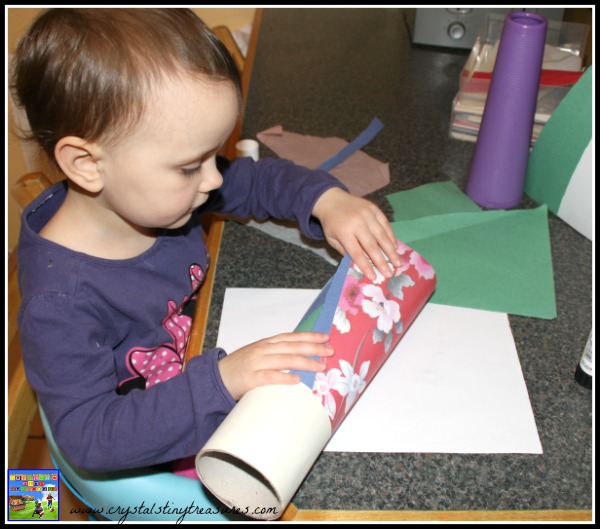 For the stand they covered a tissue box with a piece of construction paper and some stickers.

The golden screen was made with cardboard and some yellow paint mixed with a little gold, left to dry and then they had a lot of fun painting their hands and putting on their hand prints.  Kallista helped me run a line of red electrical tape along the edges for the final touch. 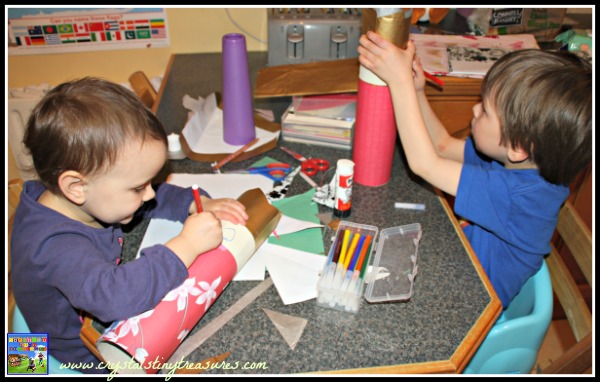 I think their Hina dolls turned out pretty well.  and I was so excited that my children were doing a craft project that is actually done in Japanese schools.  How cool is that?!  These will look amazing on our livingroom shelf. 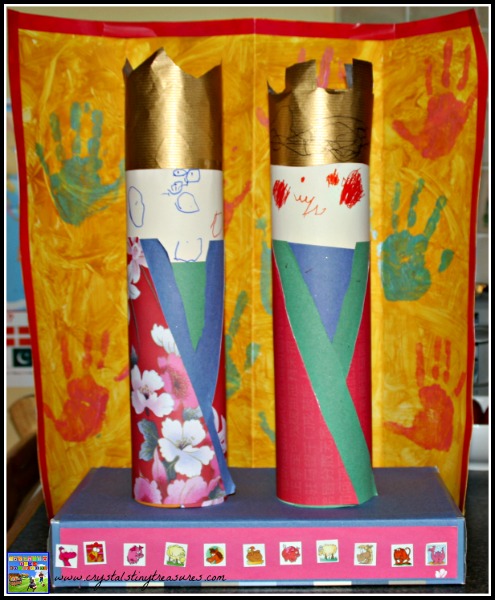 In fact, I was so excited, and my head has been in overdrive this week with ideas that I just had to make my own Hina doll!  After all, it’s hardly fair the children get to have all the fun, is it? 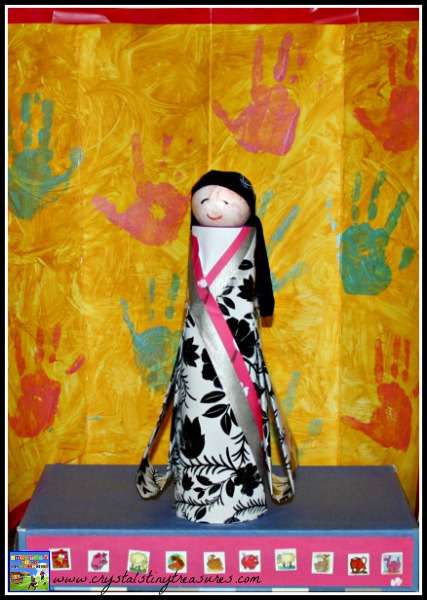 What do you think about having a celebration for girls?  Are there any special cultural celebrations where you live or that you take part in?

Or see our Multicultural Activities for Kids page or our Spring ideas page where you’ll find all of our multicultural ideas in one place.