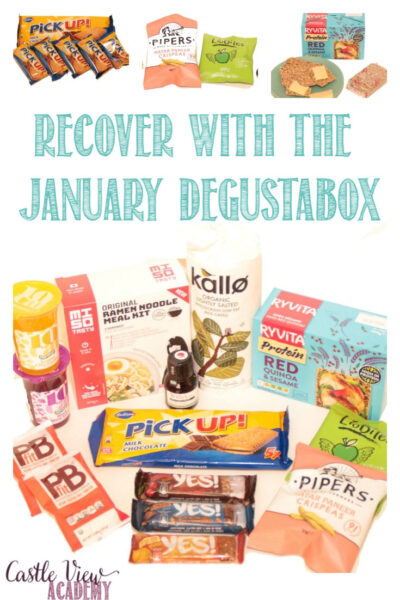 What a year it’s been so far!  Just a few short weeks in and so much has happened.  I don’t think I’ve ever been so productive in a January before…I’m really hoping to keep up the momentum over the rest of the year, as this will be a busy one, particularly for the first half.  The January Degustabox has the theme of Recovery, and it’s filled with mainly snacks and treats to keep you going to the end of the day. 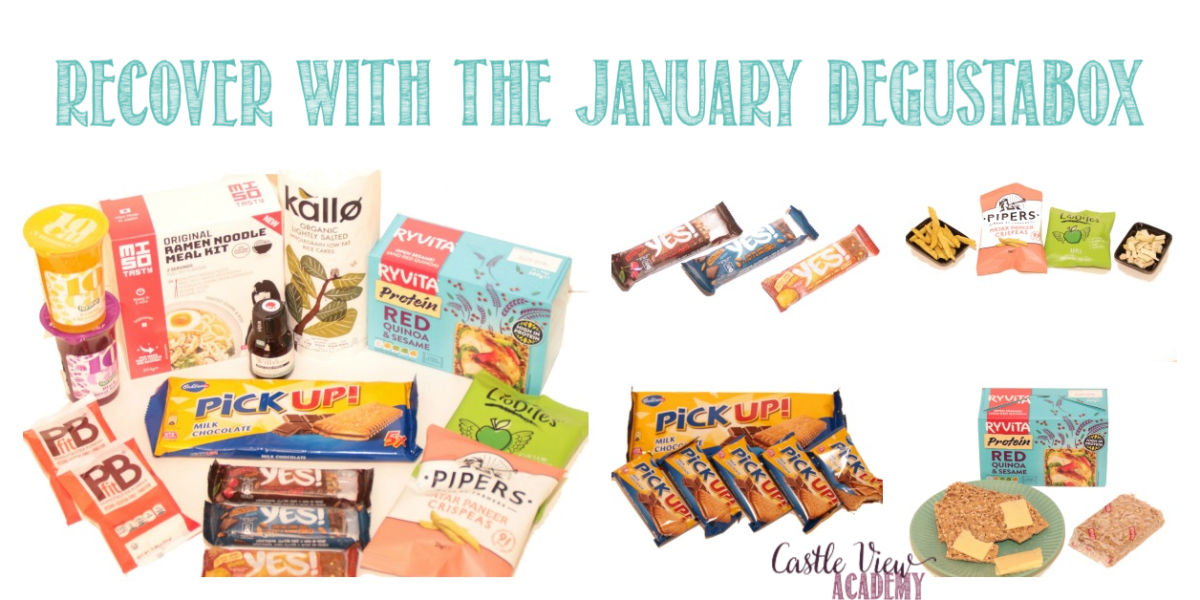 Let’s start with the contents of the January Degustabox before moving on to our top picks.  Each monthly box contains between 10-15 products; some aren’t yet available in the shops which gives you the first chance to try them out!  The short version of this month’s box is that there are 14 items; 12 snacks, and 2 meal items.  The long version is…. 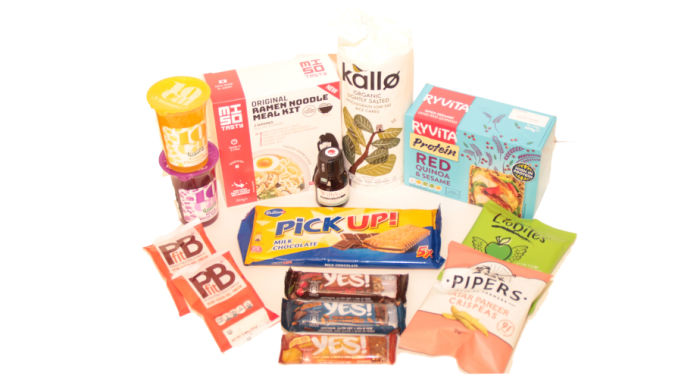 Pick Up! Milk Chocolate were in a previous Degustabox, and I will say that I like them more now than I did then.  They are like having a chocolate bar sandwiched between two rich tea biscuits.  I’m tempted to pop the top off and add a hot melted marshmallow and have a s’more! 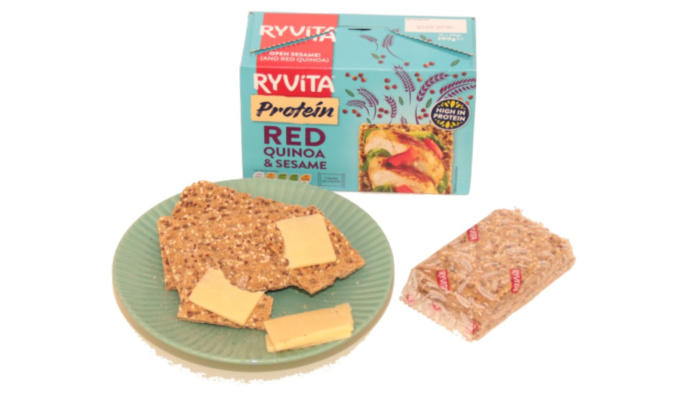 Ryvita Protein Red Quinoa & Sesame flat bread is really yum!  Our whole family enjoys an afternoon snack of Ryvita and cheese, or one with a bowl of lunchtime soup.  There are many flavours available, but I’ve just found my new favourite!  These Ryvitas have plenty of flavour so that they don’t have ‘dry’ feeling in your mouth.

READ MORE:   Degusta and Chill With The February Box 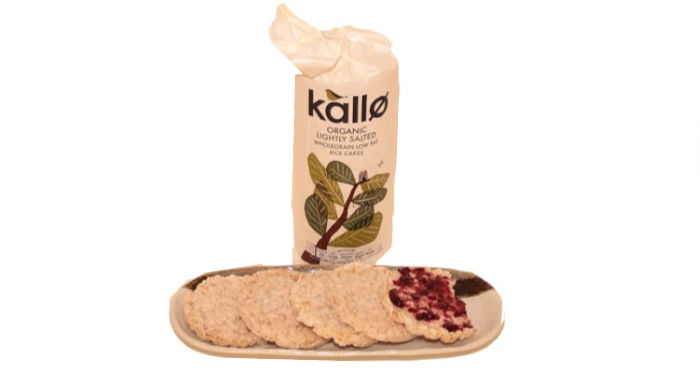 Kallo Lightly Salted Organic Rice Cakes are great.  Plain and lightly salted are what I like – I’d rather enjoy the cakes on their own or have the choice to dress it up in my own fashion.  Usually I go for plain, but on this day I was feeling daring and spread some homemade blackberry jam on top – delicious! 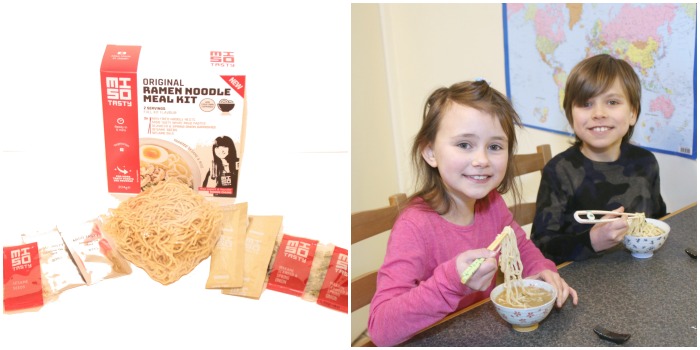 My children have had ramen at Japanese Society parties, and thus they enjoyed Miso Tasty Original Ramen Noodle Kit.  I didn’t plan ahead and the kids were eager for lunch, so I didn’t add hard boiled eggs, veggies, or pork on top, but they liked it anyway.  Kallista wasn’t a fan of the Miso Tasty ramen previously, but she tried it again and asked for more!  There are instructions on how to switch things up and make 3 additional versions of the broth by adding a couple of ingredients you’re likely to have in you cupboard.  This is fun, as each region of Japan has their own special version of ramen (my favourite was a hot bowl of Sapporo ramen after a day out at the Snow Festival).

LioBites Freeze Dried Strawberry Crisps or Apple Crisps were also enjoyed by my children this month.  As reviewers, we received both flavours.  The strawberry crisps are like little pieces of cubed smoothie, while the apple crisps are like little mini apple French fries.  My mom dehydrates apples, which the kids love, and these were similar.  One thing I liked was that the skin was on the apples for extra colour, flavour, and goodness.

The kids like Crispeas, and were delighted to see them in this month’s box.  Pipers Crispeas Matar Paneer had a twist to the original with a matar paneer flavour.  It was deep but not overpowering, and as the crispeas themselves are light and almost melt in your mouth, it was a lovely combination.

YES! Fruit and Nut Bars are also making a repeat appearance in January.  We received 3 flavours in our box, and they were all something I would have again.  The Lively Lemon, Quinoa & Chilli Fruit Bar was interesting, but quite nice.  The lemony zing balanced out the chilli nicely.  The Dark Chocolate, Sea Salt, & Almond Nut Bar was indeed salty, nutty, and chocolately.  I enjoyed it.  However, my personal pick of the three was the Coffee & Cherry Nut Bar with it’s hit of coffee, dark chocolate, and sweet cherries.

Hartley’s 10 Cal Jelly Pots in both Lemon Cheesecake and Black Forest Gateau were in our box.  I really wasn’t a fan of these at all as I found the aspartame and other sweeteners too overpowering in taste.

We haven’t yet tried out the PBfit Peanut Butter Powder as we aren’t a big peanut butter family, but I’m sure Phil will find it good in the berry smoothie recipe that was included in the January Degustabox…we’re just waiting for our next grocery delivery that will contain a big bag of frozen fruit to arrive.

There you have it!  The full run-down of the January 2019 Degustabox – the ups and downs and in-betweens.  Have you tried a Degustabox yet?  Give it a whirl and see what delights are in the next box!