Home » Culture » Asian Cultures » I Is For Iya Valley: A-Z of Japan 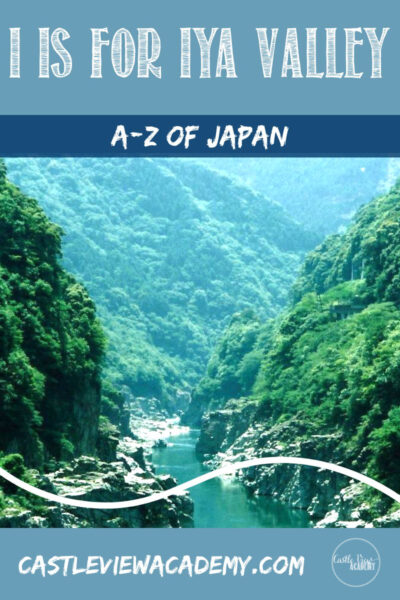 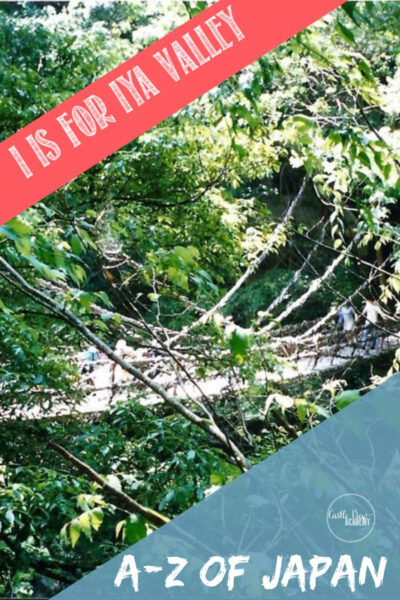 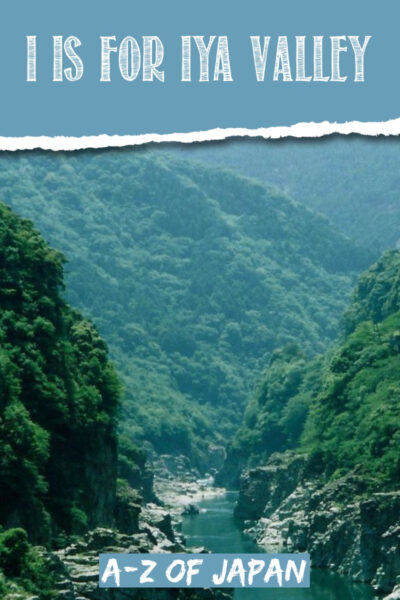 After I had been teaching in Japan for five months it was time for a little retraining in Okayama. Following this time I had a couple of days off so I took full advantage of being nearby, so I headed off to the island of Shikoku. In particular, the Iya Valley, which I had seen in my trusty Lonely Planet.

I had my base in Takamatsu for my first night I wondered about the city, watched the sailboats as the sunset near the iconic red lighthouse. I love Takamatsu as it’s so peaceful. When I was temporarily working in Kurashiki the following year I hopped over to Takamatsu for a day to do a little more exploring.

The following day I took a train into the interior of Shikoku Island, had a look around the village and then found my small tour bus for a day trip to the Iya Valley.

My main reason for travelling was to see the famous vine bridge. It is a bridge reconstructed every three years in the traditional manner. It’s a great engineering feat, as well as being beautiful. The local residents at the time must have had nerves of steel for as you can see, the planks below your feet have quite wide spaces between them and it would be very easy to trip or twist a foot if you don’t place your feet square on them.

This was a terrifying experience for me as I have a fear of heights. I went slowly and precariously, one foot at a time trying not to look down but needing to see where the planks were for stability. I held onto the vine railing with all my might.

I knew I must’ve looked like a fool because the senior citizens and people more than twice my age were passing me with little effort and with ease and finesse. When I finally made it across, knees shaking, I was applauded (!). Not just by the people on my small tour, but by many others as well, but what an achievement is was for me.

Unfortunately, it is a one-way bridge and I had to take a ‘regular’ bridge back to the other side of the valley.   I usually find that I do much better on my return crossing of suspension bridges. I snapped this photo so you can see just how high the vine bridge really was.

I am sure if I had been given the chance to cross one more time I would have done so much easier, as I have found crossing suspension bridges in Canada and Northern Ireland.

Here’s a video for you to see the vine suspension bridge from another perspective:

Lunch and a River Tour

After making it across the gorge with shaking knees and a feeling of accomplishment, for after all, I have a huge fear of heights, but I conquered the bridge, it was time for lunch.

We had our lunch in a restaurant adjacent to a gems museum by the river and this is what I was presented with. I do have a seafood allergy so I did not have the fish, but the rest was very delicious. It was full of colour and presented the best of the season.

We took a little boat trip down part of the river in the gorge. It had spectacular scenery and so relaxing, and we had the chance to see the “Lion Rock” – you can see why it was given this name.

Part of the road along the way back was only wide enough for one vehicle, yet it was a two-way road. What happens when you meet up with another vehicle in front of you as you go round the corner? This is where the driver honks his horn as he approaches the corner to warn anyone approaching from the other side. And indeed, we did meet another vehicle on this stretch of road. Since we were in the larger and less-easy vehicle to move, we had the right of way and the other vehicle was thus forced to manoeuver their way around the twists and turns, inclines and declines backwards until there was a space to pass.

Keep your eyes peeled in this area for at the corner of the road with nothing else around there is a statue of a boy peeing over the edge of a cliff. Why, no one seems to know, but there he is.

Best Day Out At Iya Valley

As you can in the official photo below, I was the only gaijin on the tour, and the only person of working age. It’s always been fun to take day trips with local people and see what they see.

This again was one of my favourite days in Japan. Yes, I had many favourite days. This day was out in nature in a new-to-me area of the country that not of lot people get to.

Here’s a video clip from Hidden Japan that shows a little more about the Iya Valley and is a good watch.

More posts from my A-Z of Japan series: