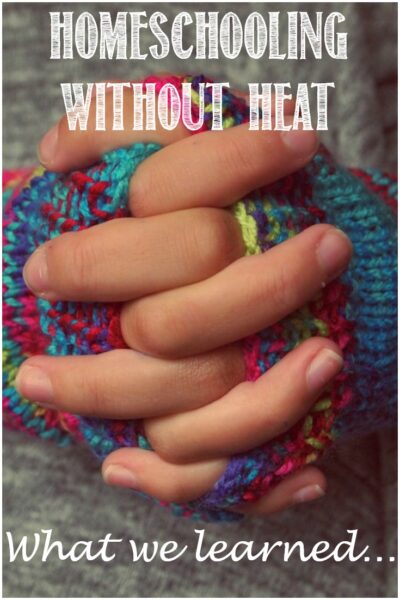 What do you do when you’ve run out of heating oil during the coldest day of the year?  It’s still possible to do some homeschooling, and to have fun with it, too!  Find out how we managed to homeschool without heat, as well as some additional ideas I’m keeping in mind should it happen again (let’s hope not)!

This post may contain affiliate links through which I may receive a small commission at no extra cost to you.

Out of Heating Oil

Heating homes are a little different here in the UK, and the way ours is set up is that we order heating oil (kerosene) to go in a big tank in our back yard, and then it’s piped into a little boiler house and fired up.  This heats the water that runs through our radiators, as well as our hot water for the sinks and shower.  So although we did not have heat, we still had electricity!

We ran out of oil in the early evening and thus knew that things would get cooler the following day.  It just happened that this was going to be the coldest day of the year to that point.  It was tempting to head out to the library and be nice and warm.  However, we also didn’t want to face the cold, wet, and wind of the day to walk there and then back home again, only to be greeted with a cold house.  So we decided to simply stay home until our oil delivery arrived.

The morning arrived and so far things weren’t too bad.  We don’t have the heat on during the night anyway, but it does come on for a short period before Phil gets up to get ready for work.  We continued on as usual for the morning, just adding an extra layer of clothing for warmth and having some hot homemade soup for lunch. 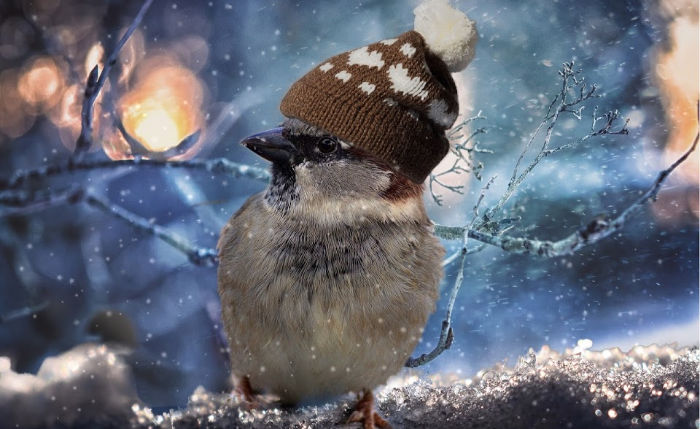 However…after the oil was delivered…we still didn’t have any heat – there was an air lock in the system and I didn’t know how to remedy the situation.  It was going to have to wait until Phil came home from work.

How to Homeschool Without Heat

After lunch, it was a little cooler, and we knew that once 2:50pm came around things would get much colder as the temperature always drops at this time when the sun dips over the hills.  So we tidied up after a late lunch and settled in for the afternoon…we curled up in bed with hot water bottles and an electric blanket and watched Tidying Up with Marie Kondo…as you do.  This worked well as we were doing lots of organising during the month and this helped get the kids on board…and our drawers are now KonMarie’d. 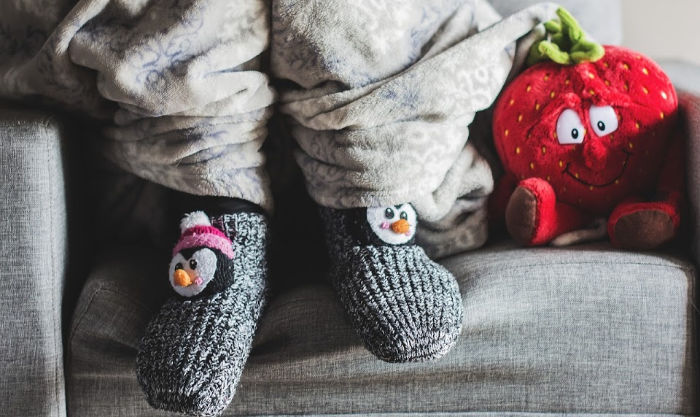 We took some time to chat about how we were grateful that we had enough money for heating oil when we needed it as there are people who have to make the difficult decision each month on whether they will spend their money on heat or food – ‘heat or eat’ as it’s commonly known here.  It can be hard for children to grasp this concept, but actually being cold, even if for 24 hours, does help it sink in. 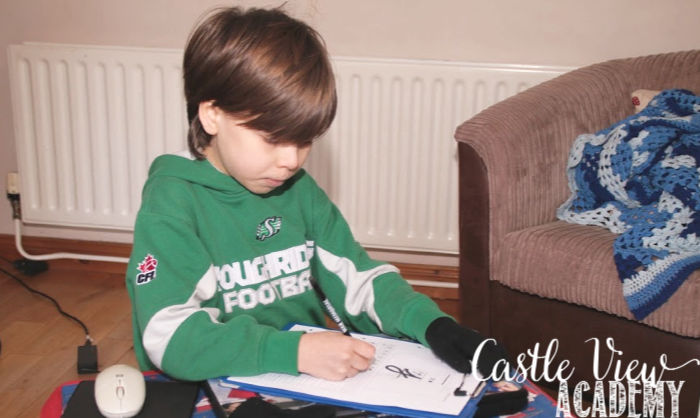 The children also tried wearing gloves, but found they had a difficult time trying to practice their typing and handwriting in this manner.  This brought up the topic of individuals with physical disabilities and how trying life can be when it’s hard to grasp and/or feel with your fingers and hands.

Also up for discussion, of course, was talk of ‘Olden Times’ and how people would have managed during Victorian times when a whole house was heated only through the use of fireplaces. I used this example as there are many Victorian homes in our town, and the place I spent my first couple of months in Belfast was heated with just 2 coal fireplaces for 3 floors of rooms.

Then the kids brought up Arctic and Antarctic explorers and how they really had to face the cold.

By the time Phil came home from work, it was somewhere between 12-14C and we were ready for some heat.  The usual way of fixing an air lock wasn’t going to work as our system is different than many, as Phil swiftly discovered.  In the end, it was found that a simple press of a button we didn’t know about was all it took.

More Ideas For Next Time

Now that we’ve had this experience, we’ll be more prepared in the future, should it happen again (but once in 13 years is enough for me).  What ideas do we have?

I certainly hope that we don’t have to do this again…and we also hope that you don’t have to shiver through your lessons!  Of course, it does happen from time to time (our furnace gave out one winter in Canada, and that was very cold until it could be replaced, even if it was only a day or two).  Do you have plans to homeschool without heat, or for unexpected events?  Share them with us in the comments below!