Brought to you by Carole P. Roman and Awaywegomedia.com, I’m excited to share today’s book reviews with you!  You know that books and culture are two of our very favourite things!  With over 150 posts in each of these categories on the blog, we were anxiously checking our post box each day until FOUR history books arrived. The children had chosen to review If You Were Me and Lived in…Ancient China: The Han Dynasty (This post contains affiliate links) and If You Were Me and Lived in… Elizabethan England (An Introduction to Civilizations Throughout Time) (Volume 3) as well as two others…. 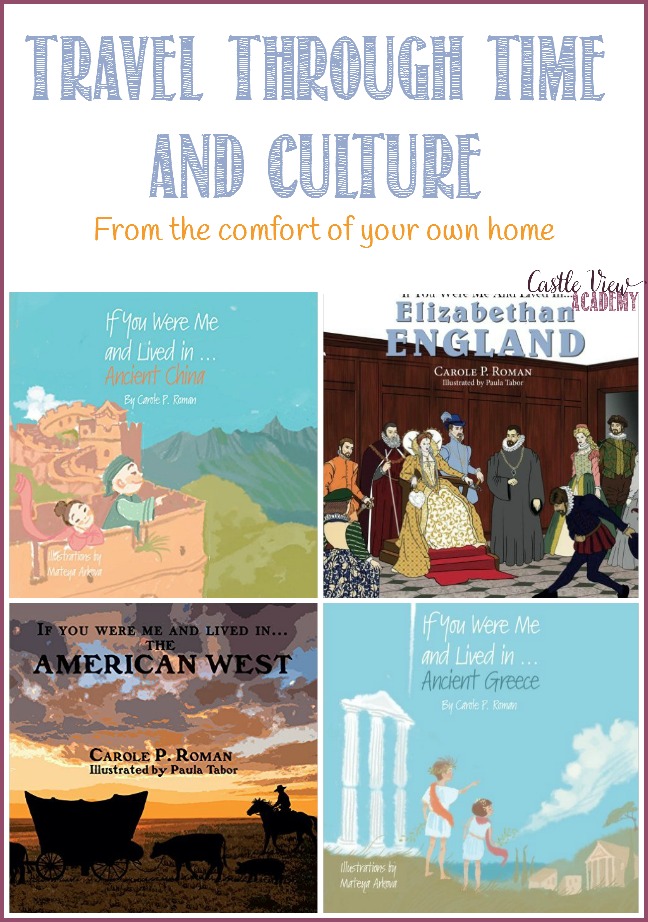 Carole P. Roman has long been on our radar and we’ve heard many positive things about her books from our multicultural blogging friends.  Now we were about to find out for ourselves what this author of over 40 children’s books had to offer in her series, If You Were Me And Lived In…Cultures Throughout History.  My son says, “She’s done a lot of research!”

The books in this series:

Each of these books start off by showing the same scene during two different time periods; the past and the present.  Children can look for the similarities and differences in them.  You learn what popular names would have been during that time, what the dress style was, and the type of education you would have had (if any).  There are also some famous characters introduced from each historic period at the end of the books along with a handy glossary. 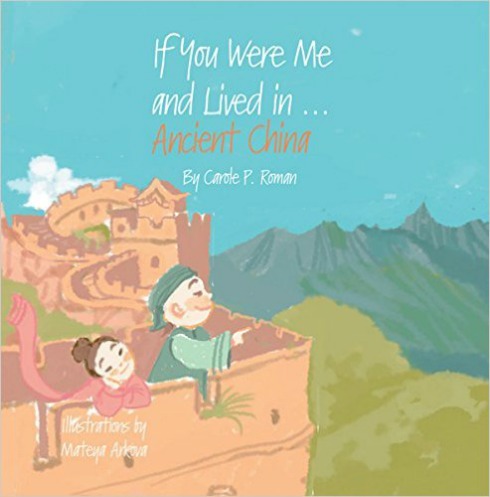 The first book the children chose was  If You Were Me and Lived in…Ancient China: The Han Dynasty because we’ve read a few books about China recently and I’ve been telling them about my trip to Beijing and The Great Wall back before I moved to Northern Ireland.

In Ancient China, you go back in time to the Han dynasty (206 B.C. – 220 A.D.) and take the place of a boy in the upper classes of society.  Your family is a silk worm farmer along the Silk Road (you wanted to be a noodle maker-but your father said you must go into the family business).

In school you would learn about Lao-Tzu, Confucius, Buddhism, and calligraphy.  Outside of school you made kites, played with bamboo flutes, played games, and attended cultural events such as the Lantern Festival.

For an activity to go along with this book, my children made special pictures from the story….unfortunately I cannot share them with you as they are being used in a special project that can’t be revealed at the current time. 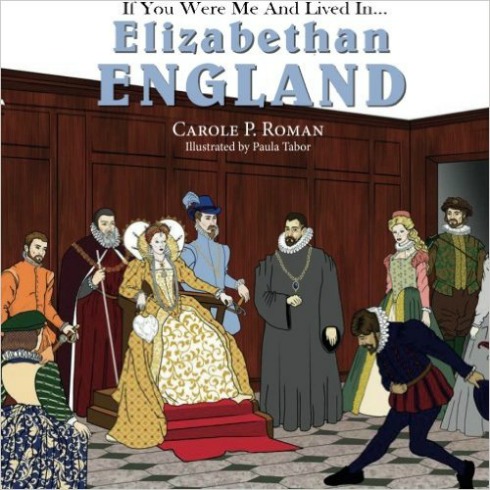 The second book we chose was If You Were Me and Lived in… Elizabethan England (An Introduction to Civilizations Throughout Time) (Volume 3) as the children loved learning about the Middle Ages and wanted to know more about historic life in the UK.

You find yourself living in London, the child of a baker and living above the shop.  You ate well, but not as well as the rich.  you enjoyed pasties, stews, sausage and cheese (not far off the current diet of many here in Northern Ireland today).

Your brothers wore skirts like you until they were old enough for breeches.  And one of them ran away from a life in the family business to be an actor – he said things were getting exciting with William Shakespeare raising money to build the Globe Theatre! 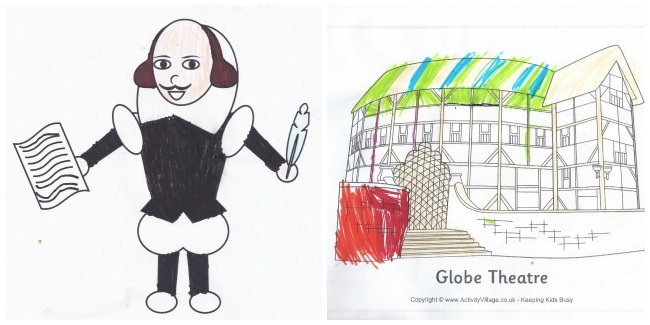 Unfortunately, we didn’t get to Shakespeare in the Park this year, but the library did have some colouring pages for the kids to fill in, which was nice timing to go along with this book.

READ MORE:   Learn How To Be Polite With Gimme-Jimmy

For a fun treat to go along with this book, I treated Tristan and Kallista to a Cornish Pasty baked fresh in our village bakery, which, like in the book has accommodations above it.  It’s safe to say they enjoyed it and although I said they could use their fingers, they wanted to use cutlery (of course they use their fingers when you don’t want them too, but given the chance to do it – they do the opposite)!  I also brought out our cast iron pot to add to the mood. 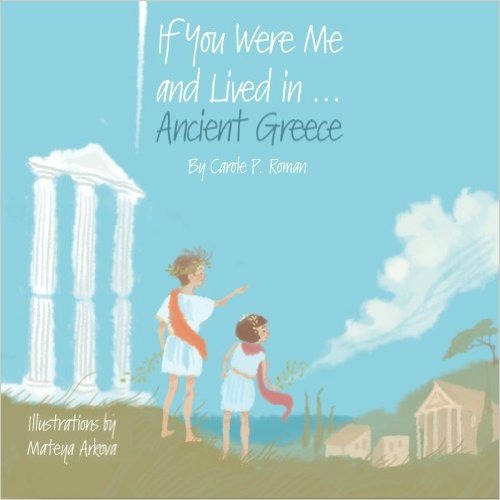 The titles of the additional two books we received were a surprise to us until they arrived.  The first was If You Were Me and Lived in…Ancient Greece (An Introduction to Civilizations Throughout Time) (Volume 1).  This is another book Tristan had his eye on; of course with the Summer Olympics and completing a lapbook on the Games, his interest in Ancient Greece was piqued.

In Ancient Greece, you were born about  350B.C.  This book is a nice way to introduce some of the Greek gods to children as they’re peppered throughout and leave room for further exploration. The introduction of philosophers is a good way for children to hear about three names they’re sure to become familiar with; Plato, Hippocrates and Aristotle.

This period of time was interesting as imported goods were being brought back for trade by explorers, in addition to local goods and luxury items. It was a ‘happening’ place (and in some ways reminds me of the first 3 years I lived in Belfast and saw on a monthly basis how life and tourism was changing at a speedy pace). 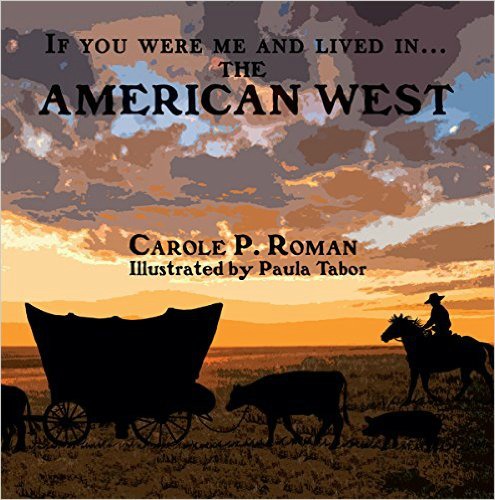 The fourth book we received was If You Were Me and Lived in…the American West (Volume 7). Not being from the USA, it isn’t one I’d had in mind, but the information within it is also true of Western Canada as well, and it’s always nice to read about other places, regardless.

Picture yourself back in time to The Great Migration of 1843, selling everything you owned, packing up into a wagon and walking west for 2,000 miles in the dust and mud!  Our ancestors had a much more physical life than most of us do today.  Facing accidents, disease, loneliness, and nature’s challenges…all for the unguaranteed hope of a better life for you and your family.

READ MORE:   All About Korea: Stories, Songs, Crafts And Games For Kids 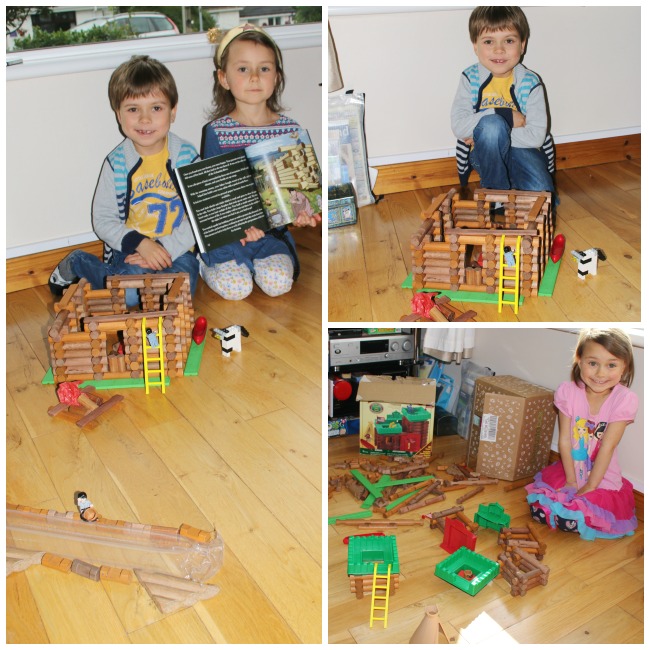 Of course, after reading this story, my children were itching to bring out the Lincoln Logs in their closet and build their own log cabins.  Tristan tried to recreate the one described in the book – one room, a fire, and he even had the Columbia River nearby, as well!  The next day Kallista built a farm with out buildings, as well.  As you can see, my children were proud of their achievements and ready for some cowboy stew for dinner.

Carole has worksheets available for some of the books in this series.  For older children you could print them and have them answer the questions in a notebook, but we just worked on them as we read the stories.  Many of them are natural questions that come up, while others dig a little deeper.  Having resources available for those who want to add a little extra focus to their reading is very handy.

So now that we have introduced you to these books; what did we think of them?  We were all very impressed at the research that Carole’s put into them, they each hold a lot of information inside, as well as whet the appetite for youngsters to learn more.  These books are great stories on their own, but can also be used as part of a wider unit study.  We’ll be coming back again and again to them as we ‘travel’ around the world and through time. My children are already chatting about other books in the series they’d like to read – and having children so interested about history is just…wonderful. 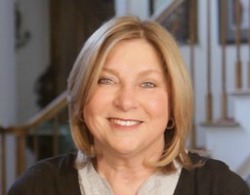