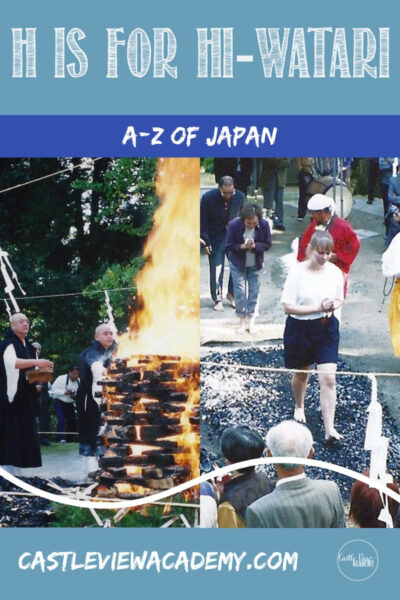 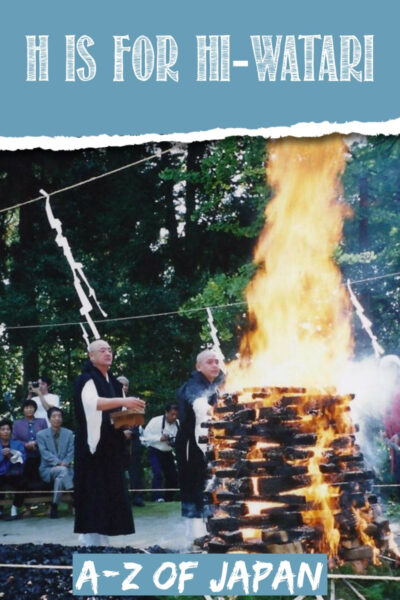 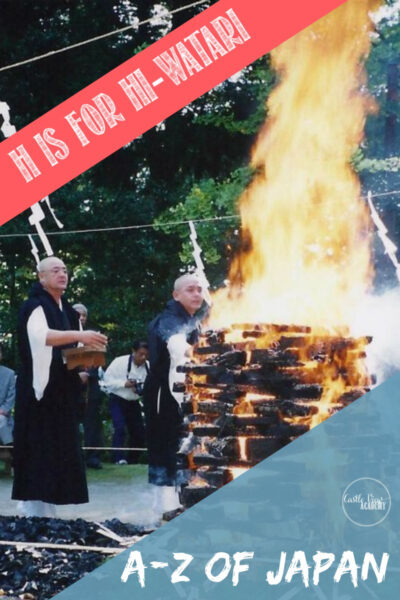 I have many “most memorable” moments from my time in Japan and hi-watari was one of them.  I found out that there would be a fire walking event on one of my weekdays off work, so of course I just had to go watch…and never did I imagine I would take part!

Hi-watari isn’t something that everyone does, but since I had the opportunity to travel to the town it was something that I really wanted to see. Fire walking has been done for hundreds of years to burn out wickedness and purify oneself in order to regain peace.

I took the train from my hometown of Toyama and when I got off I asked directions.  It was a very rural town where I was and without any English,  but I could ask for directions in Japanese… although I didn’t always understand the answers in full, but I was able to understand where I should go by paying attention to hand gestures and landmarks.

I ended up at a curry restaurant along the way and I wanted to check that I was on the right path.  Now, many people often say that Japanese people are some of the friendliest and most helpful in the world and I can attest to that many times over.  On this occasion, I stopped in to ask directions as I had been walking for some time already without any sight of the destination.

The owner of the restaurant wanted to make sure I got there so he personally drove me from his restaurant to the temple where the event was going to take place.  Not only did he do that, but he went even further and found an English speaker for me to join up with!  How amazing was he?!  That was one of the many times I loved Japan and the way I was treated like royalty while I was there.

It was intimidating to see the pyre standing ready to be lit, but it didn’t seem too bad…

And there it goes – the heat from the flames was intense.

Raking and fanning the embers took place while the crowd looked on in silence.

I had only planned to watch, but when given the opportunity to actually participate I could not refuse!

And I did it not just once, but three times!

Now this looks quite intimidating. The first time I walked across was quite warm.  What do you do is first you step on a plank of wood that’s damp and then you walk across the coals nice and calm.

It isn’t a bother… unless of course two steps before the end a piece of charcoal gets stuck between your pinky toe and the one next to it. I didn’t want to make a scene, of course, so I continued on calmly and was thankful for the dipper of water that was poured over my feet at the end.

Before my third walk they raked the coals over fresh again just ahead of my turn and this that was the hottest trek of the day.  Keeping focused was essential.

When I arrived back home that night I was so exhausted and at peace that I fell onto my futon and slept soundly many hours earlier than usual.  In fact, I even missed the nightly news, which rarely happened.

Unknown to me until the next day, my feet were now famous!   That night my gaijin feet had been on the news, which I found out the next morning when I walked into work and my colleagues told me.  Later in the month when I went to see my friendly travel agent, she was also excited to say that she had seen me on TV!  Of all the things to be on television for, it had to be my feet….

Would I participate in hi-watari festival again? You bet I would!  It was an amazing and unique experience, and one I won’t forget.

For a little better look at what it looks like in video, here’s a clip from a larger festival in Kyoto:

More posts from my A-Z of Japan series: