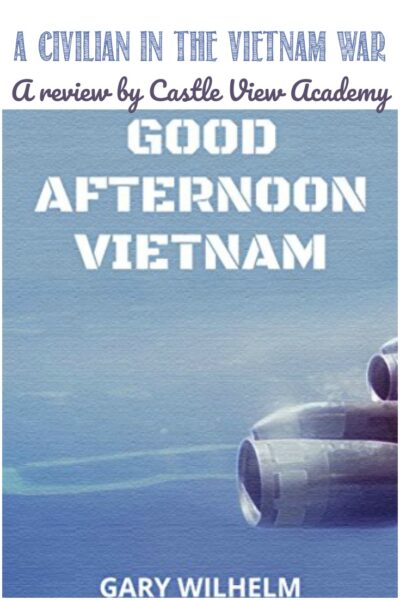 Today I’m going to share something a little different with you.  It’s a book review for adults (although the book could be read by middle-school age and up as there isn’t anything ‘inappropriate’ in it).  It’s written by Gary Whilhelm, who just happens to be married to Carolyn of The Wise Owl Factory.  Good Afternoon Vietnam: A Civilian in the Vietnam War, is Gary’s personal story about how he ended up in Vietnam as a civilian engineer with the marines. 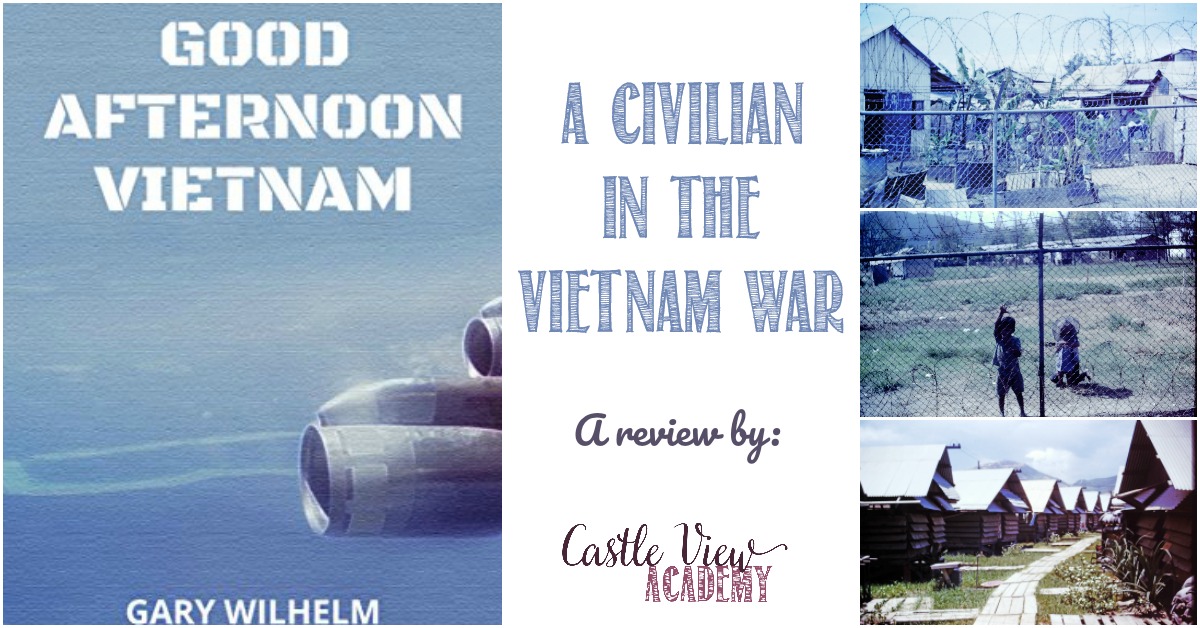 I’m going to start off by saying that I am NOT a fan of war stories….BUT this book is DIFFERENT! Good Afternoon Vietnam: A Civilian in the Vietnam War is not a story about war, nor is it a story of a soldier. This is a story about a young man in a blue suit, white shirt, and tie who has left academia and is beginning his venture into the real world as an engineer; and little did he know how real that world would become. An initial request to transfer to Iceland (which was turned down) led him to two years in the heart of Vietnam.

Wilhelm’s descriptions tell the tale well…the heat, the humidity, the smell, as he departed the plane into a land unknown. Being surrounded by armed military men while he was neither military nor armed. He uses the vernacular where appropriate, but explains what the terminology means.

This is a story not particularly violent (except for an unseen bar fight), but rather of adventure; making the best of what you have to improve life, of dull days at work, and watching love bloom between others.

Wilhelm was overwhelmed at the war life when he arrived in Vietnam and didn’t take a photo for months as he didn’t want to remember what he was seeing. However, I’m glad that he finally did take some photos, as they are sprinkled throughout this book so that we can catch a small glimpse of tin shacks covered in styrofoam and just picture in our minds some of the hi-jinx he and his friends managed…after all, Wilhelm was an engineer so what else would he do in his down time other than find ways to install unapproved air conditioning?

Ways of communicating with friends and bosses were less than ideal in times before encrypted sat phones and the internet. Just imagine having to fly out of the country to make a phone call! Alcohol was used as currency, and even going to buy toothpaste could involve danger. Yes, this was a whole other world in another time, and one that I know little of, but am now more curious to learn more about.

These are stories that have long been told to Wilhelm’s family and friends, no doubt, but are now written down and preserved and shared so that we can see a side of conflict rarely publicly known. It’s an easy read and I can imagine being around a table with him while he’s retelling a little bit here and there as asides into general conversation.  Perhaps someday I’ll even be able to listen to a few of these stories in person.

As I mentioned earlier, this book is written for adults, but if your children are learning about either war or Vietnam’s history, you could read these stories together, or choose relevant chapters, and youngsters could learn about the way people live during times of war and then use these stories as a way to discuss world events and how they affect those who aren’t directly involved in the conflict themselves.  What would they do if they could be in danger just going  to the shop for soap, never mind the latest trading cards or magazine.

Good Afternoon Vietnam has been a delight to read and I look forward to seeing more from this author in the future. I know that this man in a blue suit, white shirt, and tie certainly has many more interesting tales to tell of life in the real world. 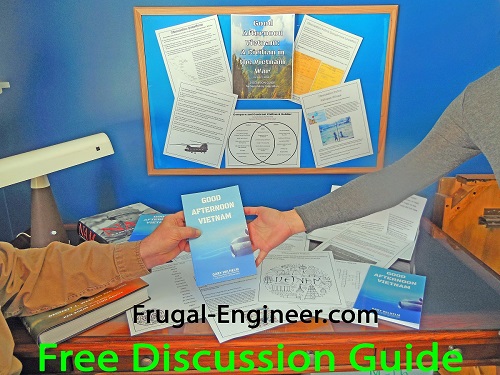 You know that when you’re married to a teacher, your book will, of course, have more learning potential than you’d imagined.  Carolyn has created a thought-provoking 16-page discussion guide to go along with Gary’s book.  I have it printed out here beside me so that it’s ready to go when we read this book together.  In addition to the great discussion points, there is also an acronym crossword puzzle, and some additional information about the Vietnam war.

This is a really wonderful resource, and as our own village is preparing to sponsor a refugee family from Syria, we’ll be talking about how Gary’s experiences may relate to the current day and what this family may have encountered; it will help my children gain a greater understanding and compassion.

This Discussion Guide is targeted toward secondary students, but with a little adjustment and input from others, I think it will also work well with middle years or even astute late elementary students.

To get your own free Good Afternoon Vietnam: A Civilian in the Vietnam War Discussion Guide, click here.

You can learn more about Gary Wilhelm at Minnesota Remembers Story Wall (where you’ll see an excerpt from his book), and his blog, Engineer Author, Gary Wilhelm.

You can purchase Good Afternoon Vietnam in Kindle version via Amazon.

Previous Post: « It’s Harry Potter Mania In Castle View Academy!
Next Post: Semicolons, Cupcakes, and Cucumbers! What’s Up With That? »