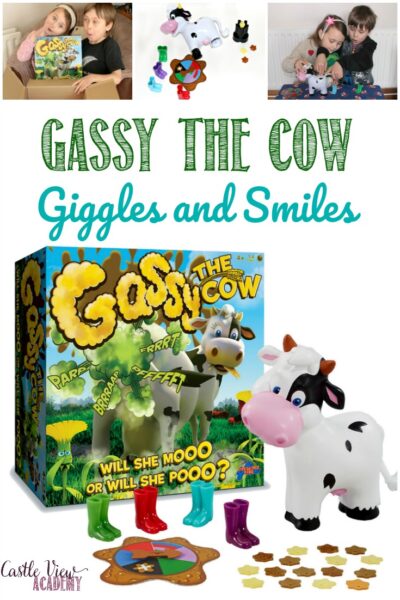 Oh, boy, what a month it’s been so far!  First #Ophelia, and then Storm Brian, Thanksgiving, birthdays, and taking Kallista in a downpour to meet the mayor and receive an award.  After her ceremony we ended up walking from one town to another and passing by a farm that smelled less than inviting…it smelled like there was a herd of gassy cattle hiding out… which took our minds off our soaking selves and had us thinking about our warm, dry home where Gassy The Cow was waiting! 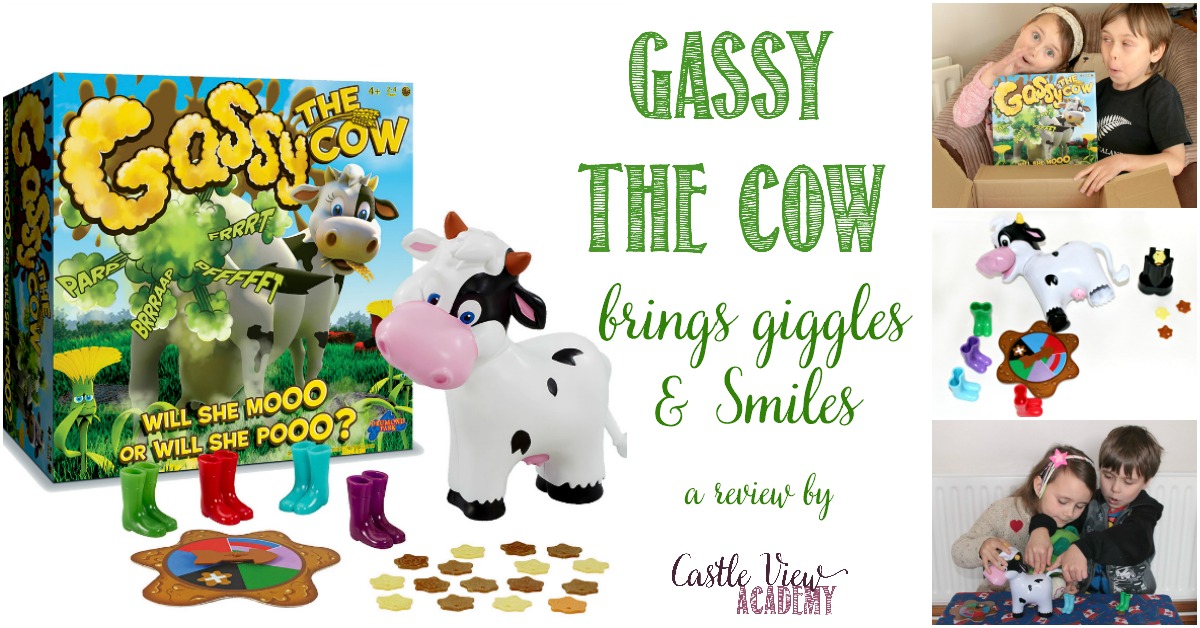 What is a game that’s sure to annoy parents while having the kids in stitches?  Certainly one that involves flatulence!  Gassy The Cow that loudly passes wind and drops cow pies onto your wellies!  What in the world will Drumond Games think of next?  Seriously, who dreams up these games? 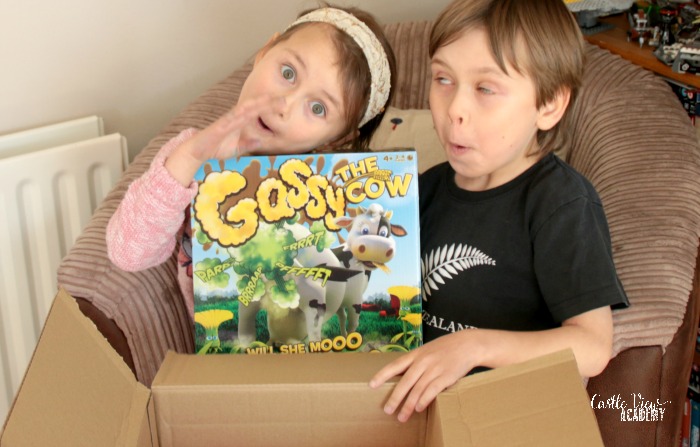 Yes, you’ve read that correct, my children are the proud owners of a game called Gassy The Cow, and I’m sure you can just imagine all of the hilarity that has ensued. 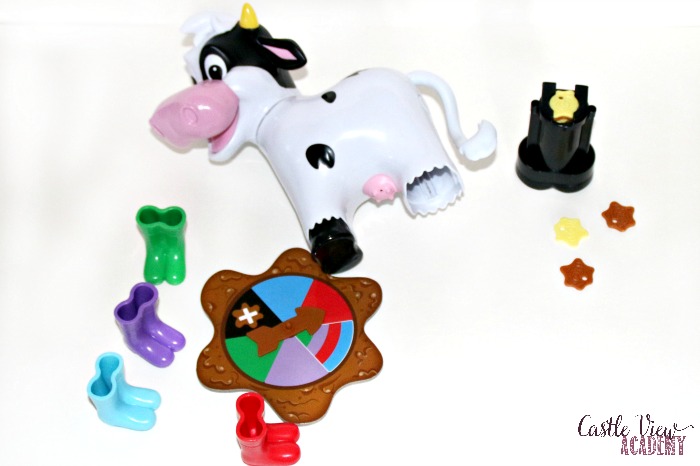 To begin play, you’ll need a small Philip’s head screwdriver to remove the battery compartment from the front legs to insert two AAA batteries (they aren’t included).  Then remove the poo and wee dispenser from the hind legs and randomly load the splats into the press and replace it.  That’s it for preparation; you’re now ready to start!

Set up Gassy, the spinner, and have each player choose a pair of welly boots.  The youngest player spins first and the player who has the boots of the colour the spinner stops on goes first.  The beginning player spins and if the spinner shows a colour, walk the boots up to Gassy and another player will raise her tail….

If you spin the x then you miss your turn and are safe from Gassy’s attack. 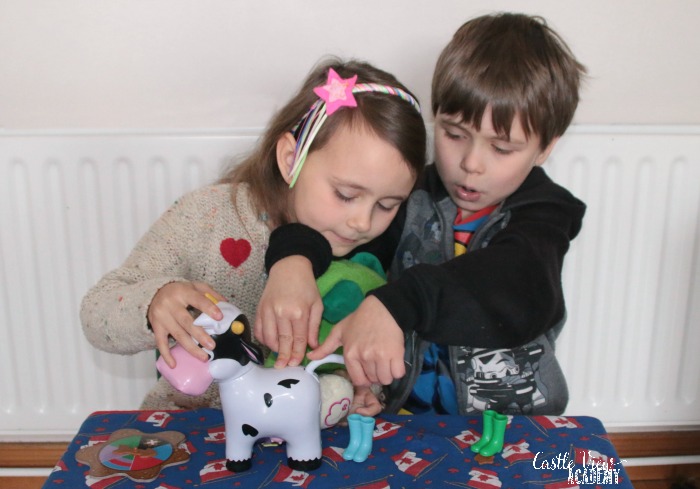 If your spinner lands on the multicoloured section then you choose who will walk up to Gassy with their boots instead of you.

Then it’s on to the next player.  In following rounds…

Then let the laughs ensue as Gassy The Cow creates sounds of flatulence and everyone sits on the edge of their seats wondering if they will walk away with clean boots or not!

My children love Og On The Bog (read our review here), and if your kids do, too, then they’ll have a ball with this game!

I’m just thankful Drumond Park hasn’t gone the route of incorporating scents into their games!  Although…if the wind blows the wrong way after a nearby farm has spread some slurry, it’s just about right…or maybe a cue to take the game out.

Gassy The Cow retails for £24.99 and is available through Amazon.co.uk, Tesco, Argos, Toys R Us, and other fun retailers.

Previous Post: « Relax With The Beautiful Women Japanese Prints Coloring Book
Next Post: Labrynth Is A Great Game of Strategy and Skill »