Last month while my parents were visiting from Canada, we all took a day trip to the North Coast of Northern Ireland with the ultimate destination being the Giant’s Causeway.  This is a very special location, and a UNESCO World Heritage Site.

We all enjoyed the day out wondering at nature’s beauty and the legends surrounding this location.  To mark the occasion I had wanted to purchase a book I’d had my eye on for ages.  Unfortunately, I couldn’t find the book there, or anywhere over the next 2 weeks.  But this turned out to be a good thing!

After Mom and Dad returned home I was cleaning off the children’s bookshelf and thinning through some of the books they’ve outgrown…and I came across just the book I’d been looking for!  I’d bought it for Kallista two years ago during a “girl’s day out,” according to the inscription inside the cover.

What is this book?  It’s Finn’s Causeway Adventure by Lauren Graham and illustrated by Dave Orchard.  It’s a lovely tale about a shy fish, whose name is, appropriately, Finn (a common Irish name). 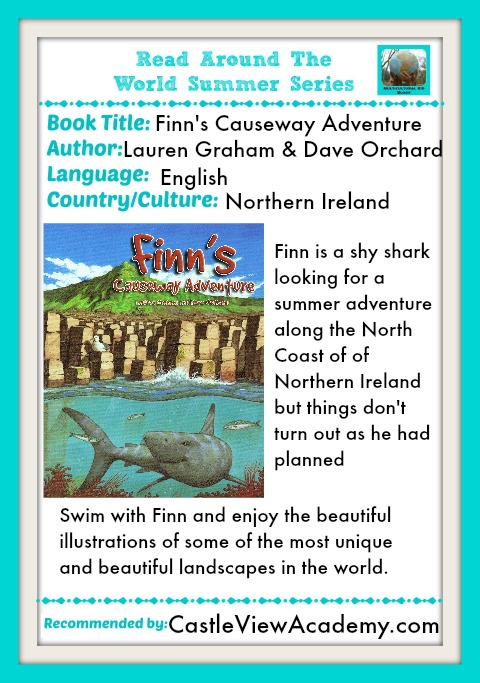 Finn, like many from Northern Ireland, enjoys taking his vacations along the North Coast.  He loves to see the spectacular coastline.  From the hexogonal columns of basalt at the Giant’s Causeway, to the cliffs at the Carrick-A-Rede rope bridge, to the inviting sandy shores of Portrush.

Now that Finn was growing up, he wasn’t feeling quite as shy and he was gaining confidence and wanted to see more of the coastline and join in the fun that the people there were having.  He swam closer to shore than he had previously gone, and was pleased to hear people calling him by name when they saw him, “Fin!  Fin!”  But he couldn’t understand why they then all looked frightened and then ran away.

READ MORE:   Get Hands-On With History! Knights Lap-Pak for K-2

On his third attempt at trying to socialize, he wanted to join the surfers and ride the waves.  Unfortunately, these antics saw him becoming stuck in the sand.  Thankfully, the Coastguard and Portrush Lifeguards were able to get rope him up and transport him to deeper water and released Finn without harm.

Finn was frightened after his adventure, and after this, he was happy to become a shy shark once again and admire the North Coast from a distance. 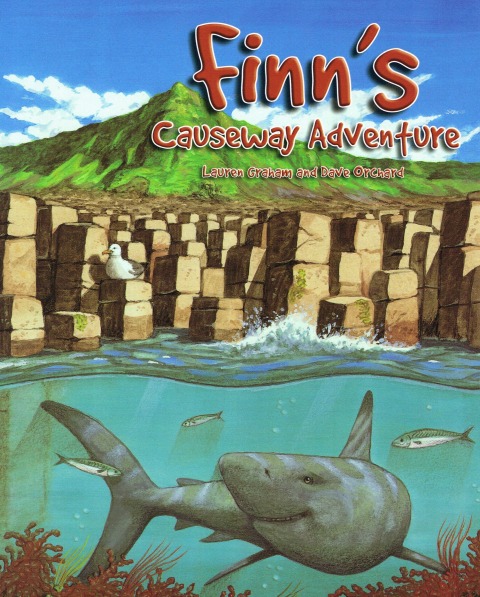 I like that this story tells about a shark coming out of his ‘shell’ and trying to be more adventurous.  I also like that in the end he finds out that being outgoing isn’t for everyone, and it’s OK to be shy!  Indeed, it can even be a great quality.  It’s good to know who you are and be comfortable with it.  Just because ‘everyone else’ is doing something, doesn’t mean that it will be what is right for you.

Dave Orchard’s Illustrations are great.  They look just like photographs that I have taken around the area.  They really transport you to Portrush and the sand dunes, the beauty of the Glens of Antrim in the background, and the fingers of coastline sticking out from the mainland.  The illustrations are done from different vantage points, some are below the sea, some are looking down from above, and others are just as if you are standing there yourself.

There aren’t many children’s books written about Northern Ireland, and I’m glad that we have been able to add this to our collection.  I would recommend this book for children from the ages of birth to eight or even older. 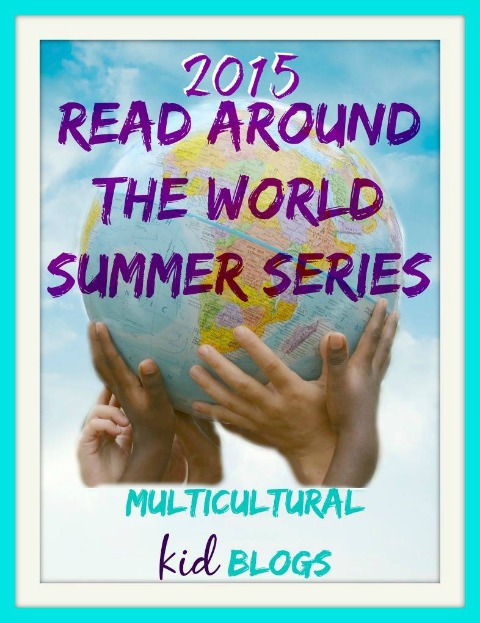 Today’s book recommendation is part of the Multicultural Kid Blogs’ Read Around the World Series.  Three times a week for the rest of the summer, bloggers from around the world will be sharing their favourite books for children from birth up to young adults.  Join in the fun and share your favourite children’s books with us!  All of the highlighted books will be shared on the MKB Pinterest Board, Facebook page, & G+ Community.

Don’t forget to check out our 2014 Read Around The World choice, and if you love books as much as we do, check out our book and book activities page!