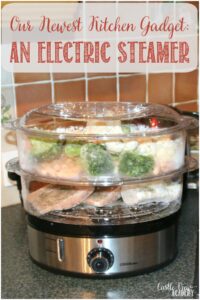 Are you like me and always looking for a healthy new meal that is easy to prepare?  When we were last back home in Canada, Mom and Dad had an electric steamer that they used a few times while we were there, and now six years later we have our own and we were keen to get started with it. 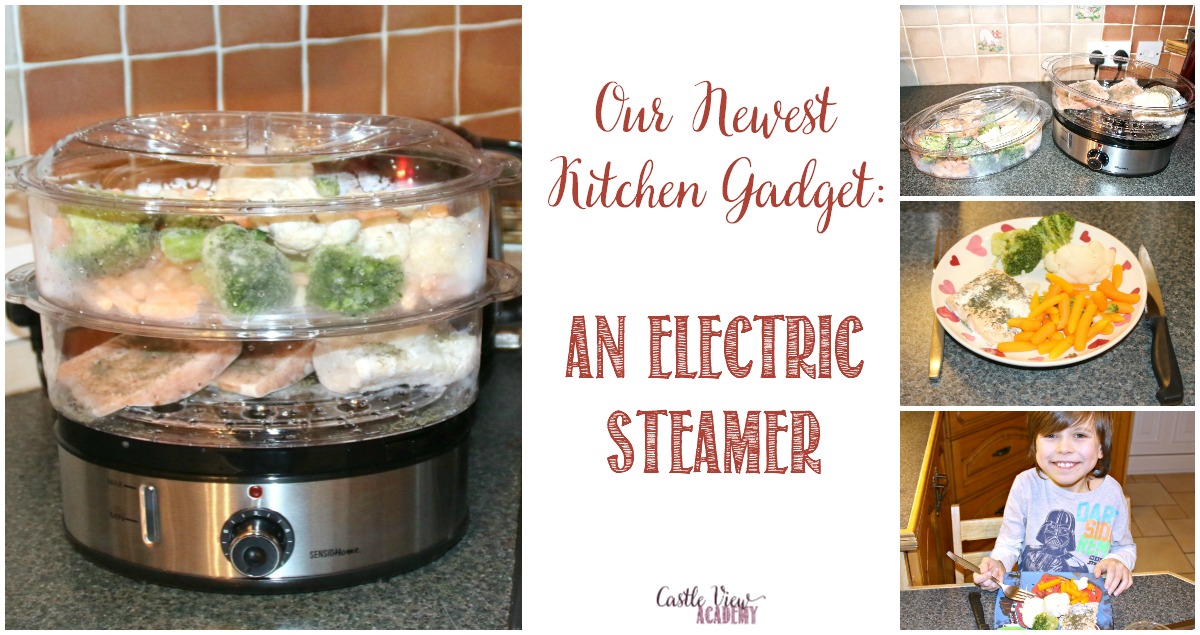 This post may contain links through which I may earn a small commission.

We were provided with a Sensio Home Stainless Steel 3 Tier Steamer to try out and so far we’re loving it.  I wasn’t quite sure what to do with it when it first arrived as I hadn’t used one myself before and I didn’t know where to start.  But really, anything you can steam on the stove or in the microwave can be steamed in an electric steamer!  Once you get going with it your imagination will do the rest.

It was that time of month that our grocery stores were depleting so I didn’t have a lot of choice, but there’s always something around when you need it!  I found some salmon and cod in the freezer, along with some frozen veggies; so this is where I started.  A little stereotypical of a steamer recipe, but it was also a good choice to use what we had.

After giving the steamer a wash, just as you do with every new appliance, I had a quick read over the directions: you can use one, two, or all three layers of the steamer at any time, depending upon your needs.  And you can also add water to the steamer through a handy drawer so you don’t have to risk scalding yourself in mid-steam. 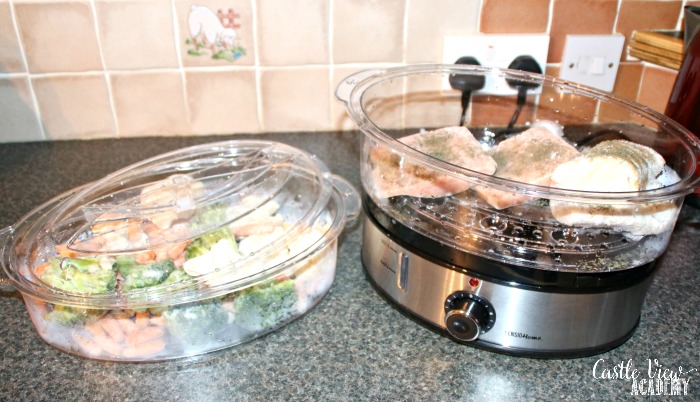 I placed the fish in the bottom tray: meats always go at the bottom so that they don’t drip down onto other foods, increasing risk of salmonella and other food poisonings.  Health and safety should always be adhered to.  Two of the cod pieces were frozen together, but it didn’t affect their cooking, which was a great outcome.  I simply added a pinch of dried dill over the top of them for a little extra flavour to penetrate while steaming.

Then I placed a mix of veggies in another tray: partial bags of broccoli, carrots, and cauliflower were used up.

I put the cover over the top, plugged the steamer in, and set the handy timer for 20 minutes.  I was just guessing here because I wasn’t sure how long our meal would take to cook, but thought it was a good starting point. 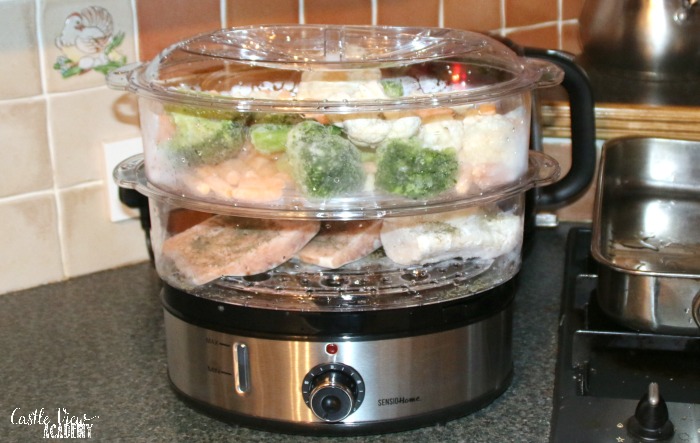 I returned part way through the steam and topped up the water reservoir.  Things were looking good, so far!

By the time the steamer was done, Phil was home from work and ready for dinner.  The twenty minutes was just the right time; nothing was overcooked nor underdone!

I wondered what the children would think?

Both Tristan and Kallista gave the meal a big thumbs up!  They loved it so much they said that it’s the only way to cook vegetables!  They weren’t soggy and they had loads of flavour!  They said their fish was done to perfection; nice and flaky without falling apart.  Indeed, they were correct. 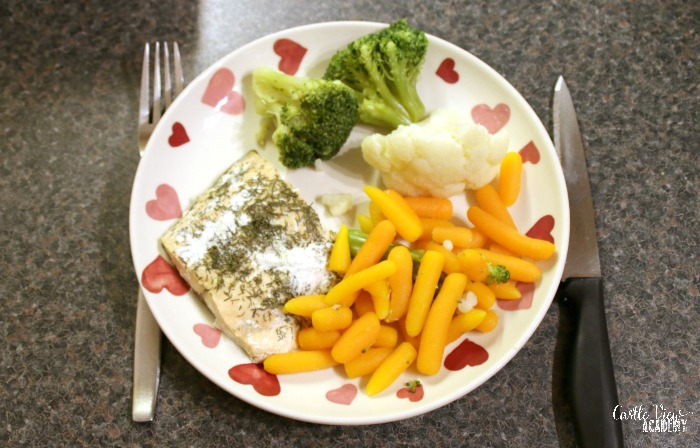 And in case you were wondering, the veggies didn’t taste like the fish that was cooked just below.  I was a little concerned about that, but needn’t have been.

The Sensio Steamer was a hit!  The children were listing off foods that they would like to try in it: baby potatoes, asparagus, brussels, eggs, Chinese buns, Japanese pot stickers, and I will be researching to find out how to cook rice in the steamer as well.  Imagine making a whole meal in just one appliance! 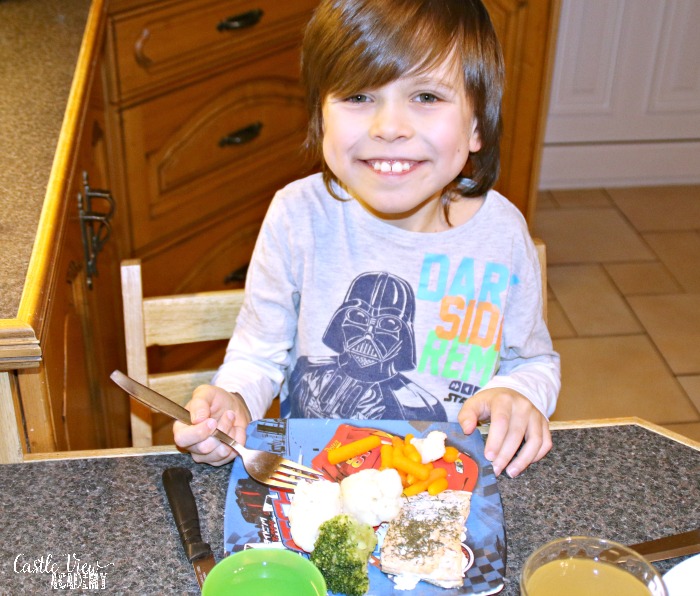 Clean-up wasn’t too bad, eitiher: Phil took care of emptying the drip tray and water reservoir and giving the trays a wash.  Because the food is steamed, it doesn’t have the tendency to stick to the trays the way it would stick to a pan so it didn’t take Phil long to clean up at all.

Overall, we’re very happy with our new Sensio Steamer and we’ll be using it on a regular basis – my kids are demanding it!