Home » Craft » How To Dye Pasta For Crafts

Yesterday I told you about our most recent Degustabox arriving and I promised to show you how we to turn it into an afternoon of fun for the kids.  As sad as it seems, my children haven’t yet died pasta for crafts (rice and sand yes…but not pasta).  Today we’ll show you how to dye pasta and make cute Minion pasta pictures. 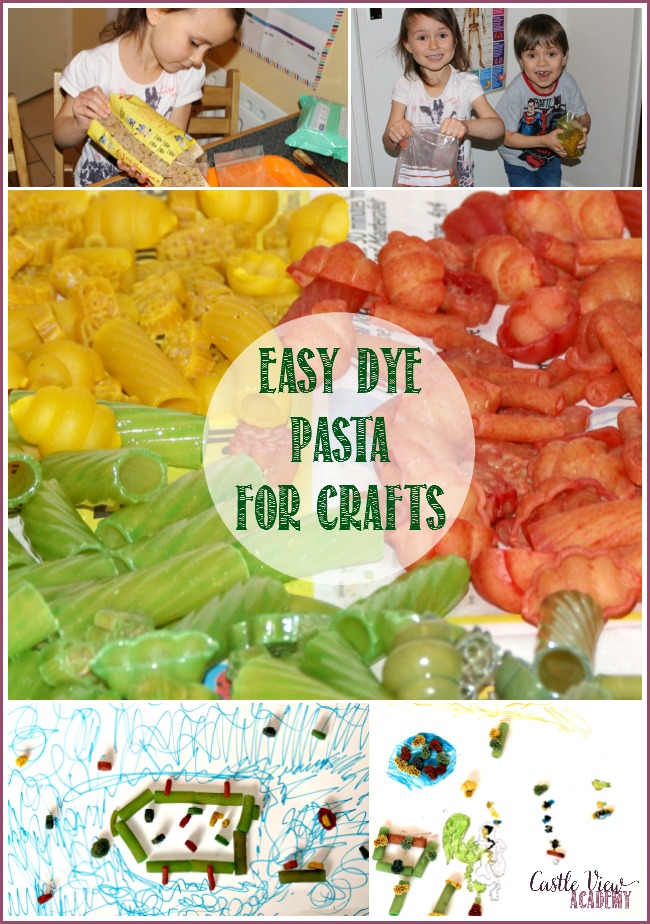 How to dye pasta

There are a couple of ways you can dye pasta, and here’s one of them.  All you’ll need is pasta, food colouring, white vinegar, and zip closure bags. 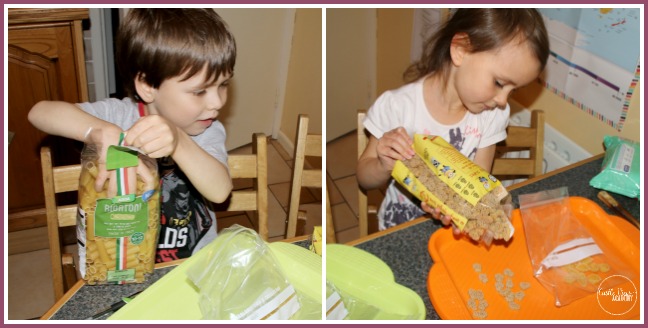 1) Put your pasta in a zip bag

2) Mix up a teaspoon of vinegar and a generous amount of food colouring and add it to the bag. 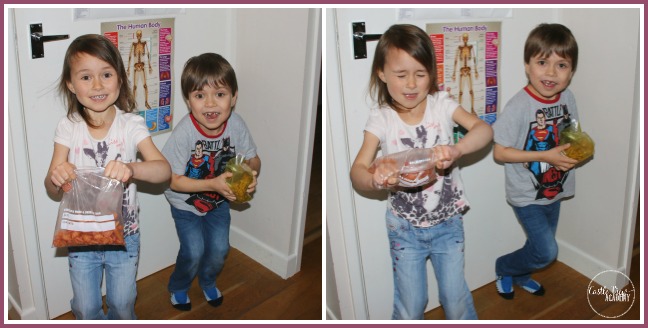 3) Securely close the bag and have the kids jump about and shake it up.  Make it all the more fun by playing some upbeat music!

4) Once the pasta is all brightly coloured, turn it out onto some newspaper and let it dry.  You may want to give it a mix every now and then just to make sure it doesn’t stick together or to the newspaper.  The food colouring I have at the moment isn’t great so we’ll make some more when I can find a pretty colour. 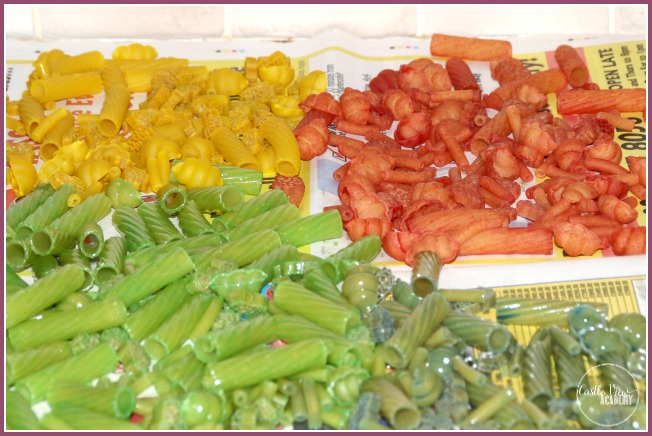 5) After the pasta has dried you can use it to make fun pictures and crafts!  Keep your dried pasta in an airtight container and it’ll keep until it’s used.

As I’d mentioned, the kids received some Minion pasta in our latest Dugustabox and thought it would be fun to dye it and make pictures with it (but not to worry; there’s enough left over for a meal as well).

The kids had a load of fun thinking about what they were going to create and putting their plans into action! 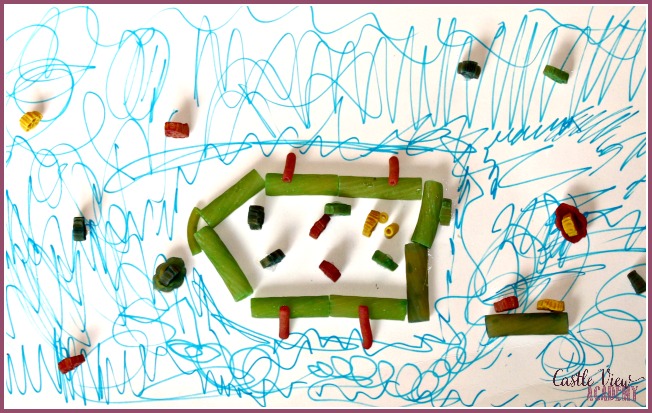 Tristan had a whole big story composed for his scene!  The sinking Titanic is out of the scene but nearby.  What you do see is a big life raft with some people/minions in it, as well as many swimming in the Atlantic…some holding onto drift wood, and a couple of survivors in one-man boats (shell pasta).  What an imagination! I love it!! 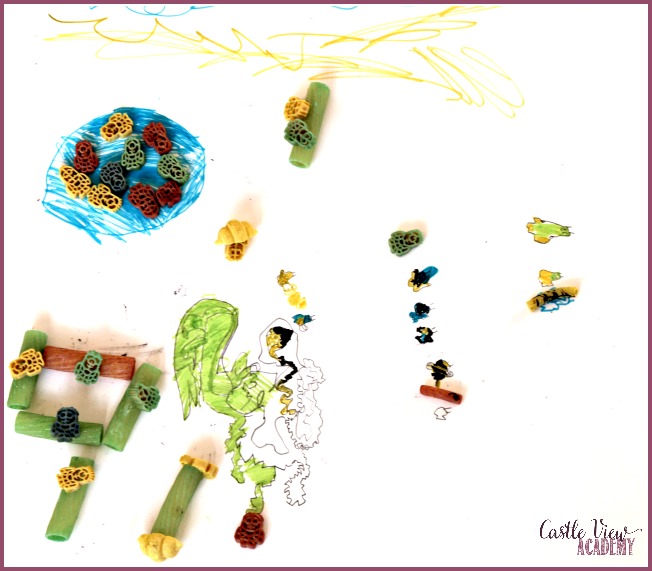 Kallista’s pasta picture has a playground with a pool with many minions swimming in it.  There is also some playground apparatus, a maze, and a bench.  She even has some yellow which represents the sun reflecting off of the ground!  Many of her characters are dressed up for Halloween in costumes such as a banana.  How fun!

The kids had a lot of fun with this craft time, and I love to see them happy.  We have plenty more pasta coloured so I’m positive that they’ll be creating many more stories to share.  Who needs TV when you have pasta and an imagination?!