Who would like some chocolate cake?  It’s waiting right there in the fridge for us!  Let’s go have a slice…wait!  There’s just one problem…Dad’s asleep and we have to sneak past without waking him to get to the kitchen.  Can we do it?  Let’s find out in this game of suspense…Sshh! Don’t Wake Dad! 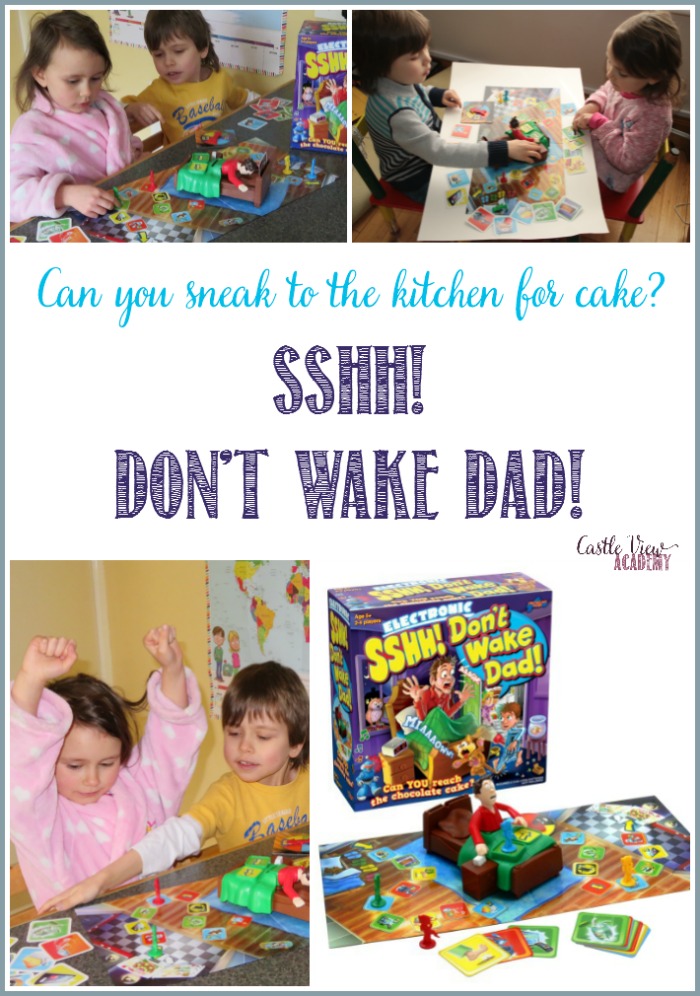 You may remember how much fun we had with our Family Board Games For The Whole Family post a couple of months back, so when we had the opportunity to try out Sshh! Don’t Wake Dad! from Drumond Park, we set our alarms to fun and awaited the postman’s arrival.

The kids set up the game right away and could hardly wait for me to find a set of batteries while Tristan dug a screwdriver out from the toolbox so they could be inserted immediately.  We read through the directions and kept them nearby for reference.

Then it was time to start.  Dad, tucked nicely in his bed, was turned on and placed on the game board.  Then Dad began to snore!  If only it was so easy to control real snoring!  The game cards were divided between us, and our characters placed on the slippers at the start of the game.

Kallista, being the youngest, had the first whirl of the spinner.  She moved ahead to the first square of the corresponding colour.  If there wasn’t a picture on her square, she was safe and could stay there. But when she landed on a square with a picture and if she had the same card that was depicted on her square, she was safe.  If she didn’t have that card, then she had to press the alarm clock the number of times that was indicated on her square…and hope that Dad didn’t wake up.  She was safe!

READ MORE:   The Big Book of Pick and Draw Activities 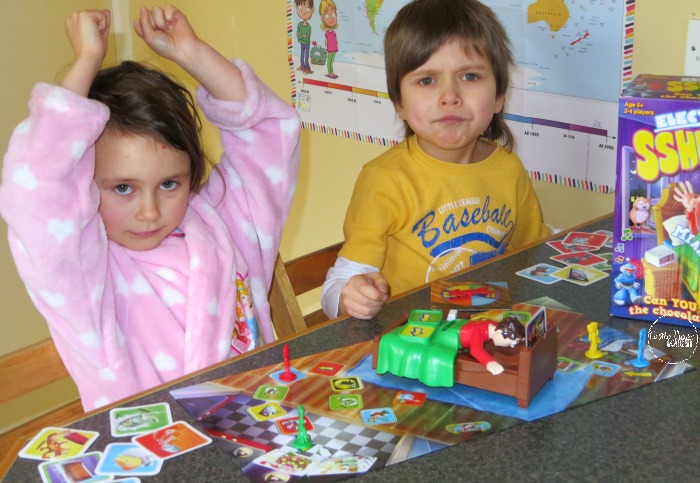 Some of the dangers you may face along the way to the kitchen are:

If the spinner stops on a pair of slippers on fire, then you move one space ahead of the player closest to the finish mark.  That’s always fun!  If your spinner lands on the plus sign then you can take a card from another player to give you more protection later in the game. 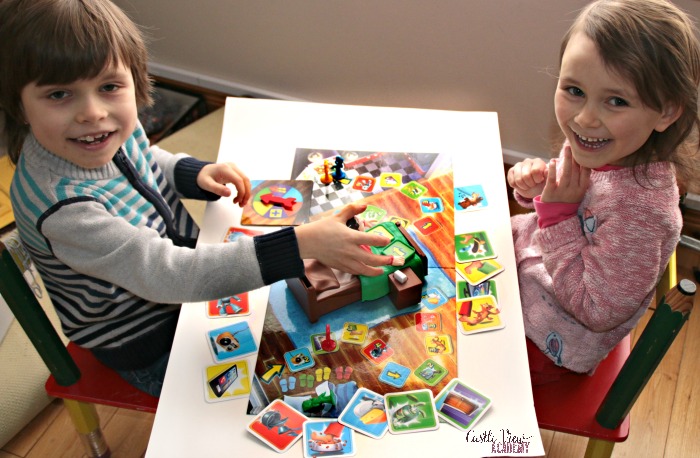 Should Dad wake up when it’s your turn to press the alarm clock….then Dad will turn over and sit up straight in his bed with wide eyes!  Tristan finds it hilarious!  It does startle Kallista a little because it’s like a Jack-In-The-Box as you never know when this will happen, but after a little jump, Kallista also laughs.  If you wake Dad (or are caught on the bed when someone else wakes him), then you go back to the starting slippers to begin your journey again.

The first person to reach the kitchen will get a slice of cake.  We played until all the players were successful.  Kallista had us in stitches when she arrived last and told us that Tristan, the winner, could have the largest slice of cake, I could have another slice…but she was going to eat the rest of the cake!

To make this game even more fun than it already is, we made some chocolate zucchini cake to have after playing it the first time.  Keep your eyes open for our recipe coming up soon. 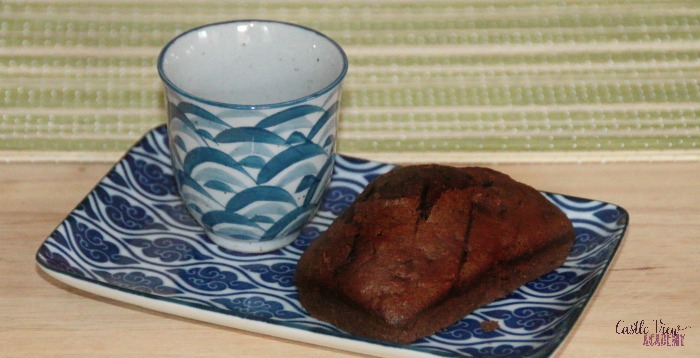 We’ve had this game for about a month already; and in that time both Tristan and Kallista have had the chicken pox and we’ve been under quarantine so long that our librarians were just about to call us to make sure we were okay as it had been so long since we’d been to visit.  Fortunately, with such great games in the house to play, time passed quite swiftly as young minds were distracted from their pain and itchiness.

READ MORE:   Peter and The Whimper-Whineys

I can’t even tell you how many times Sshh! Don’t Wake Dad! has been played in the past month. The kids on their own, with Phil, with Me, and all of us together.  It really is a lot of fun!

What would you sneak to the fridge for without wanting to be caught?  Share it with us in the comments below!