Home » Education » Health » Give Your Children a Roarin’ Bright Smile – Deeno’s On Kickstarter! 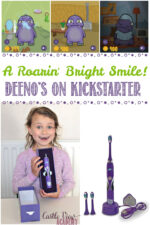 We all know that children don’t brush their teeth as well as they should, no matter how much us parents remind and nag them to do it.  My children’s smiles have brightened and my need to nag has lightened over the past couple of months as they’ve been using Deeno-Saur toothbrushes!  Read on to discover more and to learn about their Kickstarter campaign. 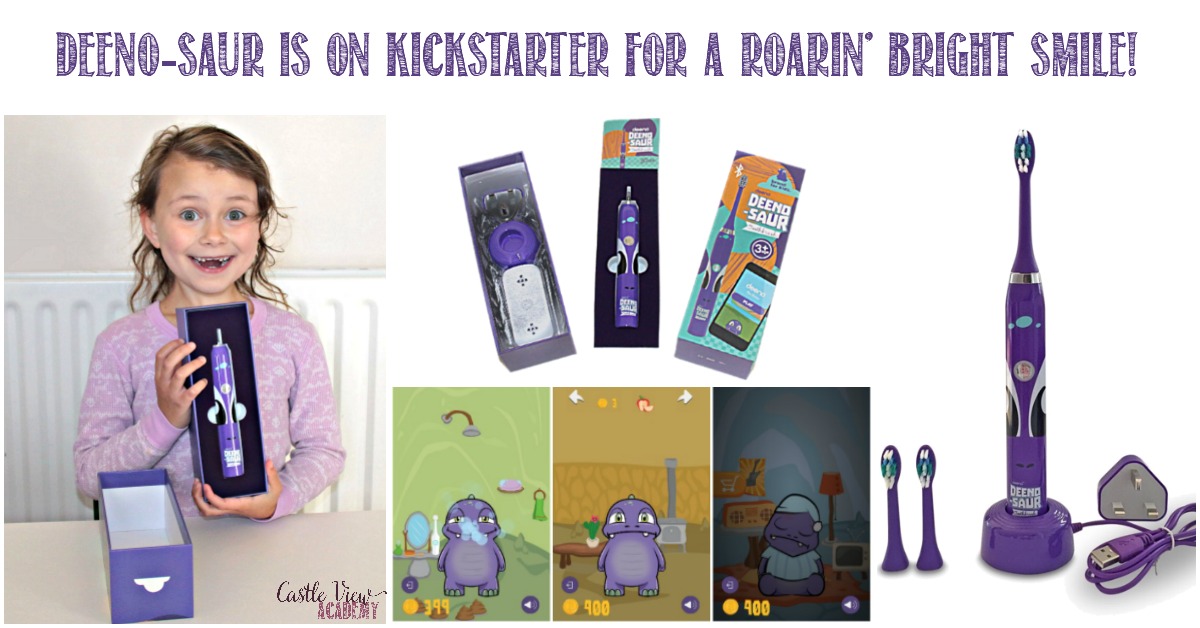 With 60-90% of the world’s children having tooth decay, we as parents need to do as much as we can to bring that statistic down.  In the UK, 24% of 5-year-olds have tooth decay with an average of 3-4 teeth needing filled or extracted.  That’s really shocking!  Instilling good oral hygiene is paramount in these early years or the future will be bleak.

Deeno asked us if we would like to be a part of their beta-testing team and kindly sent each of my children a Deeno-Saur rechargable electronic toothbrush in August.  It was the first time they’d experienced using an electronic toothbrush.  Previously, I was the only family member to have the extra-clean feel of a motorised brush experience.  When their brushes arrived, they could hardly wait to open them! 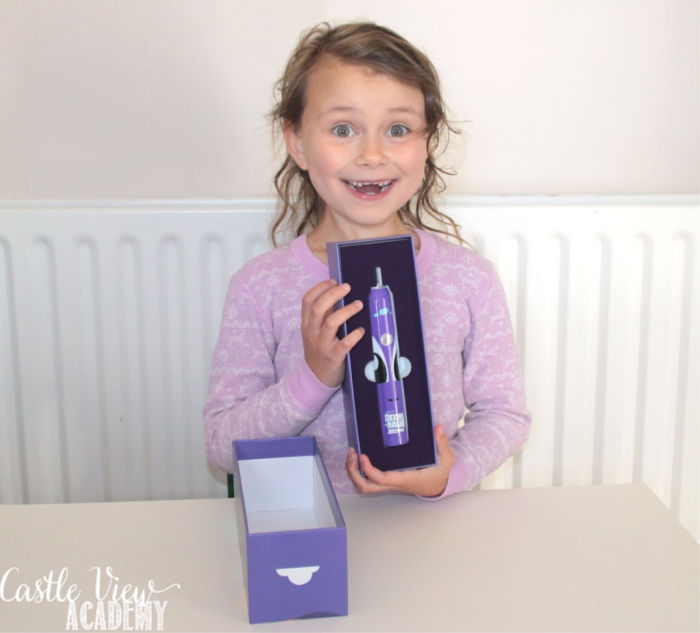 Inside each box was a purple Deeno-Saur toothbrush. 2 brush heads, a travel case to contain the heads, and a charging base that can either be plugged into a regular socket, or use the USB charging option. 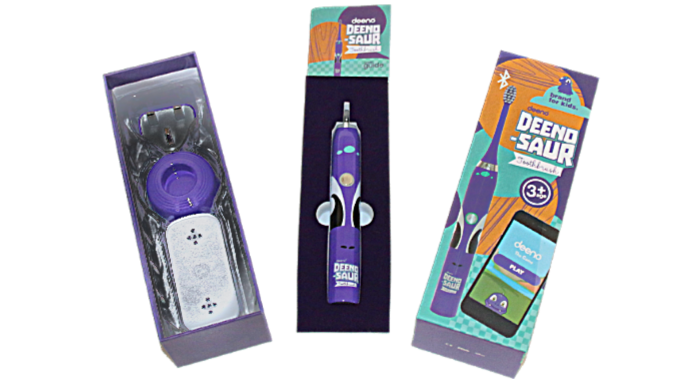 After an initial charge of the brushes for 24 hours (a charge lasts up to three weeks when used twice a day for two minutes), the kids were ready to go; just press the button and brush!  I should note that the charging station is super kid-friendly as all you have to do is set the brush in the base in any direction and it will charge.

The brush makes a buzzing noise when in use, and after each 30 second interval, gives an additional buzz to let children know that they should move onto the next quadrant of their teeth, and after 4 such times, your teeth should be shiny and clean and it’s time to stop.  I like this built-in 2-minute timer, split into quarters so that children don’t miss an area of their teeth, and they like it because that 2 minutes doesn’t feel as long when it’s broken down into smaller chunks of time.  Kallista will tell you more about it:

Before I even get into tracking or games, I wanted to let you know that with Tristan, especially, there was a visually noticeable difference in his teeth after just a few days using this brush over his usual manual brush.  He would go through toothbrushes like nobody’s business, with splayed bristles and fuzzy teeth even after brushing for 2 minutes twice a day, as well as flossing.  With the Deeno-Saur his brush head has lasted for over two months already in great condition, and his teeth are actually whiter and non-fuzzy!  That’s amazing!! 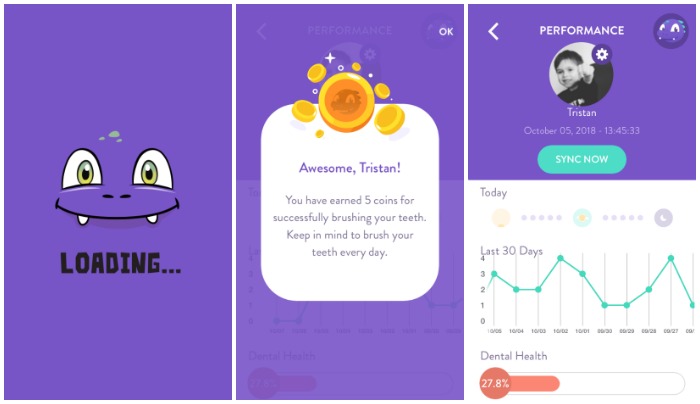 When they’re done brushing, Tristan heads over to my smart phone and syncs his brush with the free downloadable app.  This app can track how many times he’s brushed for the full 2 minutes and awards him 5 coins for each successful brush. 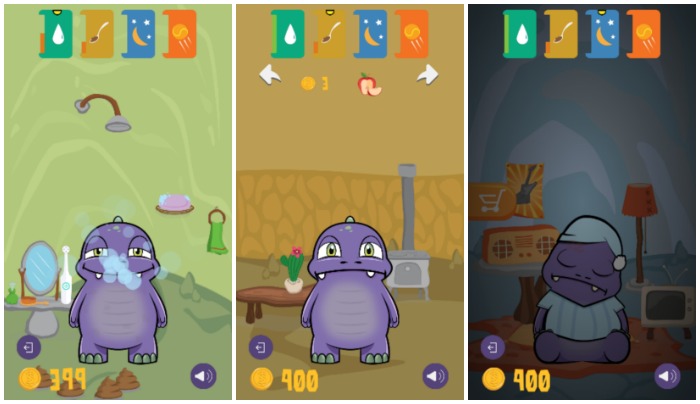 Then for added fun, there are games that can be played where kids interact with Deeno; for example, points are spent to buy Deeno food and points are earned by cleaning Deeno. 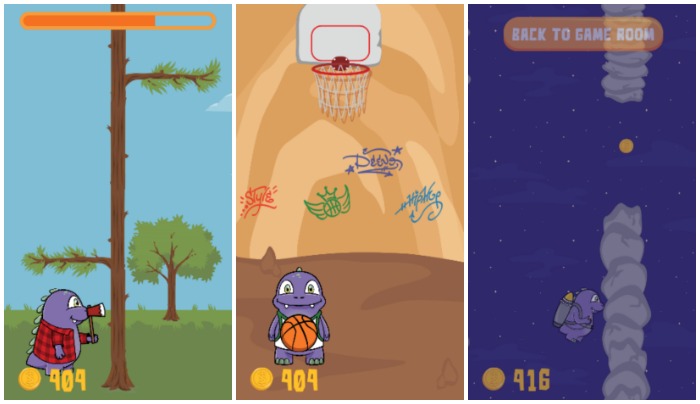 And there are some additional fun games…the lumberjack is quite addictive, if I do say so myself (of course, I had to try it out for research purposes)!  Why not try to shoot some hoops or jet into space, too.

What we discovered during beta-testing

It was very fun for the children to be a part of the Deeno-Saur beta-testing.  Keeping in mind that part of the reason for beta-testing is that it is the time for finding little kinks in the system.  And we have had a couple of issues:

Deeno-Saur is currently live on a Kickstarter campaign to raise $15,000 so they can make improvements to both the toothbrush and the app:

So head on over right now as there are some spectacular deals on the campaign that you don’t want to miss out on!  Lock your pledge in now and save over purchasing the Deeno-Saur in the shops in the near future! 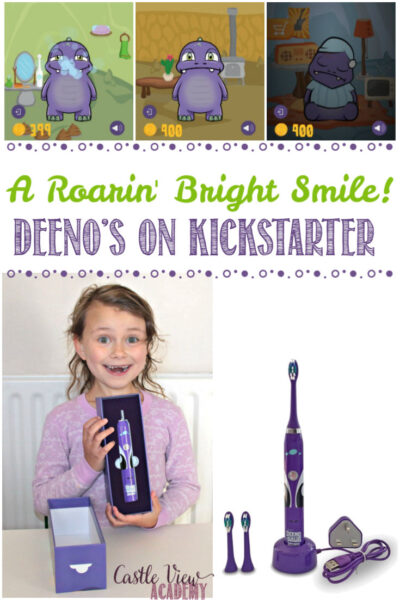 « 10 Things To Do In and Near Belfast in October For Families
The Cake Shed is a Mix of Haven, Hobby, And Workplace »