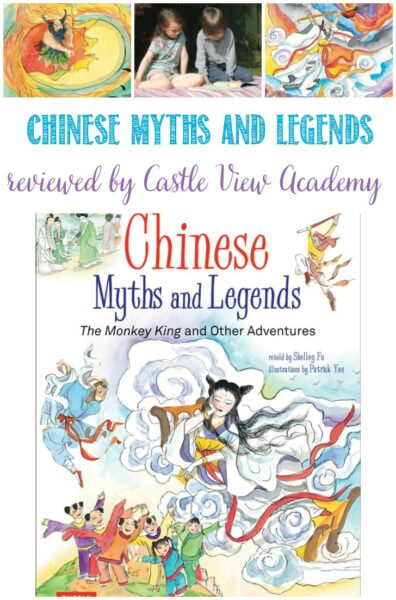 Out just this year is Chinese Myths and Legends: The Monkey King and Other Adventures from Tuttle Publishing, who have kindly sent us a copy for review.  Find out what our family thinks of this book below. 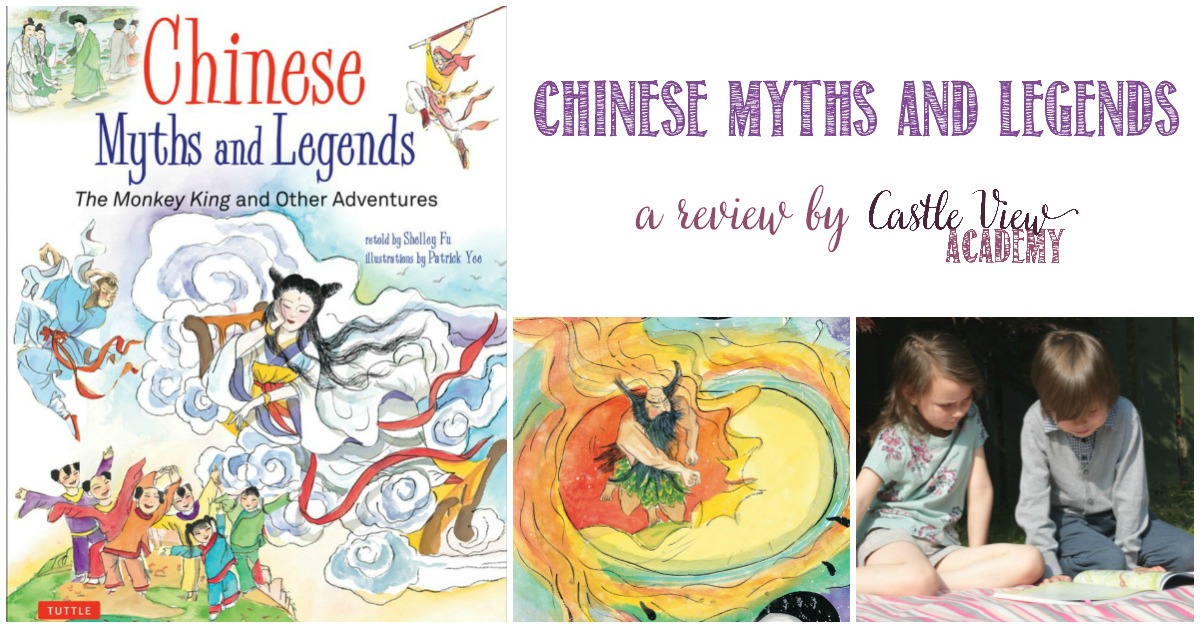 There are 7 main stories in Chinese Myths and Legends; however, many of the stories are broken down into 5-12 sections/chapters, which makes for easier reading and thus it doesn’t seem as daunting to younger readers. 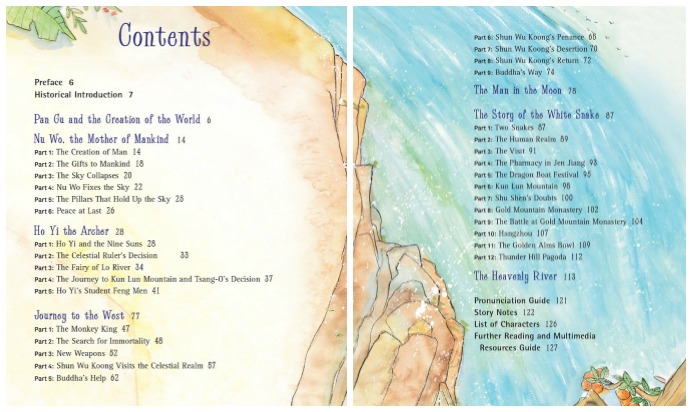 At the start of the book there are 3 pages of Historical Introduction, which is quite interesting as it gives the background behind storytelling in China and how it changed over time with the invention of the written word.

These stories are all well known in China, and the author, Shelley Fa, says that she is telling them in the way they had been told to her as a child.  Of course, stories change over time and being retold over centuries in oral history, and perhaps even more-so in more modern times of embellishment.  This means that you could read the same story in several places with each of them having their own differences.  It can be quite fascinating.

I also think it’s interesting that some stories transcend cultures and can be found in multiple countries.  In this case, “The Monkey King” is also a story we have read on its own, too (you can read that review here).

At the end of the book is a helpful pronunciation guide, as well as some Story Notes that give a little more information about them that wasn’t appropriate in the story itself, such as background info. There is also a list of characters and some resources for further reading and information.

Kallista, in particular, enjoyed this book and would read it at bedtime.  Here are her thoughts about Chinese Myths and Legends, and a short excerpt from her favourite story:

It’s interesting to learn about other theories of creation and get a better understanding of the world’s views.  There’s plenty of room for different beliefs.  The seven parts of “Nu Wo, the Mother of Mankind” are interesting as things go from harmony to the gods in conflict and the sky collapsing and having Nu Wo responsible for figuring out how to fix it.

My favourite story was “The Heavenly River,” which saw jealousy, greed, and cruelty to begin with, before love was found…but the love between the cowherd and the maiden proved to be too all-encompassing and they were unable to keep up their work for good, which resulted in their separation…except for one night a year.  This story explains the beginning of the Milky Way, why magpies are bald, and why the Summer Solstice is such an important day. 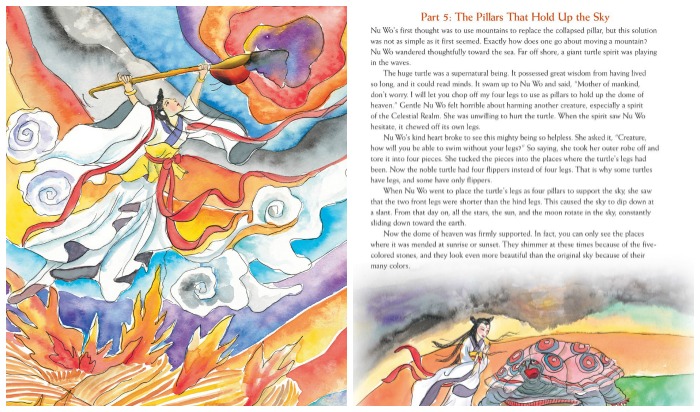 Patrick Yee illustrated Chinese Myths and Legends, and has done a superb job.  The style is in keeping with traditional Chinese paintings, while at the same time using a more modern colour palette of pastels and jewel-tones.  There is a mystical feel to the illustrations with their curves, stars, and sparkles, too.

The illustrations are cute and inquisitive, and I like the fact that even the couple that are dealing with more serious and dark issues, aren’t too ‘scary’ for young readers.

If you’d like to introduce your children to the myths and legends of China, this book is a good way to go, particularly if your ‘little readers’ aren’t the littlest anymore.  Add it to your cultural collection of world myths and see how these stories compare to similar ones from other cultures.  It’s a fascinating subject in many ways!

READ MORE:   Hooray For Spring! With This Color-Mixing Book!