Home » Culture » Asian Cultures » A-Z of Japan: C is For Castles of Japan

Last month I shared my experiences with a live volcano and bicycles….I’m not sure which was more dangerous!  Today in my quest to go through the alphabet with all things Japanese, I’m talking about the castles of Japan. 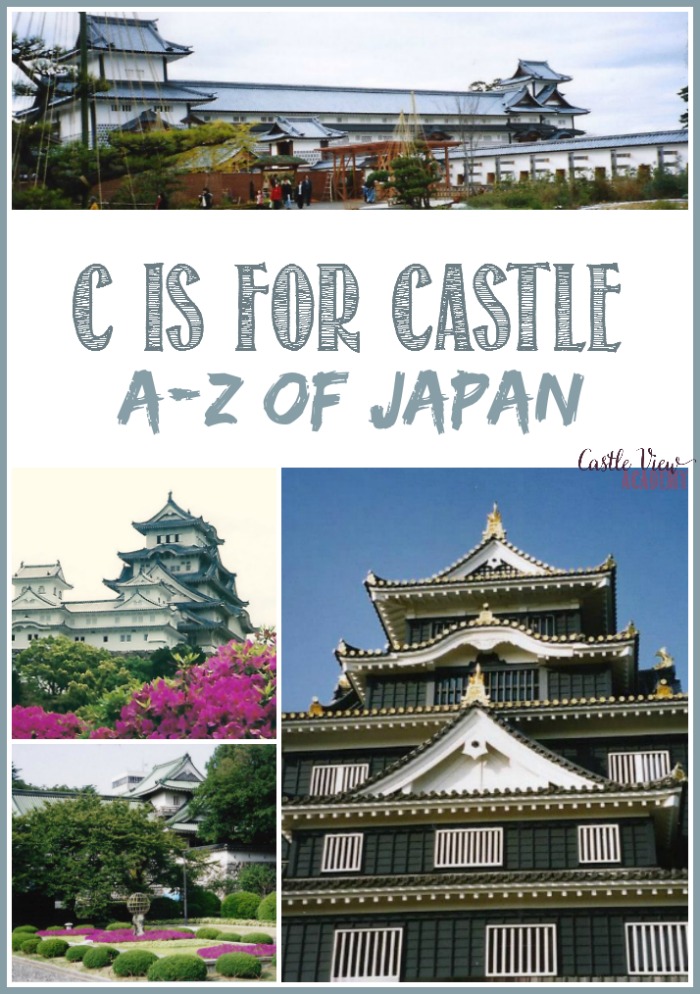 There was a castle or at least a castle ruin in every city I lived in….Toyama, Kanazawa, Okayama, Hamamatsu, and Takasaki.

Some castles were enormous and imposing, while others were smaller.  Some were still in use and others were not.  I may go into more detail with a few of the castles in future posts, but today I want to share a few that I’ve visited. 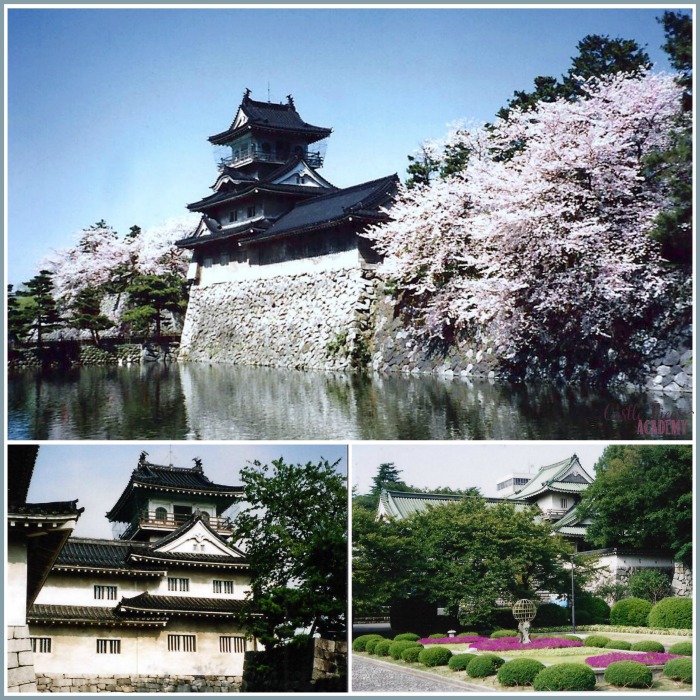 Toyama Castle is situated in the middle of my Japanese home town.  It is one of the smaller castles I’ve visited.  It has a river running on one side that is flanked by beautiful cherry blossoms in the spring, and still has parts of a moat along two other sides.  It was used as a school for a period of time, and now houses the Sato Memorial Art Museum. which is how I saw the interior, which still reminds me of elementary schools in the West. 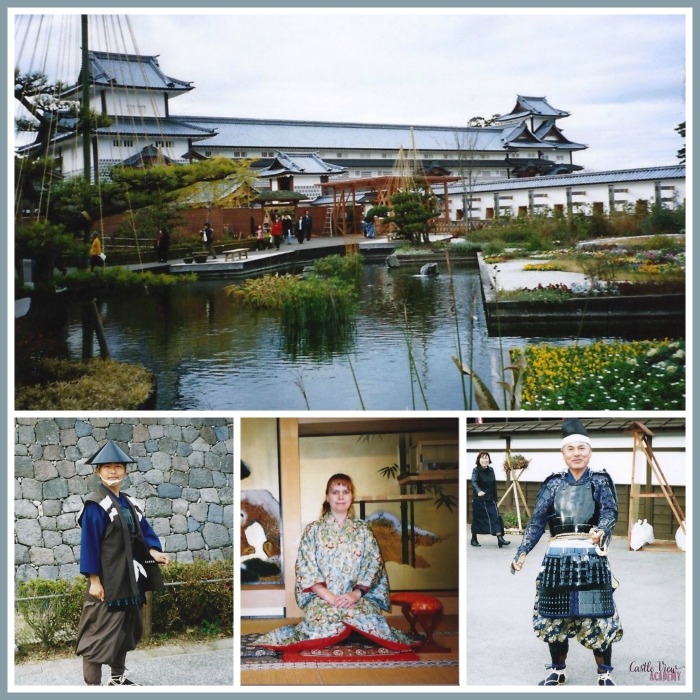 Kanazawa-Jo is one of my favourites.  It is just across from Kenroku-en, one of the three most beautiful gardens in Japan.  Kanazawa castle and its surrounds are beautiful in every season, but  my favourite is during the cherry blossoms and autumn foliage.  Go on a tour and find out about the history of the castle.  TV series have even been filmed here, and I even had the opportunity to dress up and pretend I was the empress for a photo. 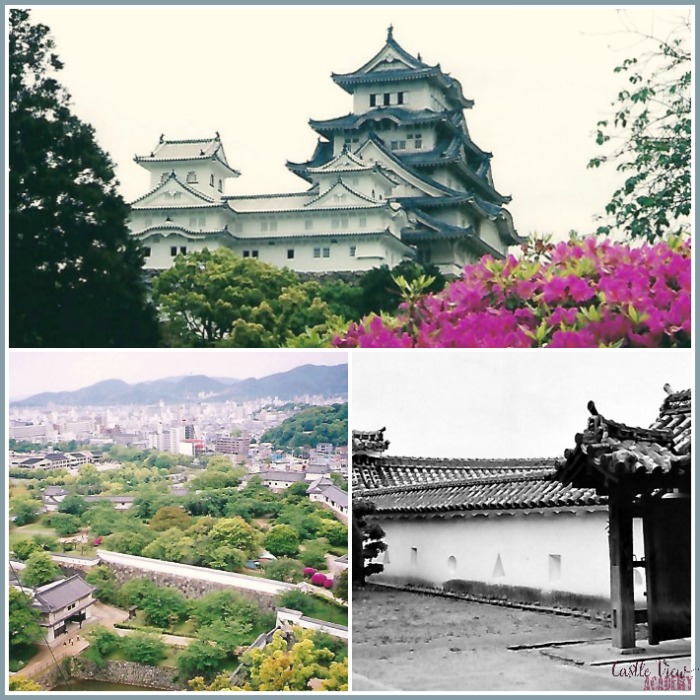 Himeji-Jo is an amazing castle that seems to go on forever as you climb the highly polished wooden stairs to get to the top to see the view of the surrounding area.  Himeji-jo is a UNESCO World Heritage site, and rightfully so.  Many of the buildings still stand, and the wall is the largest I’ve seen.  The fun shapes in the wall to allow defence of the castle are one of its unique features.  Mom and I stopped in Himeji for a few hours just to tour around the castle, and I highly recommend it. 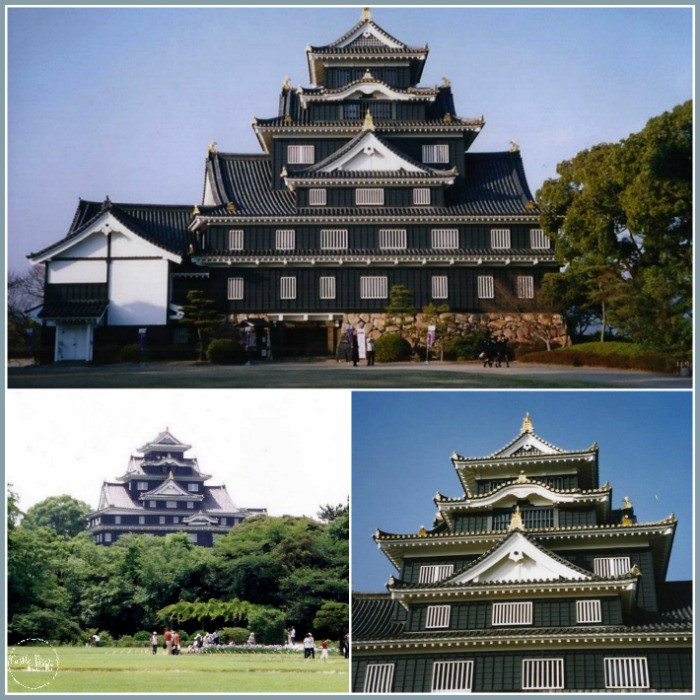 Okayama-Jo is known as Crow Castle because of its black exterior, which is unusual.  It was the first Japanese castle I saw as I spent my first week in Japan in the city of Okayama for training.  It was a pretty heavy work load and took up a lot of the day, but there was one day when we were done earlier and all of us walked down to Korakuen Garden and wandered around.  I returned once again when I was staying in Okayama while working for a month in Kurashiki. 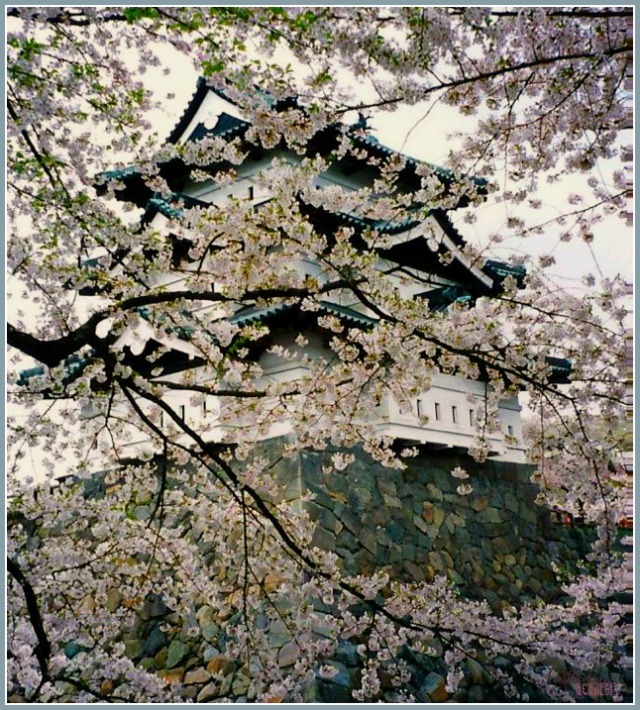 Hirosaki-Jo is at the north of the main island of Honshu, and I had the pleasure of visiting during Golden Week in 2003.  I was feeling a little run-down after a whirl-wind of travel and I wasn’t up for doing a mad-dash about the town trying my best to see as much as I could.  Instead I was very happy to find a piece of lawn and lie on my back looking up at the sakura above me and the castle as it peeked in and out between the cherry blossoms as the tree boughs waved gently in the breeze. 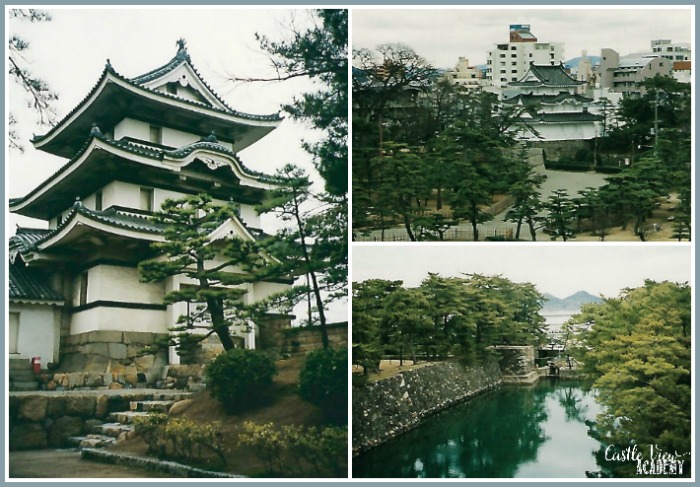 Takamatsu is one of the few locations I visited more than once during my time in Japan as I found it to be very relaxing during my hectic travel bursts.  One of the places I visited while on the island of Shikou was Takamastu-Jo. This castle’s moat is unique as it’s filled with salt water from the Seto Inland Sea. 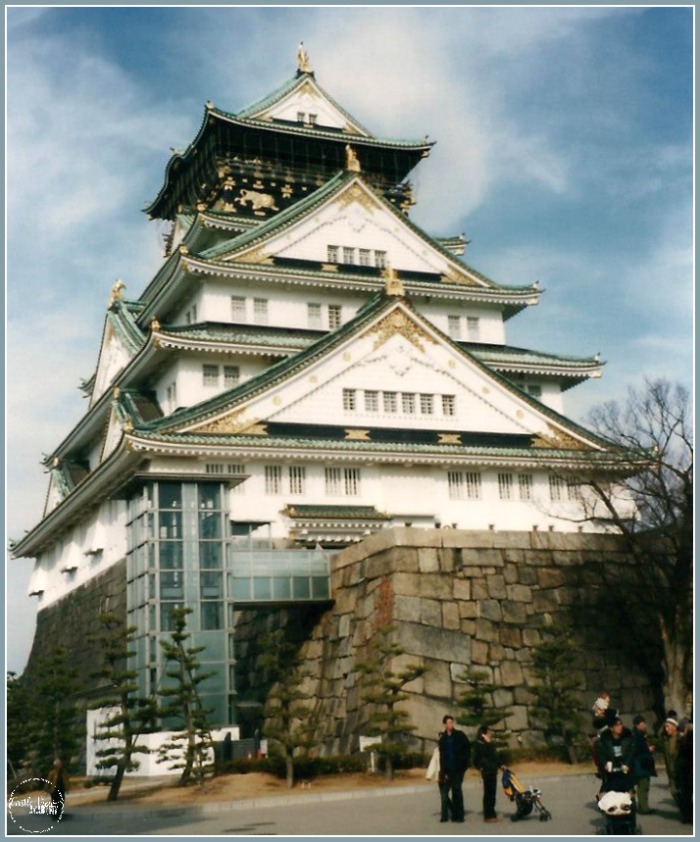 I took a weekend trip to Osaka while I was working in Hamamatsu.  There was a lot to see and do, and near the top of my list was Osaka-Jo. It didn’t disappoint and was beautiful.  I met many friendly people nearby, which added to the experience.  Many tourist locations in Japan aren’t appropriate for people with physical disabilities, but Osaka-jo has an elevator installed that attaches to the main building which makes it much more accommodating.

READ MORE:   You Must Have Patience To Homeschool (Homeschool Myth)

Now that you’ve been introduced to seven of the many castles I have visited (I didn’t go into all of them, but I certainly appreciated their strength and beauty from the exterior), I hope you’ll join me again in two weeks for a little Japanese culture that begins with the letter D.

Have you visited a Japanese castle?  How was your experience? How do they differ from those in other countries?  Let’s chat below in the comments!

Previous Post: « How Are You Feeling? Books About Emotions
Next Post: Fun Facts About Latvia on the CKCBH »