The weather is warming up and the kids will soon be off school (unless you homeschool year-round like we do), and you’ll be sure to be looking for some fun things to do with the kids.  If you’ll be in Northern Ireland this summer, here are some great things to do in Belfast In June With Kids, as well as the surrounding area . 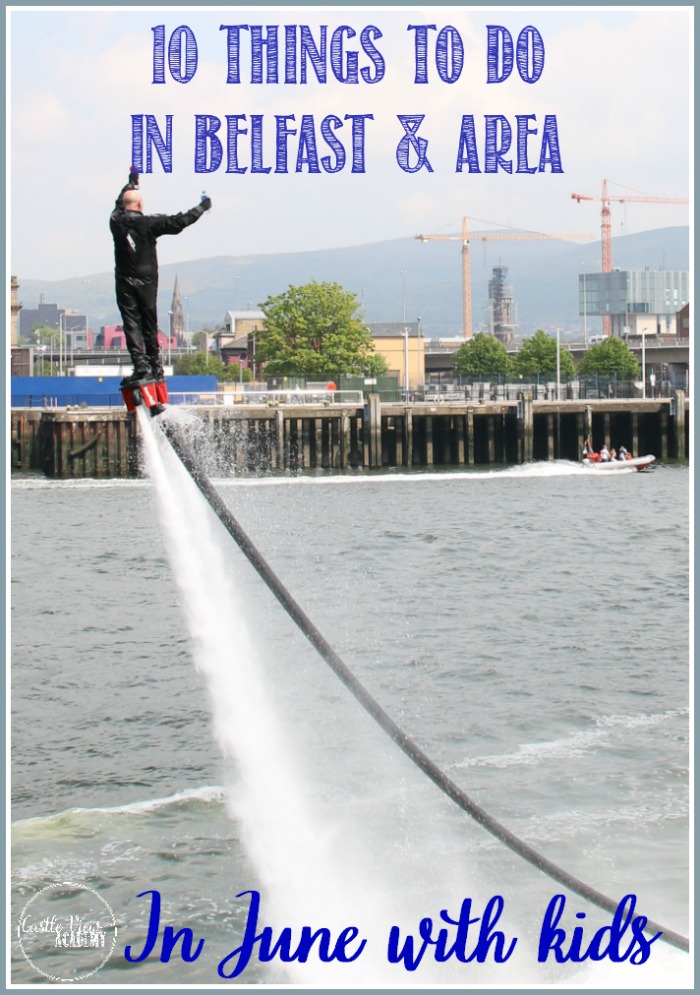 Things To Do In Belfast In June With Kids

Giant’s Ring in South Belfast is steeped in history and is a pretty neat place.  Parents will enjoy the henge from the neolithic period, while the kids will enjoy running around the big earthen ring that goes around it, or rolling down the ring.  We haven’t been there for years, but this will make a nice trip while the kids are learning about Stonehenge – they’ll be able to see a smaller, more accessible version right here in Belfast.

The Royal Landings are on from June 7 – 10 with the main event on June 9 in Carrickfergus.  Watch a recreation of King William of Orange land in 1690 by sea and then proceed on horseback.  There will be further festivities such as story-telling, food vendors, and more.  Previously this festival was known as the Carrickfergus Pageant.

June 2 – 10 is the Larne Summer Arts Festival. There will be a colourful carnival parade, a lamppost banner exhibition, and Arts in the Park. 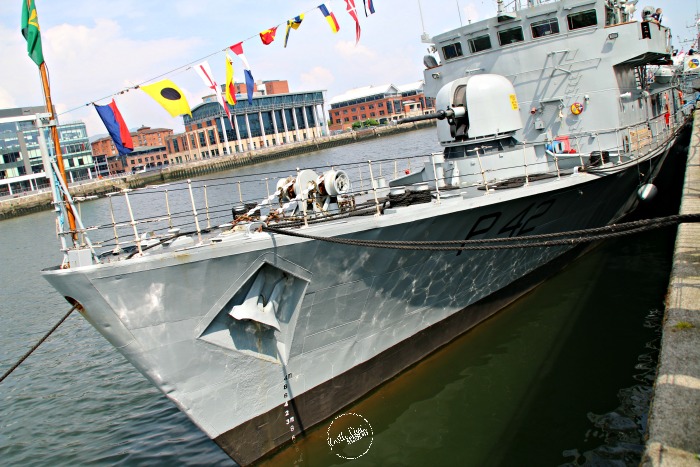 June 9-10 is the Sea Bangor Maritime Festival where there will be food stalls, duck hunts, street theatre, music, a climbing wall and more.

Every hour from 9am until 6pm the 24 chimes ring out in a tune from the Alice Clock at Fountain Square.  To make this more fun, characters from Lewis Carroll’s Alice in Wonderland come out and rotate around the clock!  Every third hour religious characters make an appearance.  We were meant to watch the clock the last time we were in Belfast city centre, but we missed the start as we’d nipped into Sawyers and by the time I’d paid for my purchase and ran out onto the road it was almost over.  But if you time it better than me, take the escalator to the upper floor and you can get a better view.  Fountain Square is behind Boots Chemist, just past Sawyers on the right.  It’s hard to see the clock from the street, but it is possible.  This clock reminds me of two similar ones I’ve seen in Japan in Toyama and Kurashiki. 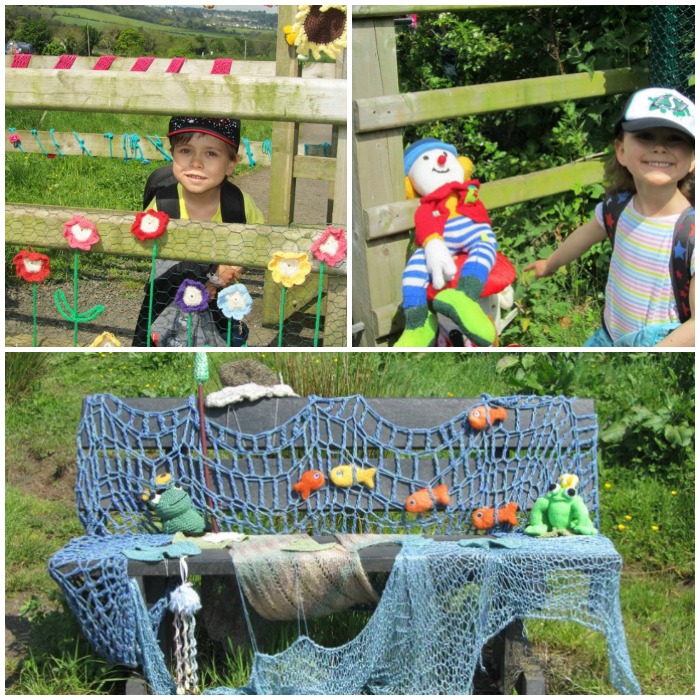 On June 16th the Woollen Wood kicks off at the Diamond Jubilee Wood in Whitehead from 1-4pm.  Should you miss the launch, don’t worry, the wonderful woollen creations will be on display all summer long!  And if you’re crafty, knit or crochet some little creatures and drop them in to Lighthouse Yarns, Whitehead to have them displayed in the wood.  Each year the Woollen Wood becomes more and more colourful, we love it!

Walk through the Botanic gardens between Queen’s University and the Ulster Museum.  If the weather is agreeable, it’s the perfect place for a picnic with big spaces for children to run and big old trees that drop pine cones that my children love to collect.  Have a wander through the Palm Garden and see some interesting plants in this historical building.  In the second half of June you’ll be sure to enjoy the rose garden in full bloom. 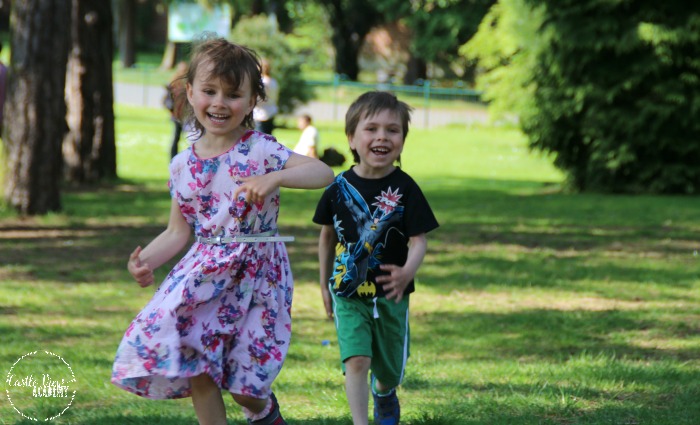 While you’re in the Botanic gardens, spend some time at the Ulster Museum. We stopped in for a few hours last week, and the kids want to come back and spend the WHOLE DAY here! There are always special exhibitions, and you’ll discover a lot about Northern Ireland, as well as some artifacts from around the world, including the resident mummy.  There are also 3 discovery areas that are set up with lots of fun activities for kids to do.

Try a Hop on-Hop off tour of Belfast in a double-decker open-topped bus.  I’ve been on such a tour in Edinburgh and really loved it.  It didn’t exist in Belfast when I first arrived, and by the time such tours were running I’d already visited the locations myself.  However, Mom and Dad did this tour two years ago and spoke highly of it.  It’s something I think would be a fun way to spend the day with the kids and feel like tourists and see things from a new perspective at the top of the bus.  It hits many of the spots that aren’t within walking distance of the centre of Belfast, and you don’t have to juggle several city bus routes to get to them, so it would be value for time and money just from that perspective.

Belfast Castle Estate & Cave Hill Visitor Centre is up on the hill that you can see from outside the Central Train Station.  From a distance you can see that it looks like Napolean’s hat and nose, and it was the inspiration for Gulliver’s Travels.  The view from Belfast Castle, down over the city and Belfast Lough is beautiful.  Although you can’t tour around the castle as it’s used as a conference venue, there is a tea room in the basement, and you can go to the visitor’s centre and learn more about local wildlife.  If you’re an active family, get a map and hike up one of the trails.

Have you visited any of these attractions?  What did you think of them?  What do you have planned for the month of June?  Share your ideas in the comments below! 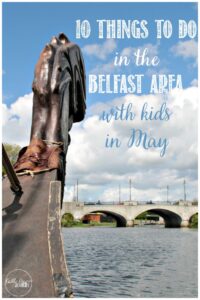 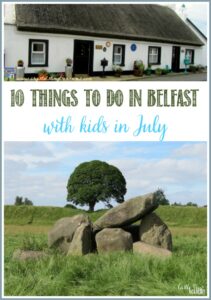 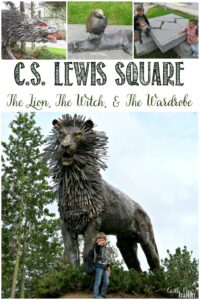