I’ve always had a thing for calligraphy so I was excited for my son and I to try it using Perfect Reading, Beautiful Handwriting from Everyday Education, LLC. 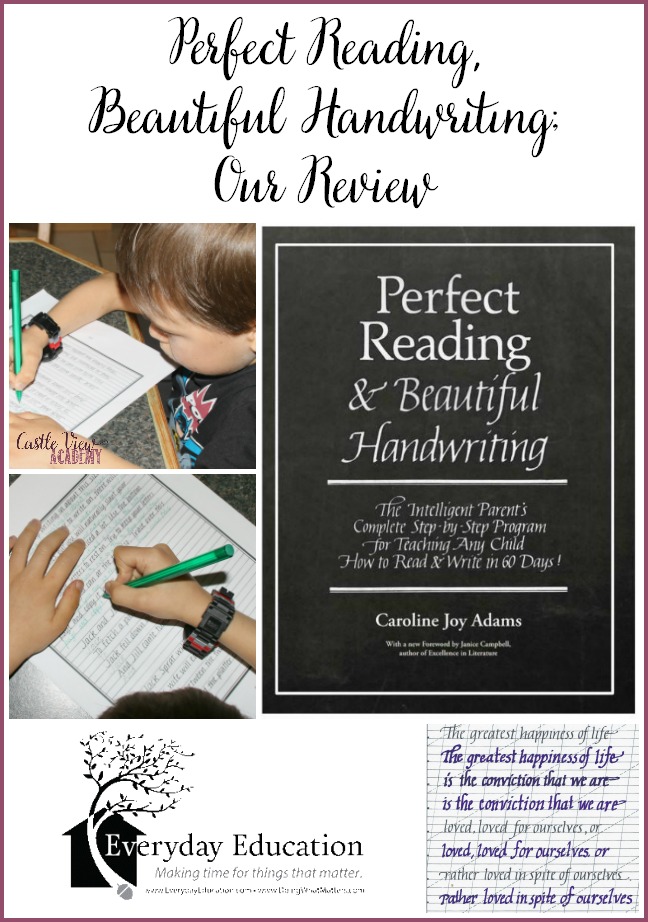 Beautiful handwriting is a thing in my father’s side of the family.  His father had the most beautiful ‘everyday’ handwriting I’ve ever seen a man write (and better than most women).  My dad also creates beautiful calligraphy.  I remember taking a calligraphy course with my grandma (on Mom’s side) when I was twelve.  I still have the pen from that class, as well as a new set Dad gave me as a gift when he visited last year.  Thus the opportunity to try out this product interested us. 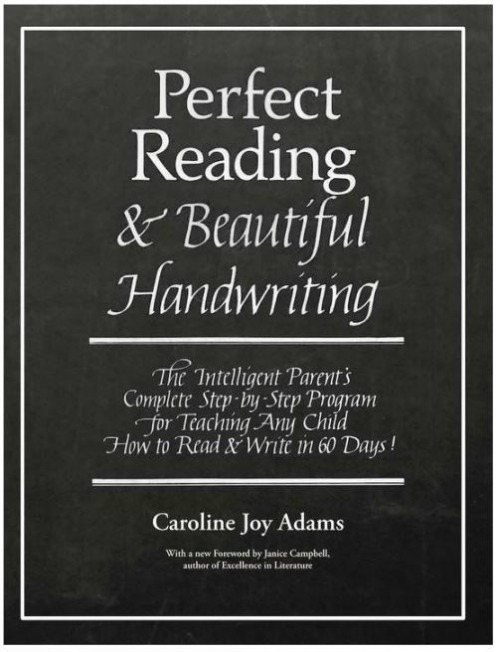 As the name of this product suggests, it can be used as both a supplement to reading and handwriting.  The main part of the book deals with learning phonics through 60 lessons, while doing copy practice at the same time to improve penmanship.  There are explanations about how to teach the lessons. why phonics are a good way to learn, and when it’s a good time to teach a child to read. 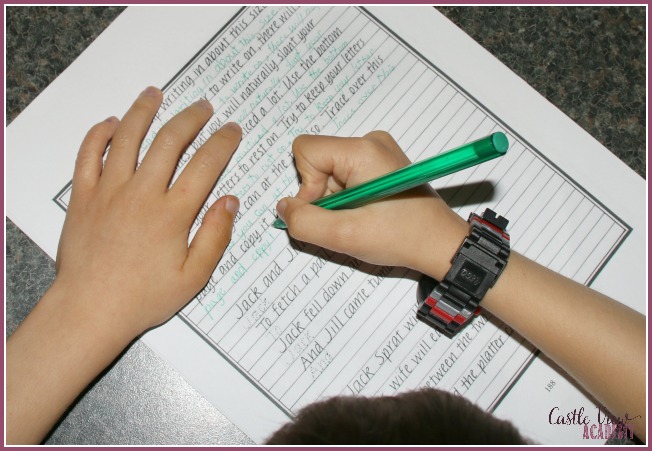 Since my son is now beyond phonics and my daughter is currently in the middle of her second phonics program this year, I thought it was best to let her just continue on with what she is using – and it was the handwriting that I was most interested in – so this is where our time was spent.

This is a digital product that you print at home.  There are pages to print that have silly sentences on them to copy over and then write them again in the lines directly below.  It starts off with ‘upright italics,’ which I had never heard of before – I’d always known italics to be slanted.  Essentially, this is more of a pointy upright font rather than the standard italic font. 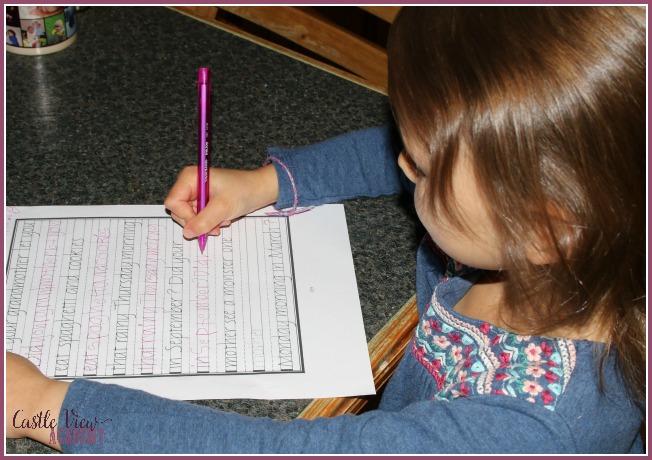 Following the lessons on the upright font, there is a little practice with the slanted italics as well – but that isn’t the focus of the the product, so I was a little disappointed about that as I thought Tristan would be learning the slanty style rather than needing to first go through the upright font to get used to the way the letters are formed with this style before moving onto italics. 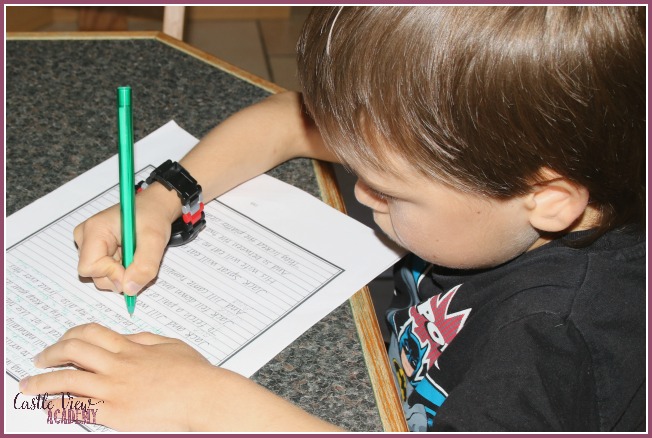 Once kids learn the slanted italics, then they can move on to a little joined-up letter practice, which is somewhat the way I’ve been writing since evolving my own handwriting while taking university notes.  It isn’t cursive, but it isn’t quite printing, either – a bit of a mix.

The lines on the page for the upright font were different in that the dashed line wasn’t the ‘midline’ but rather the space between the lines.  And the uppercase letters don’t go to the top of the page, yet some of the lowercase letters do, which is different from the way much handwriting is taught (you can see this on the first line below). 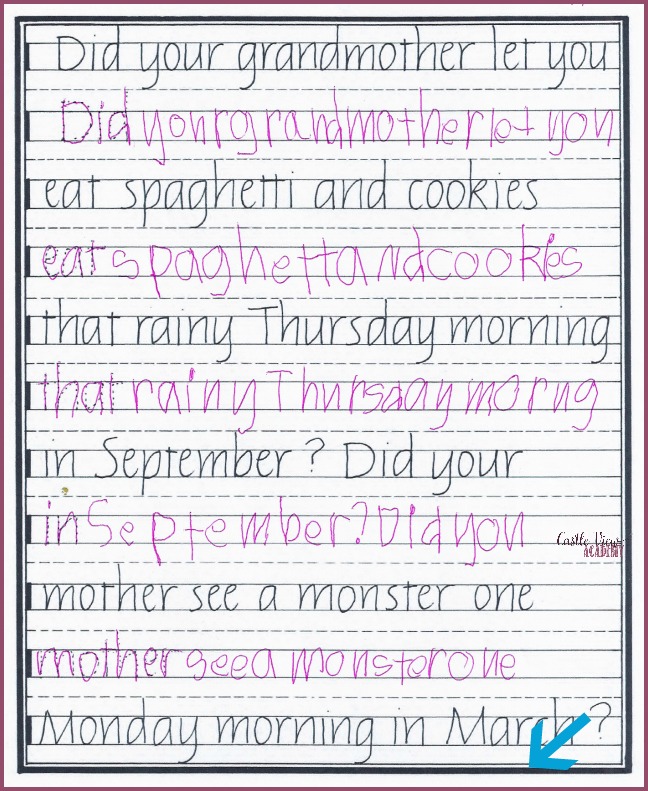 There are funny little sentences to copy; although, unfortunately, many of these pages don’t have enough space at the bottom of the page for children to write the last line of the text, which my children found a little annoying.  Further on, children can copy out the poem, ‘Twas The Night Before Christmas’ or answer a few questions about themselves. 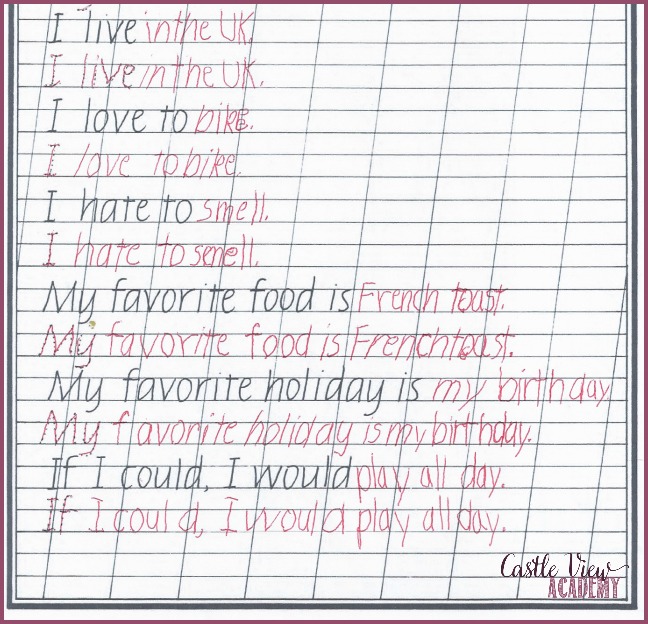 Once children have mastered the slanted italics, then they can move on to calligraphy in a more formal style.  I sat down with the kids on a couple of occasions and practiced a little calligraphy while they practiced upright and slanted italics.  Obviously it’s been too long, and I need to practice some more! 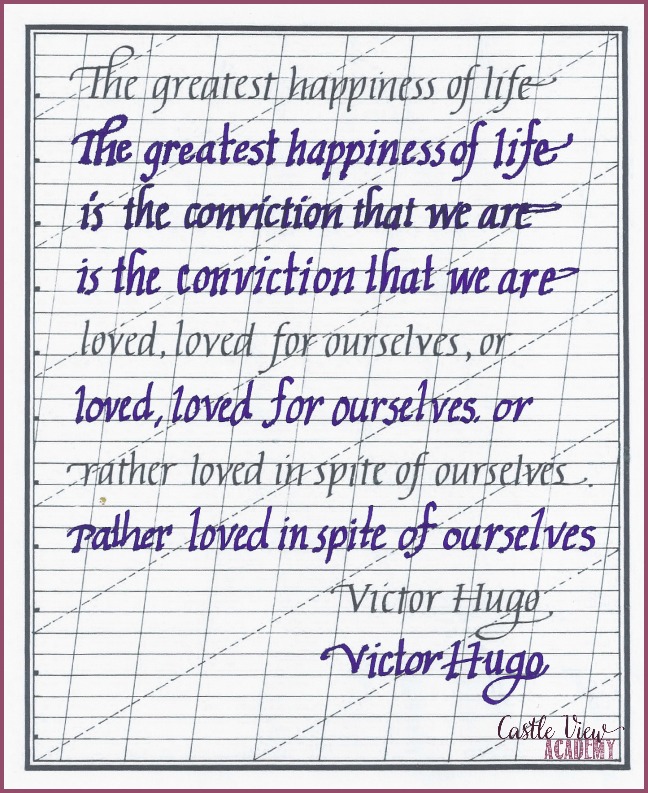 The font taught uses ovals rather than circles, which is meant to be easier for children to master; however, my children have had some trouble moving to this mindset.  With this in mind, it might be better to use this as a first program rather than as an add-on later.

The style of this handwriting is different from what the children have been used to doing for the past 6 years so it’s a bit of a transition from the lines to the way the letters are formed.  It’s a bit of a challenge for the kids, but I’ve promised that if they can master it, I’ll let them try my calligraphy pens.

Some might think that calligraphy is on the way out with the use of computers…but earlier this year I saw someone local looking for someone to fill out certificates by hand using calligraphy – so there’s still scope for it today.  Dad used to make a little extra income on the side…perhaps this could be a new trade for the children in a few years! 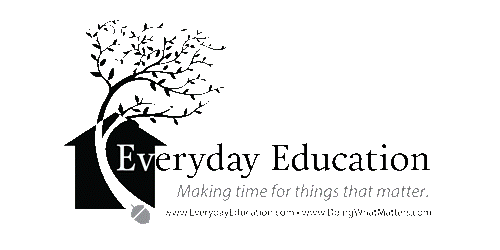 Previous Post: « 4 Fun History Books For Kids To Travel Through Time And Culture
Next Post: 11 Ways To Make Homeschooling Easier »